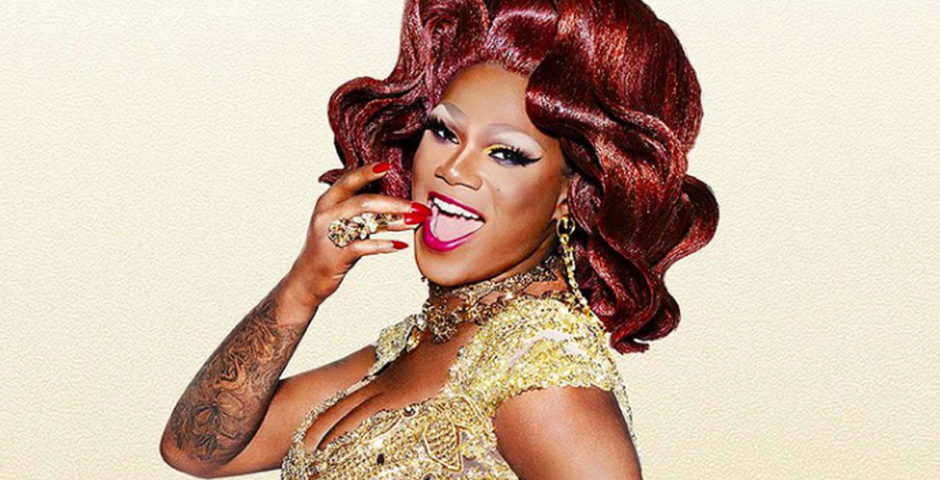 Chi Chi, who’s real name was Zavion Michael Davenport, was diagnosed with scleroderma in 2018 and had been in and out of hospital recently for suspected kidney failure and pneumonia.

Her family confirmed her death in a statement released yesterday: “It is with tremendous sorrow that my family and I announce the passing of my beloved son, Zavion Michael Davenport, the world renowned Chi Chi DeVayne.”

The official notification from his family!

Chi Chi first appeared on Drag Race in 2016 where she came fourth and performed that legendary lip sync of Dreamgirls’ “And I Am Telling You I’m Not Going”. Chi Chi also appeared on All Stars in 2018 where she came in eighth place.

Since the news of her death many fellow drag queens have been paying tribute to her on Instagram and Twitter. RuPaul has also commented on her passing as well as the organisation GLAAD.

Here are just some of the tributes to Chi Chi DeVayne:

"On behalf of VH1, World of Wonder and the cast and crew of RuPaul’s Drag Race, I extend my deepest sympathy – from our family to hers." –RuPaul (2/2)

❤️❤️❤️ an iconic queen literally everyone in our industry will always love. pic.twitter.com/UspJ3KzQaC

We're extremely saddened by the loss of Chi Chi DeVayne. An incredible talent and artist who will be truly missed. Rest in power, Chi Chi. ❤️ pic.twitter.com/WMlUQtuv5r

When I first saw Chichi on tv it made me believe that one day I could be there too. I first met her as a fan and I burst into tears. She hugged me, then we smoked!😉 We’ve traveled together a lot since then. it’s an honor to call her sister. Zavion will forever be missed.😔 pic.twitter.com/JTK3eRKzVF

RIP @chichidevayneofficial.
Always forever a queen in our hearts.
Keep dancing with the angels above and let them have it!!! pic.twitter.com/EshgFSA4XG

Chi Chi Devayne was such a light during her season and beyond. She always showed how being humble, honest and your true authentic self will get you far! She was a TRUE STAR and her legacy will live on forever #RIPChiChiDevayne 🌹 pic.twitter.com/Q0VGgyCngr

I love you ❤️ Chichi 👑 pic.twitter.com/woKZv7z7EB

Chichi was hands down one of my favorite queens to work with. I first met her right after filming s9. We smoked the fattest blunt & she gave me amazing advice I’ll never forget. All my memories with her from the Xmas tours will be in my heart forever. Rest in power sweet angel 😞

❤️ Chi Chi was truly one of the most supportive queens. Please keep her family and friends in your thoughts, and try to work towards being the symbol of kindness that she exemplified for so many. We all love you and will miss you. pic.twitter.com/pOLjEN5pPJ

Well that just fucked my week up…… my god… keep us covered and safe! Love you lil sister..rest on @chichidevayneofficial 😞😞😞🙌🏽

Im so num right now my heart is broken into peaces.. I couldnt even got see her. 😪😪 I love you always chichi. My dancing angel..

Heartbroken doesn’t begin… so sad to have lost such a sweet, endearing sister. RIP ChiChi pic.twitter.com/kv0qGDPvym

I’m so sad! She was literally the kindest person! RIP

Chi Chi was so kind to me. At a time I was really low. I’m just sat here in tears. R.I.P you beautiful angel.

RIP ChiChi 😪💙 What a powerful soul, who’s light will continue to shine bright ✨

The world has lost a true queen, with a true heart. Rest In Peace #ChiChidevayne

Take a second to celebrate Chi Chi. I remember listening to her on What’s The Tea and being totally enamoured. Very very sad. pic.twitter.com/wm3iDG21Xl

Rest in Power! 💔 So sad and heartbroken to hear of the passing of #chichidevayne you’ll be loved and missed sis! ❤️ pic.twitter.com/sYEIRMZ5u9

•So you think you’re obsessed with Drag Race? Get full marks in this quiz and PROVE it