Picture the scene: You’re on a date. He hears you order vegan food, he sees your nose ring, he’s seen your Insta bio so he knows you’re a feminist. He speaks about politics and Black Lives Matter; you’ve finally found a boy in the pile of actual trash who shares your beliefs. You mentally plan the wedding, your children’s names and when you’ll get your first labrador together. Fast-forward a few months, you’ve been dating and sleeping with each other, when the cracks start to form. It turns out he’s not an anti-racist feminist – he starts making offensive jokes and it turns out he’s actually anything but open-minded. Oh no. You’ve been wokefished.

Coined by Serena Smith for VICE, wokefishing is when people pretend to be woke and have progressive views in order to get with you, when in fact their actual opinions are the exact opposite. She says a wokefish will try to come across as if they are a “protest-attending, sex-positive, anti-racist, intersectional feminist who drinks ethically sourced oat milk and has read the back catalogue of Audre Lorde, twice. But in reality, they don’t give a shit” – or, worse, they’re actually actively against it.

The Tab spoke to relationship expert Dr Elesha Vooght at Kandid. She said people wokefish to try and fit in with people’s current progressive ideas, trying to hid any “outright undesirable views” they may have. She said: “There’s a good chance they’re just saying the current ‘in’ buzz words without truly understanding what they mean. For example, they may believe they support the Black Lives Matter cause but not understand the significance of a casual racial slur they’re using. It seems to be a mixture of ignorance and sheepish tendencies, which is a dangerous concoction.” 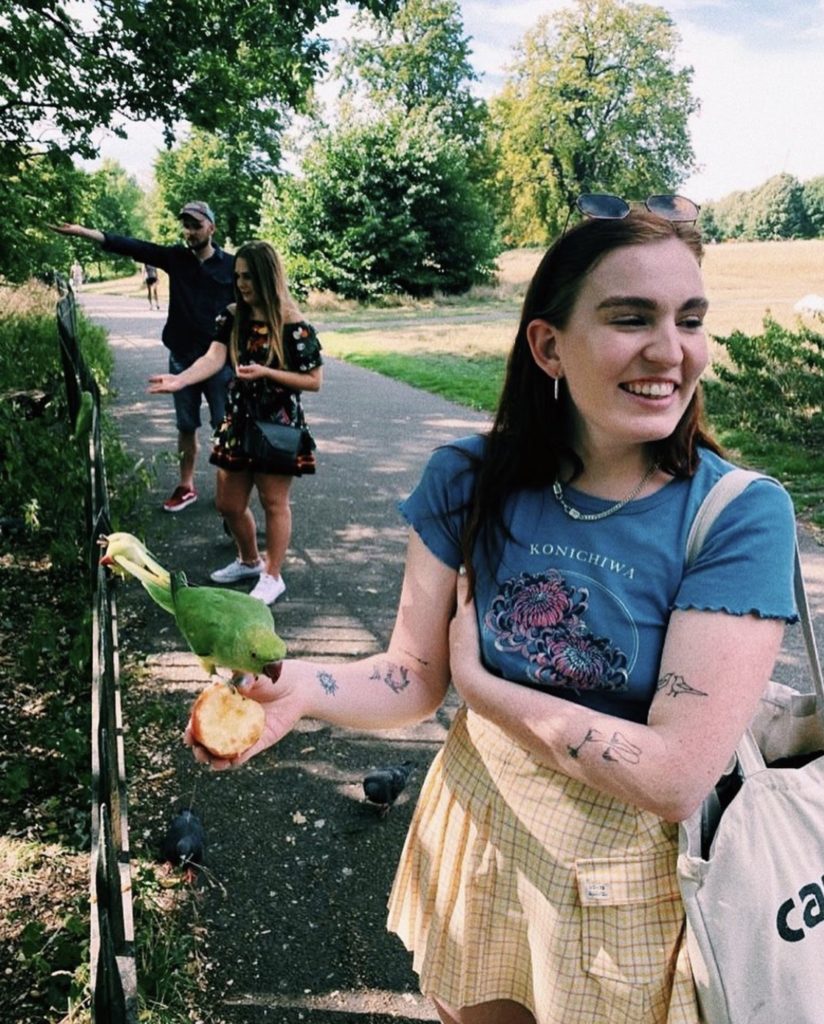 Maddy, a Coventry student, once dated a wokefish. She says: “He seemed really forthcoming and acted like he was the King of being progressive, said he was a feminist and antiracist” – but then said the n-word in front of her, treated women “like shit” and would make jokes about women “not having rights”. “He acted almost so progressive that he could get away with saying these things, but really that’s not progressive at all,” she says.

The boy would say he was woke but liked using offensive jokes to to annoy Maddy and get a reaction. Maddy told The Tab: “He loved to shock, so he would say all these really awful things. I would fight with him and then he’d say: ‘Oh I’m just trying to rile you up’, but  there’s no excuse, you’re not doing this to get a reaction, if you’re comfortable saying it, you’re comfortable being complicit in it.” 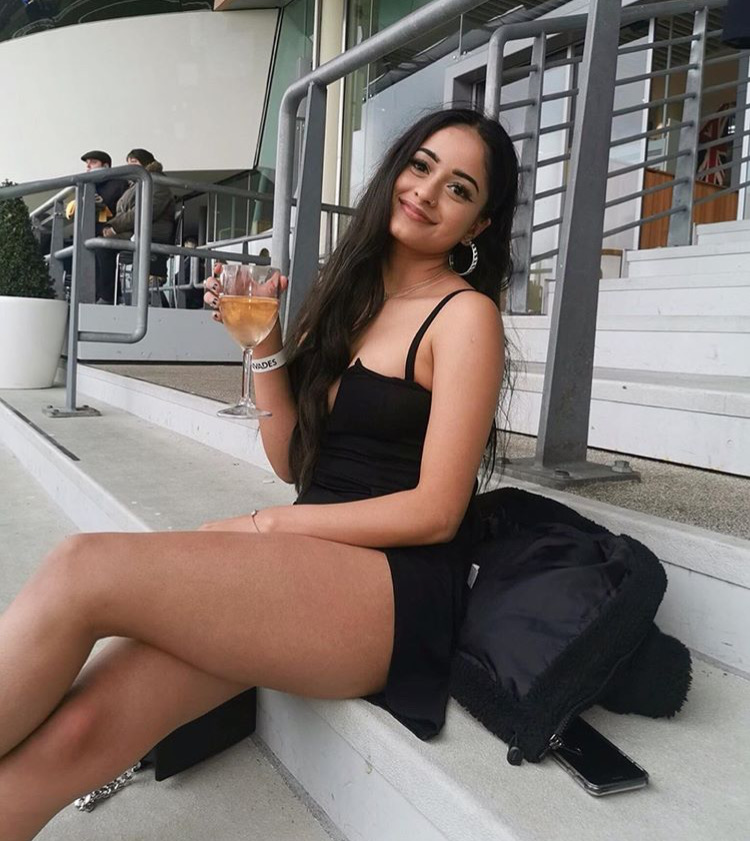 Southampton student Sanjana says she is all too familiar with wokefishing. Sanjana studies Politics and International Relations, and says as soon as she mentions her degree, “they’ll be like: ‘Oh my god I hate the Tories’, or: ‘I love Jeremy Corbyn’, but then you ask them why they literally know nothing about politics.”

Sanjana obviously doesn’t expect everyone to know as much about politics as she does, but says: “It’s just awkward when I can tell they’re making up woke beliefs in order to impress me, because then when you ask them to explain more they don’t really know. They’ll say stuff like how there are too many immigrants in the UK, and I’m like erm I was born in Mumbai so I’m an immigrant.”

Emma, a Manchester student, has had similar experiences with wokefishing. She’s outspoken about her beliefs and feels like people she dates then make “sweeping generic statements”, agreeing with her or saying vague things about how racism or homophobia are “bad”. Emma told The Tab she’s “noticed it’s happened a lot more since I’ve more engaged in these different conversations, world problems and spoken up more about prejudices. I don’t know if it’s just become a bit of a ‘trend’ to be woke, of if it’s just that the more you speak up about it, the more people you date want to impress you at the beginning by pretending they agree.”

It soon becomes obvious that the wokefishers don’t actually believe in what they’re saying. Emma says they’ll talk about Black Lives Matter but then sing the n-word; say they’re a feminist but then talk “grossly” about women on TV; or even outright lie and say they’re veggie when they’re not. She then starts to “see the cracks”. “Because it’s such a big deal for me, I’ll expect it to be part of everything they believe in – not just that he’s not a racist, but these are the sort of conversations I have a lot with people, because I love talking about deep beliefs and politics”. When Emma tries to talk about these issues more, “they feel like they can’t say what they want to say, but then behind my back they’re saying inappropriate things to their mates, and then it just becomes a bit obvious.”

Emma says: “I’ve really noticed that I’ll start speaking to someone and they’ll really agree with me and seem really woke, feminist and independent, I think it’s gotten worse now as it’s so much in the public eye and so talked about. But I’ve realised it’s really obvious when someone’s actually interested and saying something they believe in, rather than when they’re saying something they don’t believe in just because they want to impress you or know it’s the right thing to say.”

How can I avoid being wokefished, and what should I do if it happens?

Dr Elesha told The Tab: “It’s really difficult to avoid being wokefished, especially on online dating platforms.” When we’re using dating apps or just meeting people for the first time, “we often have to assume” the person we’re speaking to is being truthful and believes everything they’re saying – but red flags may start to show as you get to know them better. Dr Elesha said: “Be aware of things that make your gut go ‘hmm… you say you’re a feminist but you just slut shamed someone’. These are the indicators that someone is no good! If what they’ve portrayed themselves to be is different to the views they’re starting to express, however small, take note.”

Because you might only spot the signs and realise you’ve been wokefished when you know the person well, it can be difficult as by then you’ve “made some sort of investment”. Dr Elesha said it’s important to “really trust your instincts, and if something doesn’t feel right, jump ship as soon as you can”.

As you’re emotionally invested you might want to try and change a wokefish, but Dr Elesha said: “It’s often not worth trying to educate these people as they’ve already demonstrated themselves to be slimy chameleons interested in personal gain and you’re unlikely to form a meaningful long term relationship with them if your moral compasses are so off from each other. Remember, this is not your fault. Don’t feel like it is something you’ve missed back in the early days. Dust yourself off, you’re worth so much more.”

• Sorry but why do boys always use these 31 phrases when they’re ‘apologising’?