All Scottish students who had their exam results downgraded will now receive their original, teacher-estimated marks, with the Scottish government saying “an apology is not enough”.

“All downgraded results will be withdrawn,” Deputy First Minister John Swinney announced, adding that students whose grades increased with moderation will keep those grades.

Students taking Scottish Highers were given estimated grades by teachers, which were then moderated by exam board SQA.

Some changes were as drastic as B grades being reduced to fails, and students have been left relying on appeals to secure uni places they had spent months thinking were in the bag.

Overall, 25 per cent of results were moderated, with 93 per cent of those moderated down. It meant 75,000 students ended up with lower grades than those awarded by their teachers. 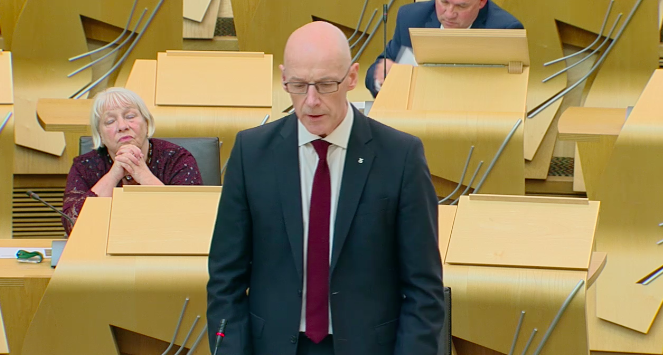 Swinney said there were bigger increases in pass rates among disadvantaged students than among any other group. The moderation was born out of concerns that accepting teacher estimates would lead to grade inflation, and devalue qualifications.

“We now accept that concern, which is not without foundation, is outweighed by the concern that young people, particularly from working class backgrounds, may lose faith in the education system, and form the view that no matter how hard you work, the system is against you,” Swinney said.

• ‘I went from a B to a fail’: Scottish students on their results being moderated down