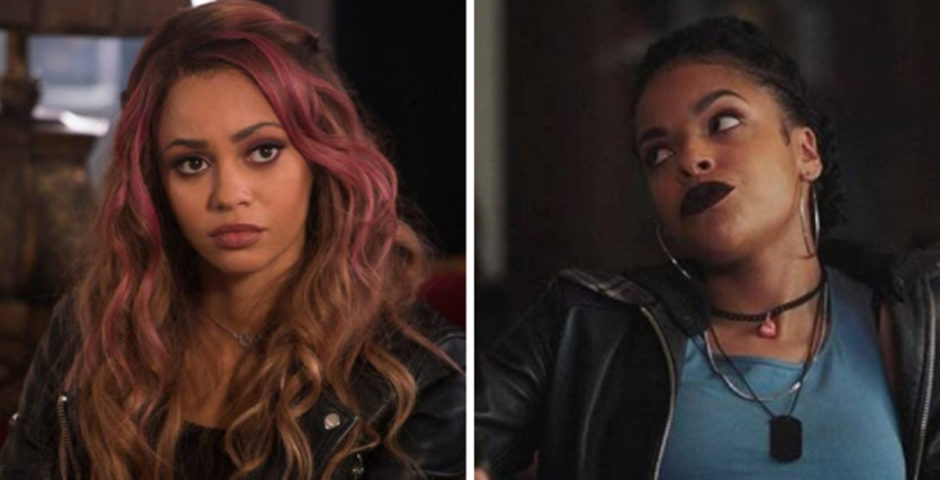 Two black actresses starring in Riverdale have called out the show for its lazy portrayal of black characters, saying they were made to act “sassy” and never given any real backstory.

Vanessa Morgan and Bernadette Beck, who play Toni and Peaches ‘N Cream on Riverdale, have both recently come forward and opened up discussions of race on the set of Riverdale.

In May, Vanessa Morgan tweeted: “Tired of how black people are portrayed in media, tired of us being portrayed as thugs, dangerous or angry scary people. Tired of us also being used as sidekick non-dimensional characters to our white leads

“Or only used in the ads for diversity but not actually in the show. It starts with the media. I’m not being quiet anymore.”

She went on to say that she was the “only black series regular but paid the least”.

Since then a second star, Bernadette Beck, has spoken out and echoed Morgan’s sentiments. Beck, who plays Peaches ‘N Cream in season 3 and 4 of Riverdale, has said she was made out to be “unlikeable” in her role, and was just there to “fill a quota”.

Speaking to Elle.com, Beck said: “I was, for no reason, depicted in a very negative, unattractive light. And I’m not the first Black actress to show up on set, stand there, chew gum, and look sassy and mean. I feel like I was just there to fulfill a diversity quota. It’s just to fulfill points. I was made out to be a very unlikeable character and therefore, an unlikeable person in people’s eyes.” This translates to real life. Because of her character’s personality, she has been treated as an enemy by Riverdale stans. According to Beck, she has been body-shamed and subject to death threats. This treatment led Bernadette to have severe anxiety attacks.

Fun fact: Taken by @lizrosa 2 hrs before I got into a car accident last year 👀😒

But it’s not just the fans. Like Vanessa Morgan’s tweeted statement, Beck’s feeling is that this was the fault of producers. She was given very few lines, often just placed in the background of scenes – usually working as a service person, on the door of an event or DJing – and was even forgotten by directors at times.

She told Elle.com: “I was completely forgotten in the scene more than once. The director [would] be walking off set and I’d have to chase them down because I had no idea where to stand, what to do – I just hadn’t been given any instruction. You can’t treat people like they’re invisible and then pat yourself on the back for meeting your diversity quota for the day.”

Beck emphasised the importance of black characters with substance, character development and likeability – something which Riverdale sorely lacks. She said: “I didn’t understand when I first got on that show that it meant something for your character to be likable. Some people say it’s just a TV show, but I’m thinking about the implications long-term. If we are depicted as unlikable or our characters are not developed or we’re looked at as the enemy all the time, that affects our public persona. What kind of opportunities are we losing out on even after Riverdale?

“Our white co-stars are getting all this screen time and character development. They’re building up their following, generating more fans, selling out at conventions, and fans have more of an emotional connection with them. But if we don’t necessarily get that, and we’re looked at with disdain, what does that do to us, and how does that stain our reputation moving forward?”

Riverdale writer Roberto Aguirre Sacasa responded to Vanessa Morgan’s original tweets, saying the Riverdale writers “hear Vanessa”, “love Vanessa” and will “do better”. The statements says that change comes from within the writer’s room, implying that black characters will be more developed in future.

We can only hope this applies to all black roles, and the creation of more black roles, because not everything is Peaches n Cream on the Riverdale set right now.

• VOTE: What is the straight up dumbest thing to have ever been put on Netflix?