Being a bisexual woman is a minefield. Straight men sexualise you, straight women think you’re coming onto them, the whole word thinks they have more of a say on which way you’re “swinging” lately than you do and everyone acts like you’re hypersexual or “greedy” for liking two genders. Throw that all together with an appearance on the most popular reality TV show in the country, 1.7 million Instagram followers and relationships the Daily Mail just LOVES to write about and you’re living a pretty chaotic life. Megan Barton Hanson’s life, to be precise.

We were introduced to MBH (she has the kind of power that means you can abbreviate her name to three letters, like JVN or AOC) in 2018, during Love Island series five. This was also the summer of the World Cup, and what is widely accepted as the best summer of our lives. I’m not saying Megan was a main player in that but I’m not not saying that, so take that how you will. MBH captivated us with her massive, chaos loving eyes and “effortless” strip tease, after which the nation has never been the same.

After Love Island Megan came out as bisexual in an appearance on Celebs Go Dating, where she dated a female co-star. She’s had relationships with women and men, all of which have been thoroughly well documented by news site after news site. She spoke to The Tab about all the annoying encounters you face as a bisexual woman, what it was like coming out, getting rejected from Love Island on her first try and how she’d have loved to couple up with Maura Higgins if they had been the same series.

‘I started thinking about this girl all the time, I loved everything about her’

Megan realised she was bi when she was 20, after a sexual relationship with a girl turned romantic. Megan was already working in the sex industry, and had always been open about her sexual interest in women, so coming out wasn’t too much of a struggle, she said. “For me it wasn’t too difficult,” Megan told The Tab. “My parents are super open. My mum has always been open with me with anything to do with sex – it has never been awkward. So it was easy with my parents. Coming to terms with it myself though, it was a bit of a shock. I always knew that I liked girls and found them attractive, but I only realised I was bi when I had an experience with a woman that was more than sexual. I was thinking about her all the time, I loved everything about her and I could really see myself with her.

“I had never thought I’d take women seriously in that sense, like I’d have sex with them but I couldn’t see myself having a relationship with a woman. For a while I think it was because I wanted kids, and I thought that would be super difficult with a woman – that was a big drawback to me. But obviously, when you love someone that’s just part and parcel at the end, it’s not impossible, you can still have kids. I was always really open about saying I found women sexually attractive, so I thought it was less of a big deal, that’s what made it easier for me.” 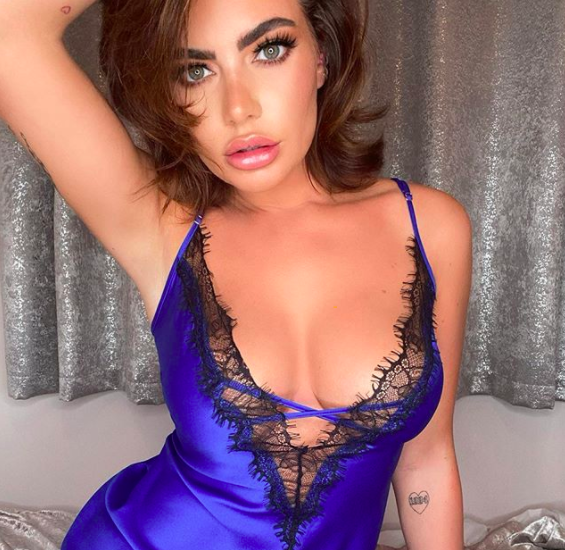 ‘Love Island had bi girls before, they didn’t want to do it again’

When Megan first applied to Love Island, she openly stated that she was bi on her application. She didn’t make it onto the show, but applied again the year after got on when said she was straight. She told The Tab it wasn’t any form of homophobia from ITV, rather that “they had done it before”, Megan said. “From a TV perspective I understand – two girls had got together on the show a series or so before. So I guess they didn’t want to repeat that.”

Once Megan was on the show, though, she was free to couple up with girls if she wanted to. She never did, but told The Tab: “I fancied Laura Crane a little bit but I never admitted that. I think because I was so invested in Wes and my relationship with the girls was more on a friend level I never considered [coupling up with a woman].”

If she had to pick any woman from any series of Love Island though, there’s one clear winner: “Maura. I think we’re so similar in so many ways, like our views and stuff – but I don’t know if I could handle her, she’s very high maintenance, but I guess I am too!

“Either her or Lucie [Donlan] from that series, she’s so lovely and natural and down to earth. As every series of Love Island goes on you can see people editing themselves for the deals when they get out of the Island but she seemed so real and genuine.”

‘Men can’t always handle my bisexuality, it hurts their ego’

“Once I’d had a relationship with a girl I didn’t actually think I would go back to men”, Megan told The Tab. “And then I met this guy through a friend of a friend and he would make comments – like if I’d say ‘oh she’s so stunning’ about a fit girl and he would be like “can you not say that”, like it was annoying for him. It’s men’s insecurity, they don’t want to hear that you like women because it hurts their ego.

“And I’ve had people say to me ‘well you’re not actually gay’ like they think I’m just doing it for attention. Because I’m not the stereotypical lesbian they think ‘oh you’re just faking it now’. It’s not just men, it’s women too – people think it’s just for publicity.” 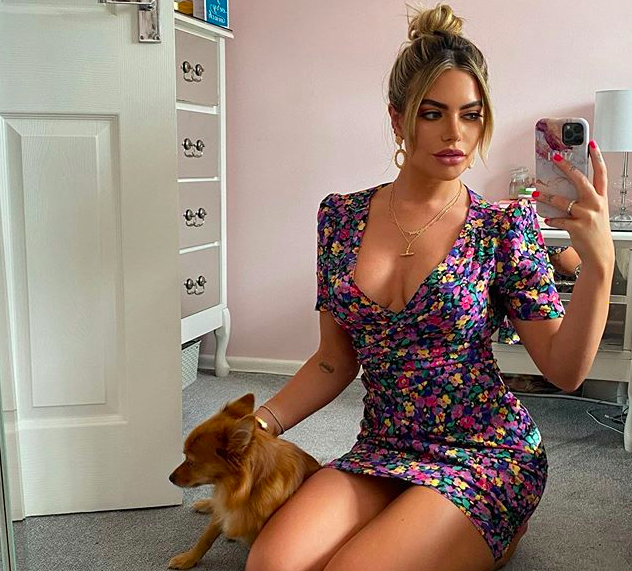 “People have said to me ‘oh well you’re just into women because you’ve been treated badly by men’ and I think that’s the most infuriating comment – people saying bisexuality is because of bad relationships with men. It has nothing to do with that.

“Or when they say I’ve ‘gone back’ to being straight when I date a man again. That’s nearly as infuriating as being told it’s because of bad relationships with men, one hundred per cent. When it came out in the press I was dating a guy after my ex-girlfriend people were like ‘oh so you’re straight now?’ like it’s a switch that you can just flick on an off. It was so annoying.

“When you’re bi, people are always thinking ‘who’s she going to date next a guy or a girl’. They’re trying to see whether I’m doing it for show or whether it’s genuine, but my relationship with a woman was even longer than my first relationship out of Love Island [with Wes]. It’s obviously not for show.”

‘They think my bisexuality is a sex addiction’

Before Love Island Megan worked as a stripper and a cam girl for a bit to make money. Any bisexual woman will know the frustration of someone comparing your sexuality to being “greedy” or a “slut”, and Megan experienced exactly that. She told The Tab: “Because I’ve worked in the sex industry people sexualise my bisexuality, when really for me that was just a job. Coming from that sex industry background people automatically slut shame you, saying ‘it’s a sex addiction’ or something. Sex is an element of all relationships, of course, but the actual connection I have with someone I’m dating is far more important.”

‘If you think you’re bi, don’t pressure yourself to figure out, just live in that moment’

For any bisexual women coming to terms with their sexuality, Megan said: “Just be your most authentic self, if you wanna experiment with a girl but not date a girl – that’s fine. If you’ve only dated guys in the past but now you want to date women, that’s fine. You don’t have to explain yourself, just think in the moment that you’re in now – the moment you start over analysing it you put pressure on yourself that you don’t need. You’ve gotta be a little bit selfish in life to get through it.”

There you have it. Chaotic reality TV queen turned bisexual icon – Megan Barton Hanson is not playing down her bisexuality for anyone. And if you’re a woman struggling with your bisexuality, maybe rewatch her strip tease clip and then you’ll see the light. Happy Pride everyone!

Featured image (before edits) by Paweł Czerwiński on Unsplash, all other images credit to Megan’s Instagram.

• Quiz: Can you match the Love Islander to the series they appeared on?