I sold a bralette on Depop for £12,000 and someone actually sent the money

‘I messaged her saying that she’d just bought the bralette for 12 grand and she just replied, when would you be posting this?’

Beth Turner, an innocent Depop seller, accidentally sold her beloved bralette on Depop for a small sum of £12,000.

As veteran Depop users will be aware, sellers often list their products at a high price, so that interested buyers will contact the seller before purchasing.

“I just set the price to a stupid random number, not really thinking about it at the time. I only did it so the person would message me first before buying”, Beth told The Tab.

Next thing she knew, Beth had received a notification from Paypal saying that she suddenly had 12 grand in her account. 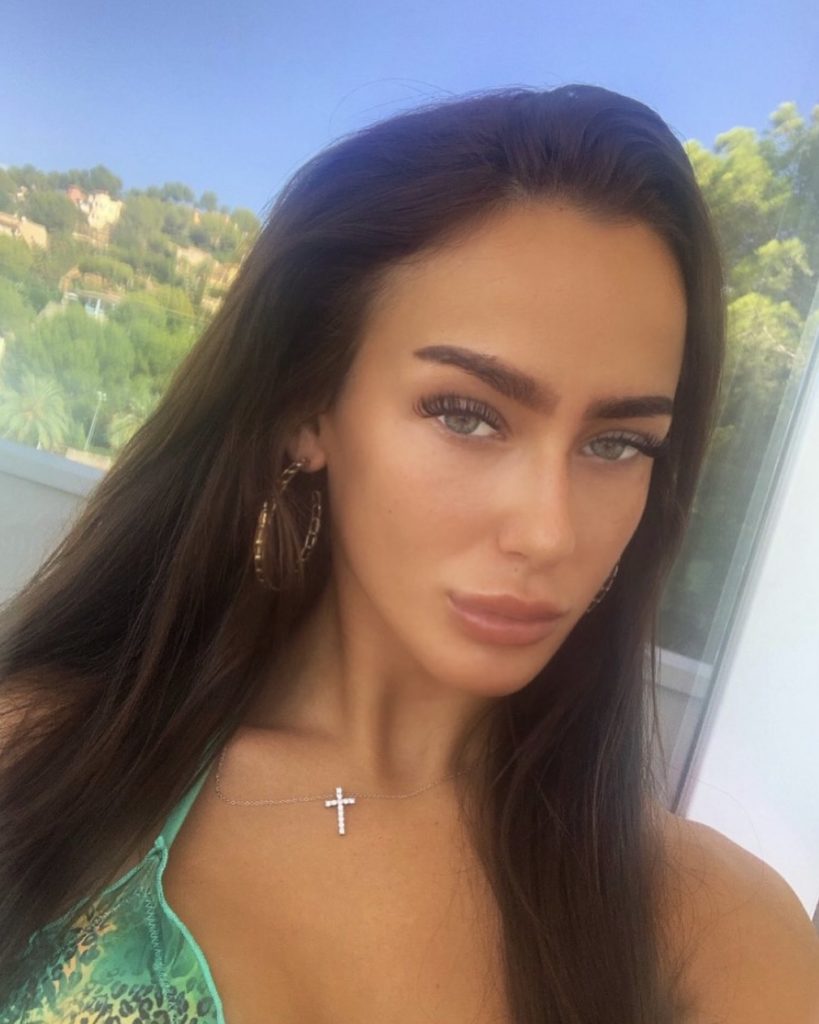 Beth said that she was, understandably, shocked and her first reaction was: “‘What on earth is going on?’ I went on my Depop to see that a random girl had just bought it.

“I messaged her saying that she’s just bought the bralette for 12 grand and she just replied ‘When would you be posting this?'” Beth told The Tab. “It was just crazy and absolutely mad.” 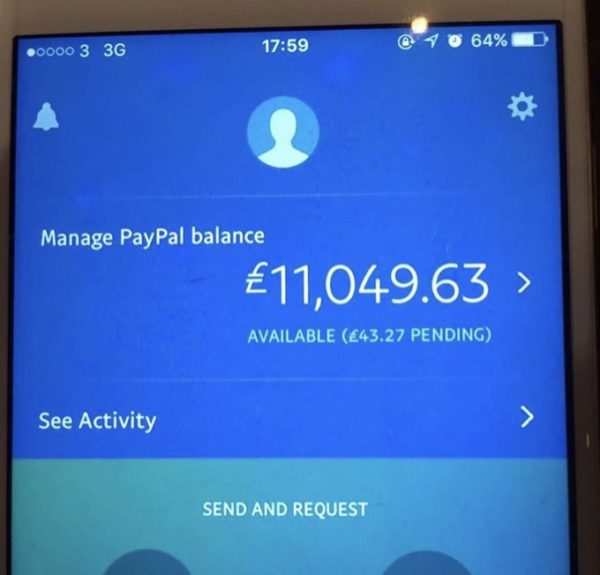 After a trail of messages back and forth, the buyer finally realised that she had accidentally paid 12 grand for the purchase. Beth told The Tab that she had to send another message saying, ‘Have you read what I’ve just put?!’, before the buyer realised her crucial error.

“When she realised, she literally crapped herself… she didn’t know what to do. She just broke down”, Beth said.

In a hysteria of panic and worry, the buyer started “begging” for a refund, telling Beth that she was a single mum with rent and bills to pay. “She said she had just gone 12 grand into debt because it had already taken it out of her account,” Beth said. 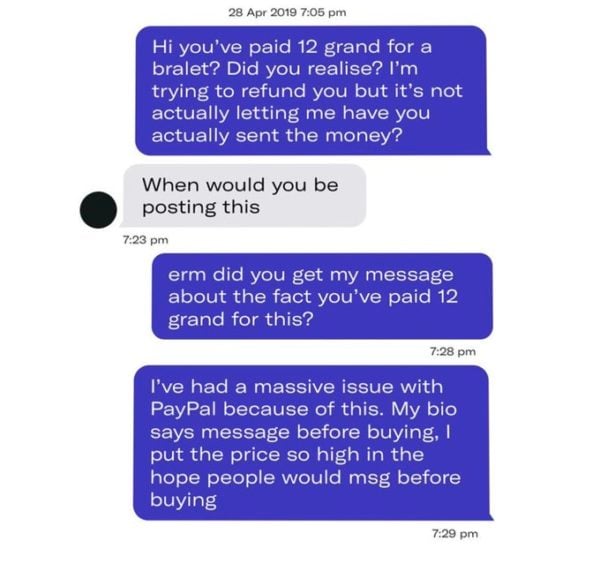 Beth ensured that her intention was always to refund, although her friends tried to convince her otherwise. “At first, all my friends were like ‘oh keep it in your account, she’s clearly got money’, but I would never do that. If it had happened to me I literally don’t know what I would’ve done with myself. After she started saying how she had to pay for a house and her child I just felt so awful. I just had to ring Paypal straight away to sort out the situation.”

Beth told The Tab that by the time she got round refunding her buyer, she was already “£400 in debt”, as Depop had already taken their commission from the purchase.

Although the situation resolved itself in the end and both parties were refunded, Beth admits “I was just in shock, I couldn’t believe someone had actually just put £12,000 into my account.”

Beth’s story was posted on the Twitter page Depop Drama, with a whooping 59.1 k likes.