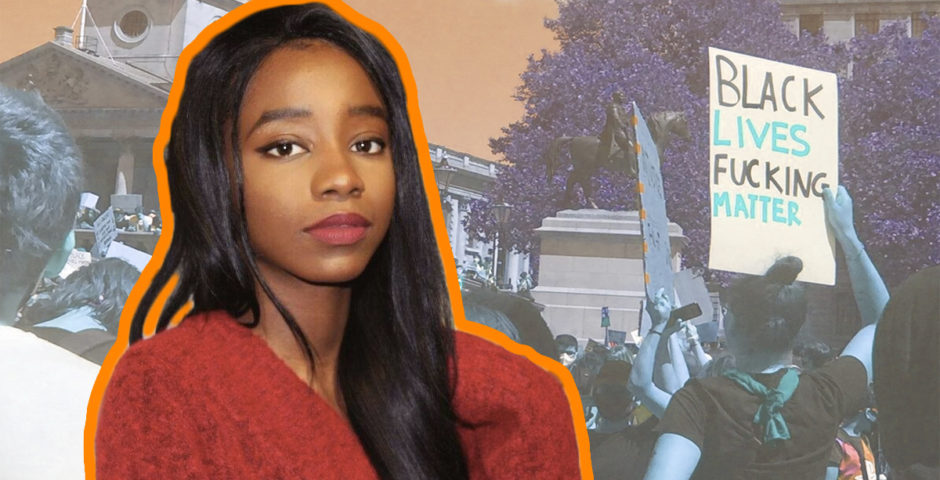 Black Lives Matter protests are planned throughout this week in the UK and abroad, but many people’s response has been “there is still a virus.”

Yes, black people are fully aware and devastated by the loss of so many loved ones, friends, and families, but people need to stop the fake outrage about social distancing when it comes to these protests, especially if you had nothing to say for those splashing all over beaches on the hottest days ever recorded, even before the gradual ease of lockdown was implemented.

And what about the VE parties? How dare you forget those dancing on the streets and singing with smiles on their faces whilst emergency workers worked tirelessly on the frontline and elsewhere trying to reduce the number of infected cases and deaths.

So stop your conveniently timed anger. The fake outrage is embarrassing and it’s not helping anyone.

If you’re not convinced, here’s some examples. MP Kevin Hollinrake recently highlighted the hypocrisy when he tweeted “Hope these people don’t blame the government if there’s a second spike” alongside a picture of a Black Lives Matter protest. When asked if he kept the same energy for people flooding beaches, he said NO. Excellent! Great response! At the very least, he serves to prove the point. An example of fake outrage by those criticising the BLM protests. And how bare faced it was.

Don't even go there!

Have you said that about the people flocking to the beaches?

A similar comparison was the unwise media coverage “urging” Muslims to avoid congregating for Eid celebrations, meanwhile white people aren’t urged to stop any kind of celebrations. The VE day coverage was so en masse you could almost argue it was encouraged.

Black Lives Matter protests are extremely important and are part of black people’s fight for justice. In the USA, white people had the energy to protest against the virus, for haircuts, “freedom” and wearing a mask. In brief, stupid stuff. This was even replicated briefly and unsuccessfully in the UK too.

Black people care about reducing the spread of the virus and we are trying our best to spread awareness of social distancing on our social media platforms. People are told to protest safely, measures are taken, more measures than those taken in hairpin curls and 1920’s costume celebrating VE day, that’s for sure.

Black people are dying every day for injustice reasons and a virus is not going to stop us from protesting about these issues. We do not want a second spike, nor do we want to gather protesting for basic rights, or to be killed in the middle of a global pandemic. The risk of spread before is the same now. We wouldn’t have to do this if the system was fair enough to include us too. From colonialism, slavery, a white-washed British curriculum, Windrush, Grenfell; the Commonwealth, according to many people, a reminder of the British empire and the first black MPs in parliament. Now, George Floyd’s death is the ultimate trigger from years and years of police brutality.

"Muslims urged" where's the same energy for the white people that did this in recent weeks? pic.twitter.com/kZchQmTVLt

Do not come after black people and allies alike exercising their voice through protests. Look at the politicians and government institutions and demand them to act, change policies, and enact REFORM! REFORM! REFORM! Vote out those unwilling to contribute to changing the current climate and always stand up for what is right.

We are the first to not want to get to the streets and protest when we are the most vulnerable group affected by the virus. NHS warned that BAME staff are “disproportionately affected.’’ This includes 60 per cent of the total number of deaths among NHS staff; over 35 per cent of coronavirus patients in intensive care, despite only making up 13 per cent of the UK population. Let’s remember 18-year-old Intisar Chowdhury, Belly Mujinga, Lillian Mudzivare, Dr Karamat Mirza, Augustine Agyei-Mensah, Onyenachi Obasi Afua Fofie, Julie Edward, Dr Paul Kabasele, Dr Saad Al-Dubbaisi Rachel Makombe Chikanda …to name a few.

Black people did not ask for this. We do not want to do this. But we have to. For our generation and future ones.

There is the option of exercising your voice in multiple other ways. Especially, for those at risk to themselves and others – use your social media wisely, donate, sign petitions, text call email to get involved. Educate yourself and do your research on black struggles in the UK and abroad.

Use your white privilege as an ally to the black community and stop complaining.

• These 17 books, docs and podcasts will help you educate yourself on race issues

• ‘Silence is compliance’: How you can speak out against systematic racism