Over 4,000 of you voted, so we can finally reveal the CBBC’s weirdest TV show

Earlier this week we ran a historical poll that sought to weed out the weak from the strong, the inferior from the superior, the Bear Behaving Badly from the Watch My Chops (take from that what you will).

That’s right, we asked you to vote for the most bizarre CBBC show to EVER be produced, and boy did you vote. Over 4,000 of you turned up to the virtual polling station, slip in hand and ready to push the weirdest examples straight to the top. And we can now reveal that the CBBC show in question is… 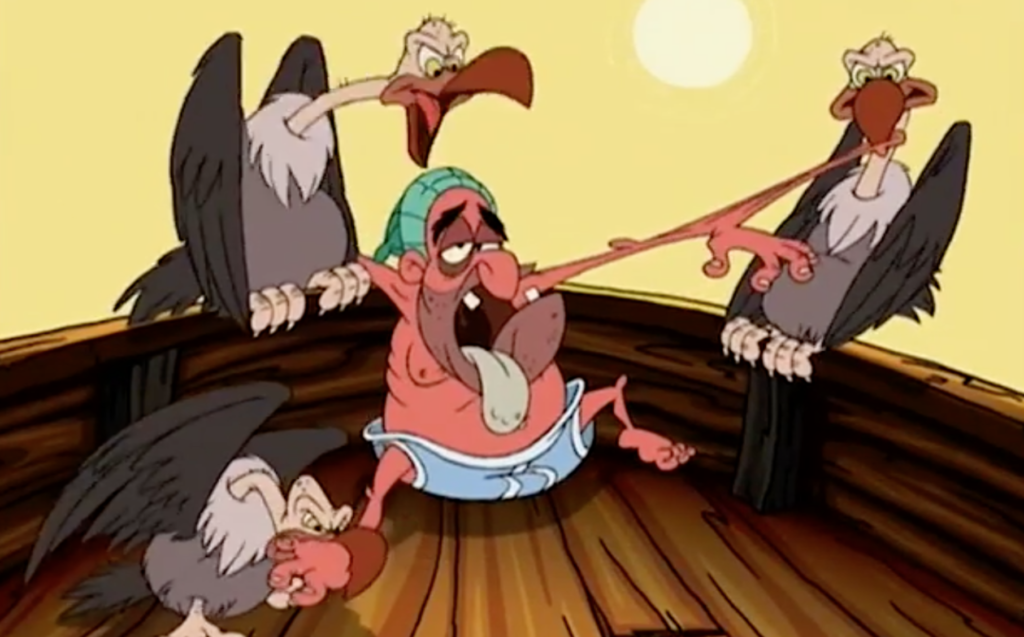 Yvon of The Yukon! That’s right, with over 30 per cent and nearly 1,300 of the votes, the strange man from France comes first!

Coming in at second place was Trapped, with over 500 votes, followed by other quintessentially weird CBBC classics such as Big Babies, Chute and The Slammer.

We approached Yvon’s representatives with the good news, but they declined to comment. 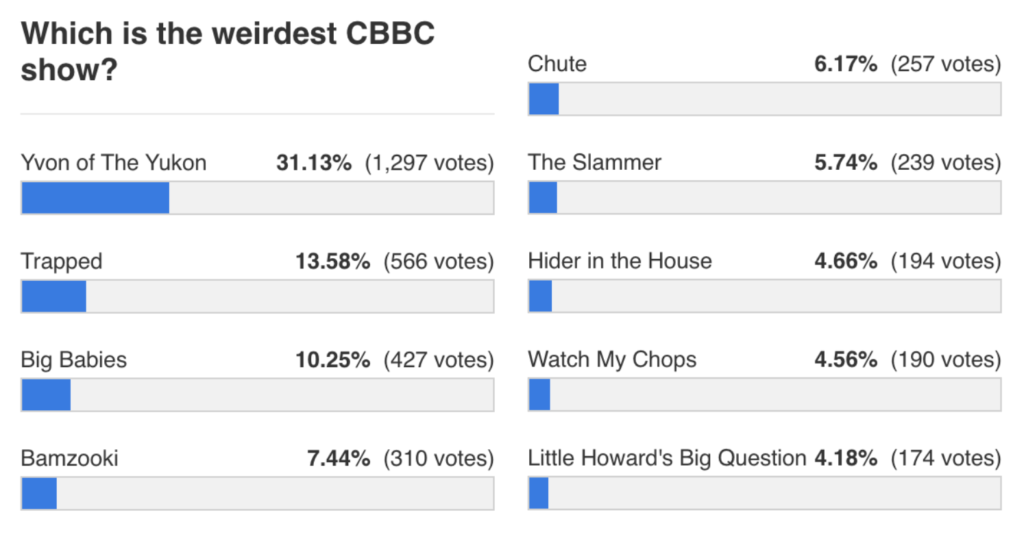