We shouldn’t have fawned over him

Edward Cullen was the entire world’s teenage crush at one point. Even if you were Team Jacob you were still a little bit Team Edward in secret. All you wanted was for him to exist in real life, notice you at school and pick you up in his sexy uh… Volvo.

He was everything you could want in a man. Brooding, sexy, confusing, dark, a bit mean, rude, cold, standoffish, abusive – oh wait. Yep, he was abusive. If you need some proof: he gaslit Bella, lied to her, put her in harms way, ghosted her and stalked her. It really is a marvel that he managed to jam all of those red flags into five movies but he did.

Wow. It's going to be even MORE romantic to see it from the abuser's point of view. pic.twitter.com/2uKgmbzxe5

I know what you’re thinking: This is ridiculous. This man is a fictional character, and also a vampire who literally drinks peoples’ blood. What is the point in cancelling a fictional character? So here, here’s your point: Edward Cullen is the worst template for a love interest we could have ever had growing up, and we need to acknowledge that now. We need to realise that this pseudo sexy perfect man is actually the exact opposite of the person we should be striving be interested in. There is a reason that his character was turned into Christian Grey in Fifty Shades, you know?

I don’t want to cheapen the reality of gaslighting by comparing it to a fictional couple, but when a fictional couple has as much cultural influence as these two, I think it’s fair. Edward gaslights Bella for the first portion of the movie by hiding his identity and convincing her that she’s going crazy in order to do so.

This obviously doesn’t translate seamlessly into real life – not a lot of men have to hide that they’re vampires. His attitude rings true to a lot of harmful behaviours displayed by abusers though. He is avoidant, makes fun of Bella when she raises genuine issues and tries to convince her that she’s going mad. We all absorbed this as twelve year olds and thought it was super sick, but it was actually trés fuckéd upé. A progressive vampire would be very forthcoming about his vampirism as soon as he trusted a love interest. We 👏  need 👏  more 👏  emotionally 👏  available 👏  vampire 👏  representation. 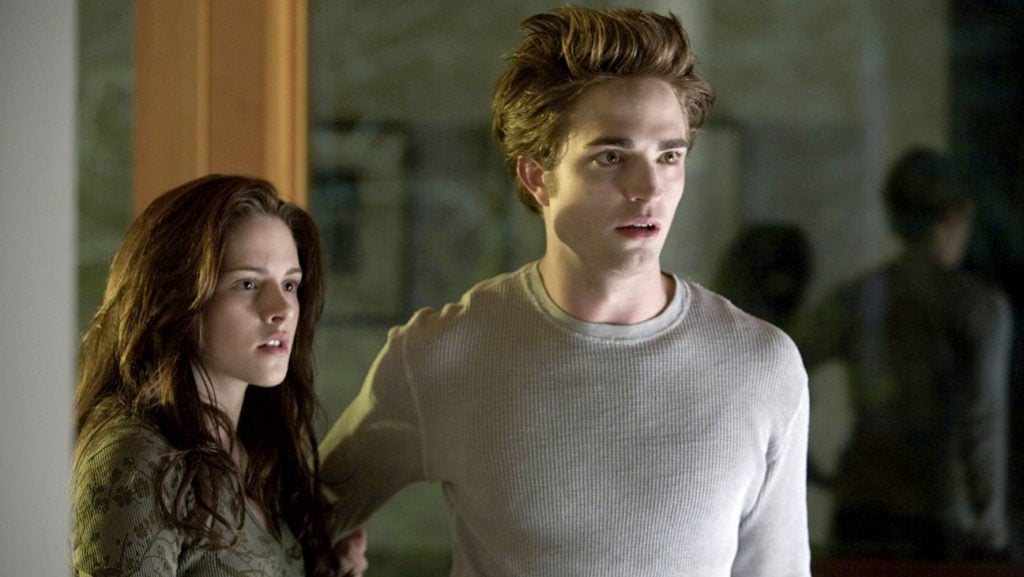 He literally stalks her

Our 12-year-old selves really be out here romanticising a 108 year old man that breaks into the house of a girl he’s spoken to once and watches her sleep… every night? Uh. Okay. That doesn’t seem like it will breed very healthy dating habits but sure.

That’s not even mentioning the fact that he follows her around in his car when she leaves the house lest she “be in danger”. This is possessive behaviour 101 and I’m the professor ’bout to wrap you on the knuckles, ladies. This is not sexy.

As soon as Bella learns Edward’s secret and expresses a genuine interest in him, he makes every conscious effort to isolate her. There’s a reason why her dad has literally zero clue what’s going on for all five films. He’s not a bad father, his daughter has just been held emotionally captive by an abusive vampire boyfriend. Bella loses all friends as soon as she picks Edward, to the extent where seeing them at her wedding in Breaking Dawn seems almost unrealistic and strange.

Anna Kendrick forgot she was even in the film series and she plays Bella’s supposed “best friend”. That is how irrelevant her friendship group becomes. Isolation is a key technique of abusers as it hides their behaviour from outsiders and means that victims have no chance to realise they’re being treated badly. This mans is so insecure he needs Bella to be literally obsessed with him to feel okay about being in love with her. Not legend behaviour if you ask me. Not very Gucci. 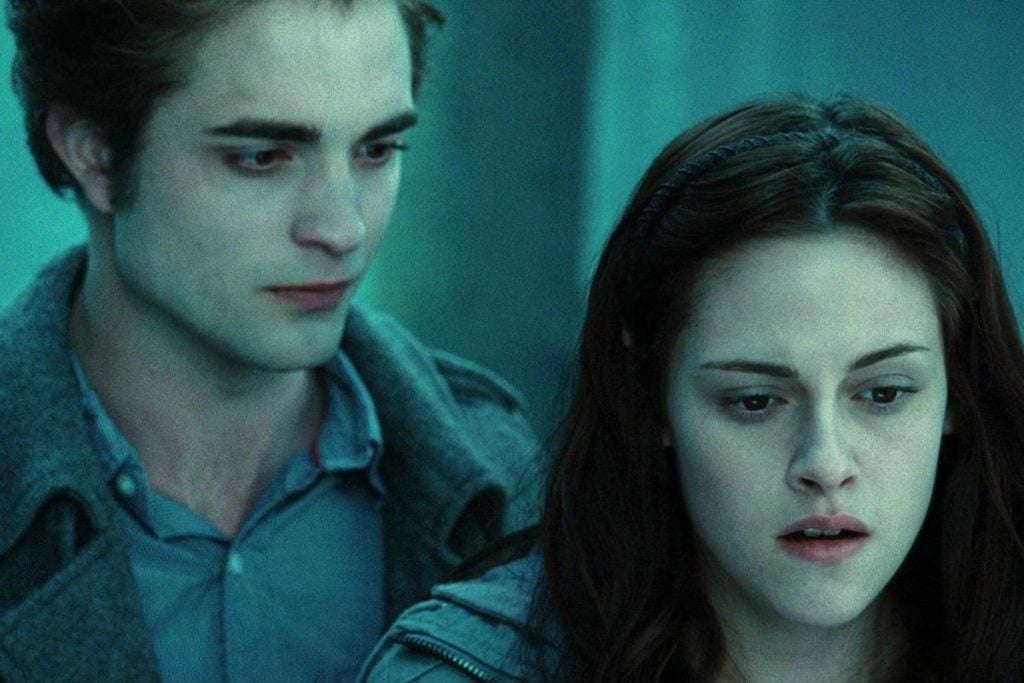 Did none of us find a single issue with this plot point? He literally admits to being over a hundred to his teenage love interest and all of us sat in the cinema going “awwwww, he’s so wise! Sexy Italian zaddie mmmmmmmm.” Okay we probably didn’t think that but you know if it came out now we would. And that is a rough current translation of a ten year old fangirl’s brain in 2008.

Aside from the strange realisation of paedophilia within the Twilight saga, this also ties into the abuse. Bella is younger, more insecure and isn’t sure what she deserves. He uses this against her and basically makes her entirely obsessed with him. Remember when she crashes a motorcycle and jumps off a cliff just to catch a glimpse of his ghost? That’s not healthy behaviour, honey!

You know it’s really bad when the very actor playing the character hates them. And no one, literally no one, hates Edward Cullen like Robert Pattinson himself. Granted Robert Pattinson hates literally everything about Twilight, but he is most disgusted by the fact that he had to play the most abusive, brooding display of “pretentious dishevelment” he’s ever seen.

He’s never called him abusive, to be fair, but he has discussed how “weird” he finds the love story. He told Variety: “I mean it’s a weird story, Twilight. It’s strange how people responded. I guess the books, they are very romantic, but at the same time, it’s not like ‘The Notebook’ romantic. Twilight is about this guy who finds the one girl he wants to be with, and also wants to eat her. Well, not eat — drink her blood or whatever. I thought it was a strange story.” He just doesn’t rate it, and I rate that from him.

• QUIZ: How well do you actually remember the Twilight saga, you little nerd?