12-year-old me is screaming

Stephenie Meyer has announced her latest Twilight book “Midnight Sun” will be released on 4th August. The novel is a companion to the original Twilight series and is a retelling of Twilight from Edward Cullen’s point of view.

Stephenie put a countdown on her website last week to reveal some news and today it was confirmed the long awaited novel will be coming in August. Everyone is so obsessed with the news that her website has literally crashed. The power of vampires.

The synopsis of the book on the publisher’s website says the novel will reveal more details about Edward’s past and will give us an insight into his complex inner thoughts.

It says: “This unforgettable tale as told through Edward’s eyes takes on a new and decidedly dark twist. Meeting beautiful, mysterious Bella is both the most intriguing and unnerving event he has experienced in his long life as a vampire.

“As we learn more fascinating details about Edward’s past and the complexity of his inner thoughts, we understand why this is the defining struggle of his life. How can he let himself fall in love with Bella when he knows that he is endangering her life?

“In Midnight Sun, Stephenie Meyer transports us back to a world that has captivated millions of readers and, drawing on the classic myth of Hades and Persephone, brings us an epic novel about the profound pleasures and devastating consequences of immortal love.” 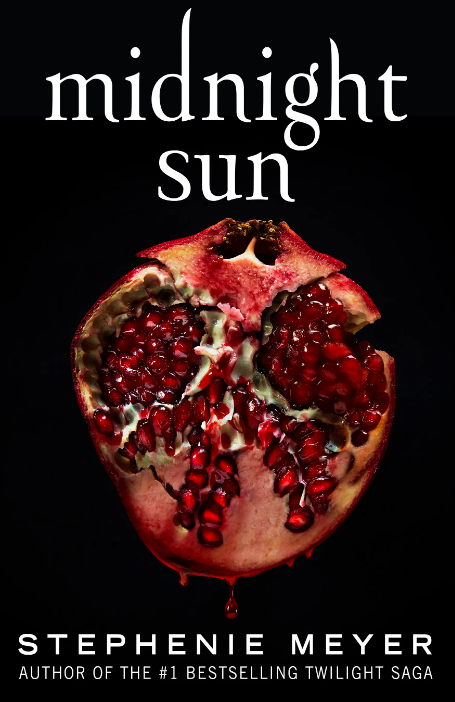 The book will be 672 pages long! That’s a lot of deep thoughts from Edward. The cover of the novel has also been released and features a black background with a pomegranate on it, an explicit reference to the Hades and Persephone myth.

Stephenie gave up the idea of publishing Midnight Sun 12 years ago after it was leaked online. However Stephenie said on Good Morning America that she was very excited to announce the release and thought the fans deserved to read it.

She said: “I am very excited to finally, finally announce the release of Midnight Sun on 4 August. It’s a crazy time right now and I wasn’t sure it was the right time to put this book out, but some of you have been waiting for just so so long it didn’t seem right to make you wait any more.”

Well I know what I’ll be reading on 4th August.

•QUIZ: How well do you actually remember the Twilight saga, you little nerd?