St Trinian’s was a generation defining movie that has shaped us into the women we are today. It was iconic and we all had our clique we wanted to desperately fit into, was it the Posh Totty’s? The Emos? The Geeks? The politically incorrect clique called the Chavs? Or was it the kids? I’ve never thought a group of women were as cool as the St Trinian’s girls and since the film came out in 2007, the cast of St Trinian’s have continued to be successful. I’d expect nothing less from a girl gang that stole a painting from the National Gallery and sold a copy of it on the black market to save their school.

As independent as their identities are in the film, all the girls have gone on very different paths. One of them was an MI6 agent in a James Bond film, another went onto become a Brit award winning singer and another married Elon Musk.

This is what the St Trinian’s cast have been up to since the film came out: 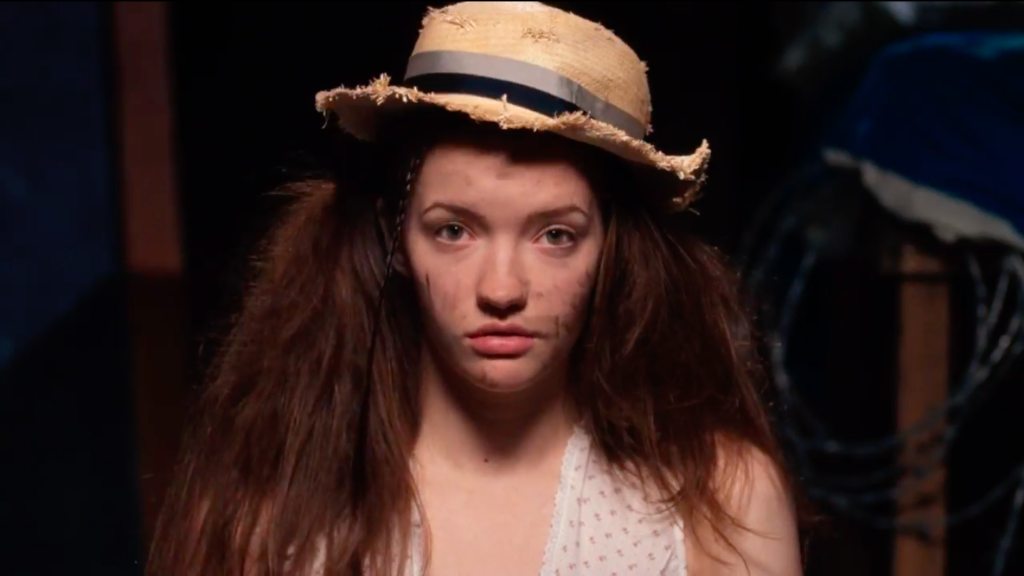 She’s done a lot of cool work, but what Talulah has been making the news for since the film came out is for marrying Elon Musk. Yeah that’s right who would have thought the actress who played a British school girl covered in slime would end up married to a billionaire.

They were married in 2010 before getting divorced two years later. They then got remarried in 2013 and divorced for the second time in 2016. 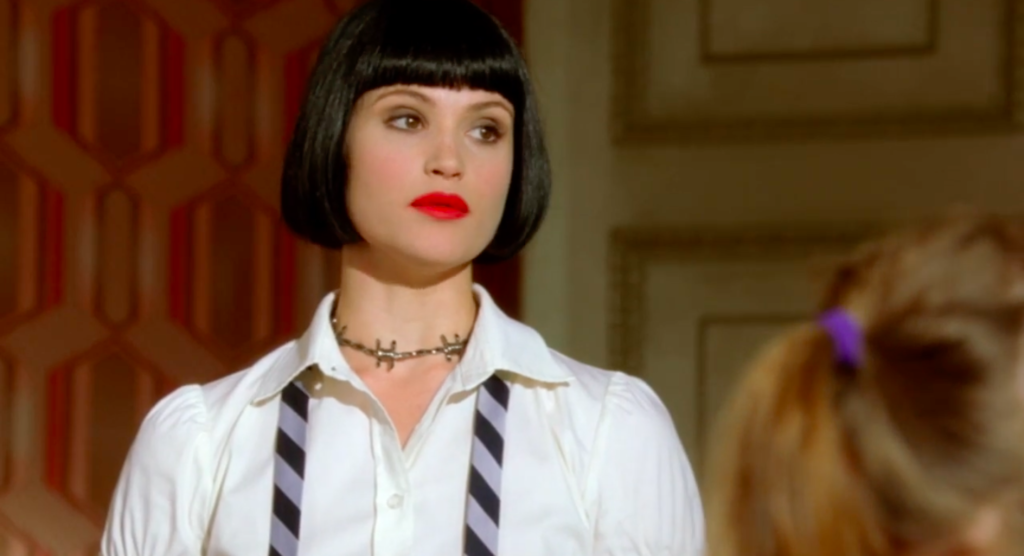 Gemma played the Head Girl we all wanted to be in St Trinian’s and she even came back for the second movie. St Trinian’s was her first film and since then she’s been in nearly everything. She was an MI6 agent in Quantum of Solace, starred in the Prince of Persia and How to Build a Girl, among many others.

Gemma was awarded Harper’s Bazaar’s Woman of The Year in 2018 and she married fellow actor Rory Keenan in 2019. 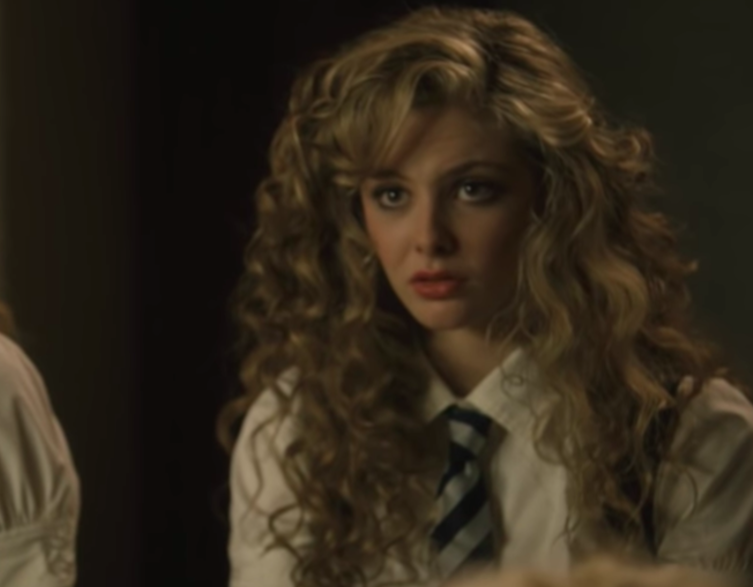 Tamsin played one of the Posh Tottys, Chelsea Parker, in St Trinian’s and has continued to do a lot of posh acting roles. She was in Chalet Girl alongside Ed Westwick and Felicity Jones, as Felicity’s fellow chalet girl. 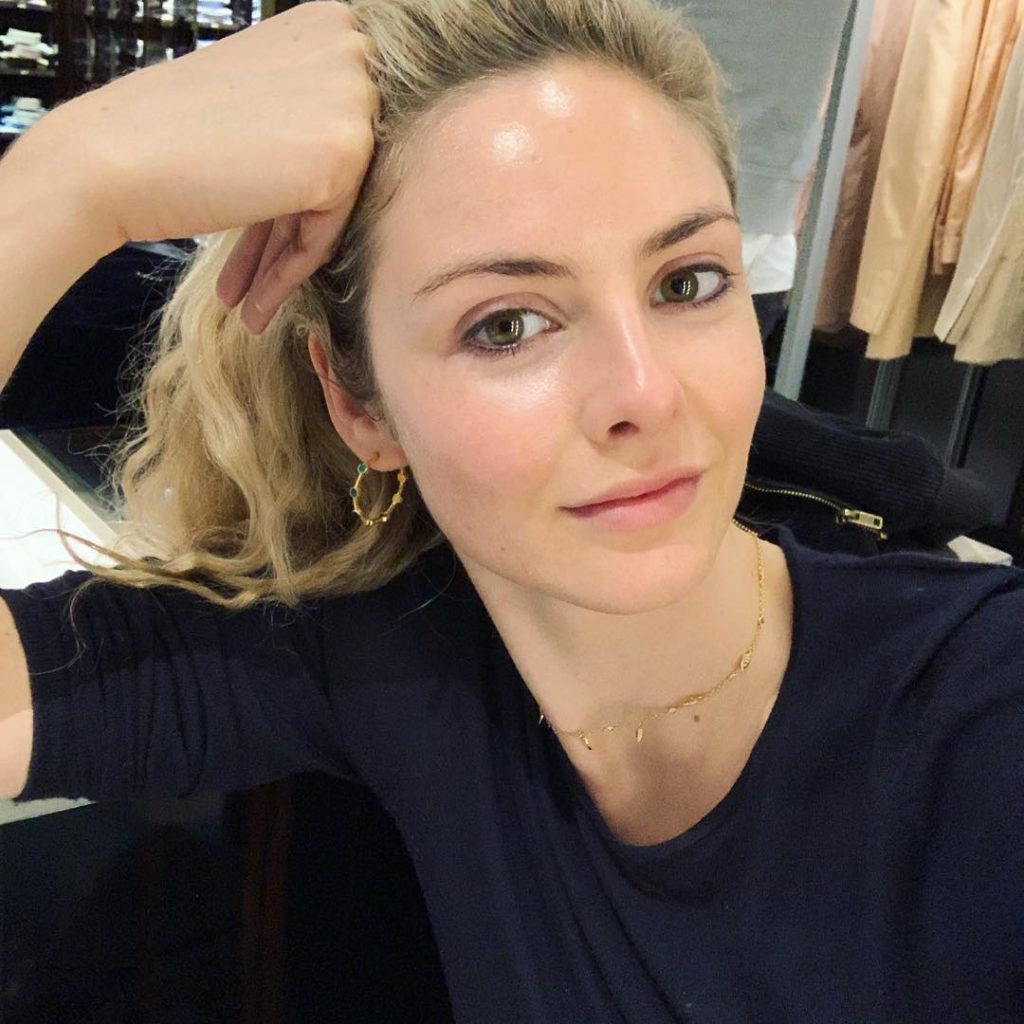 Tamsin has also been in the film 4.3.2.1 and a number of period dramas. She is currently in a relationship with Josh Hartnett and they have two children together. 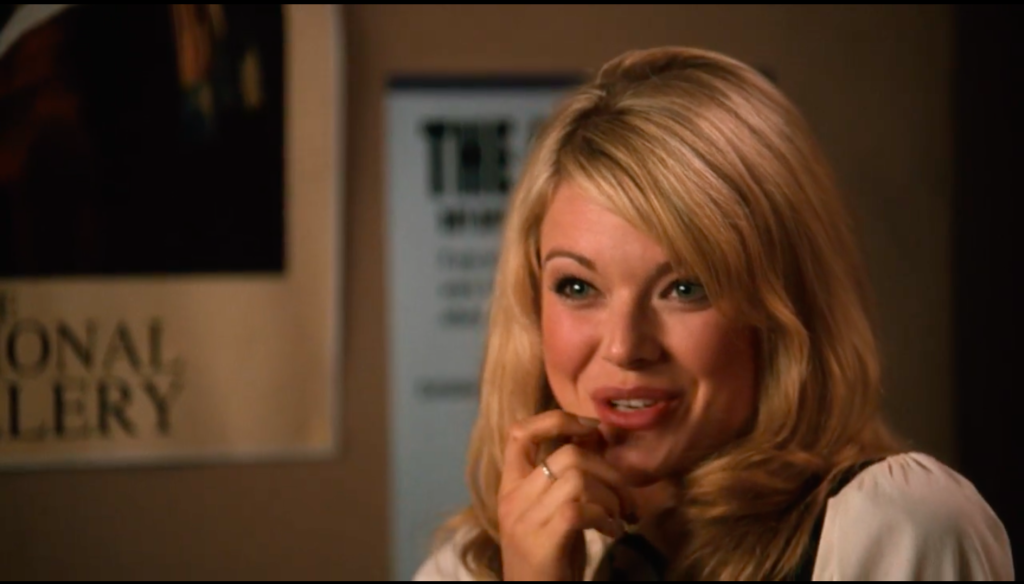 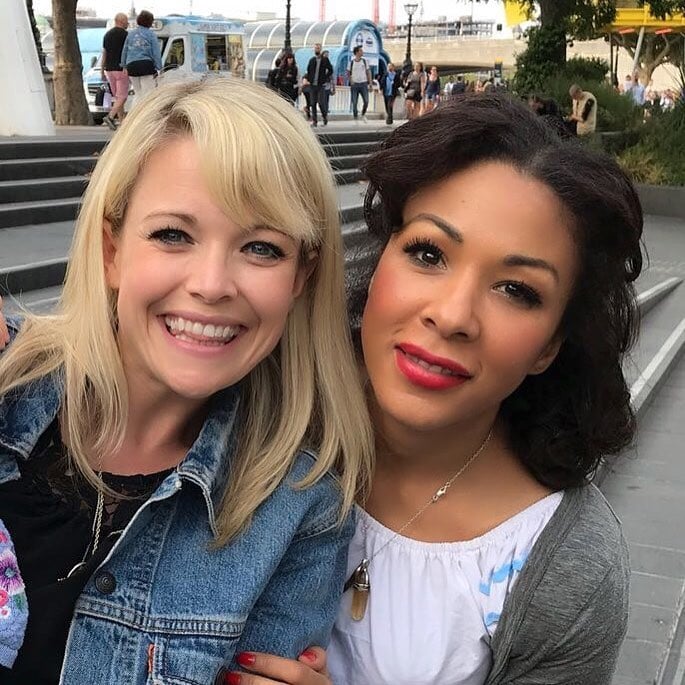 She has done a number of other acting roles since the film, including playing a magazine editor in the final series of Downton Abbey. Antonia is now married to production manager Oliver Cockerham. 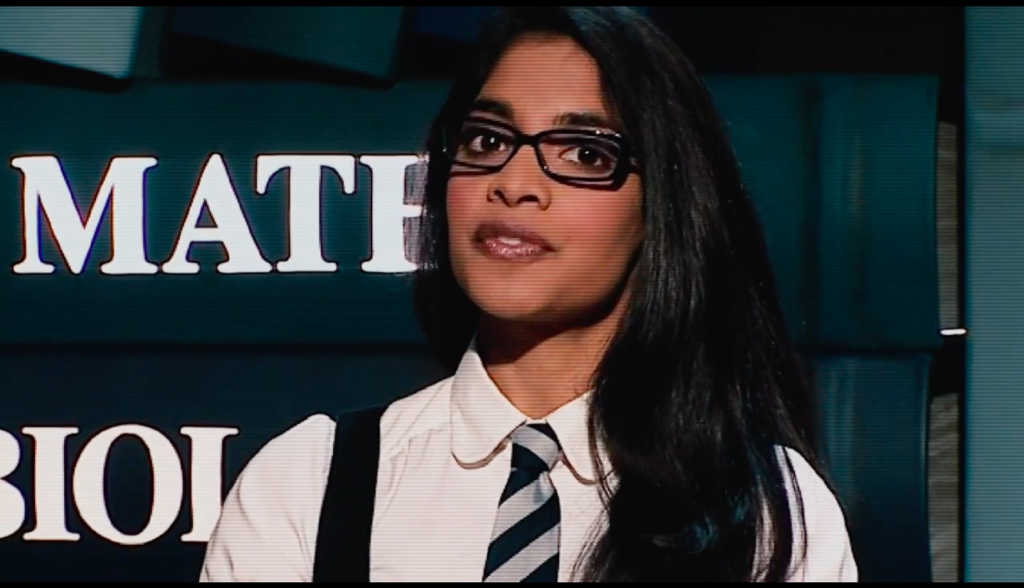 Amara played Peaches, who completed the Posh Totty trinity. Before she was in St Trinian’s Amara was studying at St Catherine’s College, Oxford.

She has been in a few films since St Trinian’s, but her main focus is TV. Amara was a main character in Stan Lee’s Lucky Man and was in season one of Bancroft. 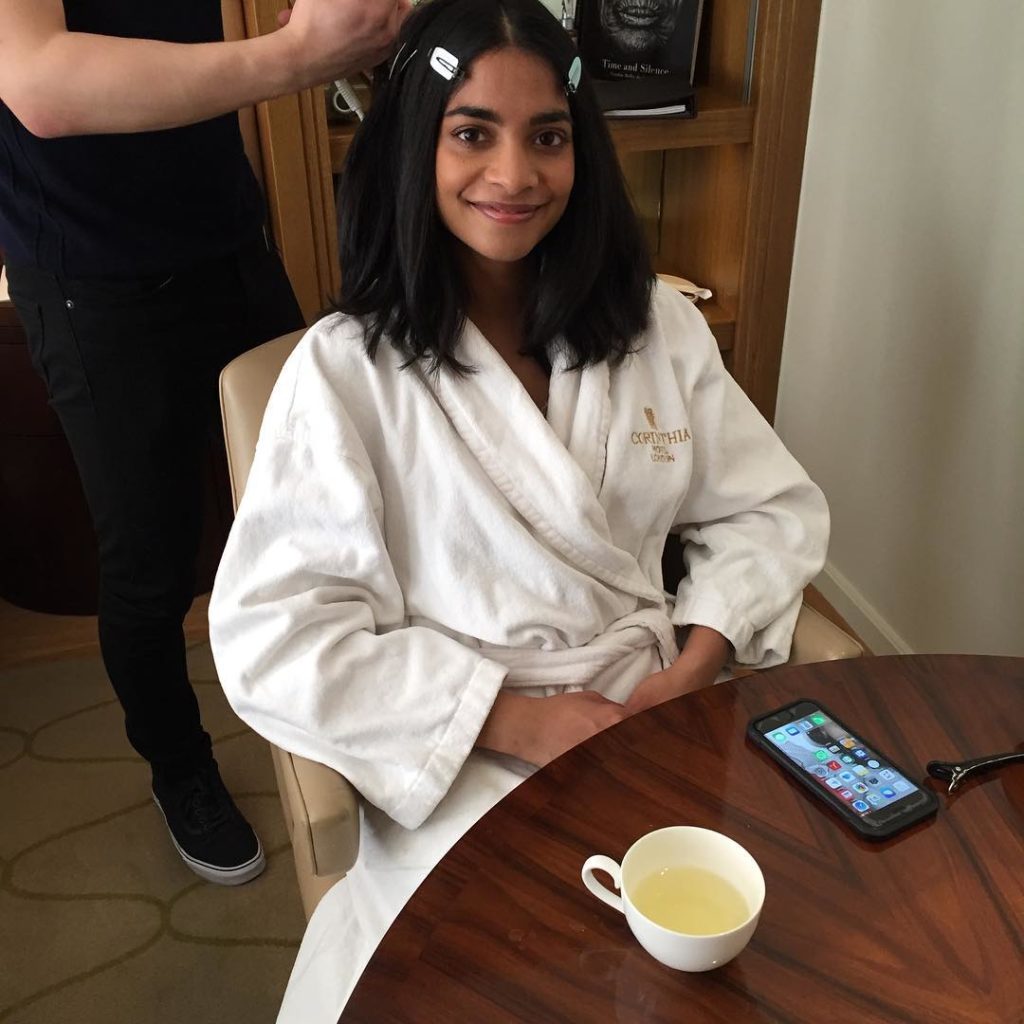 Amara has been interviewed by British Vogue, carried the Olympic torch in 2008 and somehow managed to evade time by looking as young as she did in St Trinian’s. 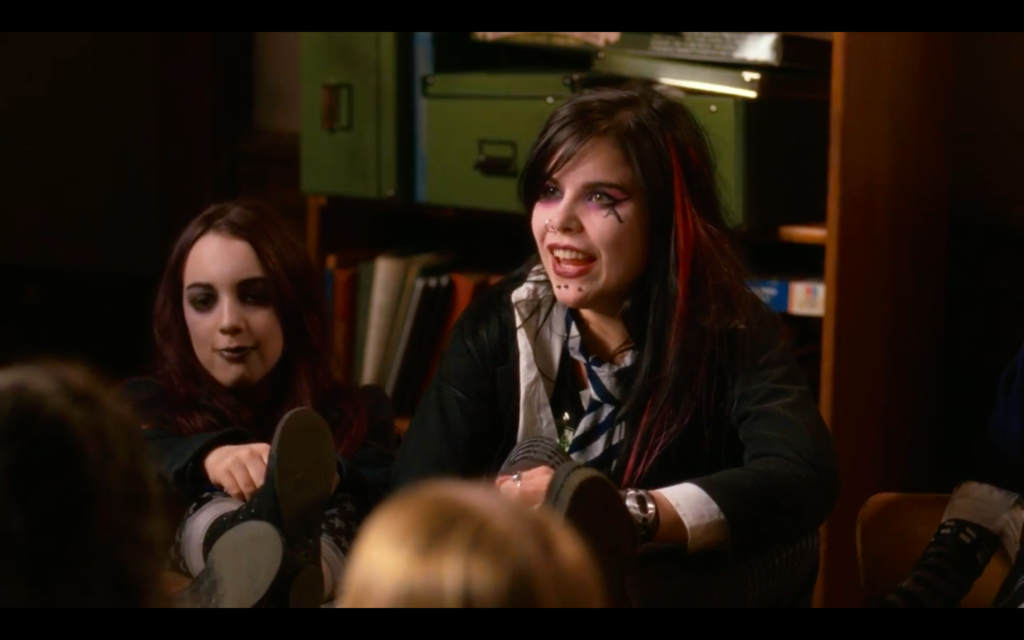 Yes that’s right, Paloma Faith was in St Trinian’s as Andrea, the emo, before she made it big as a singer. After St Trinian’s her music career kicked off and her debut album came out in 2009.

She’s since put out a number of albums, been a guest judge on The Voice and had a child in 2016.

When I get worried about corona I think about @harrystyles and it feels better. . . Photo: @richardyoung110 . . . #palomafaith #harrystyles #coronavirus #covid19 #mondaynight

Oh, and she hangs out with Harry Styles a lot too. 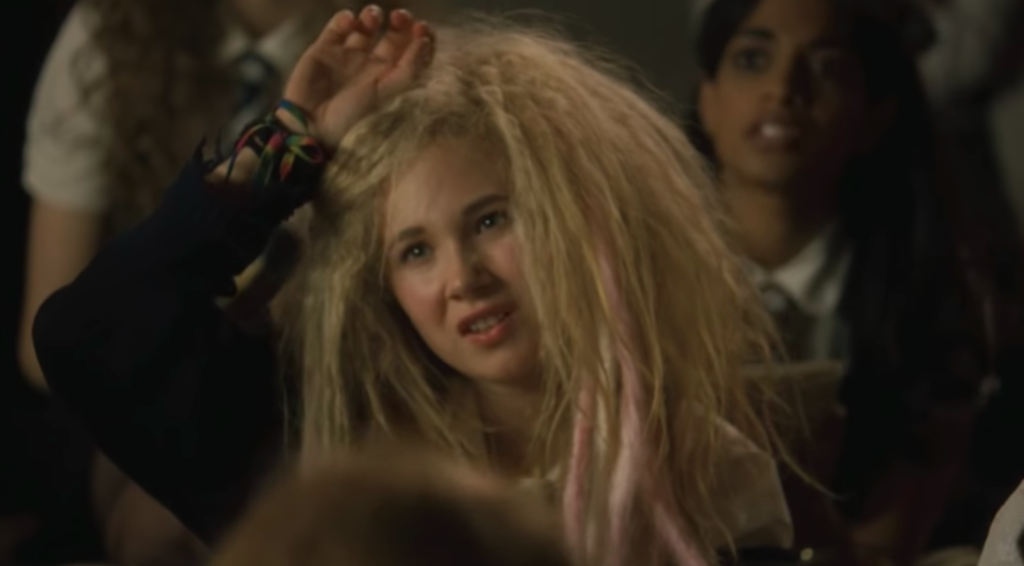 Everyone’s favourite teen movie actress, Juno Temple starred in St Trinian’s as Celia, the hippy one. After filming she then went on to star in Wild Child, as Drippy, which is perhaps her most iconic role to date.

On a more serious note she’s actually done a load of really cool work since her teen film days. She was in Maleficent, Dirty John and Lovelace. 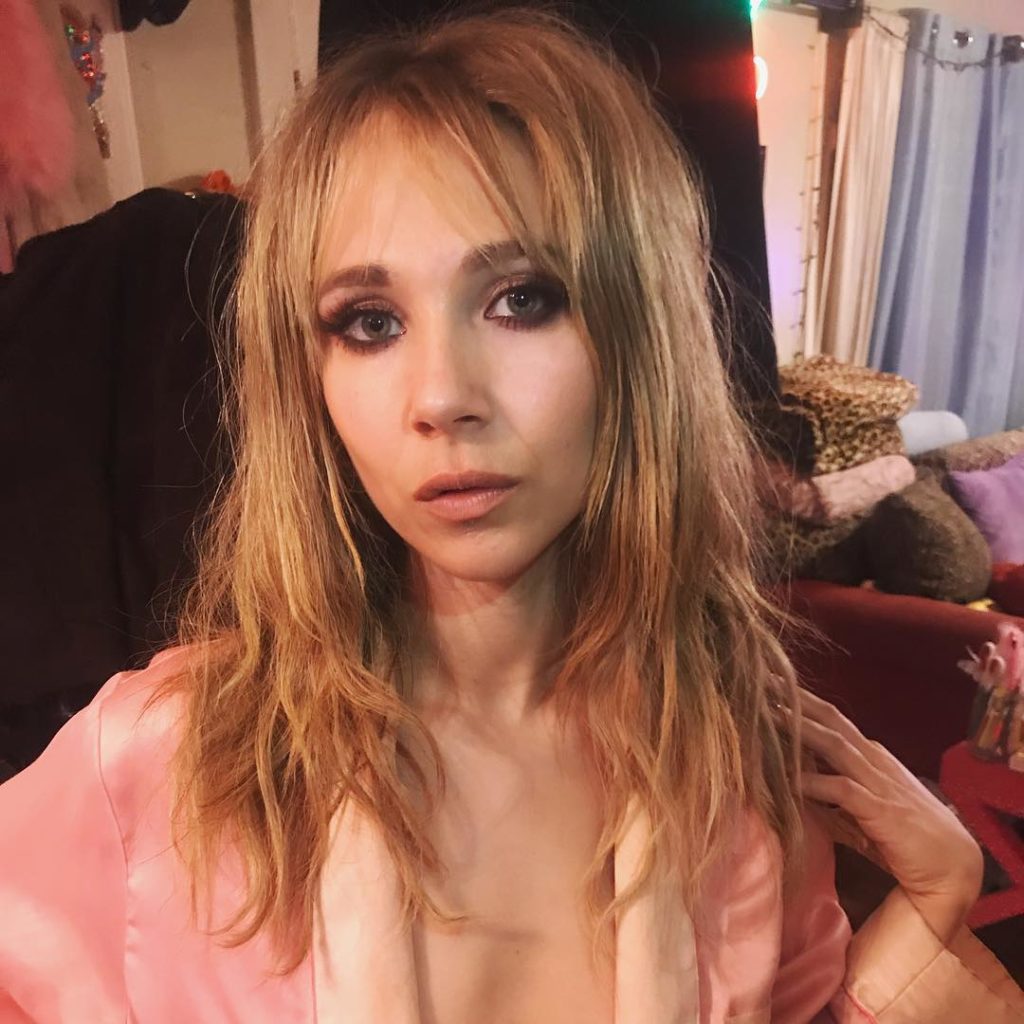 Her Instagram is exactly what you’d expect it to be. Very arty, aesthetic, full of Huji filters and she gets to attend loads of fun fashion shows. 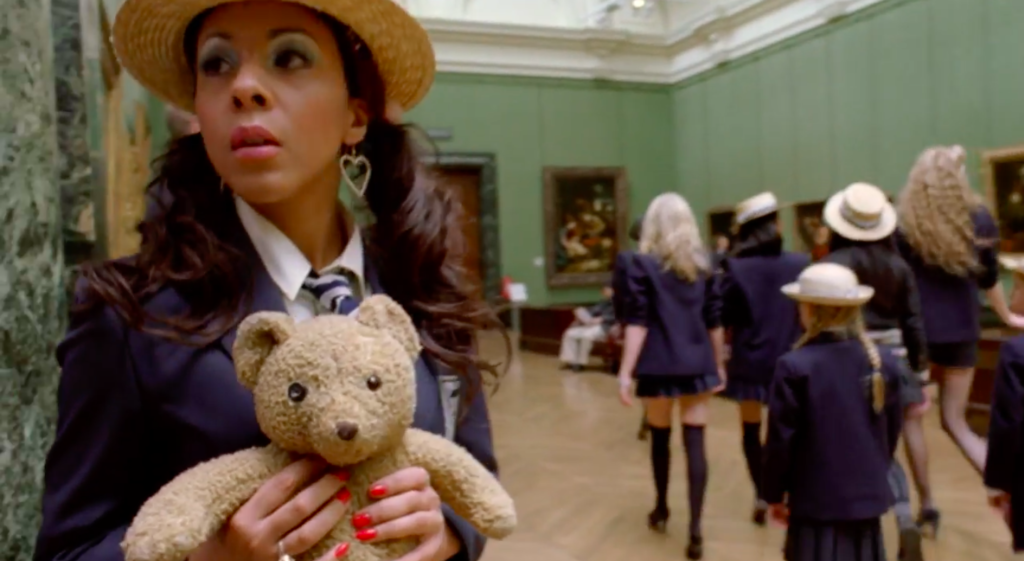 Kathyrn was Taylor in St Trinian’s and was in a number of films and TV shows before she took on the role as the “chav”. Since St Trinian’s Kathryn has been in Benidorm, Death in Paradise and currently plays Meghan Markle in the sitcom The Windsors. 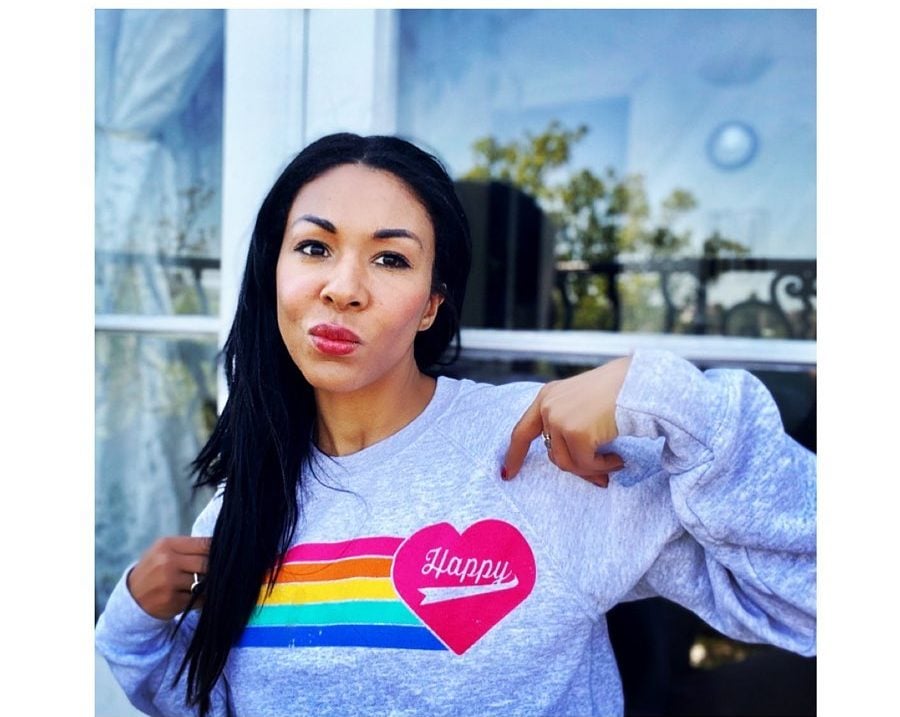 Kathryn appears to be in a relationship with Jordan Jack Turner, a spiritual fitness guide. 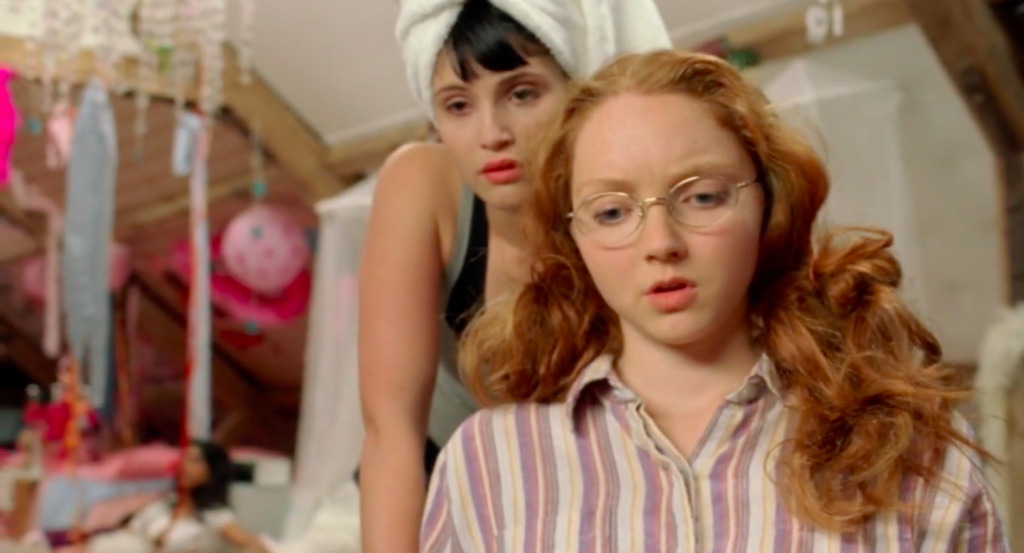 Yes super famous model Lily Cole was in St Trinian’s. Lily played Polly the geek in the film and it was her first acting role after spending a number of years modelling.

After the film Lily studied at Cambridge, where she got a double first. She’s continued to act and got a lead role in the film The Imaginarium of Doctor Parnassus. Lily has also done a lot of charity work, is a part owner of a bookshop and founded her own business in 2015. 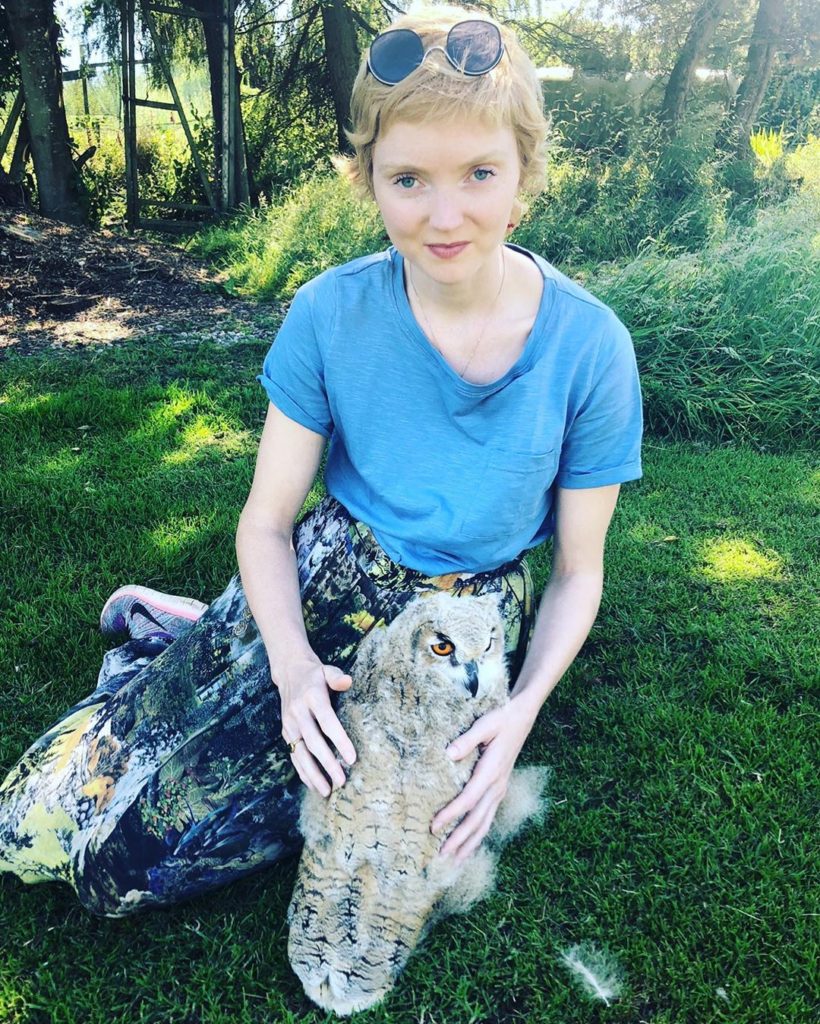 As if that wasn’t enough Lily also had a daughter in 2016.

The twins – Cloe and Holly Mackie 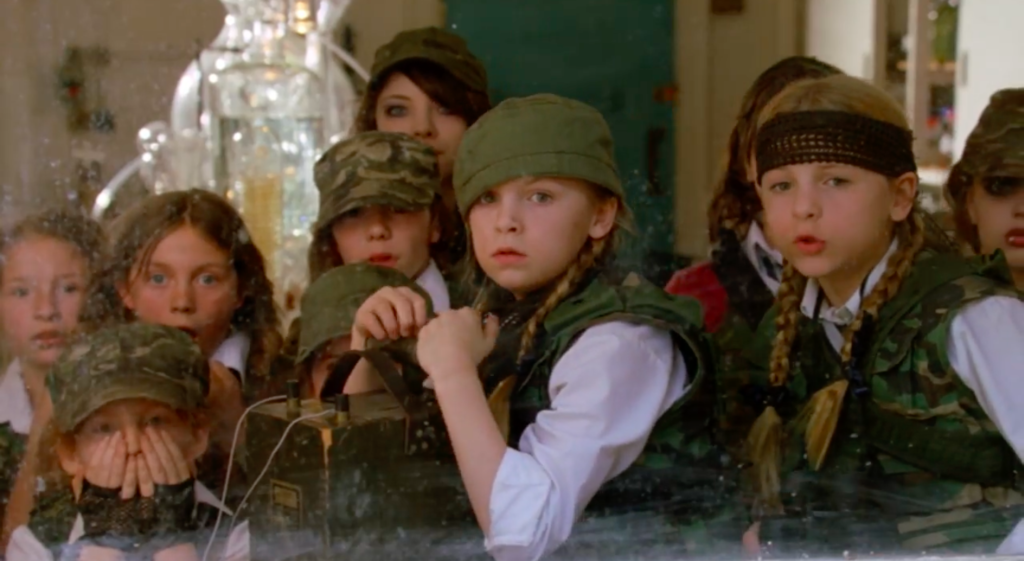 “You were only supposed to blow the bloody doors off.” I always wanted to be these two when I was younger. Cloe and Holly Mackie have been in one other film since the two St Trinian’s films came out called Coven.

There is no trace of them on Instagram, which is a shame as I’d love to find out where these iconic twins are now. 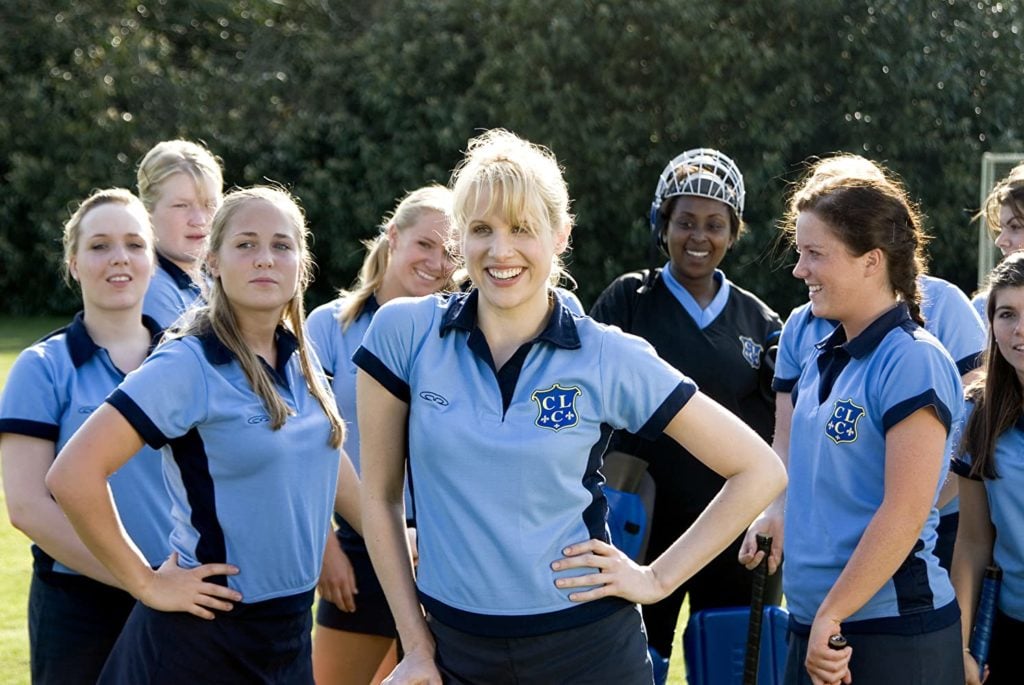 Lucy plays Colin Firth’s daughter and is the head bully at Cheltenham Ladies’ College in the film. Lucy had done a number of films before St. Trinian’s, including Ella Enchanted and Hot Fuzz.

She has since starred in a Woody Allen movie and Into The Woods amongst a number of other movies. Most recently she starred in Netflix’s adaptation of A Series of Unfortunate Events.

Lucy lives in California and has one son. 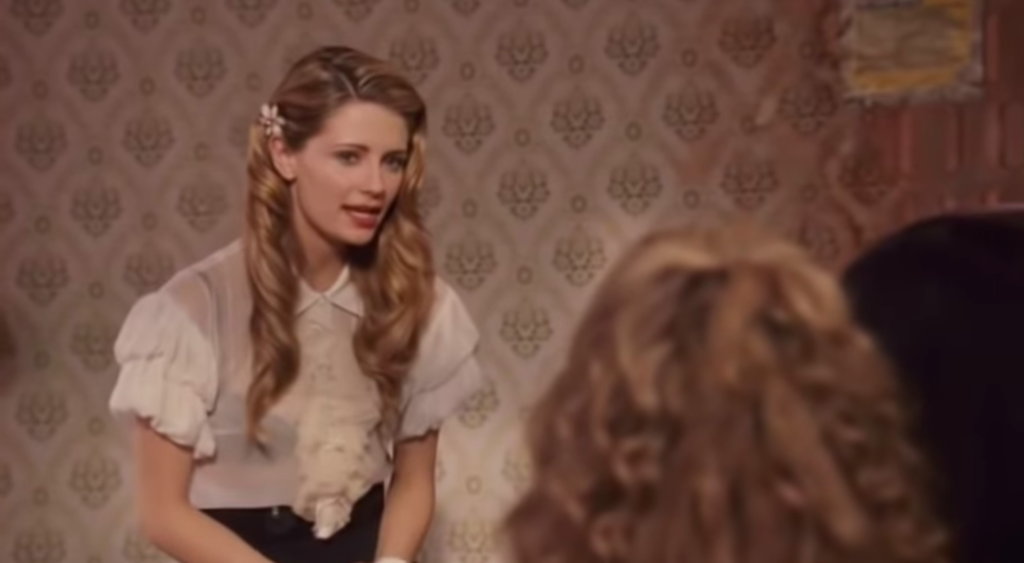 You may have forgotten this but Mischa Barton had a very small role in St Trinian’s as the ex Head Girl turned PR guru, JJ French. What an iconic name.

After St Trinian’s and The OC, Mischa had a number of acting roles and it was recently announced she will be starring in The Hills reboot. 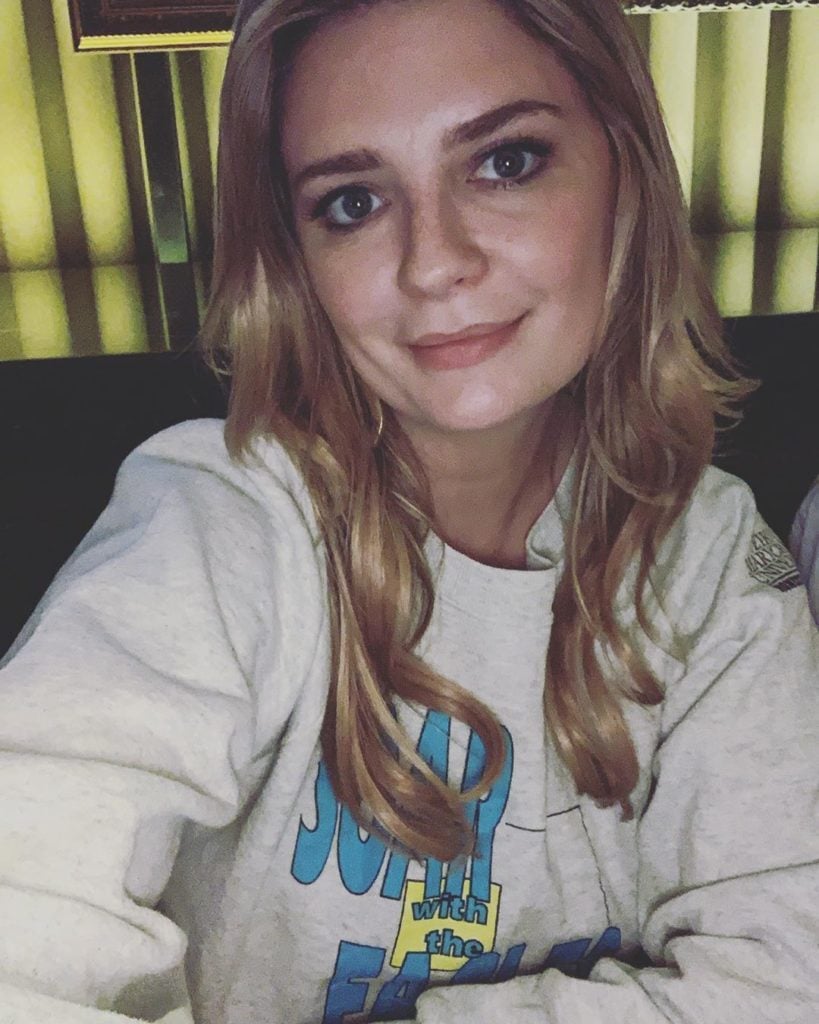 And special mention to Lena Headey 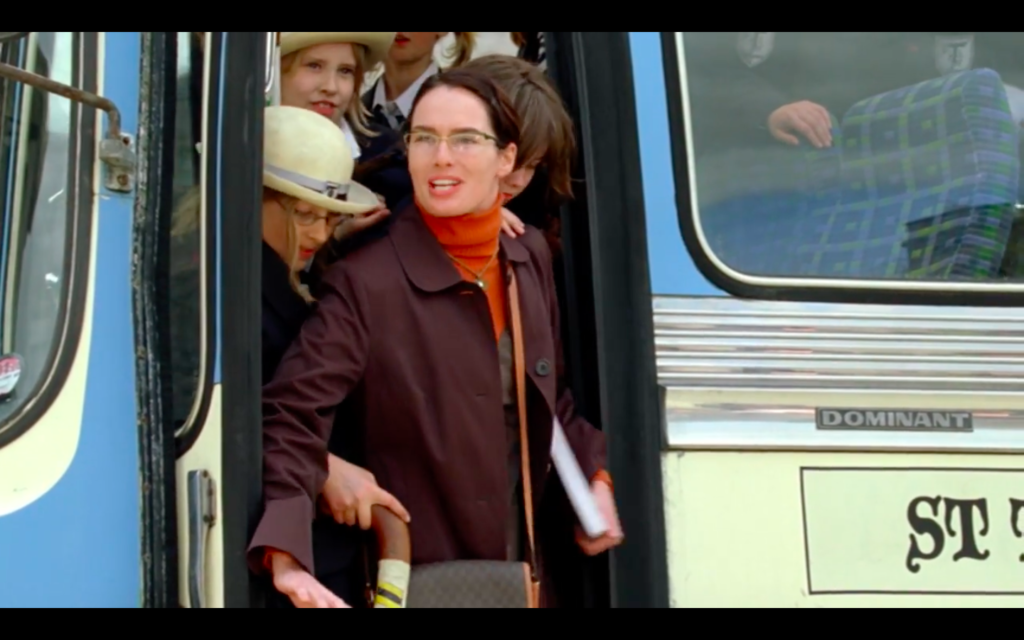 Yes that’s right Cersei herself was in St Trinian’s as the English Teacher, Miss Dickinson and honestly, talk about range.

•Remember the kids from The Chronicles of Narnia? Here’s what they have been up to since

•Remember the kids from Nanny McPhee? This is what they’re up to now

•Where are the kids of Tracy Beaker now?