Remember the kids from The Chronicles of Narnia? Here’s what they have been up to since

You know what’s an underrated film series? The Chronicles of Narnia. It’s got everything: the talking animals, the fight scenes, hell it’s even got romance! How could you not enjoy a film that literally has a talking lion?

However, whilst some of the more famous actors, such as Tilda Swinton as the White Witch, or Will Poulter as Eustace Scrubb, have been seen on our screens several times since, what exactly are the original child cast members up to? We’ve seen them in a couple of bits here and there, but it’s almost as if some of them are still on the other side of that wardrobe(!), as we’ve never seen them in anything else other than Narnia. So where are they now? 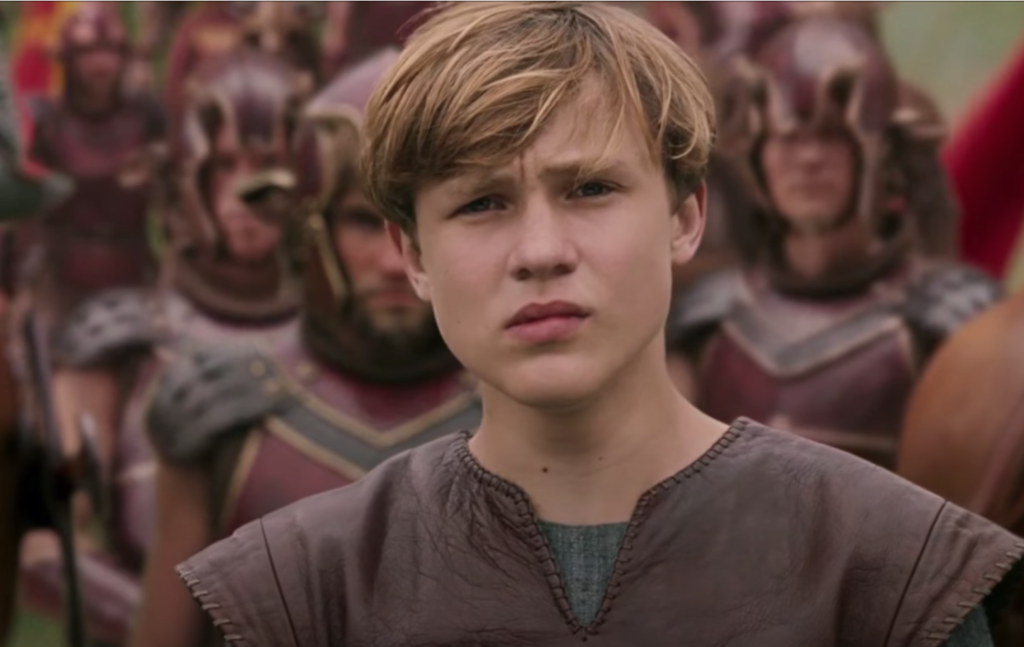 William Moseley played the handsome Peter Pevensie in the first two films and had a cameo in the third, and it will come as no surprise that he’s just as handsome still.

He’s been busy since Narnia: he’s delivered acting workshops, tweeted a fair bit about the importance of staying indoors at the moment and he has appeared in multiple high profile films, such as the live-action remake of The Little Mermaid, and The Courier. Amongst his latest projects is “Pencil Town”: 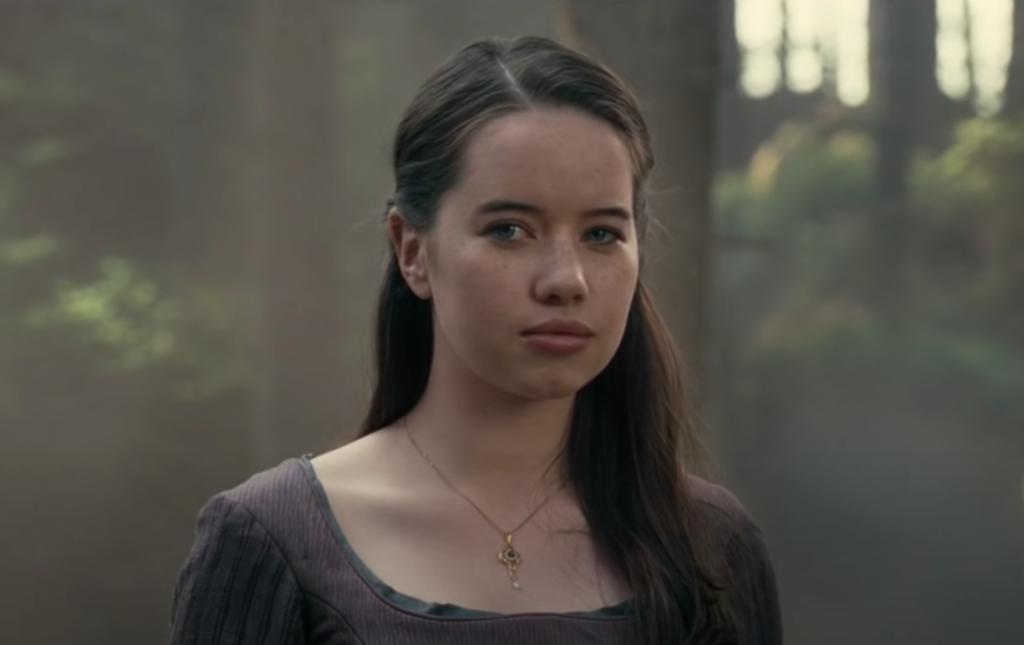 Anna played the lovely, if not slightly dull, Susan. According to TVovermind’s five things you didn’t know about Anna Popplewell (yup), she had a “rude awakening” when she discovered that mice would be in the series as she was scared of them.

She studied at Oxford University during the filming of the second and third films, and it’s not just her who is highly accomplished, as she also has some pretty famous family – her younger sister was in Love Actually, playing the lobster in Love Actually (look it up).

Other than that, she has since appeared in an online web series for the famous Halo games, and has done several film and TV bits but nothing overly notable.  Here’s a look at what she looks like now, but be warned that any account that has to insist that it is real in their username most likely is not:

There will be time ♥️ #stayathome 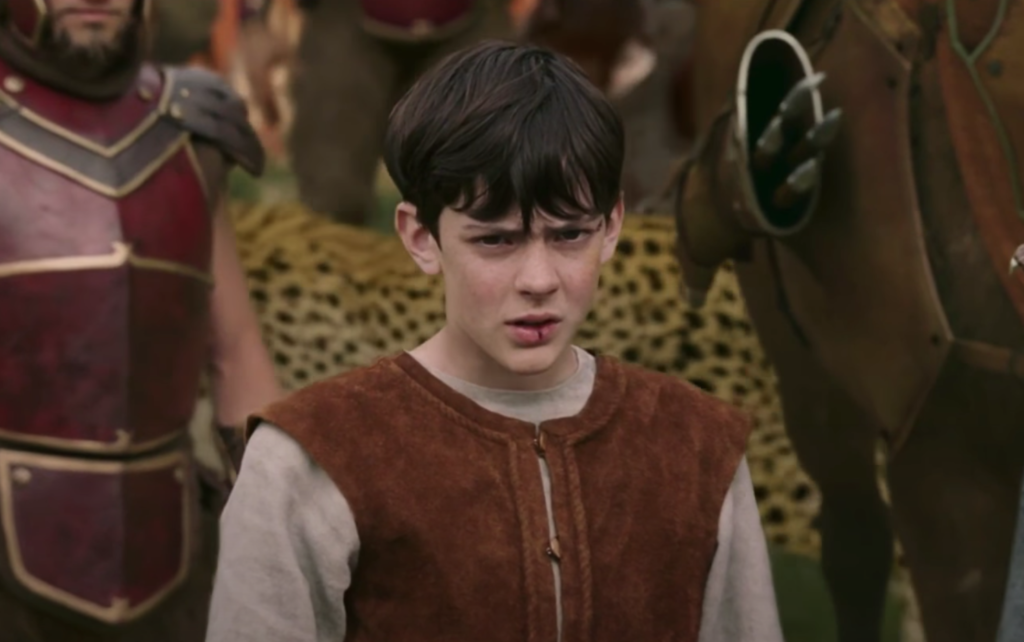 Skandar Keynes most likely has the most insane backstory of the entire cast, so much so that we’re just going to have to list the various trivia bits of his life before we get onto what he’s doing now:

Right, so now all that is out of the way, in 2016 he became a parliamentary advisor to Crispin Blunt MP, officially giving up acting in 2014. Although presumably still in politics, he always has a prospective career in comedy to fall back on:

First shots from the narnia reboot are out! https://t.co/ytdCsZ8oHe 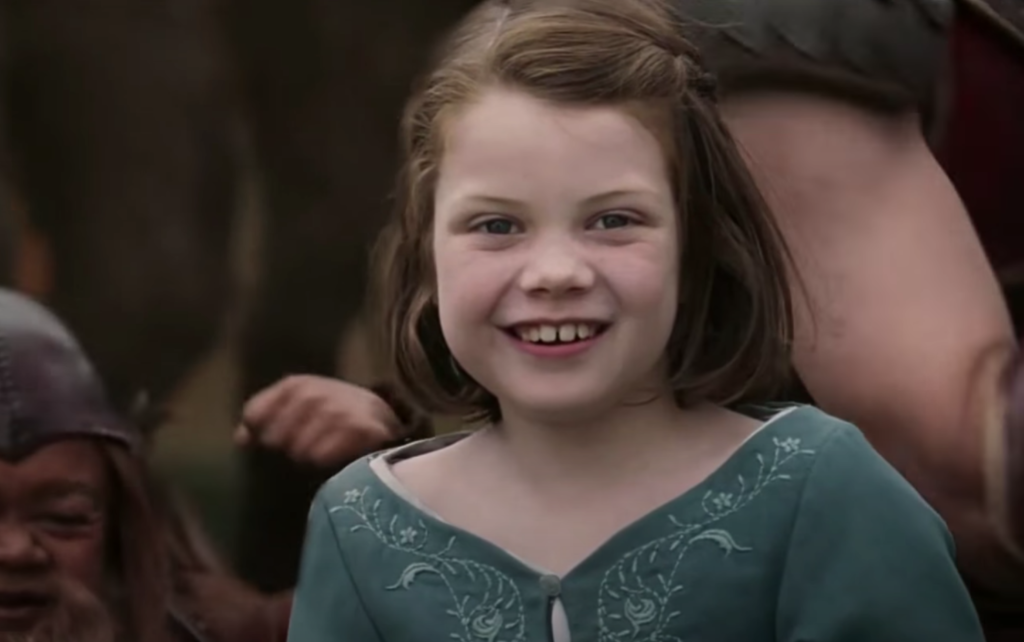 Georgie Henley played the youngest child, Lucy, in the series.

Just an interesting fact, but her sister played the older version of her in the series. Luckily, the sibling chosen was the same gender – hard luck Skandar! Yet another Cambridge University alumnus, she has since wrote and directed her own short film Tide, a story about a “young lesbian couple, Sam and Luna, living a quiet life by the sea dealing with the complexities of life and loss.”

She is set to appear in the upcoming GOT prequel. 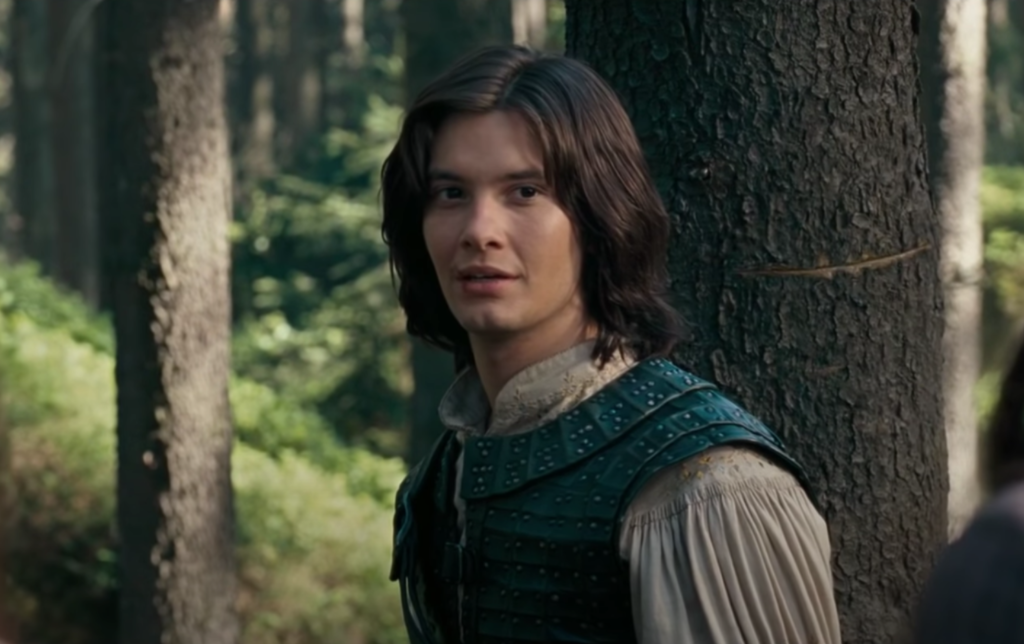 Ben Barnes is a familiar face for a number of reasons, but he’s probably most famous for either his portrayal of Prince Caspian or Dorian Gray.

He also notably played the slightly creepy boyfriend in Gold Digger, as well as briefly appearing in the music video for Black Eyes Peas 2016 re-release of “Where Is The Love”, which is a perfectly weird little cross-section of 2016. 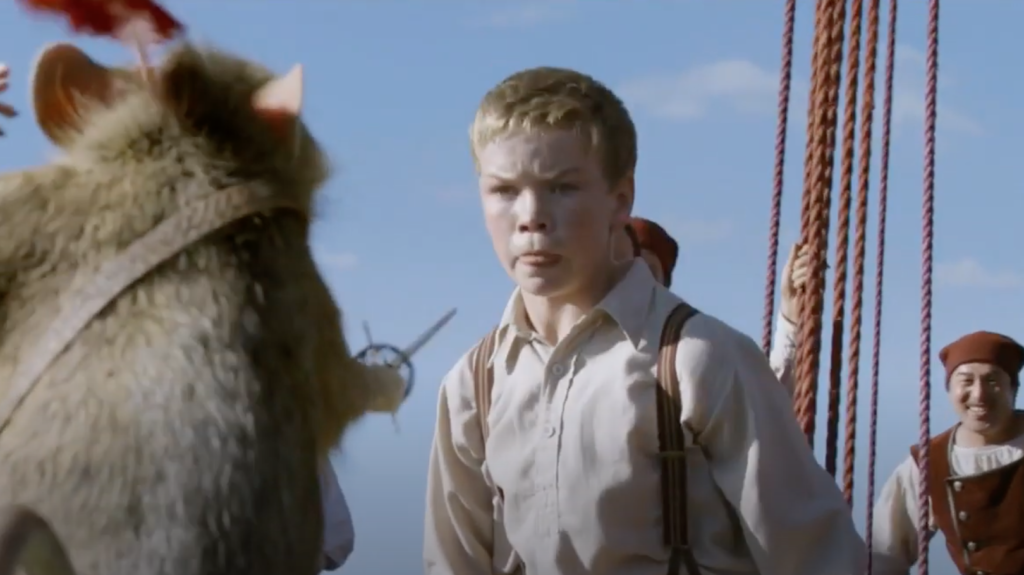 Will Poulter gettin clarted by a mouse lol

We all know Will Poulter from We’re The Millers and Black Mirror, but few make the connections that he actually starred in the third instalment of the film franchise as Eustace Scrubb. Anyway, there’s not much surprise that he’s done a load of stuff since, most recently in the horror film Midsommar.

However, this isn’t his first brush with horror. He was initially cast as Pennywise the clown in IT, and the part was only given to Bill Skarsgaard because the filming conflicted with the schedule of another of Poulter’s films. He also auditioned for the lead in The Fault in Our Stars.

This is where the other famous cast members are now: 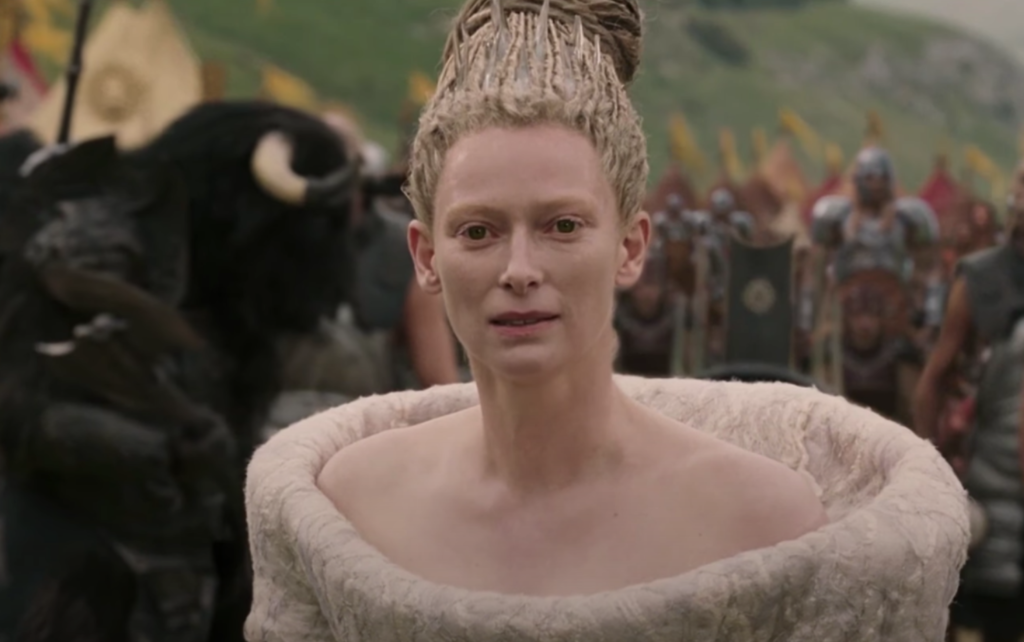 ANOTHER Cambridge student, how many people from Oxbridge could they possibly cram into a single film?!

Tilda Swinton is a very famous actress, so she’s naturally appeared in some pretty big stuff since. A spattering of impressive films from Avengers: End Game to Isle of Dogs will be followed by an upcoming remake of Pinnochio by Guillermo Del Toro.

Other than that, there’s not much to report, unless you want every detail of her life, in which case you’ll be pleased to hear that, according to the Daily Mail, she wants to move some windows on her extension. Happy? 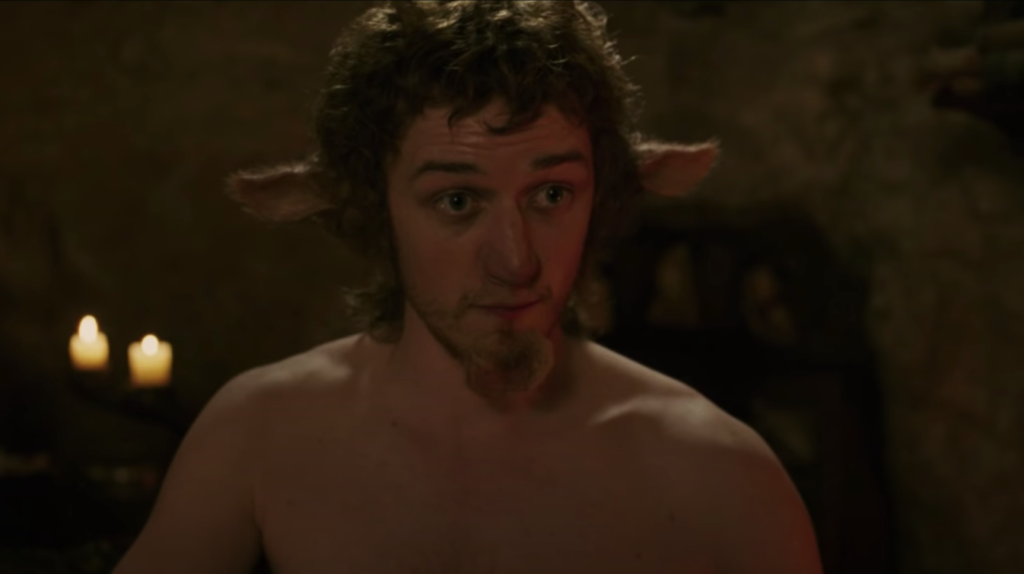 James McAvoy is likely the biggest star from the film series, and went on to appear in a number of big films like IT: Chapter 2, Sherlock Gnomes and X Men.

In March 2020, he donated £275,000 to the NHS to combat the coronavirus pandemic in the United Kingdom. He also claimed that, without going into too much detail, they “saved his life“. 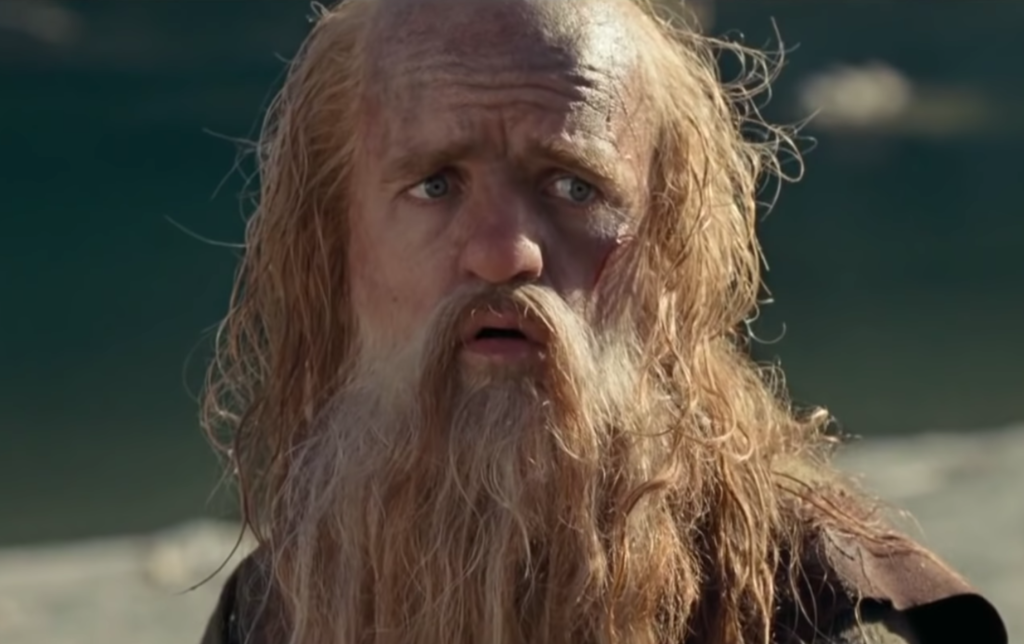 In probably one of the only three widely familiar roles you know Dinklage for (the other two being Tyrion Lannister in Game of Thrones and the angry Miles Finch in Elf), he played Trumpkin in Prince Caspian.

Since, he has appeared in Avengers: Infinity War, X men and Ice Age, and has won many awards and been nominated well over 50 times.

• The kids from Outnumbered are all grown up! This is what they’re up to now