If the boy you’re texting in quarantine is showing any of these red flags, call it off

Due to boredom, horniness or genuine interest, everyone seems to have ended up in some form of quarantine situationship. You might be talking to multiple people, or be heavily interested in just one – either way, by this point, they’ve probably pissed you off at least once. Lockdown brings with it a whole new host of red flags and a steep increase in impatience. You really only have the time and emotional energy worth spending on the best people, so when the boy you’re texting pisses you off it feels 10 times worse than usual – because you have very little to distract you from it.

A lot of this still applies to non-quarantine relationships, but everything is just so heightened right now. For instance: As a rule, whoever you’re sleeping with should always like your posts on Instagram. That is an unequivocal fact. You can’t be inside me if you’re not boosting my likes to reach that critical over-100 mark, I’m sorry. Also, leaving messages on unread while being online is always a worry – even more so in quarantine. What else are they even doing? Who is more important than me right now? No excuses mate.

Let me walk you through the ultimate red flags of texting boys in lockdown. If you see more than two of these – just give up on him. He really ain’t shit and you’ve got much better people to be allocating your first shag out of quarantine to. As Beyoncé once said, and I imagine she was thinking about Tinder when she said it, “to the left, to the left”.

He leaves you on unread

This is, arguably, worse than leaving you on read. When you can see that he has been active, and yet hasn’t responded to your message from two hours ago, you feel wronged. Unless it only happens once in a blue moon and he uses the (genuine) excuse of wanting to make time so he could reply properly, this is not a good sign. Otherwise, being on unread is basically like someone leaving you on read without the balls to actually do so. Insulting to be honest, don’t put up with it.

The Gen Z mating dance has become so bizarre that often we end up in relationships where we have sex and talk daily – and yet don’t like each others’ posts on Instagram. For some reason liking each others’ Instas without fail has become as serious as holding hands in the playground. Official couple status.

Liking posts on Insta seems like the final frontier for boys, and they only release the Like Her Instagram Post tool from their arsenal in three situations: a) they want you but haven’t slid in the DMs yet b) they HAVE slid into the DMs but you’re ignoring them now because they did something bad/you moved on and they want you back, or finally c) they are your boyfriend. There is no in between.

Girls, I don’t know who needs to hear this, but if you’re talking to a boy every day, sexting him or sending him nudes: he has to like your Instas. It is non-negotiable. 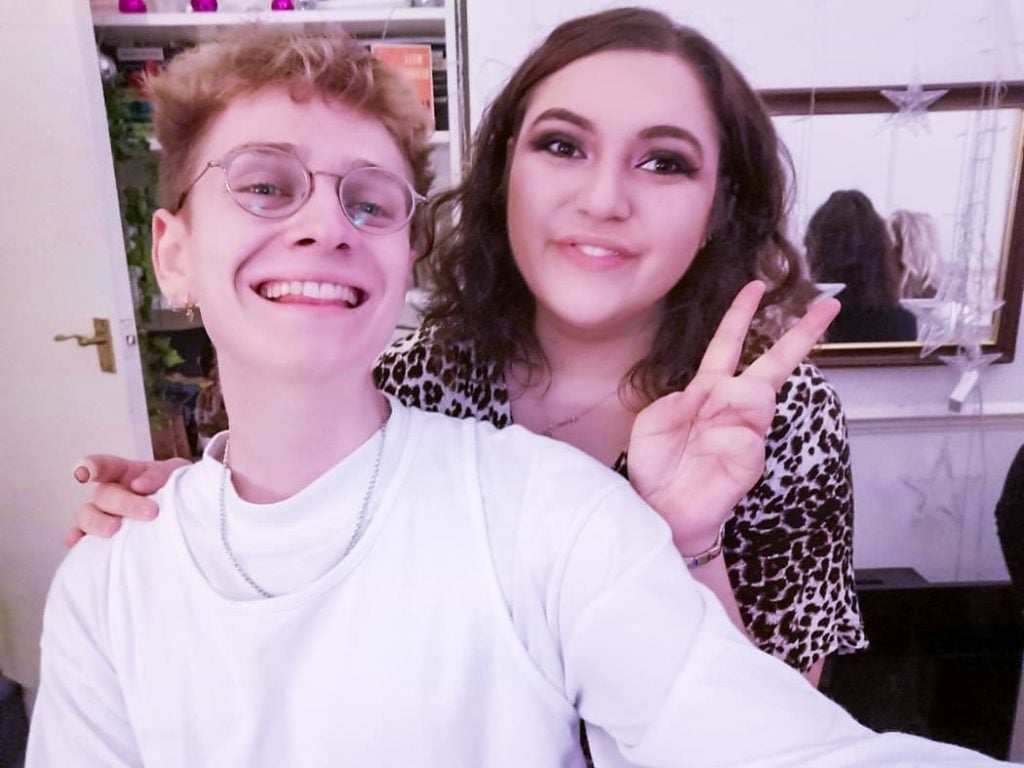 He makes absolutely no effort with the conversation

One of the seven deadly sins of flirty chat is not asking the other person questions. If you like someone enough, you should want to know how their day went, how they’re feeling – really, you should want to know everything about them, to be honest. If you’re consistently making an effort to ask him questions, and he isn’t doing the same back, he just doesn’t care enough. Not worth your time.

He only ever hits you up when he wants to sext

He’s always angling the conversation one way, and as much as you’re attracted to him you can’t help feeling a little used. Obviously this is absolutely fine if you’re both looking for a bit of fun or sexy distraction from the lockdown lifestyle we all reluctantly lead. But if you like him (like-like him) and he’s only hitting you up to sext, or asks for nudes quickly into the conversation, this is basically the same as regularly sleeping with a guy who you know, deep down, doesn’t like you as much as you like him. Don’t do it to yourself hun. Only ends badly.

He’s vague about meeting up after lockdown ends

If your heart is absolutely set on seeing this guy as soon as lockdown is up, but from his messages you’re not sure if he feels the same: watch out. First off, ask him. It’s a good indicator of his interest in you and also tells you what to do. If he doesn’t have concrete plans to see you, this isn’t encouraging. If he’s comfortable waiting a further two weeks after a six week government mandated lockdown to see you, that is just not enough commitment to the cause.

Also, even if he wants you instantly: make sure what he wants is also what you want. If he’s vague about what he wants to do with you when you meet up after lockdown (i.e you never discuss dates, only sex) you should stay on high alert for that too. It entirely depends what you want, but it’s best to make sure this is aligned with what he wants before you spend all your waking hours fantasising about a boy who just wants a shag or two. 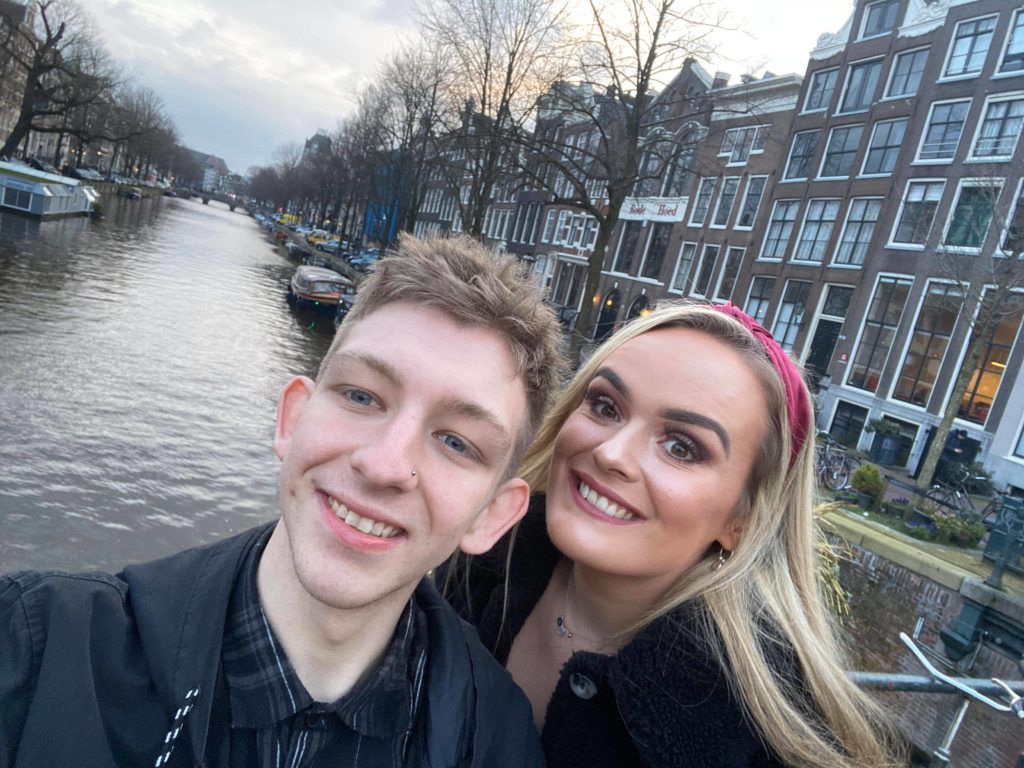 He’s unwilling to call or FaceTime

If he’s making excuses constantly, trying to avoid calls and FaceTimes, he might genuinely not be that into it. If it’s one time, that’s acceptable. But refuse to FaceTime me twice, shame on you. Either he’s just not that interested in prolonged conversation with you, which means he doesn’t like you in that way, or maybe he’s nervous – which he should be able to overcome if he likes you enough.

He wants to call and FaceTime but immediately makes it sexy

Oh my god please can we have one conversation without touching our genitals I beg of you. 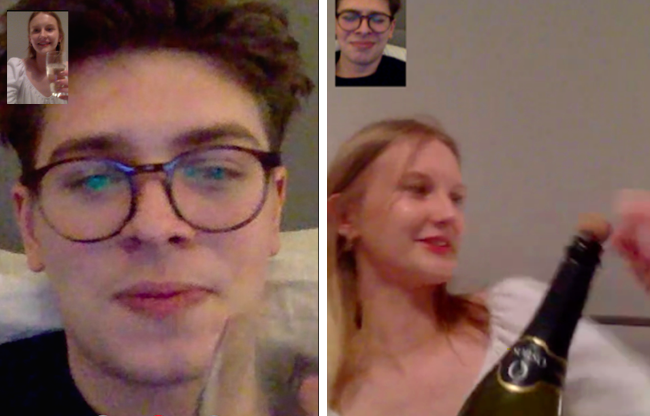 He never compliments you

If you send him a selfie, or do a full face of makeup for a FaceTime date, or send a fire nude – you want compliments. If you think I’m fit enough to be interested in me in the first place, you should be comfortable telling me that. A little compliment goes a long way. Maybe compliment him first and see if he reciprocates. If he doesn’t, and ticks multiple of these other boxes, cancelling him is something to seriously consider.

There is literally no excuse for it now. If they don’t respond for 12 hours, or a day, or multiple days: they are not interested. I’m so sorry to say it to you gals but you deserve better anyway. Please, dump this quarantine boyfriend and move onto one that compliments you, calls you and responds to texts within minutes. It’s really the bare minimum.