Harry and Francesca are still a couple!!!

If you spent your weekend binge watching Too Hot To Handle on Netflix, then you will know the wildly popular new dating show ended with three couples. Sharron and Rhonda, Harry and Francesca, and David and Lydia, but are these Too Hot To Handle couples still actually together?

The show was filmed over a year ago and a LOT can change in that time. They could have stayed together, broken up, moved in together, had a baby or got married. Anything could have happened.

So through an FBI level investigation, we’ve done a deep dive into which Too Hot To Handle couples are still together. And by a lot of scrolling through their Instagrams, it looks like one couple is definitely still together.

These are which Too Hot To Handles are still together:

Omg!!!! These two are actually still together, and you just love to see it. Francesca confirmed on her Instagram she is still in a relationship with Harry. She shared a picture of them together smiling and captioned it “always been you”. Harry commented on the post “wow”  and “love you”.

Ok, so this isn’t the situation we thought we’d end up in but Sharron and Rhonda have broken up and I am devastated.

They both said the distance made it difficult for the two to make their relationship work. They lived over 11 hours car journey away from each other.

Rhonda said she is dating someone new, she said: “Sharron and I are not together, but fortunately I have been able to rekindle a relationship with a special someone.”

Sharron has spoken a lot about their relationship and called Rhonda a “blessing” in his life. He said: “Rhonda has been a blessing to have in my life, she’s been the strength to my weakness, the music to my soul and the yin to my yang.

“Unfortunately distance has been an issue, and although she’s miles away our connection will always be.”

These two weren’t an official couple by the end of the show, but they were the closest thing to a third pairing. One promising sign is that they still follow each other on Instagram and live in London, so practically it could work.

Both of them have put the occasional comment on each other’s Instagram posts, but nothing outrageously flirty. Last week Lydia commented on David’s shirtless workout post “Oh heyyyy” with the sunglass face emoji. 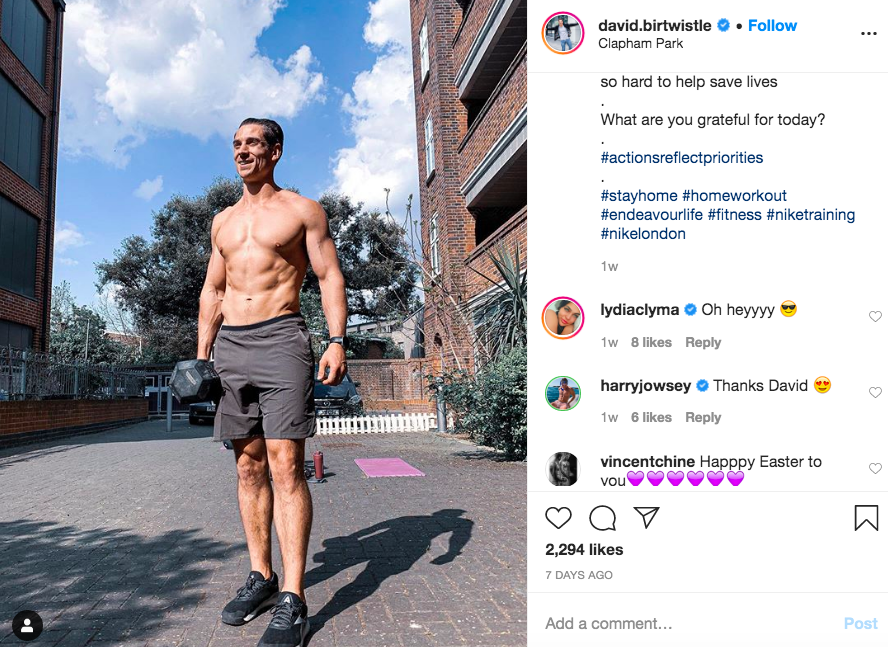 Lydia said she will be doing a Q&A on Friday about the show, so hopefully we’ll find out then if they’ve stayed together.

In a very weird plot twist, it turns out that Bryce and Nicole are now seeing each other. In an announcement about where all the Too Hot To Handle couples are now, Bryce and Nicole revealed they got closer after filming ended and are seeing how things go.

Bryce said: “Although we did chat throughout the show, Nicole and I got much closer after filming! I think she is so beautiful and sweet and lovely. As far as our relationship stands at the moment, we’re just seeing how everything plays out. Obviously we are on opposite sides of the planet, but we chat daily (when the times work out)! Everything is very casual, and chill, with no pressure. Once quarantine ends, we can hopefully reunite and see where it goes from there.”

Nicole also said: “Bryce and I got closer after filming.  He’s a genuinely lovely guy and we are just seeing where things go without putting any pressure on anything! It’s not the ideal situation when he lives halfway across the globe but we are trying to figure out how we will move forward after quarantine ends!”