The Who Wants to be a Millionaire cheating scandal is one of the most well-known cheating stories in TV history. The scandal is also known as the coughing scandal because three people tried to cheat the show by looking up answers and coughing in the audience when the right answer was said. It’s gone down in history simply because it’s so laughably outrageous and it actually nearly worked.

There’s so much to it – people were arrested and fined thousands of pounds. On top of this, since it all came out, a play and TV series have been inspired by the story. Here are all the facts behind the true story:

What is the Who Wants to be a Millionaire cheating scandal?

The Who Wants to be a Millionaire team made a five-minute explainer video for their YouTube channel. In this video, presenter Chris Tarrant explains exactly what went down. In 2001 ex-army major Charles Ingram was the contestant, his wife Diana was in the audience, as was his third accomplice – Tecwen Whittock.

Apparently using paper and a mobile phone, Tecwen looked up the answers to each question. When Charles said the correct one he would cough, when he went for the wrong one Tecwen would blow his nose. That’s it. That’s as deep as the mastermind cheating technique went.

As simple as this sounds, Charles made it all the way to the end and actually won the million pounds. 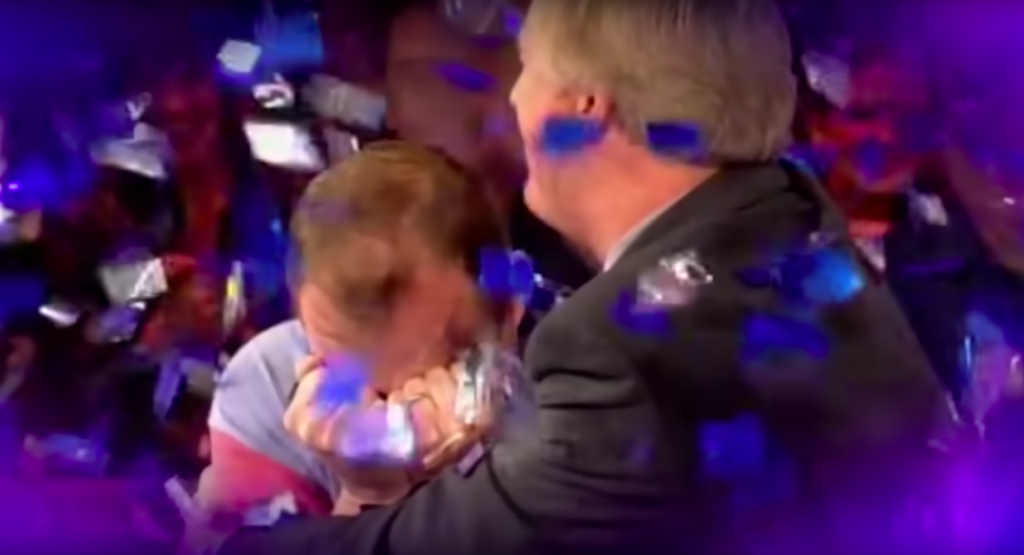 How did they get found out?

Unfortunately, their success didn’t last long. Whilst watching the show behind the scenes, producers started to become suspicious.

One moment it began to unravel was when both Charles and his friend didn’t know the answer to a question about pop music. Charles used his 50/50 lifeline but still couldn’t choose between the two answers. He was going back and forth until suddenly his wife started coughing. Charles quickly became sure of his answer and got it right – making everything look very suspicious.

Apparently, by the time Charles got to the million-pound answer, the producers were fairly certain on what was going on.

What happened to them after?

After the producers watched the show back, they accused Charles of cheating. He, his wife and Tecwen went to court in 2003 and had a four-week trial. Tecwen defended himself by claiming he had suffered a persistent cough all his life – he was recorded coughing 192 times during the course of the show.

Ingram maintained his innocence throughout his court trial but was found guilty. He didn’t go to jail, instead, the judge gave him a 20-month suspended prison sentence.The couple were also fined £25,000. Tecwen Whittock was given a 12 month suspended sentence.

Their scandal continues to be talked about. Director James Graham was so inspired by the scandal that he turned the story into a stage play called Quiz. He described the story as “the most British crime of all time”.

ITV are now adapting this play into a new drama which stars big names, such as, Michael Sheen, Helen McCrory, Aisling Bea and Matthew MacFadyen.