Netflix have dropped a new thriller Freud today and it’s the furthest thing away from your psychology lessons. The drama looks incredibly messed up, twisted, full of paranormal activity and features a lot of sex.

The show features a young Freud teaming up with a psychic and a police officer to solve a series of bloody mysteries. And I’ve never watched such a bonkers trailer that’s both horrified and intrigued me, so naturally the show has gone straight to the top of my list. 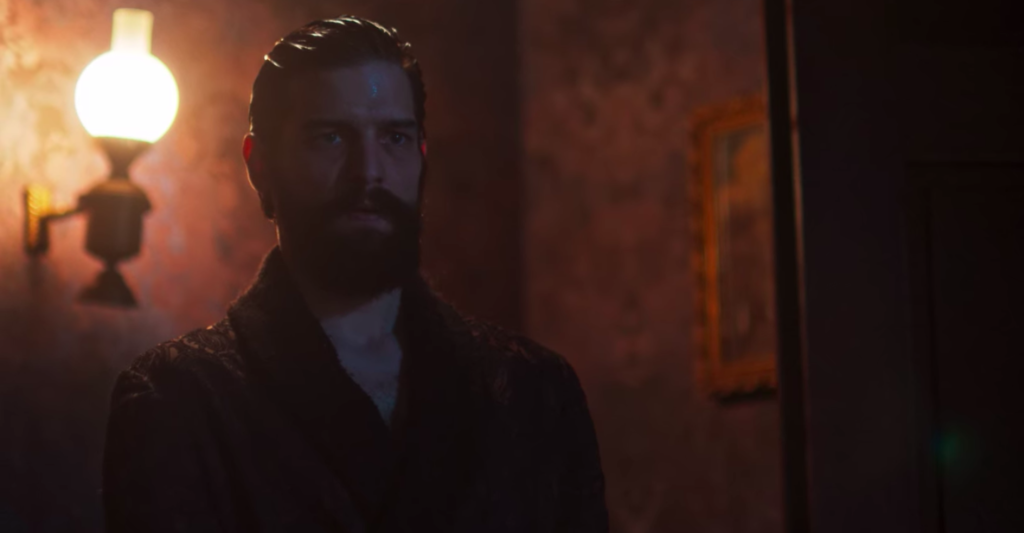 What is Netflix’s Freud about?

The eight part drama focuses on a young Freud who is still relatively unknown and working on his theories. And that’s where the historical accuracies stop.

Based in Vienna in the 19th century Freud joins forces with a medium and a police officer to solve a number of mysteries. But Sherlock Holmes this show is not.

The atmosphere changes when we met a psychic who is so powerful she can control people to do her bidding, Freud becomes involved in a Austro-Hungarian political conspiracy and there’s a lot of paranormal activity involving satanic blood rituals and evil demons.

Sounds so messed up and I can’t wait.

The cast of Freud

Playing the young Freud is Robert Finster and a lot of people on Twitter are appreciating how fit he is and admitting how weird it is that they fancy Freud.

Freud is sexy and nothing about this makes any sense pic.twitter.com/bvLVniIGiL

Also in the series is Ella Rumpf, Georg Friedrich and Christoph Krutzler.

Freud is available to watch on Netflix now. For all the latest Netflix news, drops and memes like The Holy Church of Netflix on Facebook.

•Netflix series Tiger King is ‘absurd’, ‘chaotic’ and the ‘craziest doc ever’