By now, everyone should be drinking milk substitutes. And if you are, you can no longer think of cows milk in the same way. It’s gross, it’s full of hormones, and it has a vibe check of minus one hundred. Milk substitutes though? Edgy, nice packaging, good for the environment, great for your body, vibey. What more could you want?

But some are better than others. As we recently found out, some milk substitutes are actually really bad for the environment, especially the poor bees! And the bees don’t need any more trouble. Leave the bees alone. What you might not know, though, is that when you pick up that carton of sweet, sweet milk substitute, you’re actually saying a lot about who you are as a person. It’s basically a dating profile in a carton. That milk substitute could be sold to Cambridge Analytica and used to win elections. That’s how much it says about you. I’m kidding, but seriously, here’s what it says about your general vibe:

Ah, so we wanted to have a go at milk substitutes did you? Good for you! You probably used to joke about vegans a few years ago, and now you’re dipping your toe into their territory. You’ll own a tote bag and have a nose ring next. So in your new milk substitution venture, you picked the nicest sounding one, and boy was it good and creamy! Goes down a treat. Well, sorry to break it to you, you’re still killing the planet. It’s okay, maybe you didn’t know. But almond is an entry level milk sub. Almond is the missionary positions of milk substitutes. Almond milk drinkers need to do better. Greta is watching. 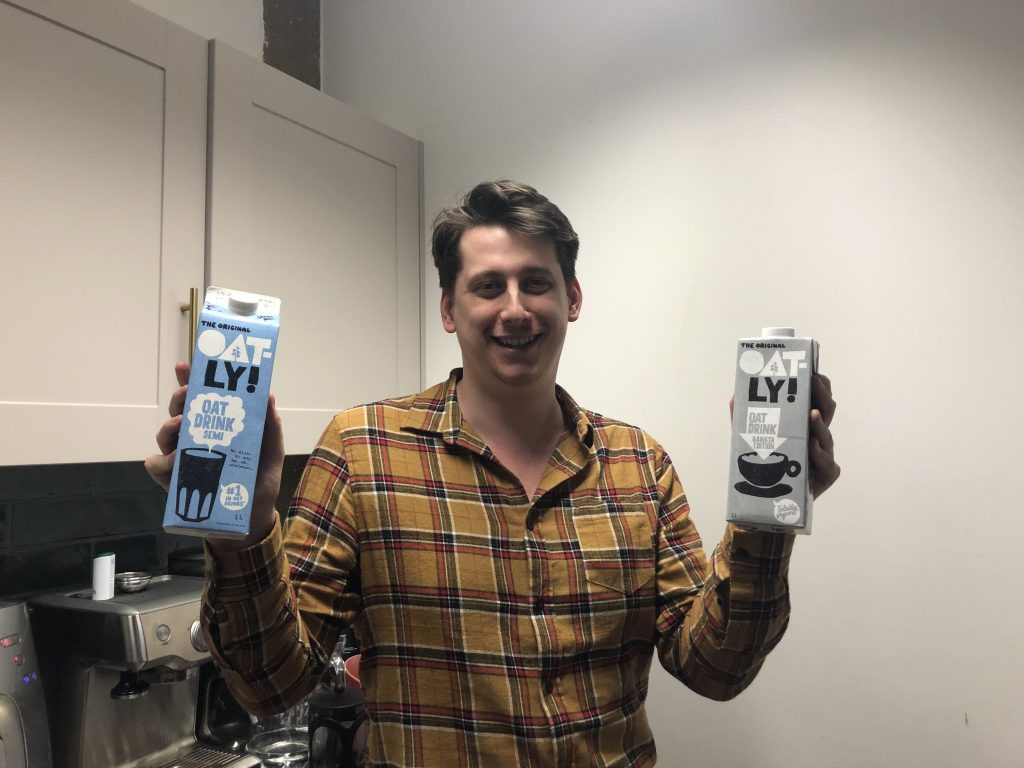 This milk is good for the planet, and so are they. In fact, it’s the best milk for the planet there is! They’re a committed vegan with strong gap yah vibes, and a real OG Extinction Rebellion supporter. They have a mandala wall hanging and are permanently burning incense. If they exercise it is strictly yoga, nothing else. Anything about the environment they see on Twitter makes them SLAM that RT button like their life depends on it. They’re performative, but we need them to save this planet. We stan you, oat milk drinkers.

This person is more of a low key milk sub user, they don’t like to shout about it. Probably because they’re doing it for their body, not for the planet. Dairy is bad for you, and bad for gains and tone too. The soy milk drinker can be seen in Gymshark, drinking their soy infused frozen blueberry and banana smoothie. All health all the time, they’re practically glowing with wellness. Chris Hoy more like Chris Soy x 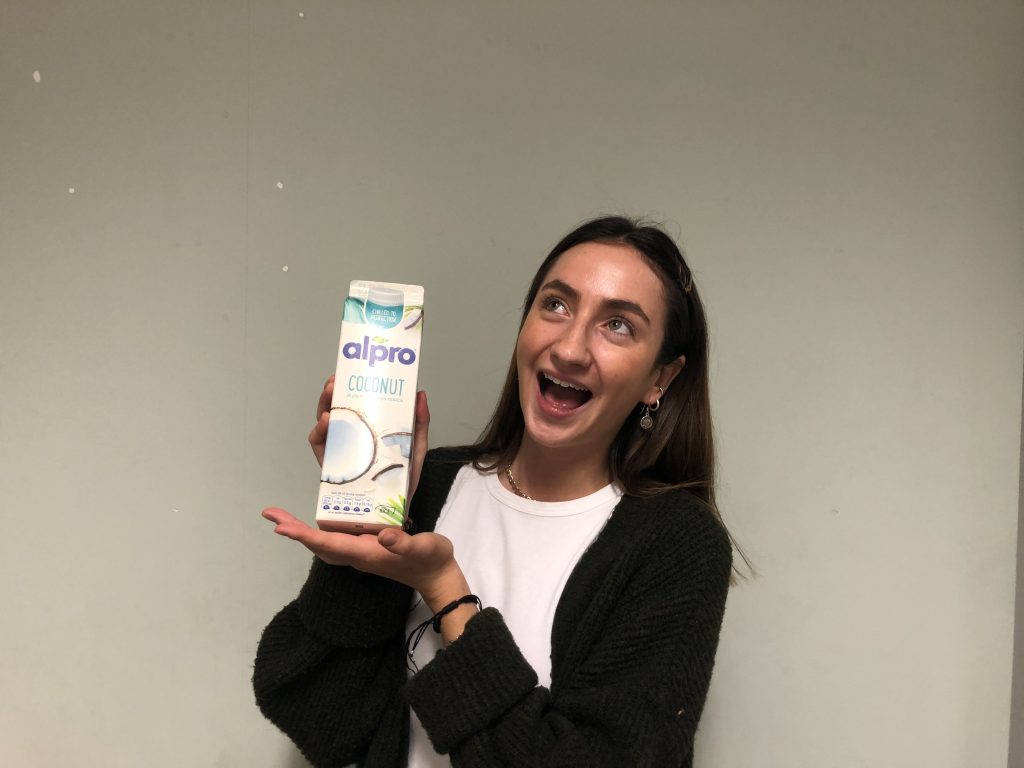 Ok hun. Fancied something sweet, did we? You wanted to switch from the nightmare that is dairy but all the other milks just sounded so bland. You wanted something better, and rose gold milk doesn’t exist. So you went for coconut, because you love coconut water, fairy lights and everything that radiates a baby pink kinda energy. That’s the vibe of coconut milk. Well, say goodbye, Emily, because you’re also killing the environment. Coconut milk is BAD.

Rice milk sounds a bit weird, so it isn’t for the faint of heart. It’s the alternative sibling, out of all the milk substitutes. Rice milk is a vibe, and so are you. You’ve done your research, but not so much that you’re in a hyper-vegan state and can literally only see green now. Probably quite well dressed and alternative, the rice milk drinker is a bit intimidating. They wear one of those cool long coats and boots and have more than one piercing. They have an art print in their bedroom and when they’re not drinking rice milk, they’re drinking red wine. The rice milk drinker picks up their carton with a deft ease. They know what they want, and what they want is rice milk.

Before you ask, does cashew milk exist? Yes it does, and it is spenny. Too good for oat, too good for the humble almond. Rice? No way. Not even soy. These big poshos want the finest milk of all, and don’t really care too much about the environment. They ask for it in their Pret coffees even though they know all too well that Pret doesn’t have cashew milk. Strong organised sports vibes, the cashew milk drinker is a rugby boy or lacrosse girl on their way up to a banking grad job in Canary Wharf. See a carton of cashew milk and there will be a signet ring adorned hand carrying it, I promise you.

• PSA: Drinking almond or coconut milk is really, really bad for the planet

• Quiz: Can you identify which of these foods are vegan or not?

Photo (before edits) by Paweł Czerwiński on Unsplash