Picture this. It's the night of the year eight school disco. Anticipation is heavy in the air. One big question remains: What do you wear? Do you go with your flames patterned shirt, or a more casual Hollister look? With your burgundy hoodie? What about accessories? Is it a dappy hat evening, or more of a Kanye shutter shades vibe? The possibilities are endless, and all equally horrifying.

Boys cannot dress. We know this because years of evidence have proved it, over and over. Fedoras set the tone, but red chinos really hammered the point home. We’re not saying girls haven’t made some pretty awful mistakes too but boys took the lead as soon as they put on their first Aztec print River Island t-shirt. Walk with us through cursed memories of years gone by. It's going to be quite a ride. 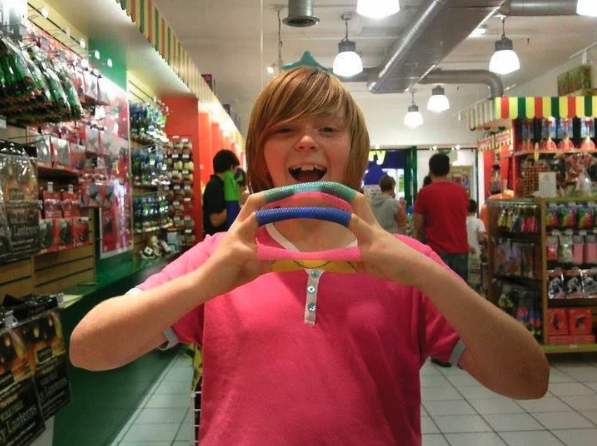 You know the ones. Simon from the Inbetweeners was the most popular model of this piece which never bodes well, but to be fair we all took advantage of the three for £15 offer so there's nothing but love here. New Look came in clutch with a number of distasteful garments of the era, from cheap grey zip hoodies to thin plimsolls, but this one will forever be the most cringe-inducing. 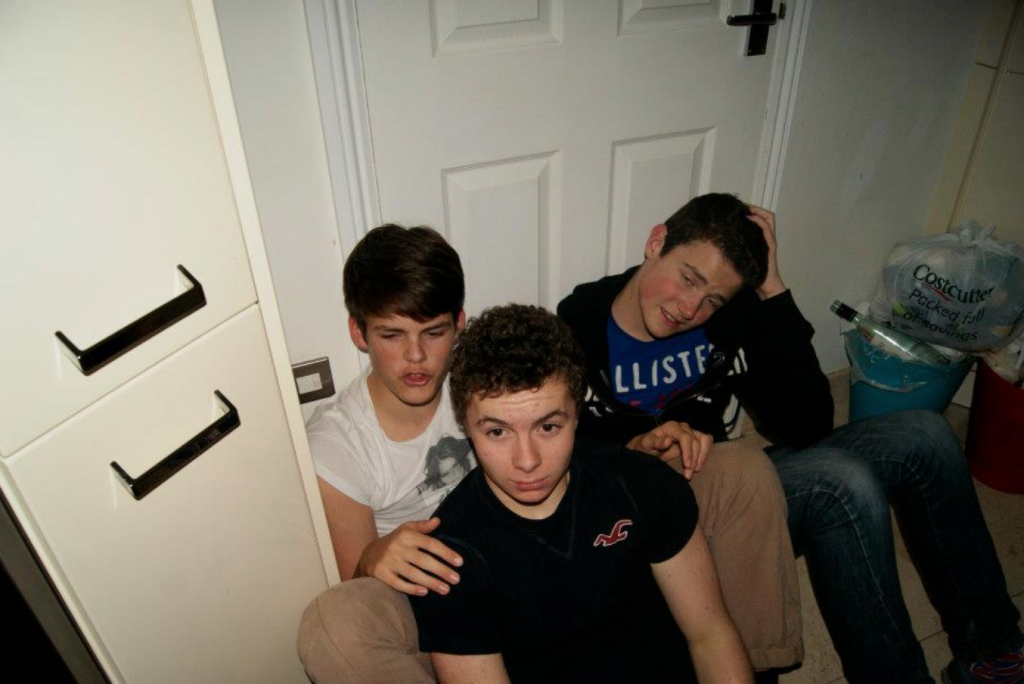 All Abercrombie also applies. Kinda hilarious when you think that the brand which markets itself on being repped by fit, hunky men was being funded primarily by weedy little teenage boys whose voices hadn’t broken. Now it's only your dad who wears Hollister. Also remember when the CEO said that fat people shouldn’t wear their clothes lol. 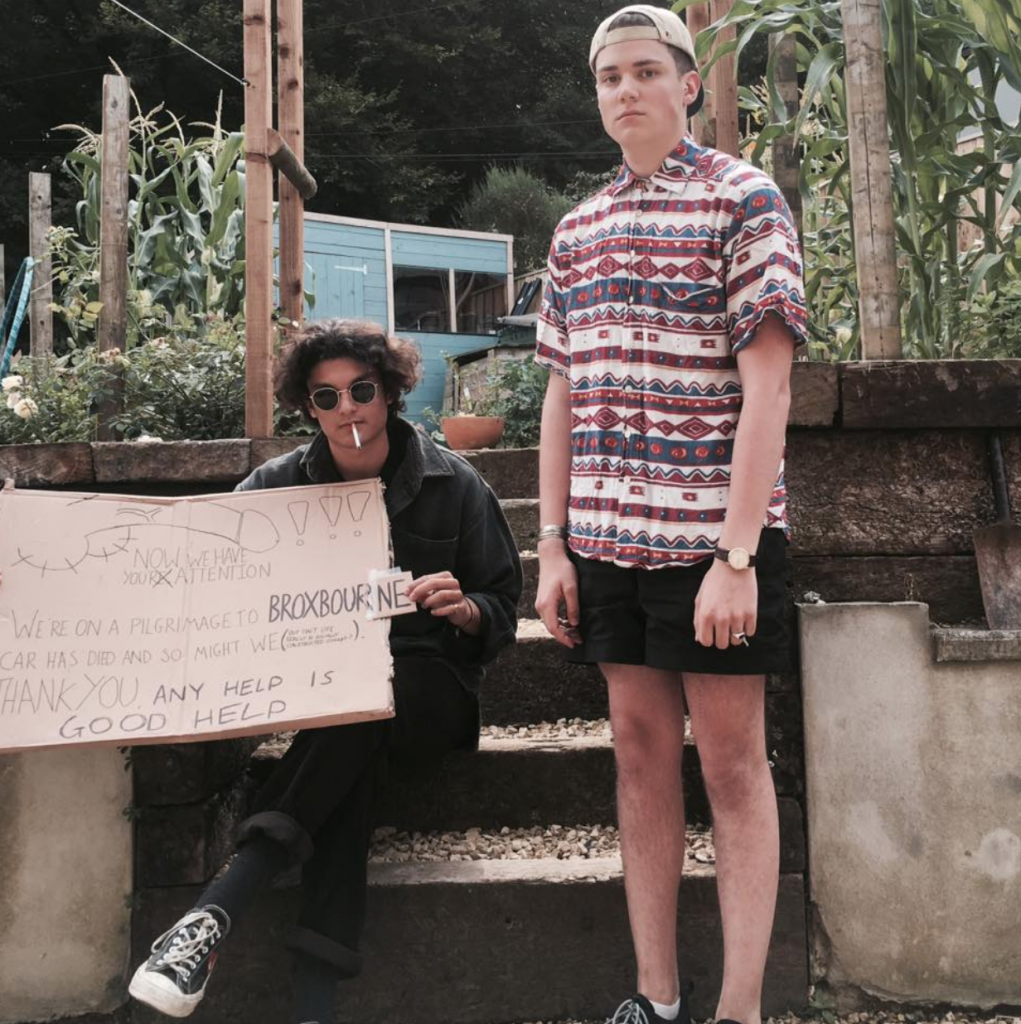 It's 2011. Topman and River Island strike again, and this time nothing is safe – shoes, shirts and jumpers across the UK are adorned with the horrible blues, greens and reds that are oh so common in this horrible clothing. We can’t stress strongly enough how much these weren’t a vibe.

3D glasses with lenses popped out 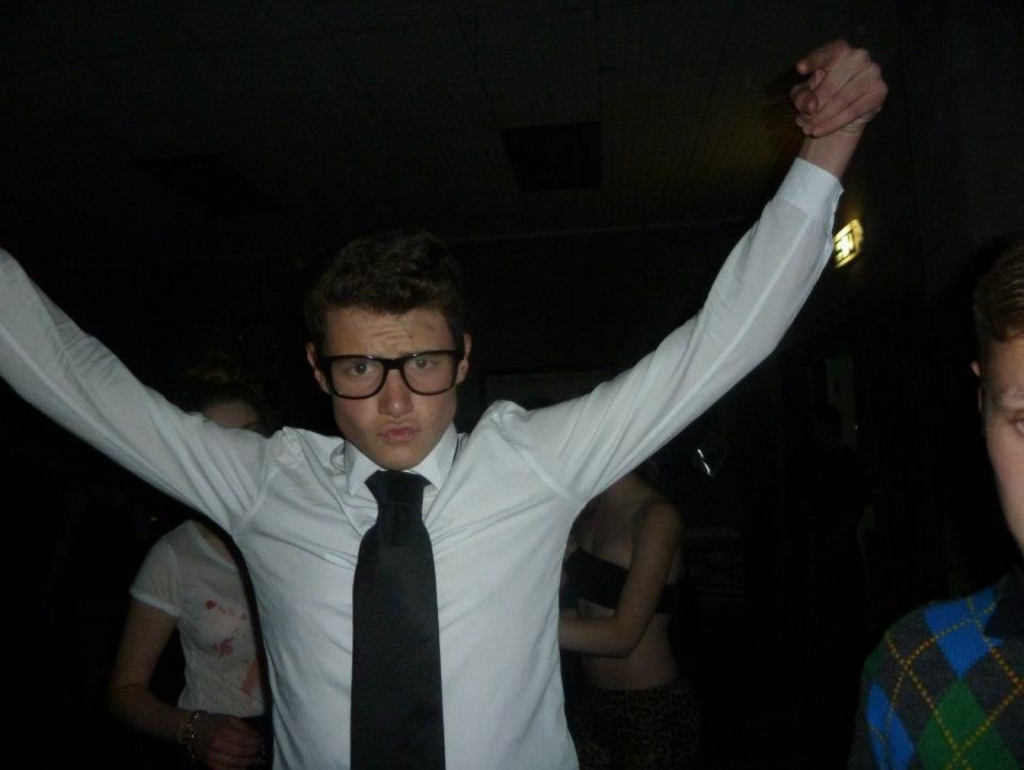 Who'd have thought that what was essential for the teenage trip to the shopping centre to watch Avatar in 3D was also a prime fashion accessory to be worn at the best parties for many weeks to follow? A peculiar trend but perhaps a reactionary one to the blatant environmental issue that these glasses posed – talk about sustainable clothing.

Who knew Superman’s secret identity was the boy from your Year 9 maths class that listened to Maroon 5 on repeat? The Superman/Batman/anyfuckingsuperhero belt was too often coupled with bright high top converses of some variety – the guy that wore these was a douuuuche.

Zip hoodies tied at the drawstrings 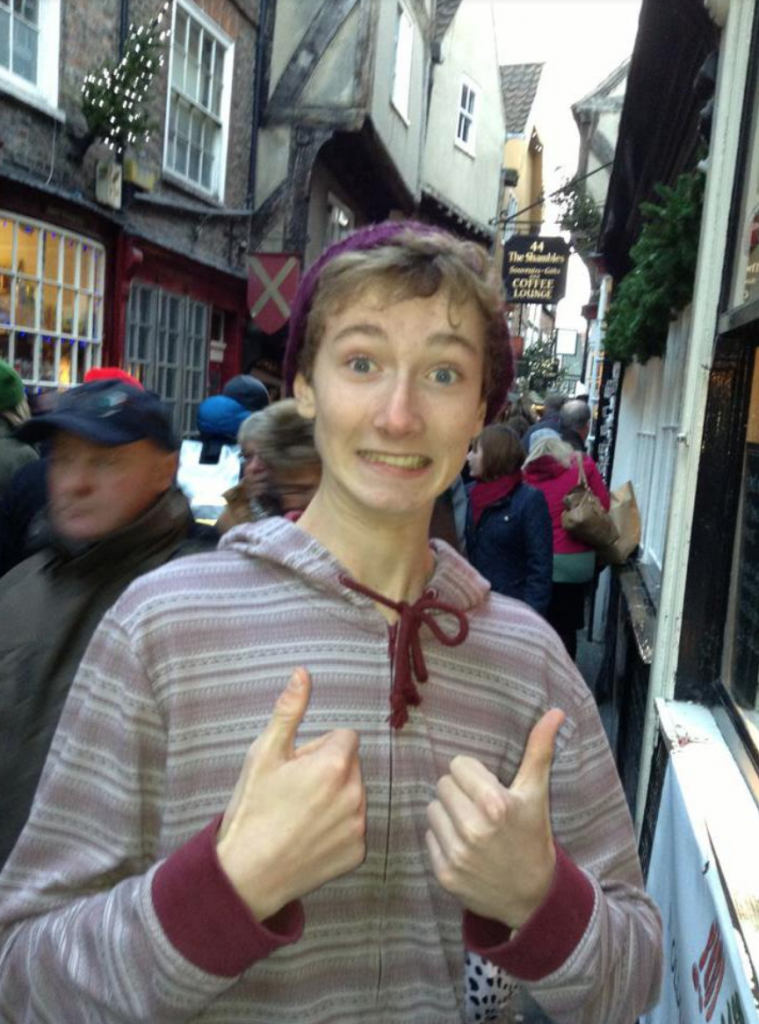 This was such a huge trend that Harry Styles actually wore it in a One Direction music video and it's been seared into our minds ever since. What made tying your drawstrings together so cool at one point? It quite literally tied the outfit together that's why. Bonus points if you did it with that burgundy Primark hoodie everyone owned. Super reem, very swag money. 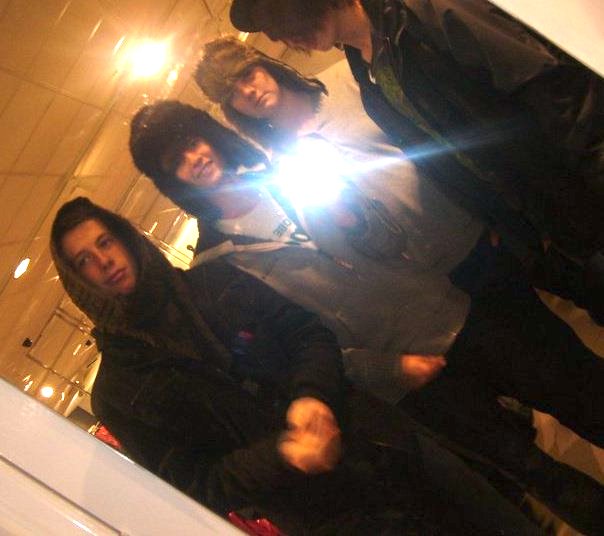 Na na night, now you look like even more of a twat than Dappy. At least our ears were warm.

Jeans with ribs in them 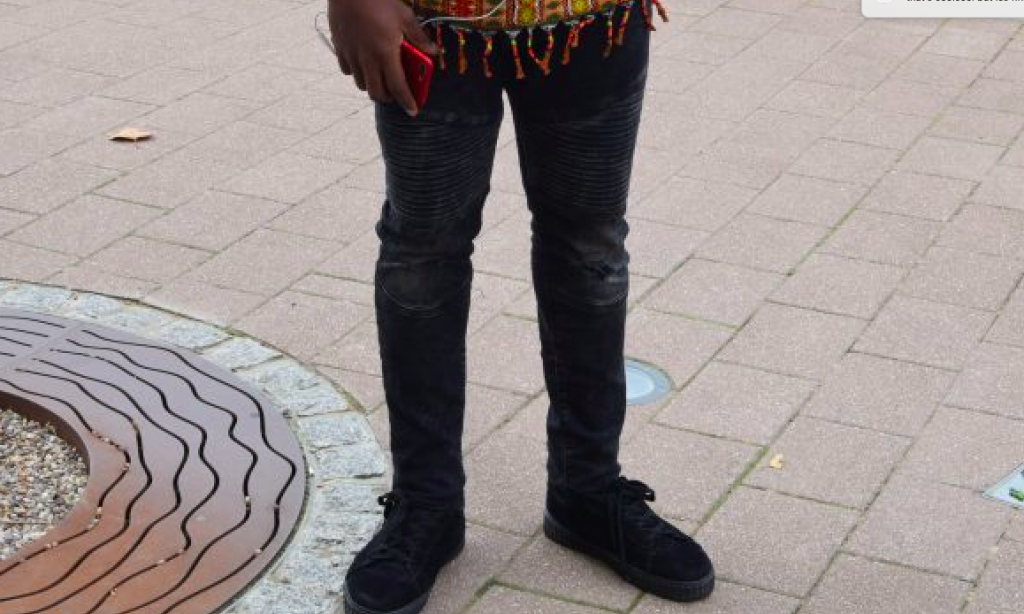 There’s little that can be said about these other than that they’re just horrible.

Old Skools suck. They were in fashion a while ago, to the point where you couldn’t walk around without being plagued by the sight of Old Skools on every pair of feet. It was a crepedemic. But now they’re not. Boys seem to have willfully ignored this, and still continue to wear them to this day, thinking they add a degree of edge to their outfits. They don’t.

Yankee snapbacks with the sticker left on 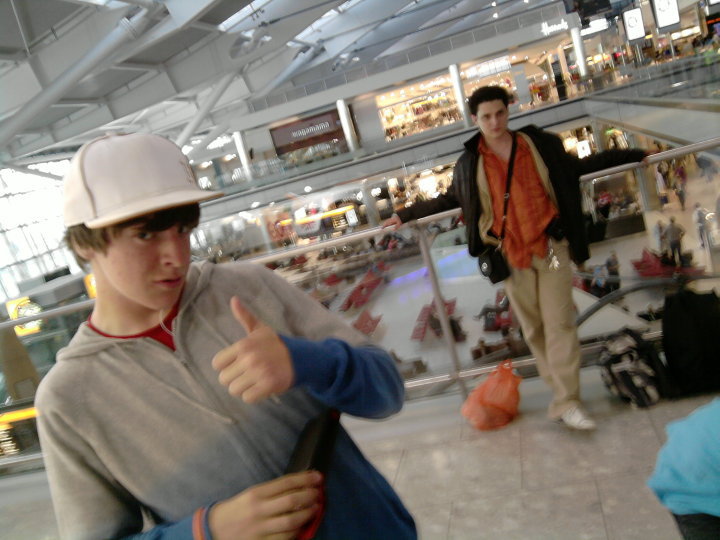 Watch out Lebran Jomes, we’ve got a bit of an American sport star over here! Seriously, what was wrong with just going for a normal sports hat with a normal peak? You want to look like Channing Tatum in Step Up?

It may be a point of personal embitterment that I heavily dislike these due to their accentuation on my wider-than-average hips, but actually these really do make any male look like a prize knob. If you're wearing longline then at least make it a boxy fit otherwise you'll end up looking like a pencil. 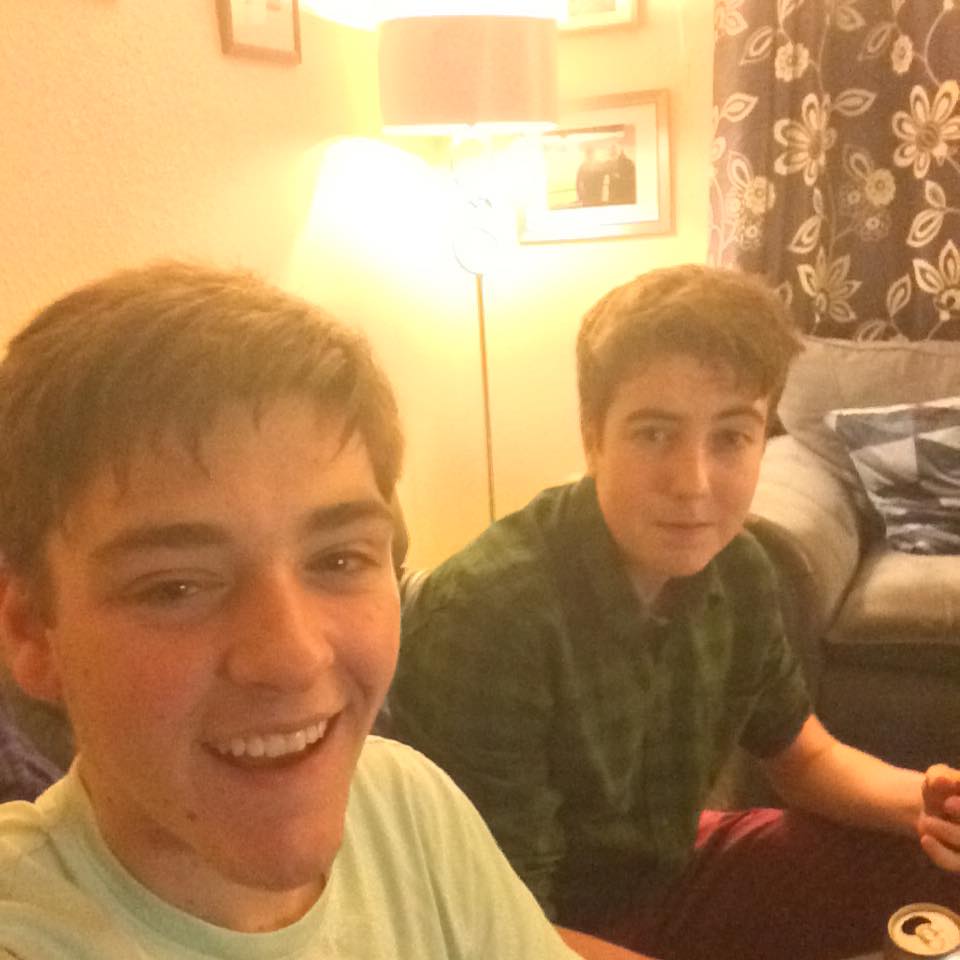 Is there a better way of saying “I don’t fuck” than wearing one of these bad boys on a night out? No. They may have been the pinnacle of edginess circa 2010, but they are the opposite now. As opposed to some of the items on this list that were terrible from the get-go, these actually used to look okay. But now they’re the worst, and should never be worn again. We should have left checkered shirts in the previous decade, where they belonged. 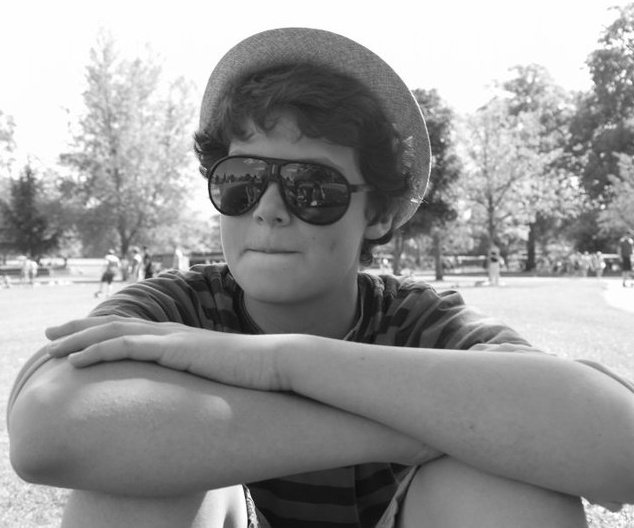 Who do you think you are? Jason Mraz? Have we got a stinky little Bruno Mars on our hands? Huh? Stupid Justin Timberlake lookin' ass. 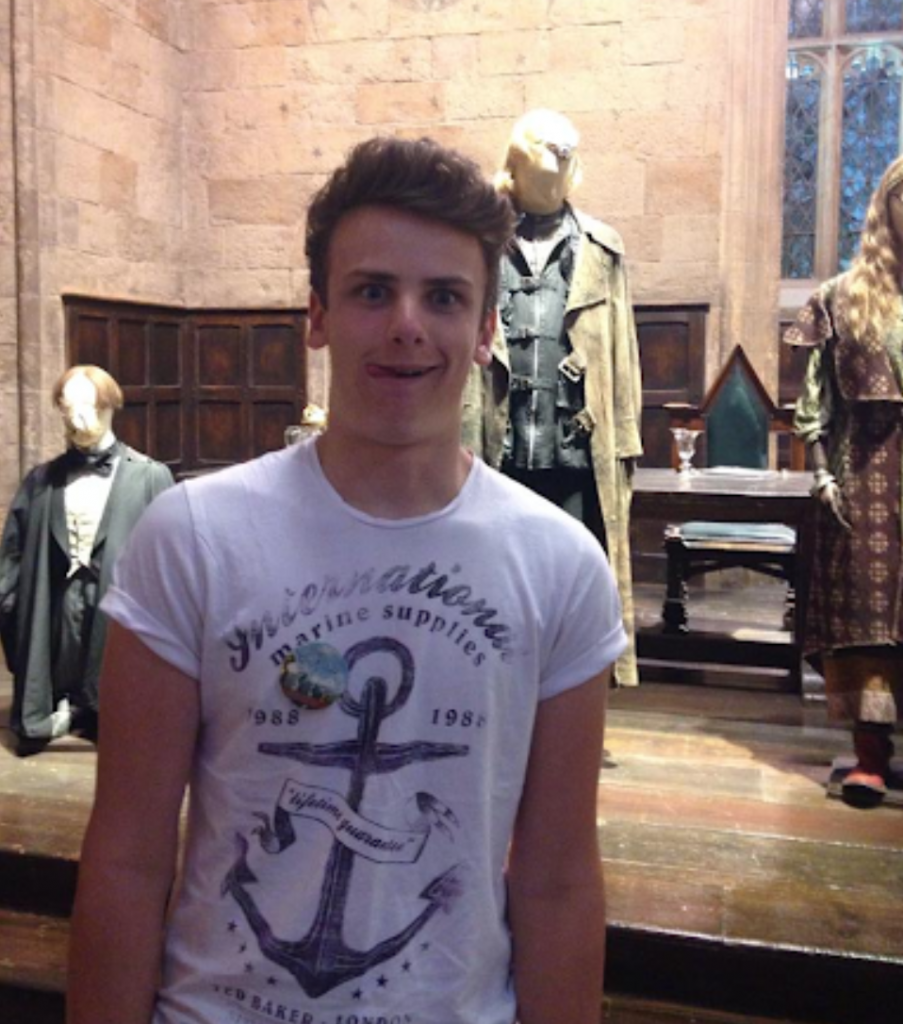 As if short sleeve shirts weren’t already a garment that you’d think couldn't possibly see any more punishment, skinny white boys and muscle-brimmed fuckboys alike adopted the rolled-up look to presumably accentuate the shape of their arms more. Did it work? You can be the judge.

These three all fit into the "shoes designed for a sport of some sort without being worn for said sport". Horribly of the time, did you ever even try and do a work out with Roshe Runs? You're practically asking for foot cramps. 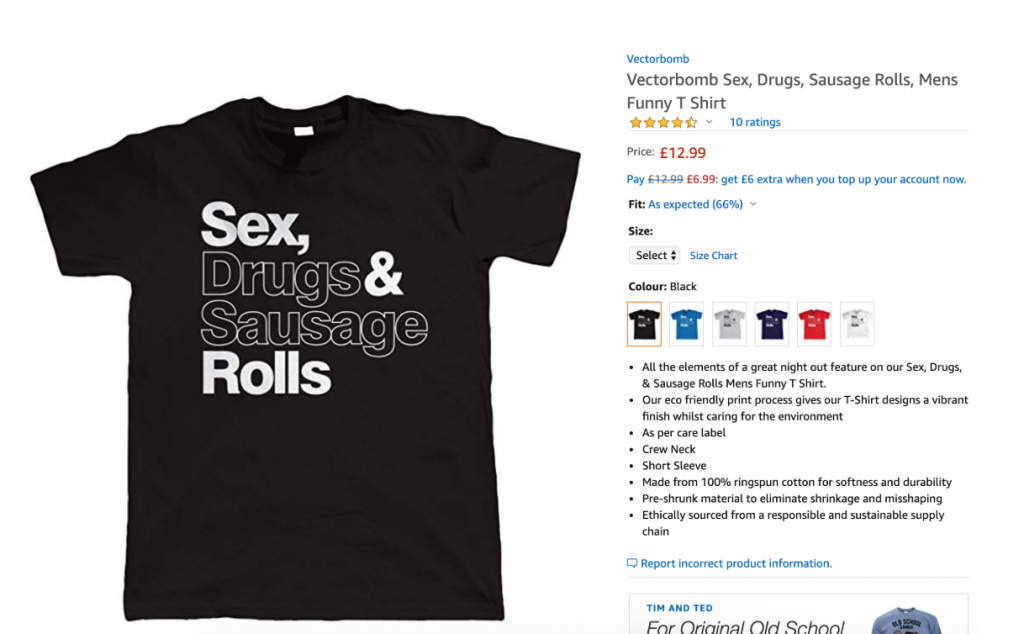 Sex, drugs and sausage rolls am I right ? Do u want to go to see Pirates of the Caribbean at the cinema with me this weekend? ? Sweet, lemme just ask my mum she should be cool with it tho ?

Ironic clothing just by nature can't be pulled off, so it makes it worse when people often aren't wearing it ironically. The fandom can be the death of a show, take Rick and Morty for example. I still have heavily traumatic nightmares of the time I wore a Heisenberg t-shirt into non uniform day and my RE teacher said "that's an awesome shirt, Harry" during register. 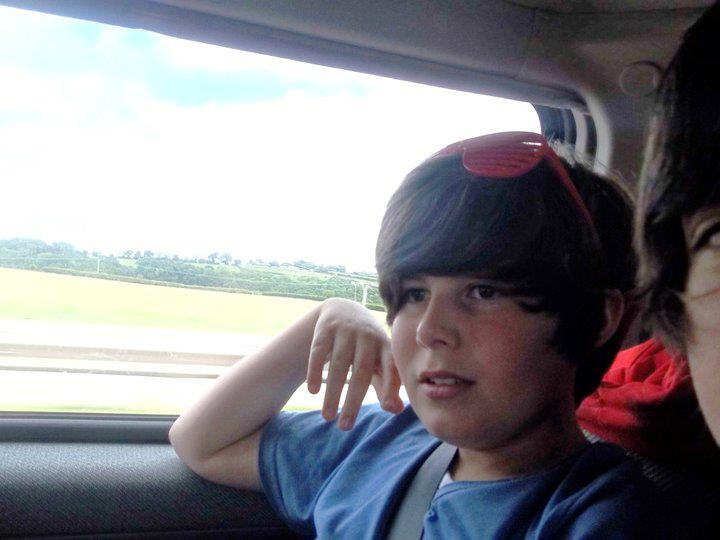 These are bound to come back. There's actually no way they can't. But until then, we're stuck with no other choice but to hate them. Impractical, ugly and completely pointless. AWFUL.

I have a very strong anti-cardigan stance, and this is why. The 2009 trend of thin, floppy cardigans being worn by men is one that should never be repeated. It hurt us so badly as a species that we should agree to forgo them forever, lest this mistake ever be repeated. If Freddie from Skins can’t pull them off, the every-man definitely can’t.

Mum, please they're two for a tenner! Urgh you're such a BITCH.

If you were someone who wore a onesie in any other environment but on your own, locked inside the comfort of your house, you must have enough embarrassment to last a lifetime without us making it any worse with our hateful words. So we'll just leave this paragraph here and move swiftly on. 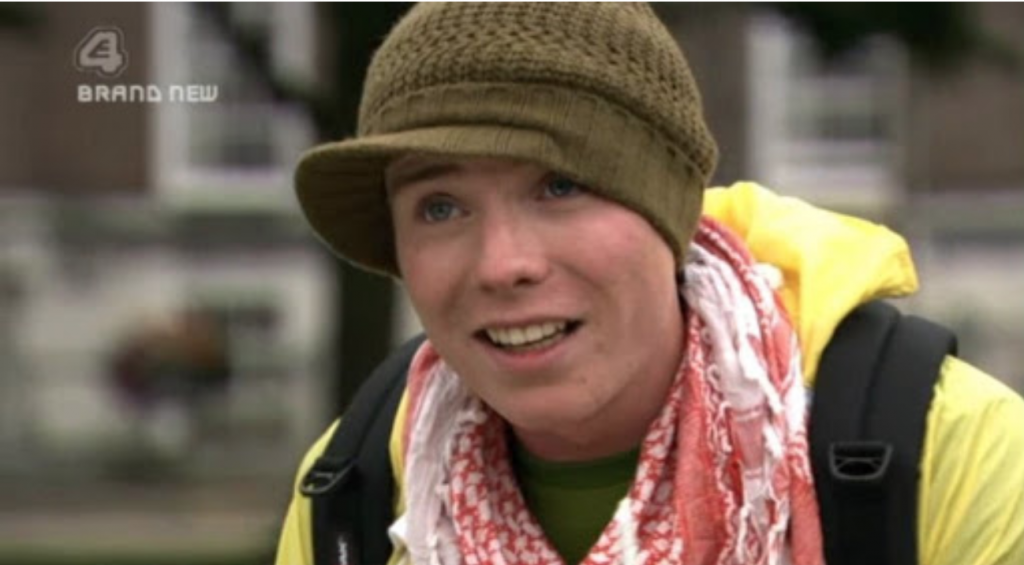 Not just any old hats with peaks though. No no, the beanie variety. Greeeeeebo!

What's the use in just having one normally functioning zip when you could have four? The loser Ben Sherman and Burton coat-wearers are in the corner playing nerd games while the Chad Superdry-coat-wearers are playing football.

• Fashion disasters we all experienced as teenagers in the early 2000s