British universities are warning students and staff travelling to and from areas in China where the coronavirus is spreading to seek medical advice.

According to The Guardian, unis are keeping track of students returning from areas where infection is widespread, as well as staff returning from Wuhan, which is at the centre of the outbreak.

Universities with links in Wuhan include Edinburgh, Aberdeen, Glasgow, Liverpool, Birmingham, and Dundee.

Recent reports say 14 people so far have been tested for the virus, five of whom are in Scotland. One of the people being tested is reportedly a student at the University of Edinburgh. 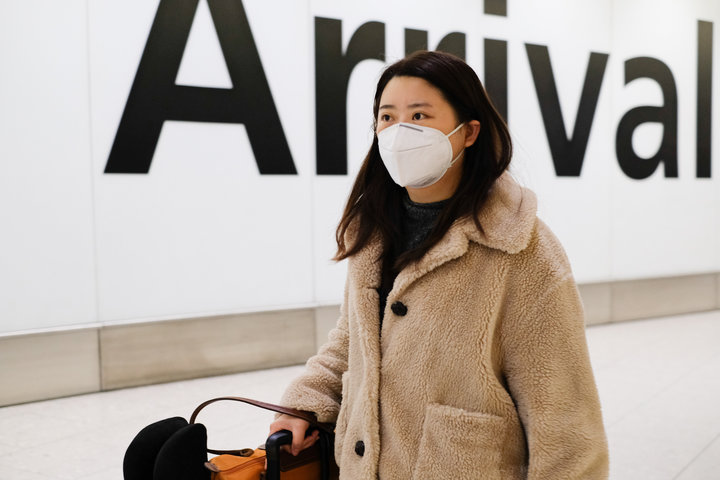 An estimated 120,000 Chinese students are enrolled in British universities, nine of which have partnerships with Wuhan University.

Dundee University, which runs an Architecture course in collaboration with Wuhan, has emailed students urging anyone who had travelled through affected areas to contact their GP by phone as soon as possible.

The email also told students to avoid crowded places, and alert the people they live with.

The university confirmed that five staff members had recently returned from Wuhan, but there have been no health concerns.

A spokesperson for the university said: “There are currently 34 students from the programme in Dundee, having arrived in September 2019. There have been no health concerns raised among that group but we will continue to monitor the situation closely.”

The University of Glasgow, which runs Economic and Law courses in Wuhan, has a total of 23 Chinese student in their final two years of study.

A spokesperson said: “We can confirm that all our Chinese students on this programme are currently studying at the university and in good health.” 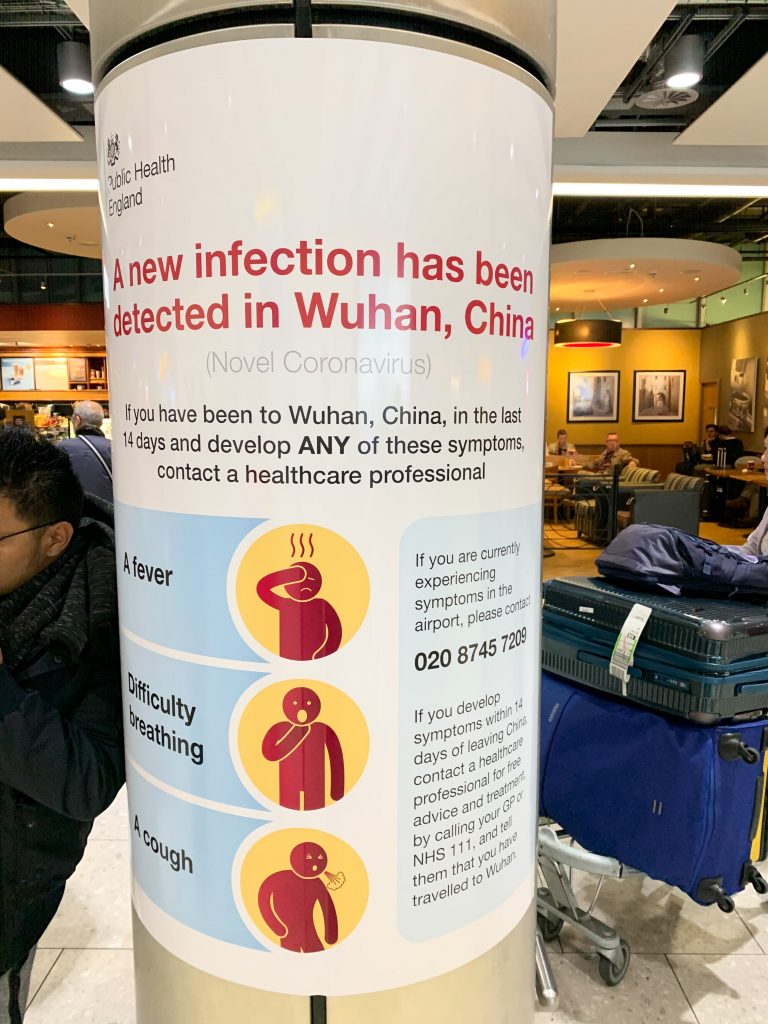 Flyers given at arrivals. Credit: SWNS

Aberdeen University also works in collaboration with Wuhan University. A spokesperson said: “The university is aware of five members of staff who have visited Wuhan during the outbreak, four of whom returned to the university three or more weeks ago.

“The remaining member of staff has a non-teaching role and is working from home as a precautionary measure.”

An estimated 300 exchange students in Newcastle University have links to Hubei province.

“We are writing to them all to remind them to follow the health protection advice and to offer support to any student concerned about themselves or loved ones,” a spokesperson for the University told The Guardian.

A special health advice event for students arriving from China in the last month has been put in place by the University, where students will be registered with a doctor.

A Newcastle spokesperson said: “In line with Foreign and Commonwealth Office advice, the university is advising that staff and students don’t travel to this area.”

The University of Liverpool has also issued a warning to students in or intending to travel to China.

On their website, a spokesperson wrote: “We would advise our students to avoid travelling to Wuhan if possible and follow basic hygiene rules including regular hand washing; maintain good personal hygiene; avoid visiting animal and bird markets, avoid people who are ill with respiratory symptoms and seek medical attention if you develop respiratory symptoms within 14 days of visiting Wuhan, either in China, or on return to the UK.”

Students from Birmingham University are currently studying in a range of Wuhan universities, but a spokesperson said the chance of infection was low, as they would have travelled to the city “months ago.”