One in five women suffer from PCOS, so why has no one ever heard of it?

‘It was like I’d finally found the missing puzzle piece’

Weight gain, irregular periods, super oily skin, excess facial hair, depression; no, these aren’t the side effects of the pill (ironically one of the only confirmed medications for PCOS) but the symptoms of Polycystic Ovary Syndrome, PCOS for short.

PCOS is a condition that causes a hormonal imbalance from small cysts on the ovaries. Women with the condition produce higher than normal amounts of male hormones, meaning they have little to no menstrual periods and often have difficulty getting pregnant.

As of yet, no one has found a cure for PCOS. Women with the condition can only manage their symptoms. 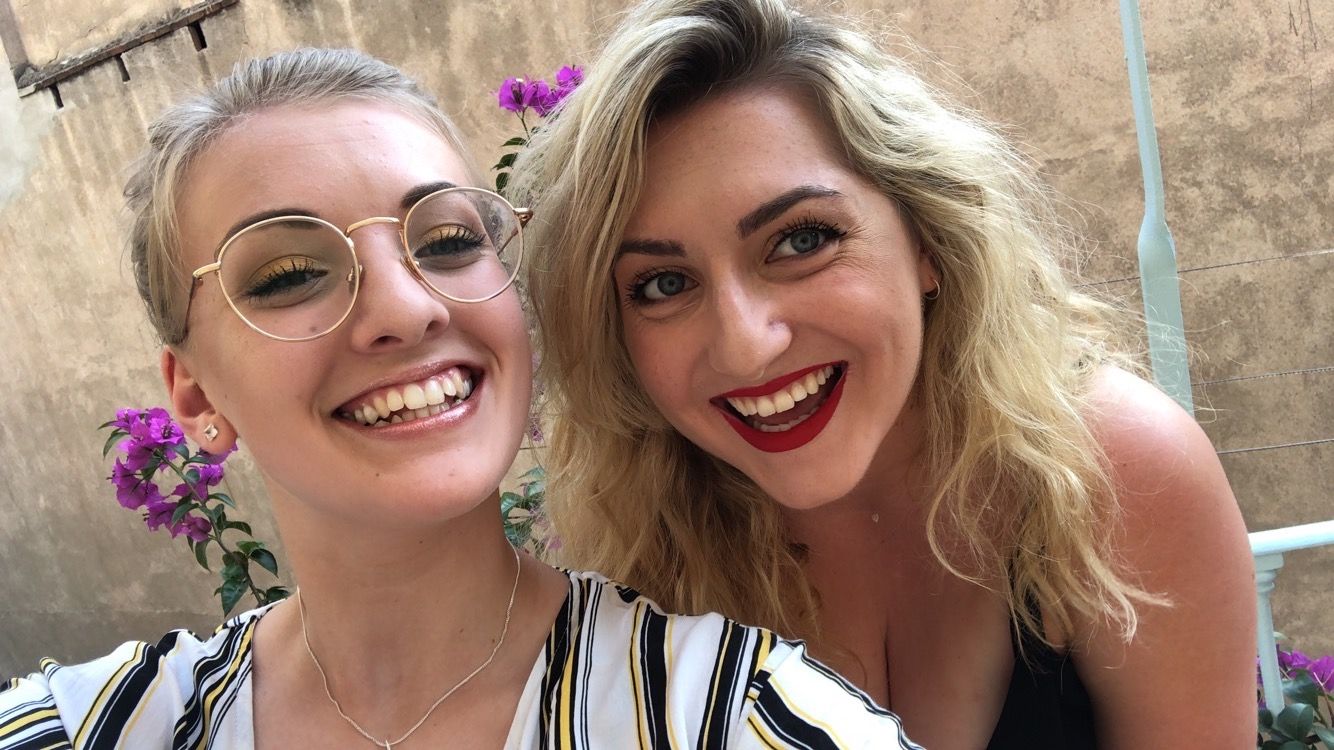 Dealing with Polycystic Ovary Syndrome at university is something that is always on my mind – turns out it’s pretty impossible to lead a “normal student life” of drinking and partying when you’re constantly worrying about how all the alcohol and takeaways are going to affect you in the long run.

In my experience, it’s more of a mental battle than anything. And for something already as challenging as getting a degree, dealing with PCOS on the side is pretty exhausting.

I first found out I had the condition when coming off the pill three years ago (which was a shit show in itself) and started to notice some darker hair growing on my face.

Most girls have a little bit of hair on their upper lip, we just hide it well – thanks, Veet hair removal cream – but I’d never had anything like this before.

My mum suggested some tests; turns out it was all adding up in her head. She also has PCOS and the combination of irregular periods, the struggle to lose weight, and now excess facial hair, was all too familiar. 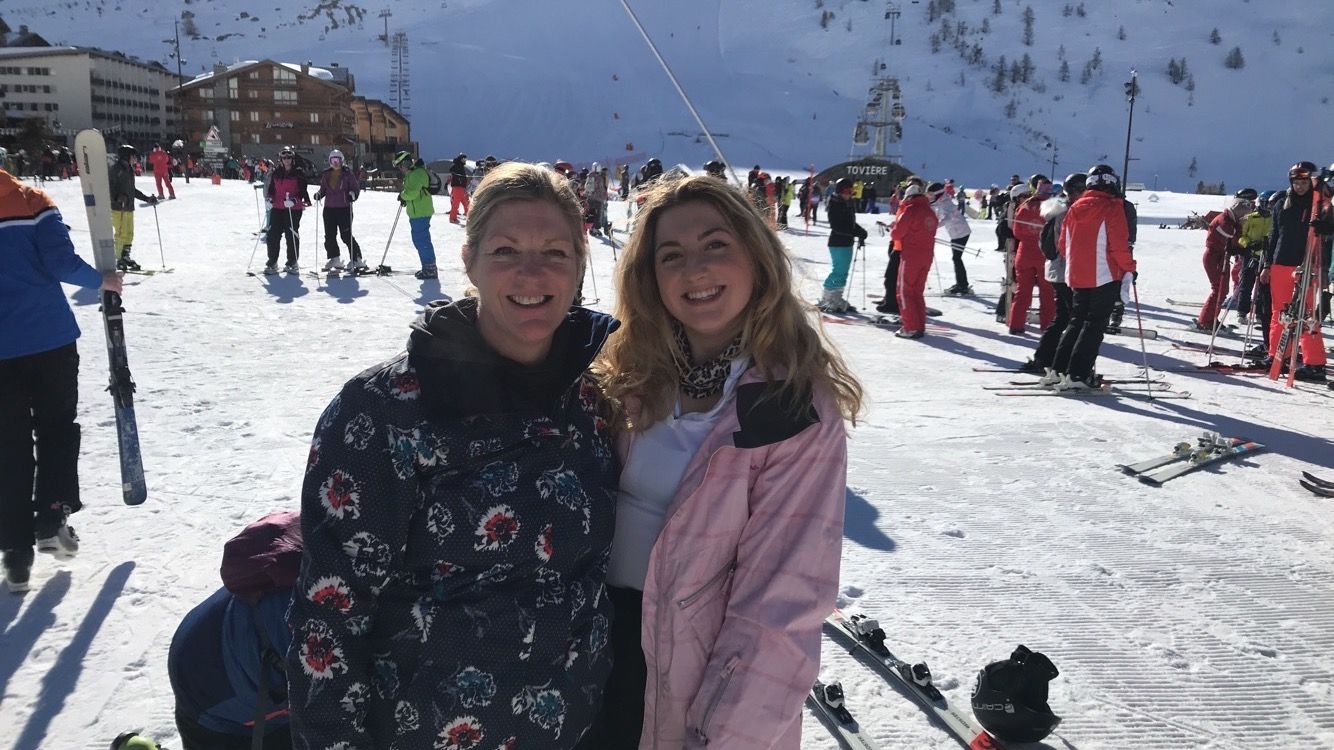 When the results came in and it was confirmed that I did have Polycystic Ovary Syndrome, I felt like I’d finally found the missing puzzle piece to the game I didn’t know I was playing.

Everything made sense. I’d always been the lucky one in my friendship group whose periods lasted no more than two days – I used to go months without having to buy tampons because my menstrual cycle was so irregular.

With my weight though, it was a different story. Around the age of 14, I started to become increasingly obsessed with my figure. I began controlling my food portions, and sometimes would go all day without eating, until dinner that evening with my parents.

I used to get up before school to go running, and begged my mum to take me to her Zumba classes each week. But despite everything I did, I still remained the same size.

Looking back now, I realise why I couldn’t seem to lose weight as easily as everyone else. But at the time, it was all I used to think about. It completely consumed me, every hour of every day. 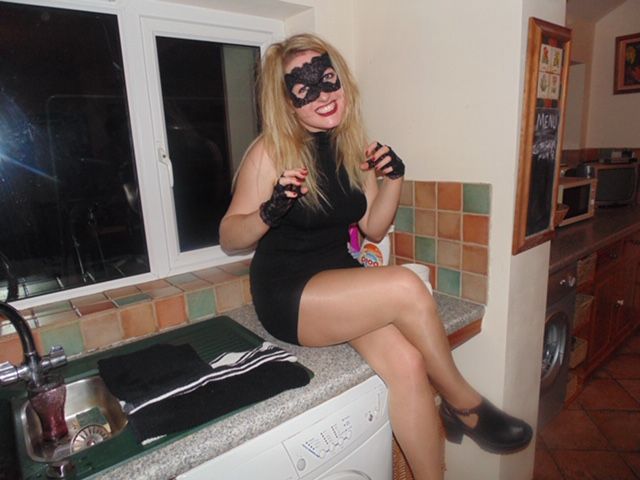 When I found out there was actually a scientific reason I found it so hard to lose weight, I couldn’t put it into words. It was a total mind fuck.

I wanted to go back and hug my 15-year-old self, tell her to stop worrying about what she looked like, because in five years time none of it would matter anyway. 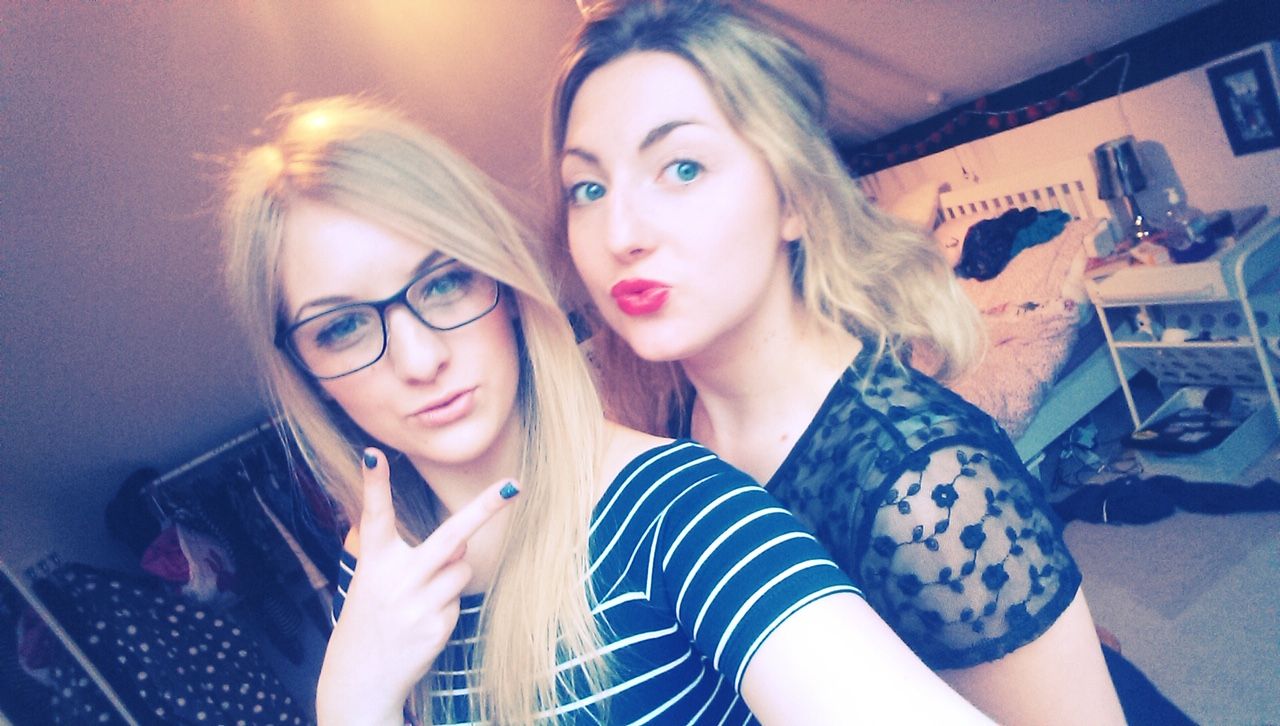 Scientists have yet to find a cure for Polycystic Ovary Syndrome, so like everyone else, I had to wrap my head around how to manage the side effects.

When my GP offered to put me back on the pill, it felt like a sick joke. The one thing given to women who suffer with PCOS, was the same pill that made me depressed all those years ago.

It was the ultimate ultimatum: Would I rather be depressed, volatile, and never in control of my emotions, or eternally freaking out that I was putting on weight, never knew when my period was due, and have a slight moustache?

The reason doctors prescribe the contraceptive pill for PCOS is because it helps balance out the hormones that are slightly off tinker. But there is another form of medication that many say also helps with their symptoms: metformin.

Metformin is used to treat type two diabetes, but it can also lower insulin and blood sugar levels. It’s not licensed for treating PCOS in the UK, but researchers say metformin helps women with PCOS to lose weight, as well as control their monthly menstrual cycle.

Some of the side effects of metformin include nausea, vomiting, stomach pain, diarrhoea and loss of appetite. 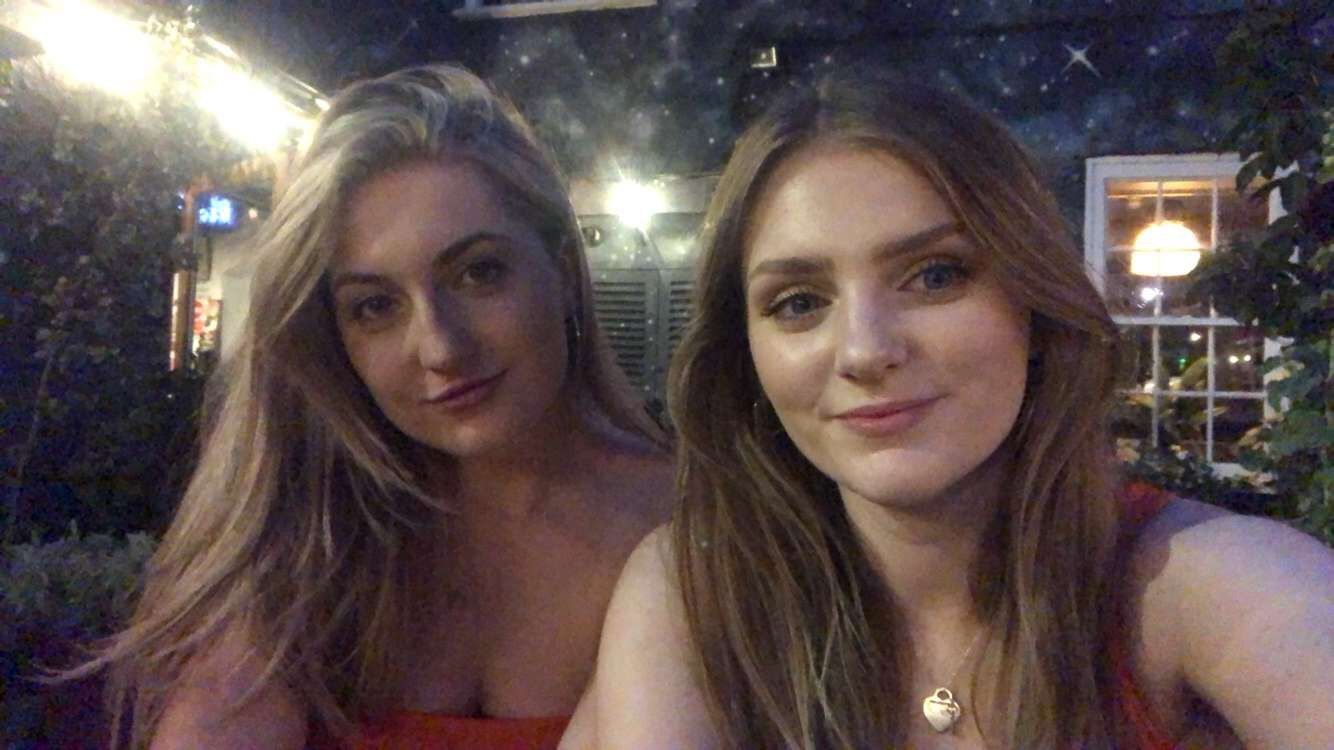 Because no one really knows why metformin helps PCOS symptoms, I had to beg my doctors to put me on it. I made them transfer me to the hospital back home just so I could get the next available appointment with the gynaecologist.

After six months, I came off the medication as it wasn’t having an effect on me. I was back to square one. I had exhausted all the available options, so there was only one thing left to do: just get on with it. 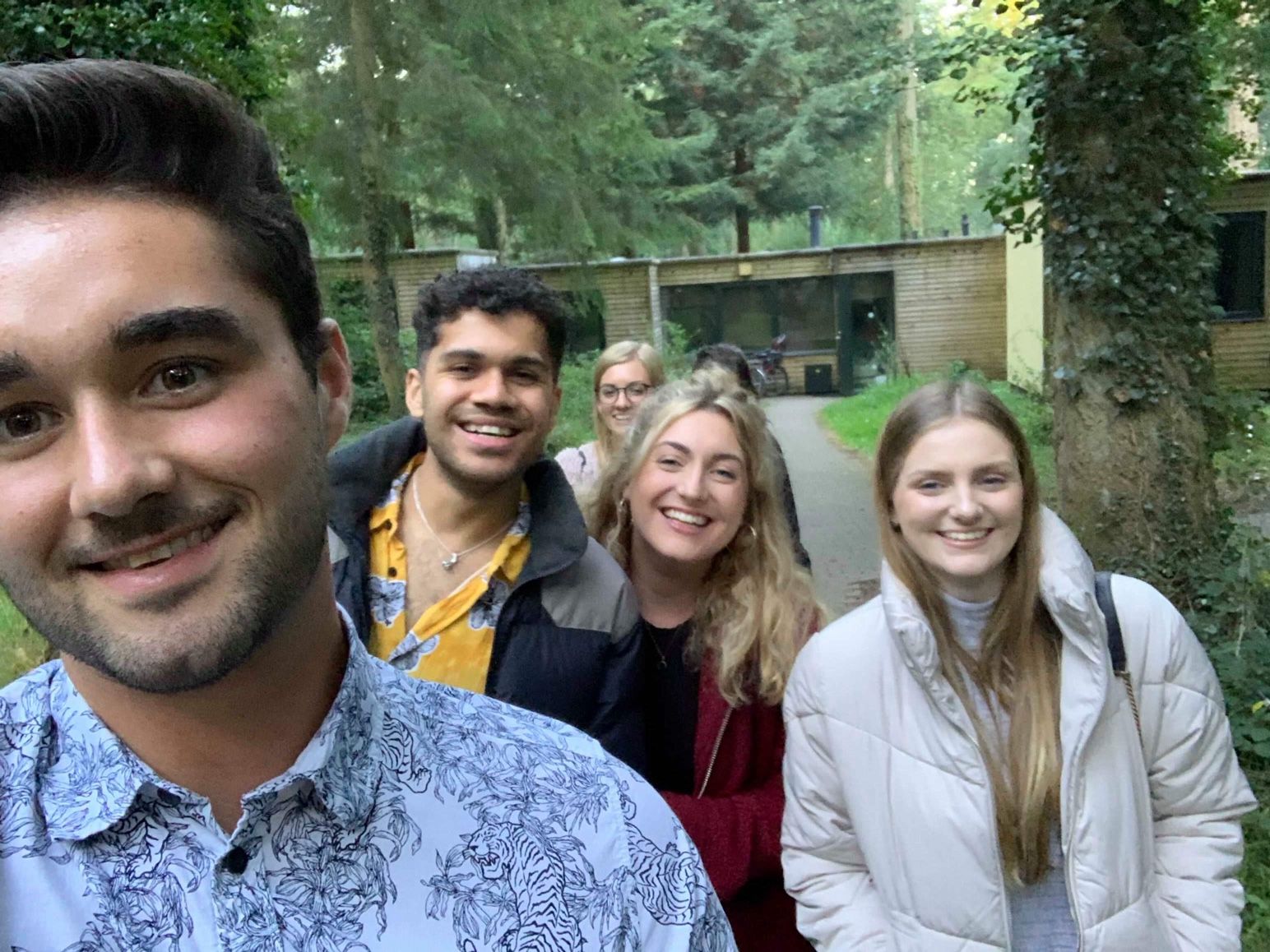 PCOS affects different people in different ways. For me, it’s the constant fear that i’m going to put on weight I won’t be able to lose easily. Most of the time I have to watch what I eat, and my housemates know me as the girl who actually uses her uni gym pass.

And although I’m not at the stage where I’m thinking about having kids – I bought three whole broccolis by mistake last week – but the possibility that I will struggle to conceive naturally is another issue I’m going to have to face when the time comes.

But every woman with PCOS has their own set of struggles.

having PCOS is such a hassle. i have literally jogged and exercised everyday for the past 3 months, cut off carbs from my meals entirely and, stopped drinking coffee and carbonated drinks only to find out that i not only failed to lose weight but gained 2 kg in 1 month.

The NHS estimates that Polycystic Ovary Syndrome affects roughly one in five women in the UK. More than half of these women do not have any symptoms.

You can be diagnosed with PCOS without having polycystic ovaries, you just get the side effects. Or if you’re lucky like me, you have both.

PCOS is one of the most under diagnosed conditions in women, but also one of the most common. As well as an increased risk of developing health problems later in life, the psychological effects of PCOS can be just as difficult to deal with.

Although there are many charities that help women living with PCOS, like the PCOS Awareness Association and Verity, more needs to be done to raise awareness of the condition.

The list of Polycystic Ovarian Syndrome symptoms is constantly growing and those affected by #PCOS often feel lost or alone in their suffering. Masking our faces, bodies, emotions and feelings can cause extended pain and suffering. This September, we ask you to share pictures of your PCOS symptoms using #PCOSTruths to unmask the truth behind our shared pain. #pcosawarenessmonth #pcosaa #togetherwecan #pcossupport #pcosresources #pcosresearch #pcossymptoms

It took someone that had already suffered with PCOS to spot my symptoms, and even then, I knew little about the condition: Something that had unknowingly been having an effect on me for so many years before.

I’m dealing with the side effects of PCOS – I can’t recommend this Veet hair removal cream enough – but for others, particularly those who are trying to get pregnant, PCOS can have devastating consequences.

It’s time we started talking about PCOS and its effects, because raising widespread awareness is the first step to finding a cure.

To find out more about Polycystic Ovary Syndrome, visit the official NHS information page. If you are experiencing any symptoms of PCOS, make an appointment with your GP.

QUIZ: We’ll tell you who to vote for, based on policies

This is definitely more useful than actually paying attention