An investigation into Brooklyn Beckham’s past flings and girlfriends

Brooklyn Beckham makes a weekly appearance in the tabloids for one reason or another. It could be for his failing internship, David and Victoria voicing their concerns, or most likely because he’s been spotted with another model on his arm.

Brooklyn Beckham’s got a back catalogue of mega babes he’s either gone out with, or had “flings” with, usually according to the Mail Online. He most recently split with Nasty Gal model Hana Cross, but became full tabloid fodder when going out with Chloe Gracë Moretz on and off for four years. 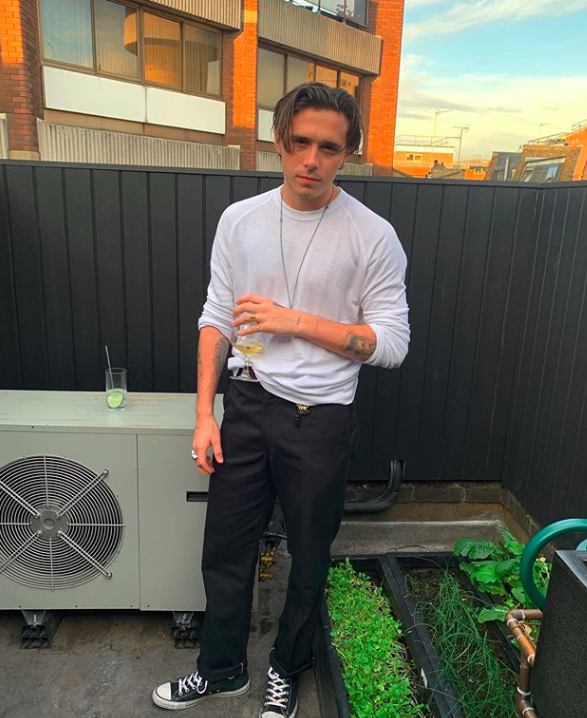 So who has been spotted out with Brooklyn Beckham?

Chloë and Brooklyn were together on and off for four years. Allegedly they met at a spin class in 2014, and started hanging out from there.

They made their relationship relatively public, regularly posting pictures of each other on their Instagrams. They seemed loved up, with Brooklyn telling US Weekly: “I think we chose each other. It’s been years now off and on and it’s just one of those things, you come back and it’s like no time spent away from each other at all. I think that’s the most important thing and your lives are like an open book. We have our own little private world and I think that’s important for both of us.” 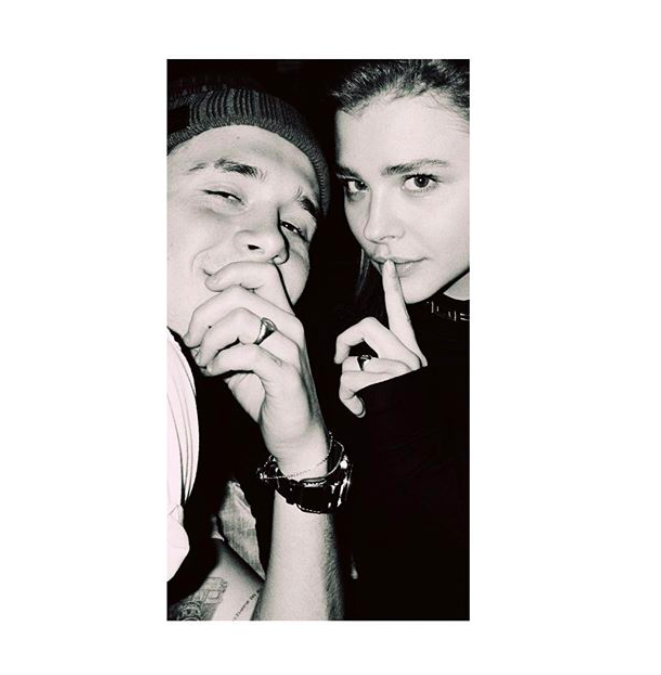 The relationship ended in 2018. Cheating rumours were circulating, especially after Brooklyn Beckham was pictured kissing Playboy model Lexi Wood in a tattoo parlour.

When asked about the picture, Chloë didn’t comment to The Sunday Times Style Magazine, but said she wasn’t big into PDA 👀.

Brooklyn Beckham and Lexi Wood were spotted kissing in a tattoo parlour, around a month after Brooklyn and Chloë split. 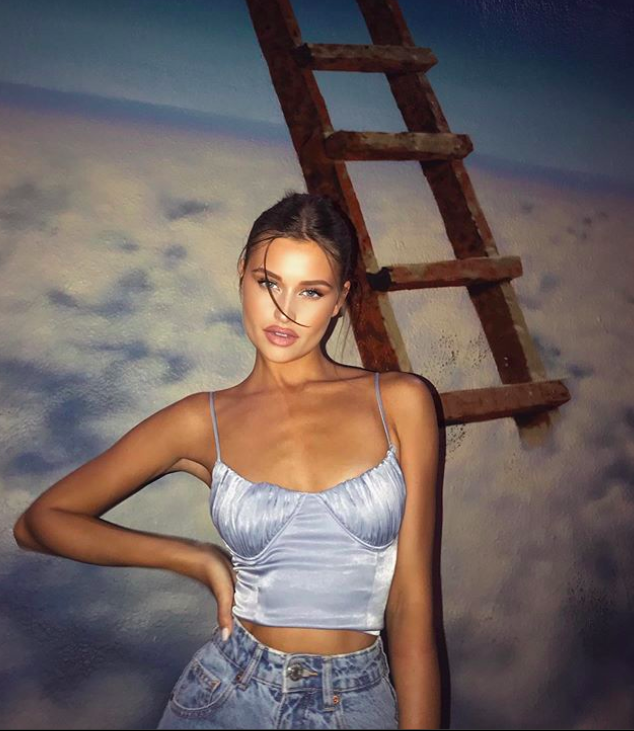 Lexi Wood is Canadian, and has modelled for Playboy and Vogue. The pair were spotted again some months later, but it’s not clear if it was a date.

People were livid at her and Brooklyn’s smooch, with Lexi being called a “home wrecker” by trolls.

Brooklyn was linked with model Lexy Panterra not long after the Lexi Wood saga. Clearly he has a thing for girls called Lexi/Lexy. 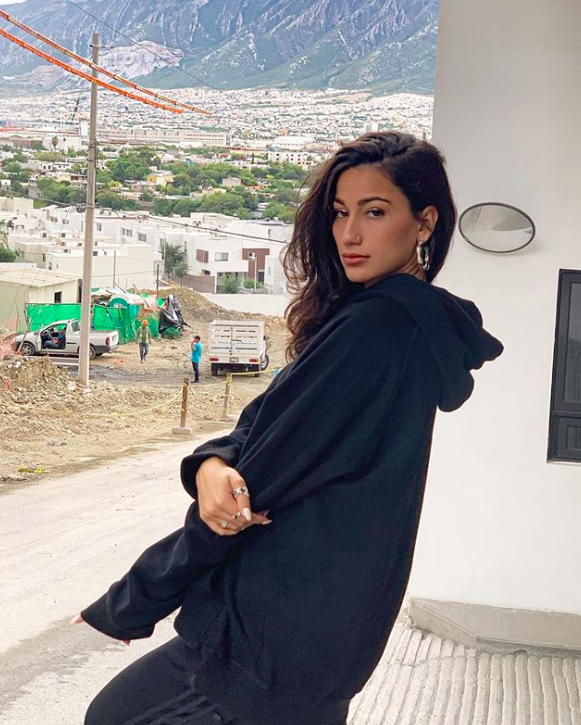 Rumours about a possible romance started after Brooklyn Beckham took some steamy pics of Lexy during a photoshoot.

In September, People reported Lexy and Brooklyn were spotted kissing in London nightclub. The source said: “Brooklyn was very affectionate with her. They were kissing and laughing all night. At the end of the night, they left the club together.” Brooklyn’s reps declined to comment to People.

Brooklyn Beckham and Abi Manzoni were spotted having lunch with Gordon Ramsey’s son, Jack Ramsey, as well as going for ice-cream with Brooklyn’s brother Romeo Beckham. 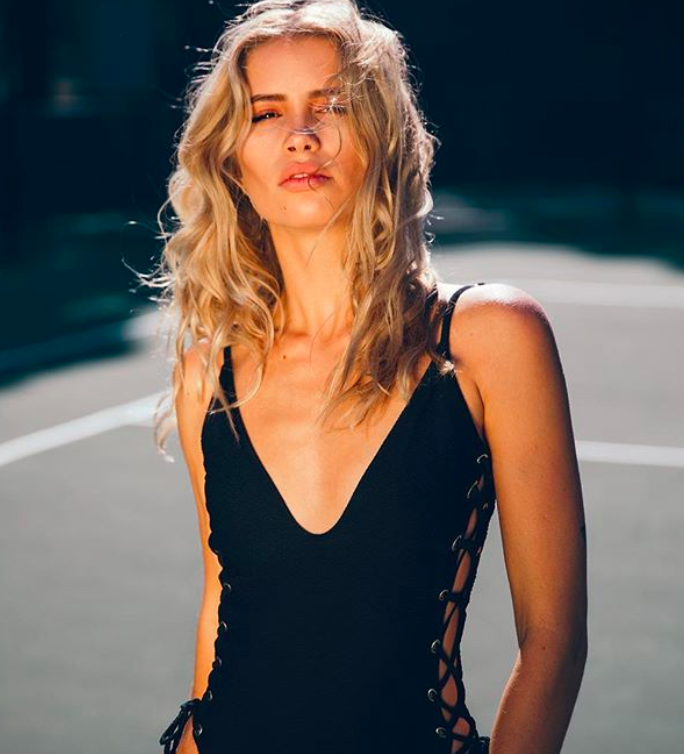 Most likely just mates, the tabloids said Brooklyn and Abi were most certainly dating. Imagine being Chloë Grace Moretz and seeing the papers claim your ex was dating a new girl literally every month. Exhausting!!!

Abi is a singer and model. The Daily Mail claim she deals weed too!

Hana Cross and Brooklyn Beckham dated at the end of last year, and within nine months it was all over. But it was dramatic. There were public rows, Hana leaving the club in tears, and David and Vic even got involved when their relationship was becoming too public. Here’s a timeline on Brooklyn Beckham and Hana Cross’ relationship. Hana, who’s modelled for ASOS and Nasty Gal, and Brooklyn got together in November 2018. It was reported Hana and Brooklyn had a huge argument at Cannes Film Festival, with Hana “lashing out” at Brooklyn. She was spotted leaving a London Fashion Week event in tears.

The Sun reported David and Victoria Beckham were “delighted” at Hana and Brooklyn’s split in August. 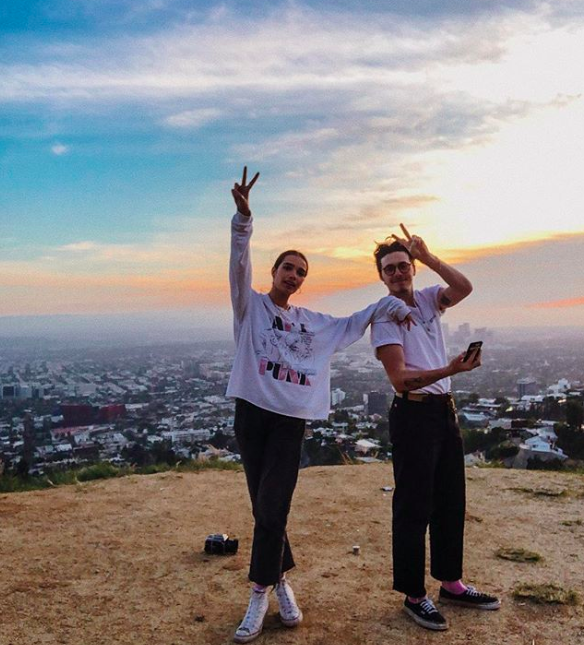 A source told The Sun: “Brooklyn and Hana have called off their romance for good. David and Victoria are very glad and relieved and are backing him 100 per cent.” Yikes.

As with all decent celebrity break ups, the relationship really ended when they both unfollowed each other on Instagram.

Mail Online reported Brooklyn Beckham and Lottie Moss had a “secret fling” before dating Hana Cross. The Sun on Sunday claim David and Victoria called him “the new Calum Best”, with a source adding Brooklyn’s obviously “inherited his dad’s charm”. 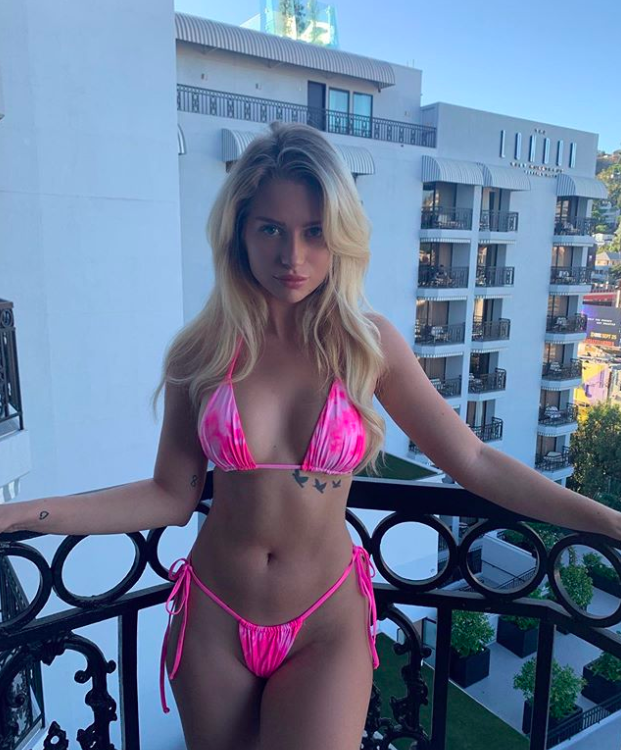 Kate Moss’ lil sis and Brooklyn allegedly socialise in similar circles, and have been seen out partying with one another in London. She’s even good mates with Brooklyn’s ex-girlfriend Hana Cross. Awkward??

The Sun reported a spokeswoman for Brooklyn declined to comment on his relationship with Lottie Moss.

Last month, it was reported Brooklyn Beckham and Phoebe Torrance were dating. People were quick to point out Phoebe looks a lot like Victoria Beckham. The Sun reported Phoebe used to work as a Vick lookalike. A source told The Sun: “A few of his friends have teased him about it but Brooklyn is adamant that there is nothing ‘Oedipal’ about it – or words to that effect. 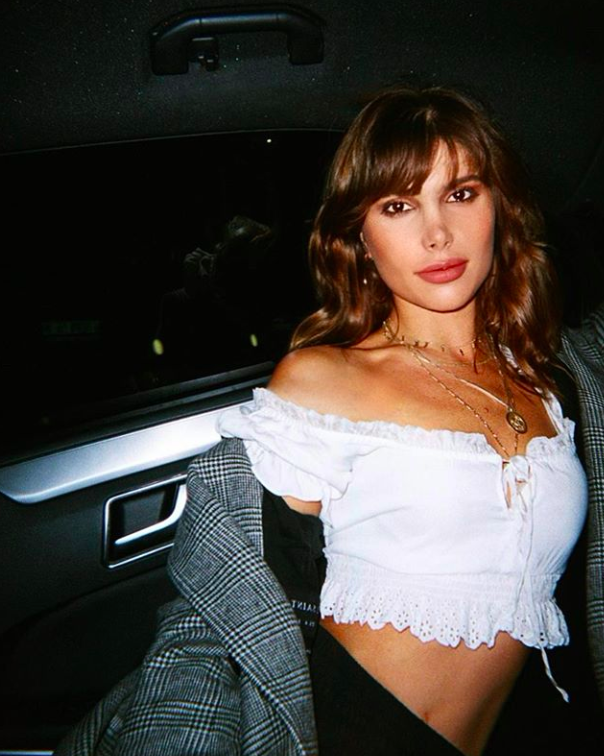 “But Phoebe told pals that she actually did a few jobs as a Victoria lookalike in her early modelling days, the money of which helped fund her university course. Presumably she never thought she might one day meet her idol.”

Also in October, Brooklyn was linked to Canadian actress Natalie Ganzhorn. At this point, can someone please tell me how anyone expects Brooklyn to be dating this many women??? What is his secret? 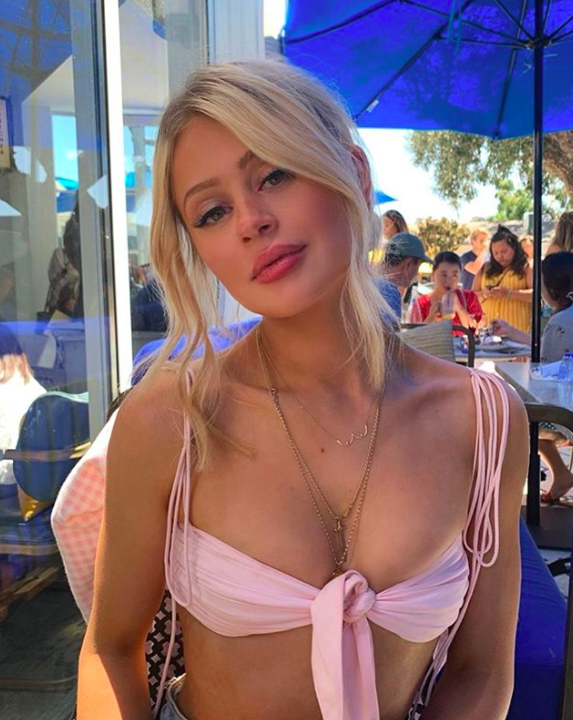 Brooklyn was spotted out for dinner with 24-year-old actress Nicola Peltz, and they took a real cute pic together at a recent Halloween party.

• Meet Kate Moss’ wild little sister Lottie, you will want to be her best friend forever