What the ending of El Camino: A Breaking Bad Movie really meant

This is so cute help me

Over the weekend, Netflix finally gave us El Camino: A Breaking Bad Movie. The film follows Jesse Pinkman in the years after the series finale and contains flashbacks to times during Breaking Bad. The film is the closure for the characters we all needed and deserved. But we’ve waited six years for it, so to some the ending may have been a bit confusing. Here’s the El Camino ending explained, for anyone who couldn’t quite remember the reference. 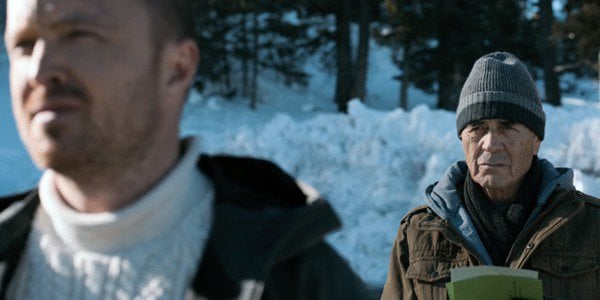 At the end of the Breaking Bad Movie, Jesse Pinkman is off to Alaska to start his new life as Mr Driscoll. Jesse has finally got enough money to pay Ed Galbraith to smuggle him there so he can have a fresh start. Jesse gets out of the back of the lorry, to a car to drive off to his new beginning. Jesse and Ed go through the details of Jesse’s new identity. “Good luck, Mr Driscoll,” Ed says as they part ways.

Ed also agrees to do Jesse one last favour – to send a lengthy handwritten letter addressed to “Brock Cantillo”.

Who is Brock Cantillo?

Brock is the son Andrea Cantillo, Jesse’s ex girlfriend who he met at a Narcotics Anonymous meeting. Andrea was killed at the end of season five because of her relationship with Jesse.

Jesse got close to Brock when he was with Andrea and then Walter White poisoned Brock with poisonous berries. This led to Brock being hospitalised, but he did recover later. Walt did it because he wanted Jesse to believe Gus poisoned Brock with ricin (in a cigarette) so that Jesse would turn against Gus.

Andrea was killed by Todd as punishment for Jesse running away from the white supremacist compound. So even though their suffering wasn’t directly Jesse’s fault, he still feels a lot of a guilt for it. Jesse was made to watch from a nearby car as Andrea was shot on her doorstep. 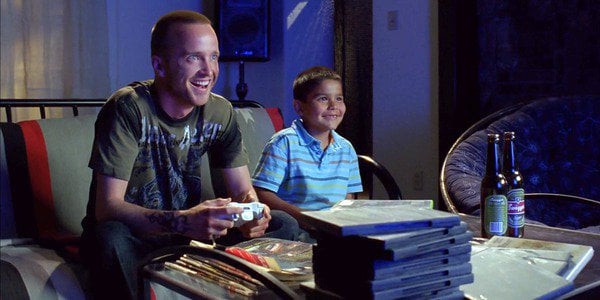 Todd put a photo of Andrea and Brock in the lab Jesse was forced to cook meth in, as a warning. This photo appears throughout the El Camino film as a constant reminder of Andrea’s pointless death and the suffering Brock went through.

El Camino contains further references to Brock, showing just how much the little boy meant to Jesse. In a flashback, we see that Jesse was once temporarily freed by Todd to help him get rid of a dead body. Despite an obvious chance at a dash for freedom, Jesse didn’t because Todd gave him a very specific warning. He said: “If you tried to, you know, escape, I’m gonna have to visit the little boy. It’ll basically be out of my hands at that point. Uncle Jack made you that promise, and he’s gonna want to stick to it. So, good behaviour, right?” The little boy is Brock.

• In the Tall Grass on Netflix: What on earth did the ending even mean?