In the Tall Grass on Netflix: What on earth did the ending even mean?

I am so confused right now

Netflix’s latest what-on-earth-did-I-just-watch film comes in the form of In the Tall Grass. A thriller-horror which will leave you questioning how you just spent the last hour and 40 minutes of your life. And you will definitely need the In the Tall Grass ending explained to you, it’s a lot.

The film is about brother and sister Becky and Cal, who are on a road trip when they pull over near some very long grass. They hear a boy in the field crying out for help so decide to go in and save him. By doing so they then enter the weird and wonderful world of the Tall Grass, which is one big time loop with no concept of time and space.

It’s a lot. The ending is extremely confusing and will probably leaving you feeling quite empty and confusing. So here’s an explanation what it all meant.

*Contains spoilers for In the Tall Grass on Netflix*

Dear @StephenKing
I’m very confused by the ending of In the Tall Grass.
Very. Confused.
That is all.
Thank you for your time.

Here’s the In the Tall Grass ending explained:

In the ending we see Travis touch the rock and then propel Tobin out of the grass and into the, let’s say, real world. Tobin goes back in time to be a past version of himself with the orders that he mustn’t let Becky go into the grass. 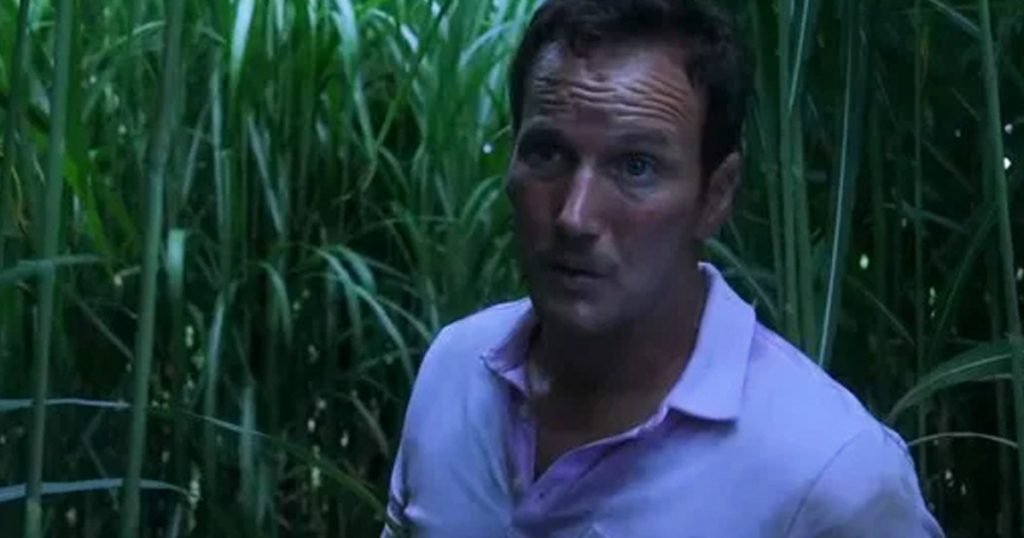 Once you’re in the Tall Grass, you can’t get out. Unless you touch the rock. However, the person that touches the rock then doesn’t want to leave because by doing this they are sucked into the theology of the grass. Take Ross for example, he kept saying he knew how to get them all out – but instead he just wanted to continue his murdering rampage.

Travis now knows this, so he touches the rock. He’s sacrificed his freedom to cut Tobin free of the time loop. He lets him leave the grass, and in turn go back to stop Becky and Cal coming in.

After Travis killed Ross and touched the rock, he knows all of the “knowledge” of the Tall Grass. Travis has realised the only way to get anyone out the grass is to touch the rock, but by doing this he will be stuck there forever.

At the end of the film, Becky and Cal never enter the grass and they drop Tobin off at a police station. He’s now an orphan with his mum and dad stuck in the grass dying and killing people over and over again.

The ending shows the eternal loop that the field has. The final clip shows Travis looking extremely worse for wear, accepting he’s going to be in the grass forever now. In short, there’s a cycle that repeats itself until everyone touches the rock. 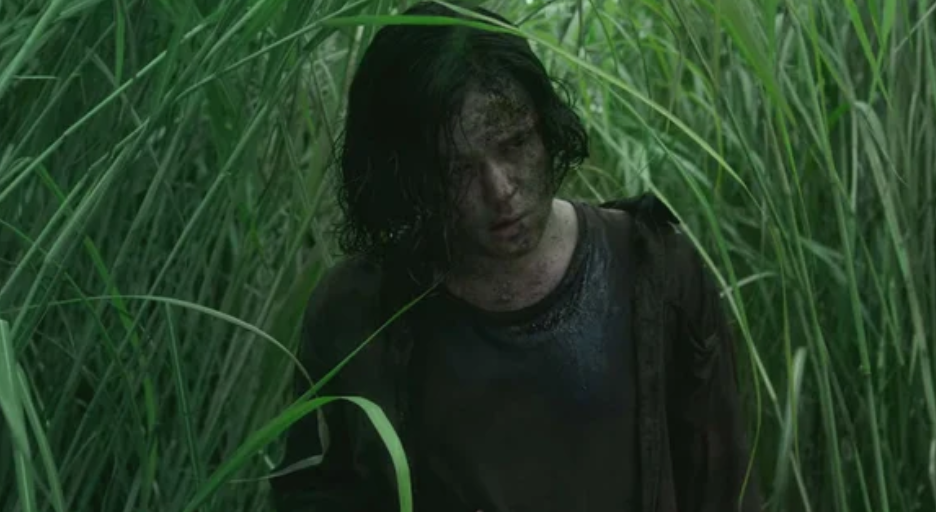 What does the Tall Grass mean?

The grass is a huge living time cycle. The people in it are like grass – they die and then come back, as Tobin says. When you’re stuck in the grass you never get out of the time cycle.

You are destined to enter the grass and get stuck in the loop. You die, wake up and get killed over and over again. Only the person who has touched the rock knows how to get in and out, but if you touch the rock you get converted into the grass’ crazed blood-thirsty killer.

Notice all the parked cars in front of the church? Yep, they’re all in there too. 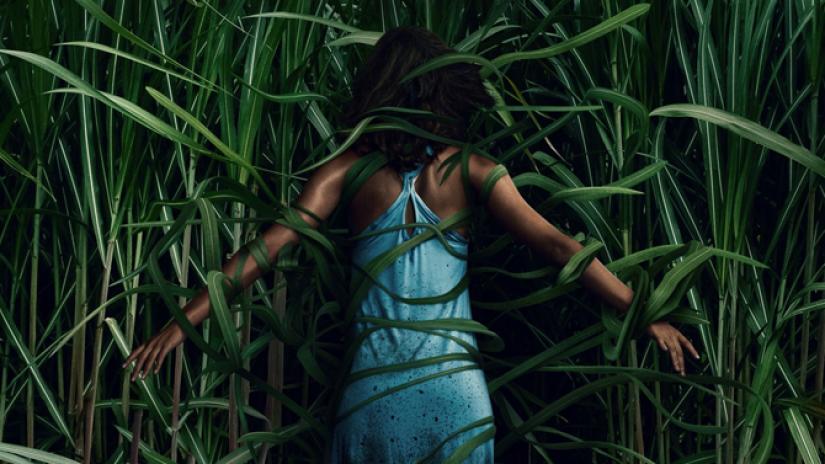 What is the rock and what does it symbolise?

There are a couple of interpretations of what the rock symbolises. The most obvious one is that after touching the rock, you literally just become a murderous and super-powered non human.

This makes sense with Ross, who touched the rock and then became fully converted to the what the grass and the rock represent. He tried to lead the others to the “redemption” the rock offered, saying they were all there for a reason. He tried to get everyone to touch the rock and join him in luring people in and killing them.

The rock can also be seen as a representation of people’s fears and desires. For Tobin’s dad Ross, he wants religious salvation. By touching the rock he earns redemption and all he then wants is to convert as many people as possible, and kill them if they don’t comply.

Travis wanted Becky to abort their baby – his biggest fear is being a dad. So when he touches the rock he helps the now orphaned Tobin and pregnant Becky even if it means sacrificing himself, as a good father would.

When Ross’ wife Natalie tries to warn everyone about what the rock does, Ross kills her. So the ultimatum is: Either accept your fait of being killed over and over again, or join Ross as a crazy grass loving killer.

Ok but the movie, “in the tall grass” on Netflix… MIND FUCKED ME… I’m laying in bed rn just thinking about what tf happened.

Overall, this film was probably more confusing than it was worth.