Films have come a long way in the last 16 years, but none of them compare to the Disney masterpiece that was The Lizzie McGuire Movie. It was a summer young girls across the world would never forget. Duets of "What Dreams Are Made Of" were sung in bedrooms everywhere. Lizzie's terrible fashion choices were praised in Mizz and Girl Talk. Everyone dreamed of finding their long-lost Italian doppelgänger who is actually a pop star on a PGL school trip to Cornwall.

Now that there's going to be a reboot of the Lizzie McGuire show, I decided to revisit this pure moment of history. So join me in my wild ride of rewatching the Lizzy McGuire Movie and remember just how ridiculous it was:

1. Firstly, why is LIzzie's little brother Matt so annoying and why does he film her as she's changing outfits?

Sorry but he's a creep. What the actual hell. Who keeps a tab on their sister so much?

2. Who taught Hillary Duff how to dance?

I just want to talk to the choreographer who orchestrated this mess. 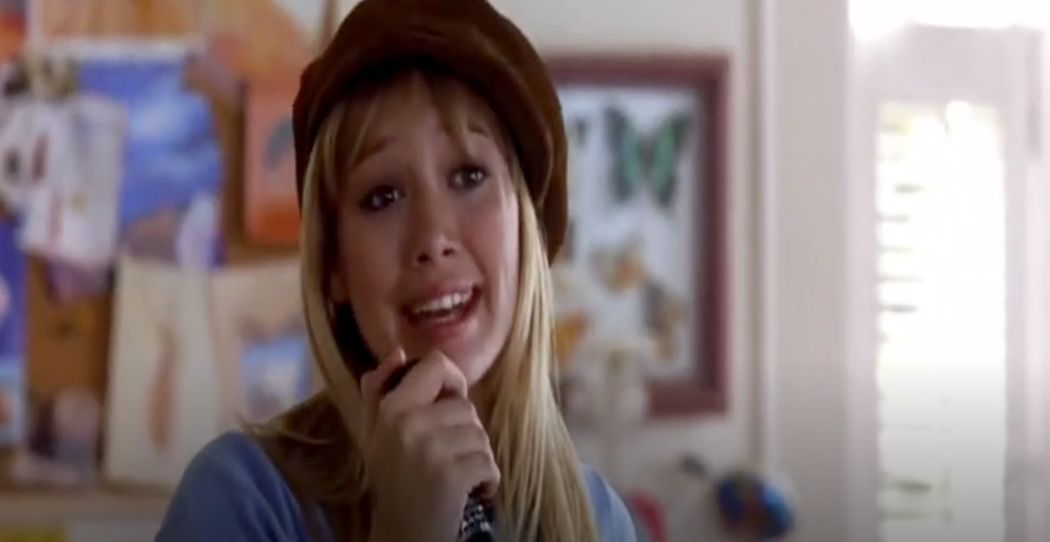 3. Urm, Miss Undermeyer is a dick

This woman's entire job is to take care of children and she's calling Gordo a "spineless little jellyfish" and a "brownnose." Someone call social services!!!

4. Why did Lizzie spend about an hour hugging her mum at the airport, walk off and then run back to hugging her again?

Babes, you're going away for two weeks. It's not that deep.

And who came up with these "insults" she keeps throwing? They're pathetic! 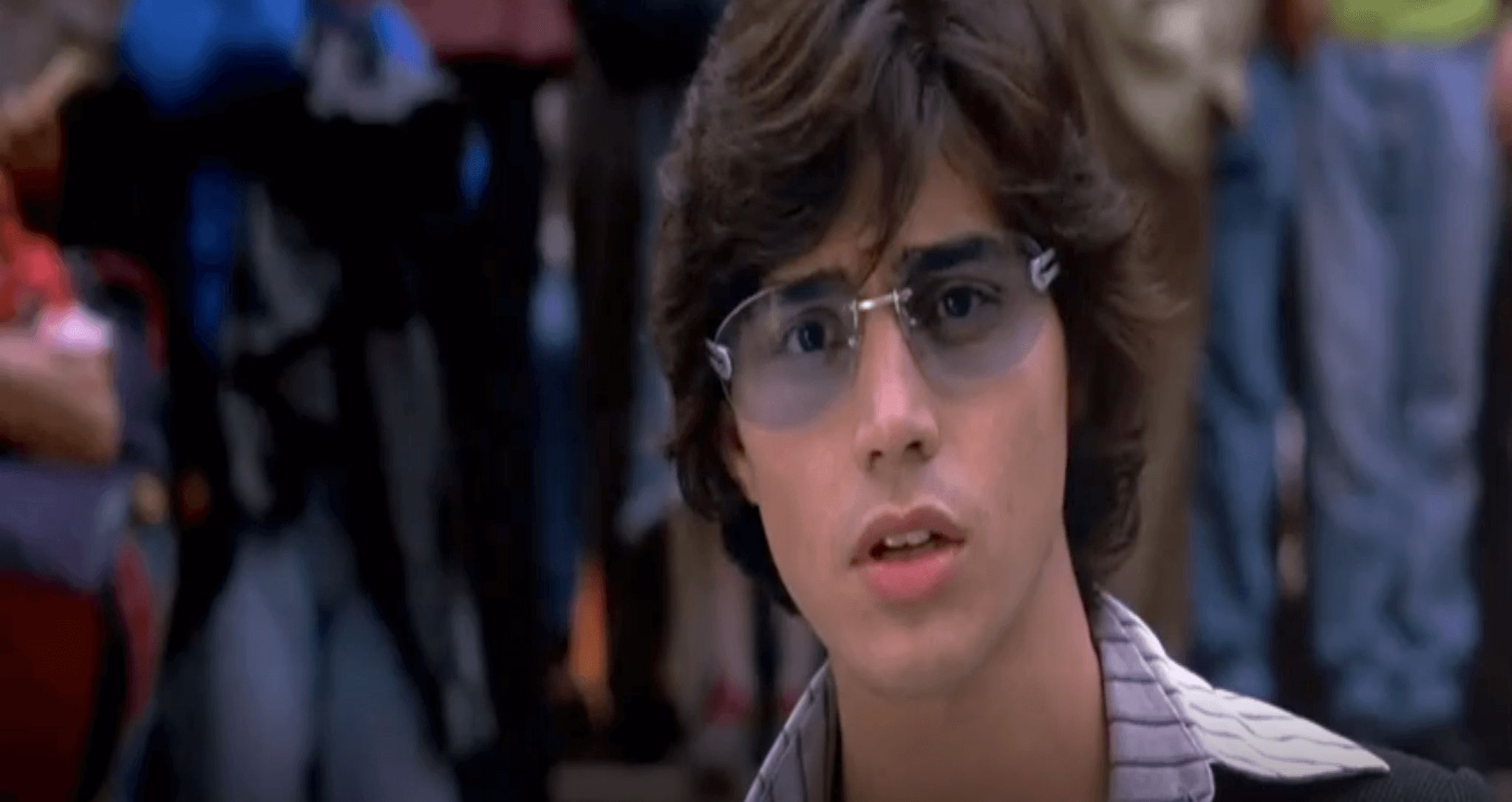 Ah Paolo, of course. Those blue tinted glasses should be illegal.

7. Why does Paolo keep talking about Isabella like that? Is she dead?

I just don't know why would be so obsessed with a stranger on the street. This is all very weird. I clearly don't remember this film very well.

8. Also why does everyone keep saying "some people come to Rome to find adventure"

This isn't a thing??? Stop trying to make it a thing.

9. Why can't this Paolo guy take no for an answer?

Seriously, he keeps pestering Lizzie. Dude, she said she doesn't want to meet you. Leave her alone.

11. How on earth was Lizzie's graduation disaster bad enough for national news?

The video of her falling over was on CNN? COME ON.

12. So let me get this straight. Lizzie meets this random guy on the street yesterday, doesn't know a thing about him and now she's riding on a moped through Rome with him? Totally cool.

Well, at least she's trying to get some. 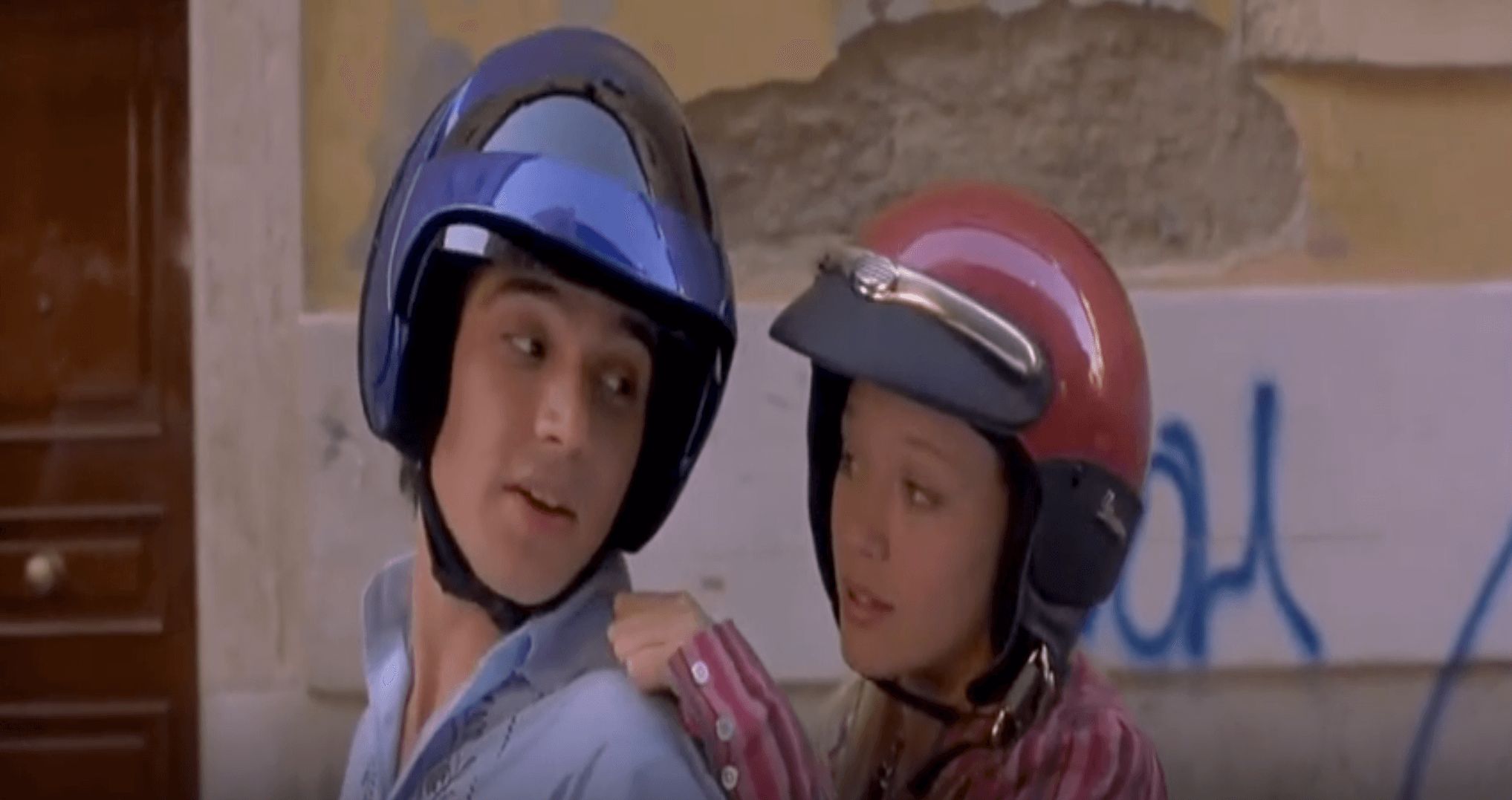 13. Melina is literally the spawn of the devil

Why is she so mean and why am I scared of this tiny human?

14. Hang on, Paolo dated Lizzie's twin/lookalike? Is this not a red flag???

He's trying to replace her! He's filling the void. Don't do it to yourself Lizzie. Read a self-help book instead.

15. Paolo is the biggest softboy there ever was

Urgh. How can you be so wet with someone you met 24 hours ago?

16. Did she just say "it's so sweet you still care about her"

Lizzie, did you not hear everything else he just said? HE WANTS YOU TO PRETEND TO BE HER ON STAGE.

17. Gordo being friendzoned is actually painful to watch

Why is he so awkward? Why doesn't he just say something? He's so annoying! 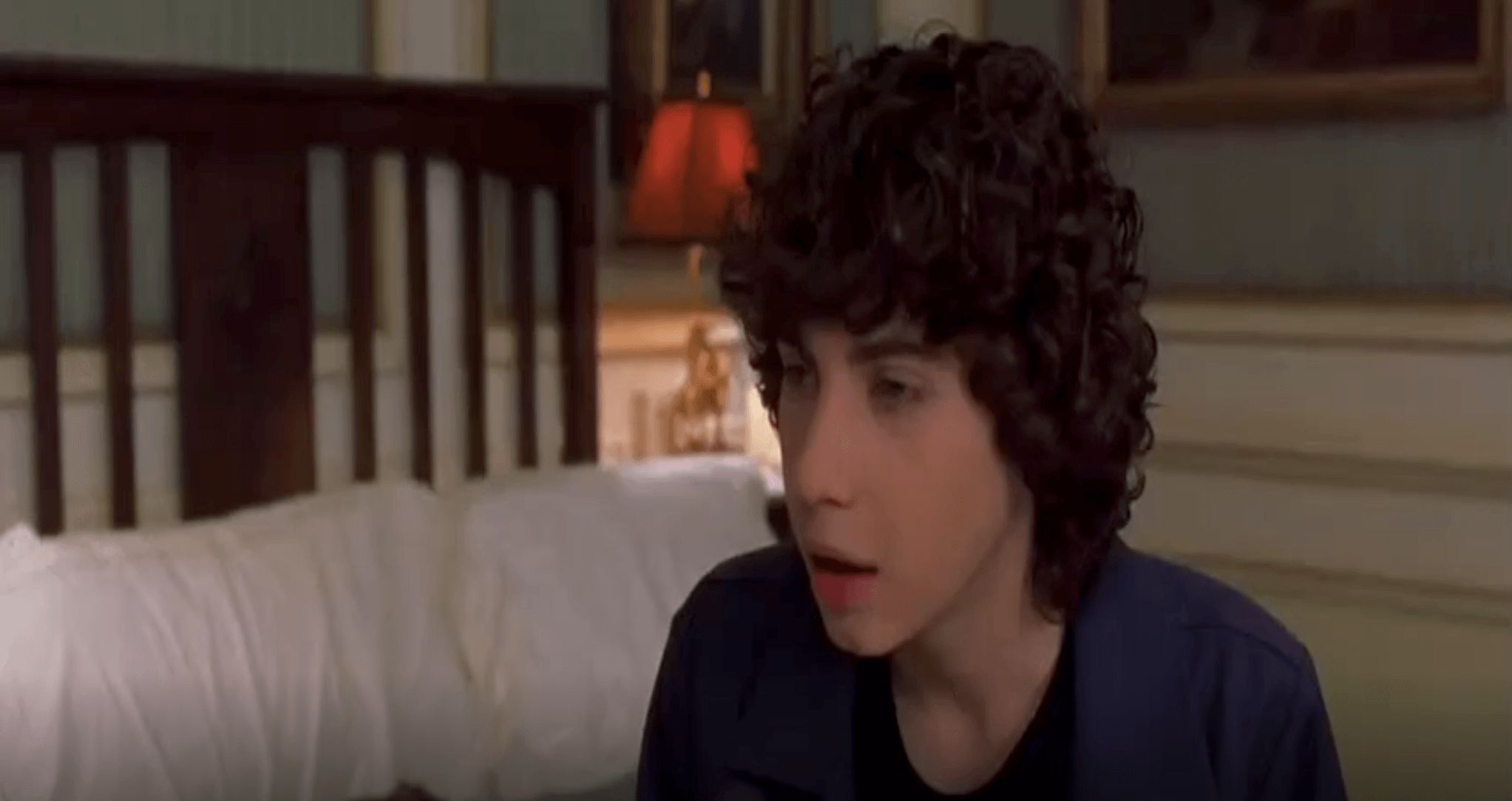 18. Now Melina wants to sell all of this creepy footage to Italian tabloids???

WHO IS EVEN IS SHE? WHERE DID SHE COME FROM??

19. My GOD these fashion show outfits are so bad

2003 high fashion was something else. Lizzy is currently walking down a catwalk with a newspaper on her head. And now she's wrapped in fairylights. Now she's wearing this weird eskimo dress thing. Yep, totally normal. 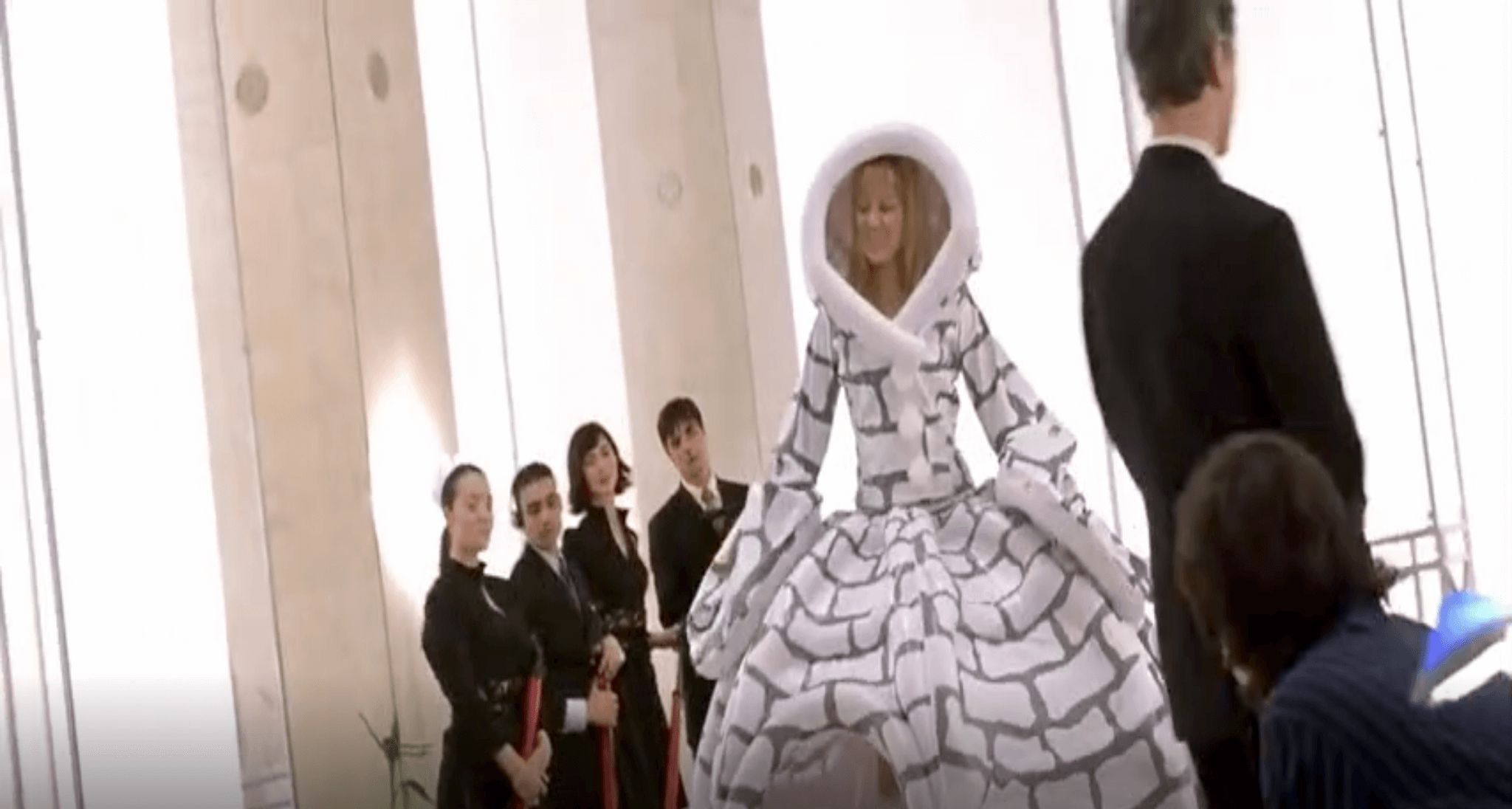 21. Will Lizzie ever stop biting her lips?

As well as having a pained expression on her face 24/7.

22. What are these two wearing?

Help. I think this is what nightmares are made of. 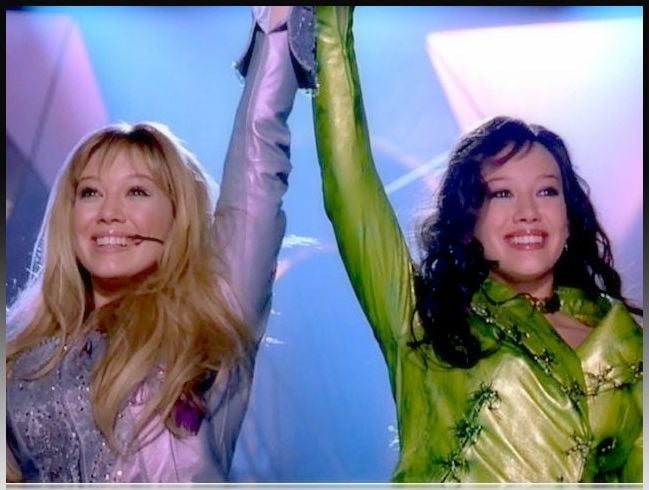 23. Where did Isabella come from and how did Gordo learn all of this brand new information?

Maybe if there wasn't a five minute shot of Lizzie saying by to her family at the airport, we'd have some kind of plot development here.

25. All these people suck and Sergei is the only decent character

Even if he does keep speaking about himself in third person.

26. "Girls who think they know everything are a turn-off" Excuse me???

27. Is Kate eating pasta meant to be a big fuck you to beauty standards??

I guess carbs give you energy and you need energy to fight the patriarchy. 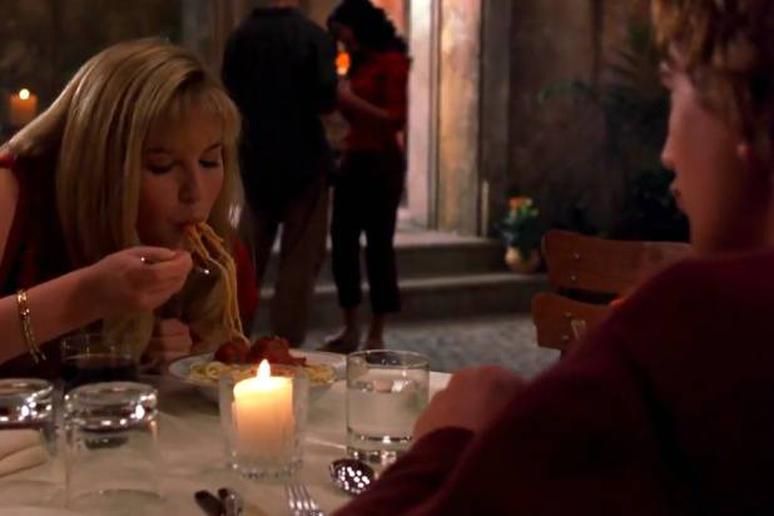 28. That was honestly the deadest kiss I've seen in my life

He just THANKED her for kissing him??? Alright I've had enough. Turn it off.

• I’m sorry to tell you this but Angus, Thongs and Perfect Snogging is completely messed up

• This is what the childhood stars of Angus, Thongs and Perfect Snogging look like now