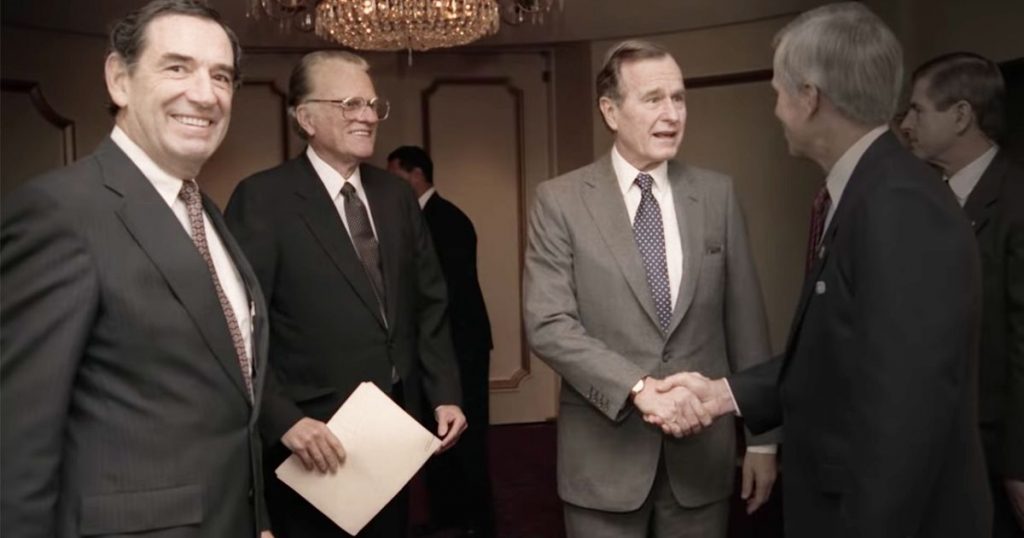 All you need to know about ‘The Family’, Netflix’s latest true crime series

Warning: You will become obsessed

It seems like it's been ages since the last really good Netflix true crime series. But Netflix has just released "The Family", a brand new documentary series people are saying has "blown their mind" and left them "horrified". And yes, it's completely real life.

The series is all about an extra secretive group of Christian men in Washington DC called the Fellowship Foundation. Internally they are called "The Family" and basically the group has a lot of power, and they apparently don't use it for good.

You might have never heard of the Fellowship before, but you're about to get to know them really well.

Every once in a while, Netflix comes with a series that blows your mind. “The Family” is one of those series.

The Family is a five-part true crime documentary series

The Family is produced by Alex Gibney and directed by Jesse Moss. There are five episodes in the series, all of varying running time between 46 and 54 minutes.

It's listed on Netflix as a "limited series" which means the main story arc of the show will be fully resolved within the series.

The Netflix synopsis reads: "They're the most politically influential Christian group you've never heard of. And they're pulling the strings of power in America and beyond.

"An enigmatic conservative Christian group known as the Family wields enormous influence in Washington, D.C., in pursuit of its global ambitions."

The Family on Netflix

It's all about a group called the Fellowship Foundation

The Fellowship Foundation is called "The Family" by its members. The group leader, Doug Coe, is called in the series "the most powerful man in Washington you've never heard of".

The Fellowship Foundation is a highly secretive group of Christian men. They meet for Bible study and prayer meetings. They are the group that put together the National Prayer Breakfast, an annual gathering of diplomats and world leaders in Washington, D.C. But little else is known about them.

The Family on Netflix

The group was founded in 1935, and since then it has become known as a secret theocracy, or an underground movement who use their influence in the US and the rest of the world.

The group are said to work in secret with politicians, and as the Netflix series goes on more and more politicians involved with the group come forward.

The whole group is secret, and the leader says they are more powerful this way. Its members include senators, diplomats, and religious leaders around the world. For example, many of the group members align with Donald Trump, despite him not sharing the evangelical Christian beliefs of the group. It's all very weird.

The series includes members speaking about the group, which has never happened before

The first episode focuses on writer Jeff Sharlet, who became a "brother" in the organisation in his twenties when he briefly lived with them. He wrote two books on the topic.

When he was living with the "brothers" of the Family, Jeff was able to get an exclusive look at one of the world's largest, most influential "invisible networks". 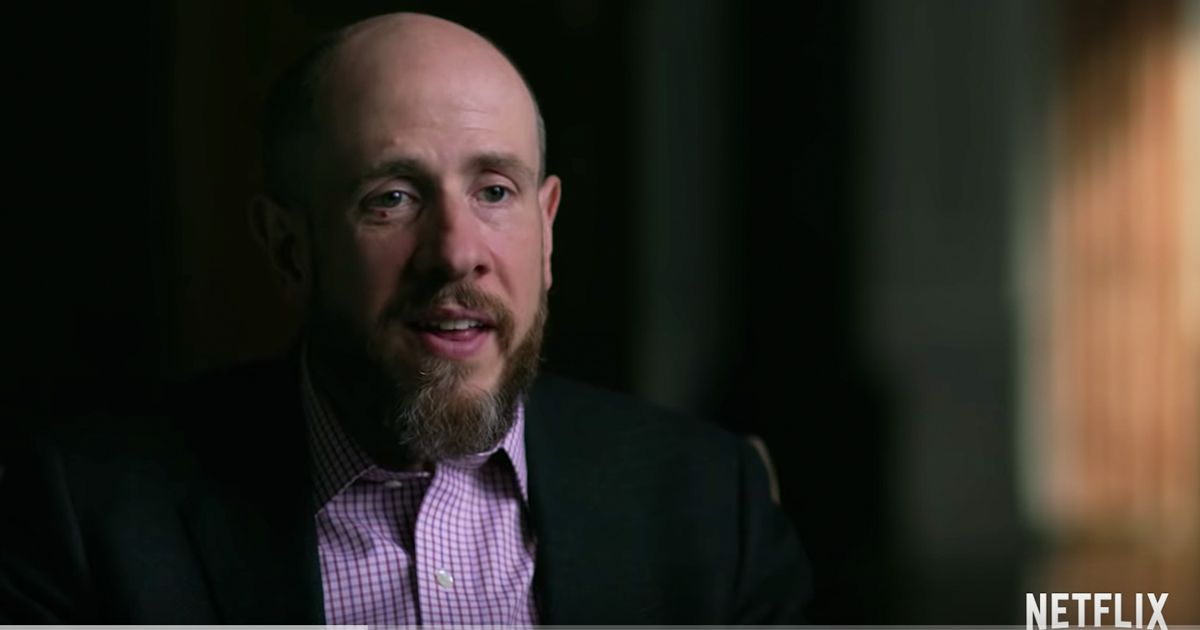 Jeff Sharlet in The Family on Netflix

He reveals some scandalous parts of what goes on within the Family and stories surrounding it. Think affairs, hyper-masculine energy, weird conspiracies and disappearing presidential candidates.

Insiders from the group have never spoken out before, but they do within this series. They say this is to adapt to the 21st century and have more transparency but Jeff Sharlet says: "They’re not opening the doors. They’re not becoming transparent. That simply hasn’t happened. But they do want to have their say."

There is also a book about The Family

The Netflix series is partly based on Jeff Sharlet’s 2008 book The Family: The Secret Fundamentalism at the Heart of American Power.

The director of the documentary series, Jesse Moss, was inspired to create the true crime version after reading the book.

So is nobody gonna talk about how Netflix just released a documentary about a shady group of “Christians” who admit to having the sole goal of influencing the rich and powerful? #TheFamily

A good indication of how good a series really is, is to see what Reddit has to say. Those guys know the ins and outs of every true crime story, conspiracy theory and basically anything that has ever happened in the world. If a show isn't on Reddit's radar, it shouldn't be on yours either.

Reddit goes IN on The Family, and in a positive way. One users asks: "How do things like The Family on Netflix get green lit, when they're exposing such powerful people?

"There are a few documentaries exposing elite, wealthy, and powerful groups, and the evils they do. If they're as powerful as reported, how do these things get past what must be a network of control, and get to us? Wouldn't they have interests in keeping it quiet?"

Another user reviews the series by saying: "Seriously watch this show, it is basically a secret cult running through the veins of Washington and the World.

"For any one into conspiracy theories, this will blow your mind due to the straight up evidence, and to any who think conspiracy theory is believing the moon landing was fake, stop please. This is hard core evidence which is a piece of the puzzle for anyone keeping up with current events, those unanswerable questions we all have.

"After The Great Hack, Netflix is really showing to be an independent force for giving people a platform to tell stories, which would never have happened in any sort of film or television industry.

Started #TheFamily on @Netflix and @JeffSharlet’s story will clearly reveal that #TheGreatHack is the tiniest tip of the iceberg of hidden anti-democratic forces that have been at work for decades infiltrating our governments without our awareness, until now.

Watch the trailer for Netflix's The Family here: