This is what we needed

You can now join an official Brexit Part society at your uni. Sick.

So far, the party's student societies have cropped up at Newcastle and St Andrews. One's even set up by the son of a Brexit Party MEP. The Tab spoke to their leaders and discovered student politicos disillusioned with Tory societies and really annoyed by how hard it is to be right-wing at uni. 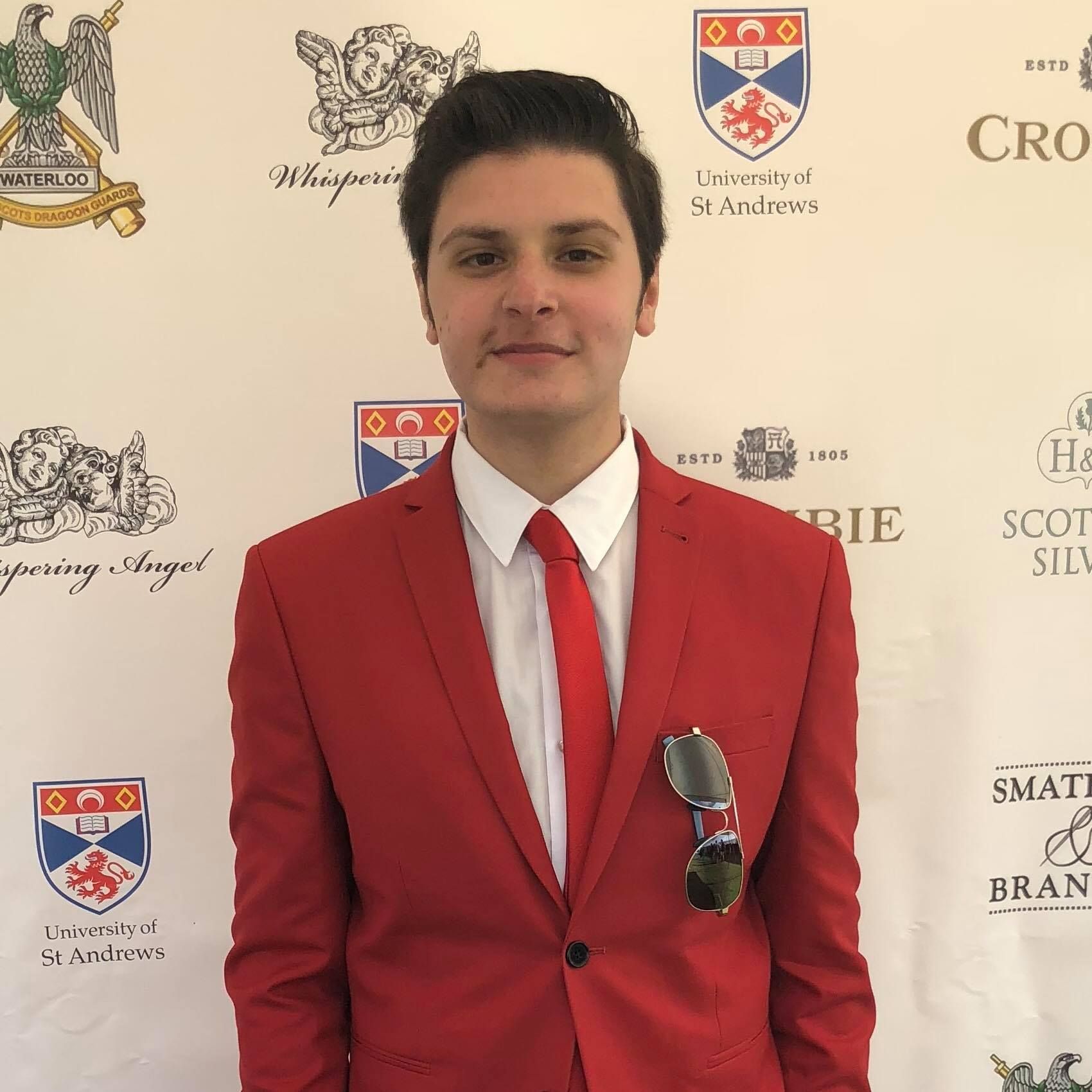 Josh Samuels was an alienated member of St Andrews' Tory society when he approached the Brexit Party. With help from them, he managed to launch the society on the same day the party officially went live.

Things haven't all been smooth since launch, though. Josh has written a letter to the Principal of St Andrews complaining about the number of laugh and sad reacts a post about the society in a St Andrews Facebook group got. "One has to ask oneself why there is an anger and sadness towards a group of people who wish to support the will of the majority of the United Kingdom," he wrote.

He also labelled a post on an anonymous confessions page talking about throwing milkshake on the society as "inciting members of the St Andrews community to commit an act of terrorism."

Anyone hoping to join the St Andrews group has to fill out a Google form asking how they voted in the referendum, and which party they "traditionally support", although Josh says this won't affect whether they actually get in.

Computer Science student Max Habib's dad is a Brexit MEP – he even appeared on Newsnight last night. However, Max says he would have set up the Newcastle society anyway. A friend suggested setting it up in Spring and away they went.

To attract students, Max wants to get a few speakers up to Newcastle and says his dream speaker is none other than Kate Hoey – a Brexiteer Labour MP who he calls a "superb orator."

As we published this, 128 people like the St Andrews Brexit Society Facebook page, and 43 like the Newcastle page. This week, the St Andrews society became officially affiliated with their SU.

In a statement to The Tab, the Brexit Party's line is that the societies aren't officially affiliated to the party.

However both Josh and Max said they'd been in contact with the party. Max initially denied he had any help from the party, but went on to say got permission from Richard Tice, the party's chairman, to use their logo.

The St Andrews group say they're affiliated, are eagerly awaiting some party-branded banners and leaflets, and have been in "constant communication" with a Scotland co-ordinator.

The two of us and Marwan at the Brexit Party Rally in London last night. Amazing turnout, with all seats filled and over…

Posted by NCL Brexit Party Society on Wednesday, May 22, 2019

Alongside getting speakers up and having "cross-party debates", Max and Josh are keen to shed the "elitist" label around traditional Tory Port and Policy nights, which Max says are "too closely associated with Tory socs." Josh is planning a safer "Drinks and Debate" label.

And obviously, when the UK finally leaves the EU – whether that's October 31st or later – there will be the mother of all piss-ups.

Being right-wing at uni, say both the students, is hard. "One thing that I am keen to stamp out is the university-wide intolerance for right-wing and pro-Brexit ideas and beliefs," says Josh.

Josh says the rinsing he got when he posted about the society in a St Andrews Facebook group wouldn't have been accepted if he was posting about an LGBT or Muslim society.

"Telling somebody at university that you’re right-wing, or that you support Brexit, is like you are confessing to something. In very much the same way that it is right that people are free to be homosexual or Muslim or whatever they may be, right-wing people must not be stigmatised or marginalised because they happen to think in a certain way which differs from the majority of others in a particular environment," he says.

Meanwhile, Max says they haven't really gotten any hostility yet, although might when Freshers' fair rolls around.

In a statement, the Brexit Party told The Tab: "We are thrilled by the enthusiastic support we have received from so many young Brexiteers, including those in our universities.

"One in four British graduates and two-fifths of Brits aged between eighteen and thirty-four endorsed Brexit. They came from all walks of life and political backgrounds and many of them now back the Brexit Party, which is just a few months old.

"Currently, we do not have plans for a formal youth wing and instead encourage young people to sign up as registered supporters like everyone else.

"At this time, university groups using our logo and name do not have official links with the Brexit Party and statements made by their members may not reflect the views of this organization."

• Who are the students of Turning Point UK? The group FINALLY taking uni back from lefties

• The shy Tory effect: How being young and admitting you vote Conservative became social suicide