Who are the students of Turning Point UK? The group FINALLY taking uni back from lefties

They really want to make being a Tory cool again

This weekend, they launched with a video which perfectly answers the question: What if the "Four female ghostbusters? The feminists are taking over” Vine became a sentient student movement?

Make sure you watch this video and follow @TPointUK! pic.twitter.com/nbOBMXaOjP

They're a UK version of Turning Point USA, and want to make it okay to be not left wing at uni, spreading free market, small state ideas along the way. You can join, too, if you send in 150 words on your political philosophy.

The video runs through some dramatic screens of: "WHY DOES THE LEFT HATE EVERYTHING GOOD?", past "THEY LIKE TO PRETEND YOU DON'T EXIST" and parks in the driveway of "FIGHT BACK". It's terrifying.

In America, Turning Point are really famous for a website naming and shaming US professors they disagree with: Professor WatchList. This was a solution to the biggest problem at unis for them – how anybody with the wrong views is hounded and demonised.

Perhaps more infamously, their student activists literally put on nappies and pretended to be babies.

Sadly, Turning Point UK have confirmed to The Tab that they won't be importing the nappy protests, or Professor WatchList.

Since the video was first released on Friday, the six people in the video have found themselves as Twitter's most rinsed. TPUK is fast becoming the Fyre Festival of student politics.

They got backing from a handful of Tory MPs, including Jacob Rees-Mogg, which was good, but then some support from Nigel Farage and Paul Joseph Watson. Lefty heads were exploding.

Then the parody accounts turned up. That tweet is real. But within minutes of the launch it was impossible to tell which Turning Point branches were real and which were fake. Turning Point Cambridge? Turning Point USSR?

We can hardly contain our excitement. Our glorious emperor, Jacob Ress-Mogg, has abandoned his top hat and donned our ceremonial trackies. He's not quite got the hang of the Glasgow patter but we appreciate the effort. 'mon the young team! pic.twitter.com/Sqljo0GwmT

And, being at the "wheeeeeeee" stage of the civilisational collapse rollercoaster that we are, it wasn't long before everything became about eating ass.

Everyone was getting rinsed. In a stunning turn, Turning Point UK have told The Tab that NONE of the branches, apart from the main account, are genuine.

As a disheartening nail in the coffin, the actual, official Young Tories have said: "Our advice would be not to work with them in any capacity."

But who are the legends in the video?

Joel Chilaka is a Medicine student at Sussex, currently doing a Masters at the London School of Hygiene and Tropical Medicine.

He describes himself as a "freedom loving Tory who thinks things on campus are getting a little toxic," and has 651 followers on Twitter.

Despite representing a group who claim student Tories are being erased from history, during his time as President of the Sussex Uni Tory soc, things were booming. "We went from like four or five people who didn’t really do much to about 65 signups on Freshers' Week and between 12-28 people turning up at events," he told The Tab last year.

"The left wing monoculture at Sussex has driven me to really give the society my all over the last year,” he said.

As a member of the literal Bullingdon Club, he surely knows firsthand how much you can suffer from not being left wing at uni.

Suffering through a hunting trip to South Africa, he endured a private jet with a personal bottle of Moet in each seat whilst wearing £3,500 uniforms. 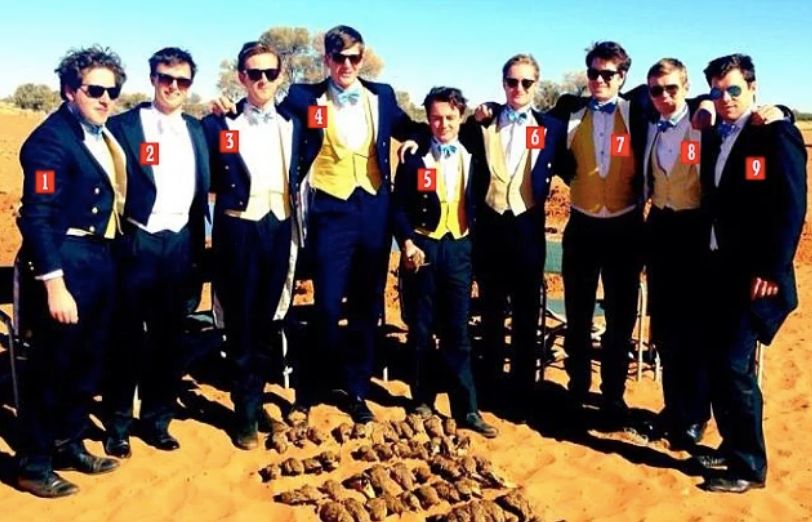 He was social sec of Oxford's Tory Association (OUCA) in his first year. At the end of that year, the society fell into scandal after asking candidates at a hustings to tell their most racist joke and name their "least favourite minority". George wasn't at the meeting, but the society were banned from using Oxford Uni's name for a year. 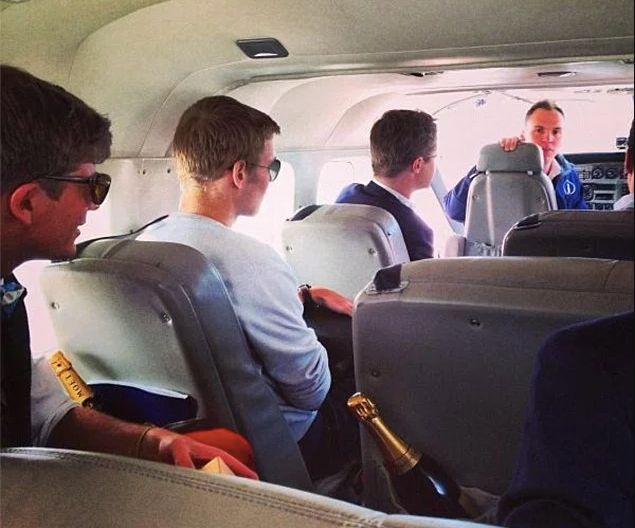 During that year, George became OUCA's treasurer. A donation of at least £2,000 from an "anonymous Tory party donor" – widely understood to be George's dad, the Tory peer Baron Farmer – was credited with keeping the society going.

George became an investment banker after graduating, and news of his engagement to a leader of TP USA was the UK branch’s first tweet.

Appearing next to the impossible-to-parody words "I'm not a conservative because I hate the poor", Dominique Samuels is a Politics and International Relations student at York.

From a working class background in Manchester, Dominique has 891 Twitter followers.

During her time at York, Dominique led the campaign against the SU's introduction of a Working Class Officer, which she called "patronising, condescending and quite frankly, paternalistic."

Raffy Lachter is a second year student at Nottingham Trent. He's got 90 followers on Twitter and is Turning Point's Creative Designer

2019 is the year when conservatives, sceptics and rational young people across the UK will finally be freed from the tyranny of 'safe spaces' and 'political correctness'. This is why we are proud to say We Are the New Conservatives #WANC #WANCUK #TPUK #TPUKARU pic.twitter.com/zxnZxwhjmT

Democracy is hanging by a thread in this country. Last year MPs celebrated the 100th anniversary of (some) women and working-class men finally getting the vote. This year they are using their clout to overthrow the biggest democratic mandate in British electoral history. pic.twitter.com/zqgxkcqIIr

On the TPUK website, his work as a Lib Dem activist and a commentator is highlighted.

Less attention is paid to the first thing that comes up if you Google his name. He's been fined £20,000 by the Electoral Commission, after a paperwork mishap around £675,000 being spent on Facebook ads for the Leave campaign.

? I’m Darren Grimes. You might know me as the twenty-something who the Electoral Commission fined £20,000 and accused of criminal conduct.

I believe they are undermining our democracy, and I am asking for your help to expose what they are doing and to stop them.

Currently, he's crowdfunding his legal costs to appeal against the fine.

Durham grad Tom Harwood ran for the NUS Presidency on a platform of memes and building big statues.

He was President of the Durham Union, Durham's debating society, but more importantly got into Twitter beef with Shawn Mendes.

Before that, he ran the student Brexit campaign. He's on TV a lot, regularly uploads clips of this to YouTube, and is now a reporter for Guido Fawkes, a right-wing political blog.

Since the launch, Tom's been spending time distancing himself from TP's stuff he doesn't agree with – their founders' famously anti-abortion, pro-gun stances. On the extent of his involvement, he says he “might give some speeches at some unis” and will appear in some videos.

Turning Point UK told The Tab: "We haven’t fully launched any branch yet but will make it clear how to determine which ones are official and which ones are not. We do find the fake accounts highly entertaining and a sign that some on the Left are feeling threatened by us shaking up the status quo."