We may have witnessed one of the most iconic moments in Love Island history last night. Maura shut down an extremely cocky Tom after he made a comment before leaving for the Hideaway with her. He said to the boys: “It will be interesting to see if she's all mouth.”

Meaning, it will be interesting to see if she follows through with how much she talks about sex and actually has sex with me tonight, on live television, otherwise she's a liar and a fake!

Tom was very much put in his place by Maura after making THAT comment… #LoveIsland pic.twitter.com/7ROHSlzBp8

What Tom said to Maura isn’t revolutionary. That is to say, it's awful and it's inexcusable but it isn't anything new – especially to women who are open and honest about sex.

I love sex, and I love talking about sex almost as much as sex itself. It teaches you so much about a person. It's enlightening and funny and so, so juicy. But I'm also incredibly picky. I like to back out at the last second and I'm very particular about the people I actually have sex with. But if you follow the assumption, surely I'm up for it, right? Wrong. And thinking that will only serve to embarrass you and me.

I've had so many conversations with men about sex who inevitably end up believing that, solely because of these conversations, I want to sleep with them. Or they'll look shocked and make eyes at their male friend like "wow, she's a bit much" but still deffo try to fuck me because they see it as an open invitation for sex. Sorry, but you're sorely mistaken if you think that I'm anything more than bored, incredibly nosey or trying to humble brag about my own sex life. If I wanted to fuck you, you would know by now.

Tom saying “let’s see if she’s all mouth” about Maura because she’s open about her sex life is a prime example of how women are objectified for expressing liking sex etc, just cause a woman is open about their sex life doesn’t mean she’s open to sleeping with anyone!! #loveisland

This whole issue seems to be something a lot of men think but don’t always vocalise. That if a woman talks openly about having sex then she's easy, she's up for it.

It’s understandable that it’s not often vocalised, because Tom vocalising it has almost definitely cost him his shot at having sex with that beautiful praying mantis queen. But he did say it. And what's more, if it was said just in front of that group of boys and not Maura – because, let's be honest, things like this are almost exclusively said in the presence of other men and only men – it would have been let slide. Or even agreed with.

It's time that men stop agreeing with and perpetuating this assumption that if a girl talks openly about sex she definitely wants to have sex with everyone she meets – including you. I could talk about sex every second of every day and yet might only have one sexual partner for the rest of my life. Just because I love sex doesn't mean I love sex with multiple people, or that I'll have sex with anyone. 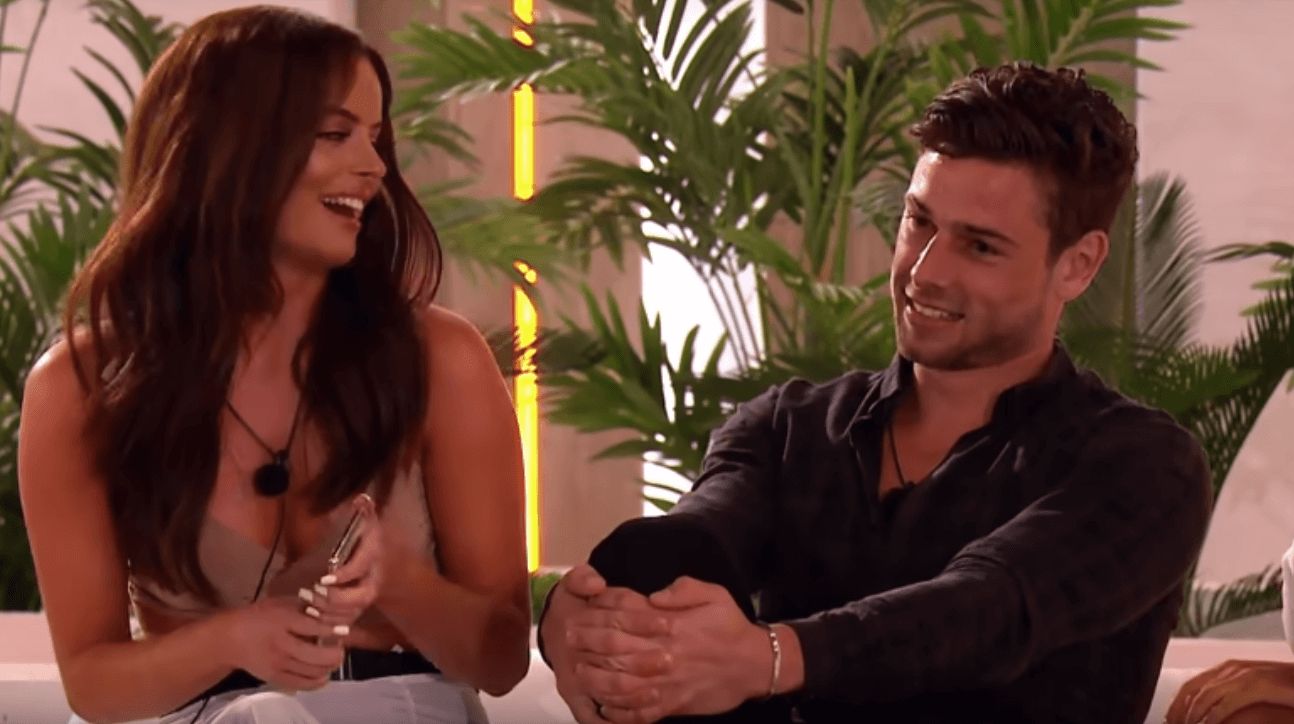 It also does not give you any right to talk about another woman's body or sex life with other people behind her back. Just because she has a lot of sex and tells you about it doesn't mean that discussion of her body and the sex she has then immediately becomes public domain. Those are her topics to discuss, not yours.

So next time you meet a confident lass who's no holds barred with her sex convos, try not to assume anything about her. For all you know, she could be the hardest graft of your life. And, if you really want to have sex with her, probably best to avoid comments like "interesting to see if she's all mouth", too. Just a suggestion.