WOW tonight’s episode is going to be something else

Producers have revealed Yewande is going to have an "explosive" showdown with Danny over Arabella tonight. Afterwards, she has a break down in the Beach Hut: "I don't understand why someone can't just want me." 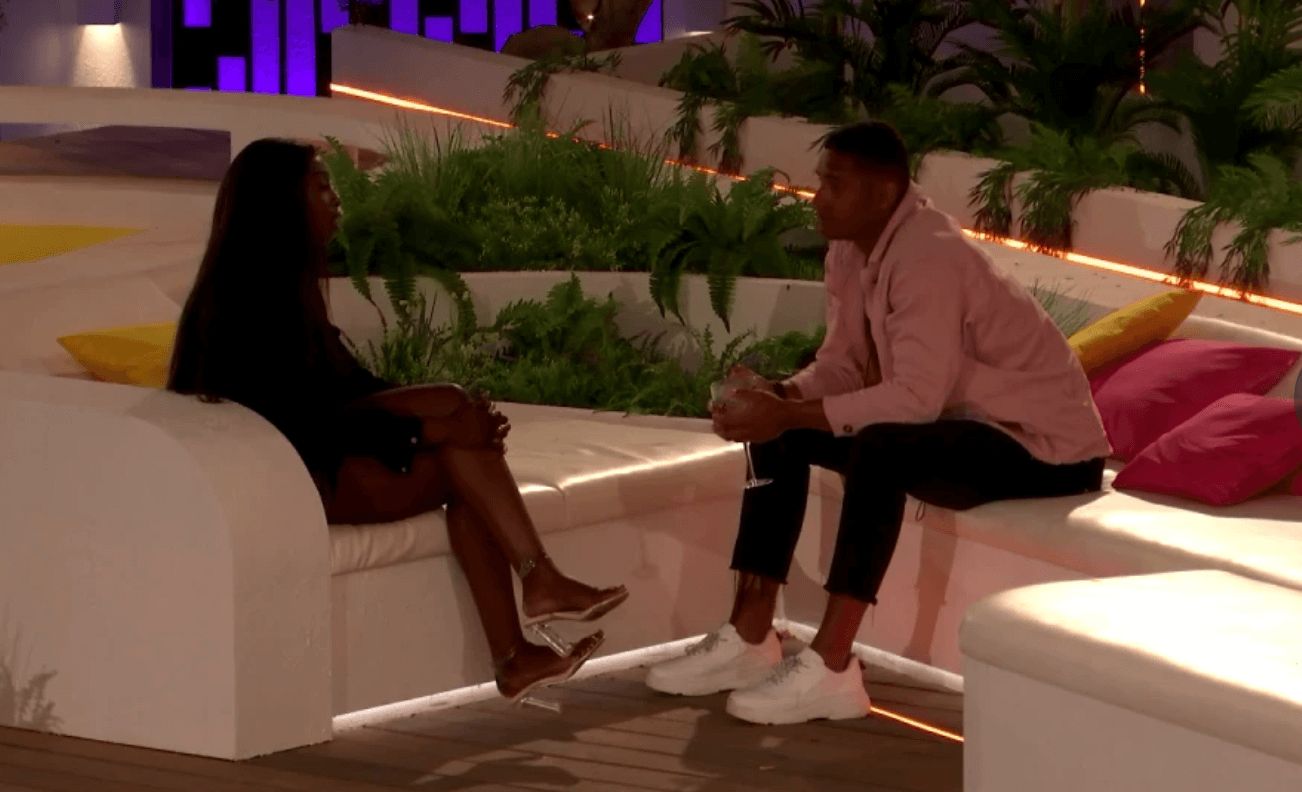 The next morning Anna asks Yewande how she's feeling and she replies: "I don't really want to be here any more, I feel I am not going to find love here."

In the Beach Hut Yewande continues: "I just need time to really think about what's going on and then I can decide on what I want to do." Uh-oh, are we about to witness another walkout?!

Laura Anderson from last year's Love Island told The Daily Star: "Yewande has shown a side of herself that I don’t really like.

"She’s being a bit of a moody brat. Her behaviour was really uncomfortable to watch and I’m not sure she deserves Danny.

"I don’t think it will work between them in the long run. I don’t think she can expect much from Danny if she isn't giving him much attention.

"She is a nice girl but she is playing it wrong."

Hang on. Didn't Laura have exactly the same happen to her in the villa?

When Curtis says he is here to drink Milk and [email protected]@k bitches. #loveisland pic.twitter.com/y6zpXcYhvt

On Love Island's Extra Bits, Curtis was pretending to go down an escalator in the kitchen and randomly shouted: "All I came here to do is drink milk and f**k b*****s." Safe to say Amy wasn't pleased.

Maura's mechanic ex, James Finnegan, has accused Maura of putting on an act for fame. He told The Sun on Sunday: “The Maura you see on Love Island is not the Maura I know. For me, she is putting on an act. I haven’t watched the scene where she was hitting on Tommy Fury but she never did anything like that to me. I’m not even sure he’s her type.

“Maura does swear but no more than any other person. I don’t know why she is using so much bad language on TV. She never used the expression ‘fanny flutters’ around me. I did see the episode where she was talking about the lesbian thing with the other woman and that surprised me. It must have happened after we broke up because I don’t remember anything like that. She never expressed any interest in women when we were together.

“I think Maura is playing a game and trying to grab attention. But there is a lot of jealousy towards her here, with people bitching behind her back. I think she will be given a hard time when she comes home.” Interesting.

Arabella dated personal trainer Jay Copley before splitting up with him in February. He's trained the likes of Ellie Goulding, Fleur East and David Beckham at the posh gym group Barry's Bootcamp. Fit.

A source told The Sun: “Jay and Arabella made the perfect couple. Aesthetically, they’re two near perfect specimens, and strangers used to compliment them on how good-looking they were.

“They are both really into health and fitness. Arabella doesn’t really drink, and enjoyed hanging out with her posh pals in London.

“They broke earlier this year, but said they’d try and stay friends although understandably Jay isn’t loving see his ex on TV every night.”

Heartbreaker Danny was meant to fly out over the end of the May bank holiday weekend, but had to wait until the next Tuesday to sort out his documents.

A source told The Sun: "Danny was frantic when he discovered his passport was missing when producers were on their way to get him.

"Luckily they were very understanding and let him fly out a few days late."

A source close to Lauren Goodger told The Mirror: “Tommy was sending her flirty messages asking to meet up. They spent a lot of time talking on FaceTime, and she started to fancy him.

“She asked if he had a girlfriend. He said he couldn’t be more single. He’d say he couldn’t wait to meet up for a drink, but it never happened.

“He was really complimentary to her and was always saying how sexy she was. Lauren went off him romantically and they never got round to organising a date.”

Speaking to The Sun Online, Olivia said: “I know Maura. We used to work together. All I know about her is what you see.”

When asked if Maura has really slept with give men, Olivia raised her eyebrows and said: “If that is what she said we will all go along with that.” ?

Wow that was quick.

I can think of worse Saturdays ?

• Lucie has a REALLY fit sister!!! Plus Sherif spills the tea on other contestants