There are certain things society demands of you as a man. Society demands that we must be manly, we must keep our feelings bottled up, we must not cry at the end of Mamma Mia: Here We Go Again when Meryl Streep and Amanda Seyfried duet on 'My Love, My Life', we must absolutely not enjoy Love Island even though we voted for Jack and Dani to win, we must be those guys who reply "didn't happen" to every. tweet.

This is what is demanded of us, we must be brave – braver than our brave English boys of the World Cup – we must be strong, we must grow beards. We are men. 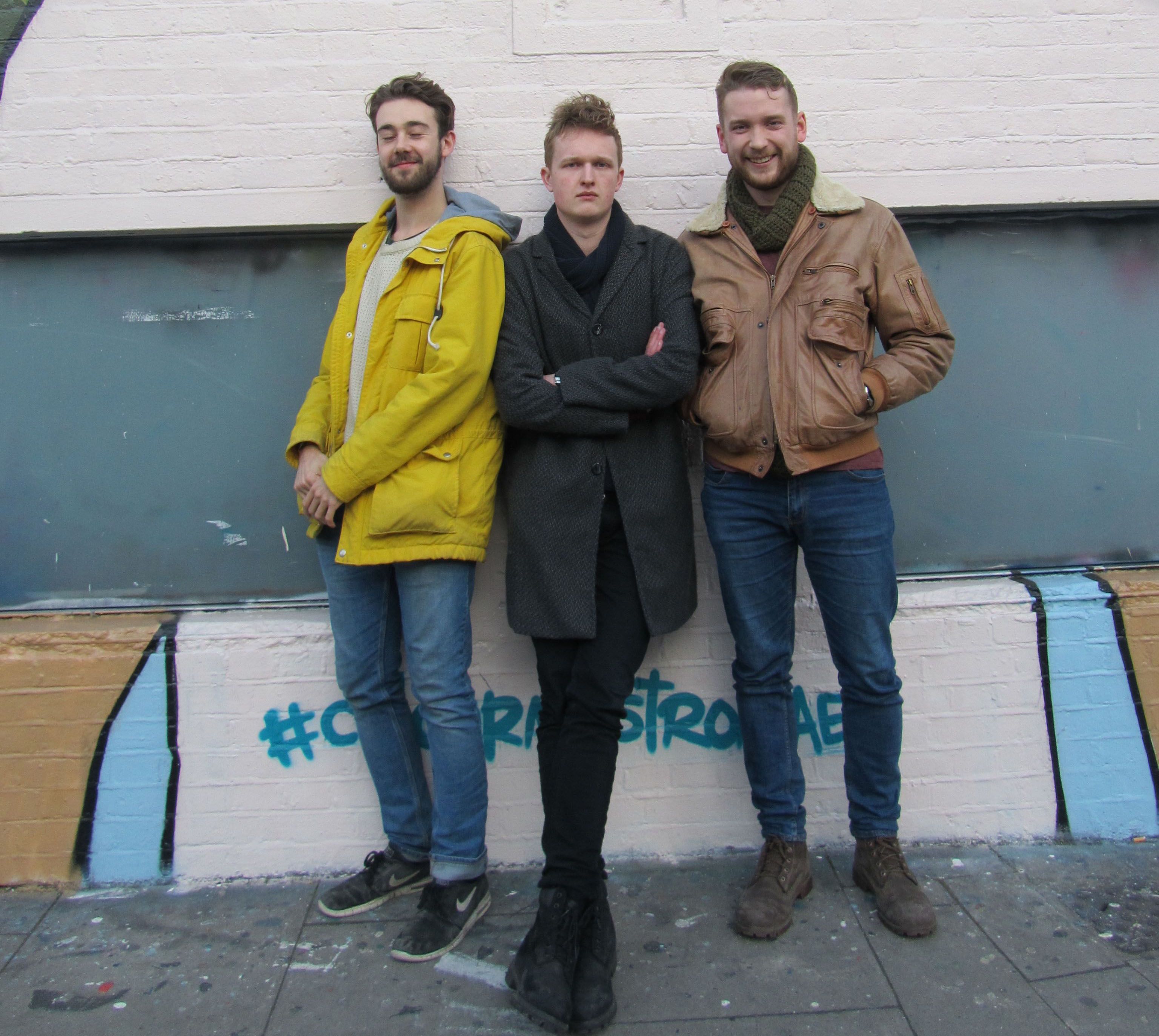 But what if we can't grow a beard? What if we cannot complete one of the fundamental man tasks required of us? Are we not men? Are we destined to never own a shed? Will we never go to Ikea and enjoy it? Is this our future? Our beardless future.

Who are these beardless men? These man-rejects, these semi-adults, stuck in the endless hell of puberty, the harrowing existence where one hair a week is a successful attempt at growing a beard. How does it feel to not be able to grow a beard? Well, while you take a minute to reflect on the hardship of the beard-less male, here are all the trials and tribulations they face on a daily basis.

No matter how old you are, you look about 12-years-old

"It makes me look about twelve" said one poor beardless man, asked about his poor beardless experience. Not having a beard naturally makes you look younger, but at least some men have the option of a five o'clock shadow, or a little bit of scruffy stubble, or, god forbid, a soul patch. Yet for those who cannot grow a beard, none of those are an option – it's just not possible.

"At work I get asked if I'm old enough to be there". Imagine being at work and someone suggesting you're not old enough to work there. I work in a bar and someone once asked me if I was at college – I've graduated university. This would not happen if I had a beard. 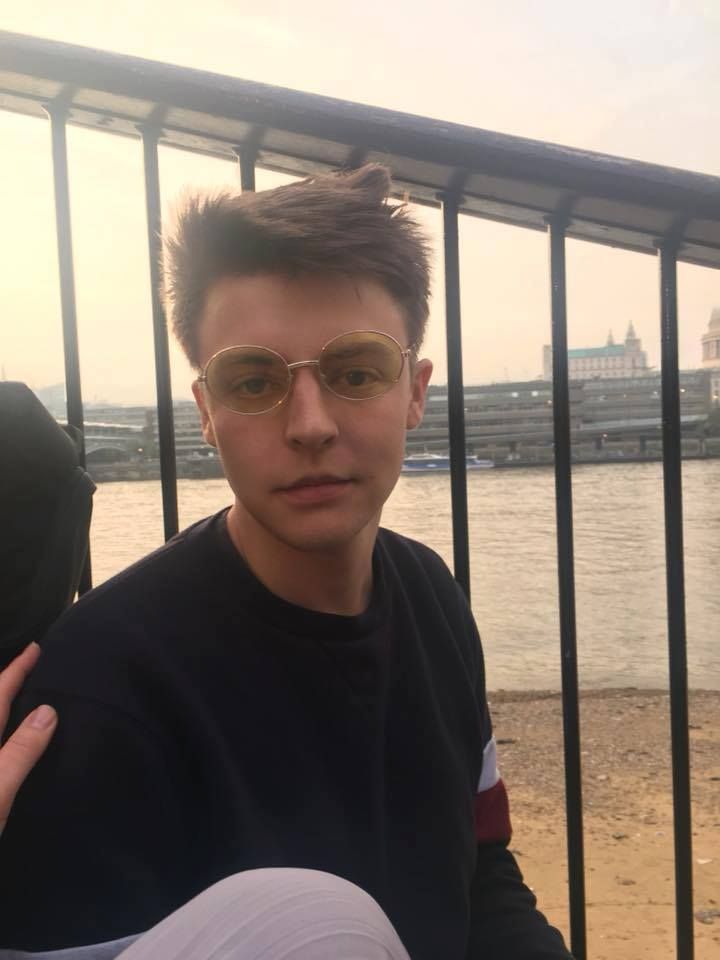 Getting ID'd is inevitable

It gets even worse if you have a baby face! Your bald, baby face! You hairless loser! Getting ID'd is inevitable, as Jonny points out: "At the ripe old age of 23, I still get ID'd at the bar every single time. Bar staff gawp in disbelief and become very apologetic after realising there are now two World Cups between me and my 18th birthday."

He goes on to bare his soul, his most embarrassing moment, saying: "The other month I got ID'd buying a EuroMillions ticket. You have to be SIXTEEN to buy a lottery ticket. There is no way I look younger than 16".

There's something deeply upsetting about being out with your mates, your bearded mates, you mates with their flowing facial hair, their designer stubble, their well maintained scruff, and being the only person to get ID'd because you're unlucky enough to be lacking in the facial hair department.

Which leads us to:

Just think about Dumbledore from Harry Potter – you'd trust that man with your life, wouldn't you? Now think about yourself, beardless – you would not trust yourself with your own life, you would trust Dumbledore. Beards are a symbol of the trustworthy, of safety, of calm. Not being able to grow a beard is the antithesis of that, and you know it. 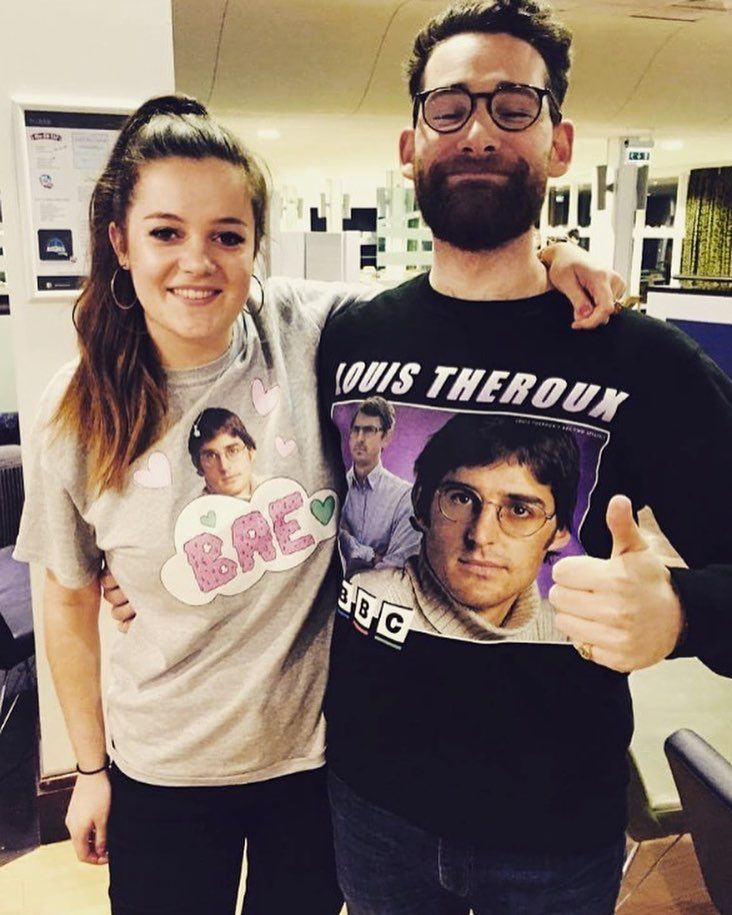 Literally every good male role model has a beard

All of the best famous men have beards. Kit Harrington, Dumbledore, the bearded lady who won Eurovision a few years ago, Ron Swanson from Parks and Recreation, Jonathan from Queer Eye – they all have beards. Do you know who doesn't have a beard? You. This is why you are not a famous man.

Having a beard will get you a girlfriend, and you know it

"My mum hates it and tries to get me to shave it off every time I see her, but my girlfriend says if I ever shave it off she'll leave me", said Josh, who is lucky enough to be follicly endowed. Josh has a girlfriend because Josh has a beard. Be more Josh.

When Rocky Aoki founded Benihana in 1964, do you think he knew he had created the best dining entertainment in the western world?

Beardless men can't even join in with Movember, but that doesn't mean they hate charity

If there's one thing men who can grow facial hair love to do it's participate in Movember. Yes, they're doing it for a good cause, yes it's raising money for charity, yes it's a selfless act to grow a terrible moustache and wear it on your face for a month in the name of charity. 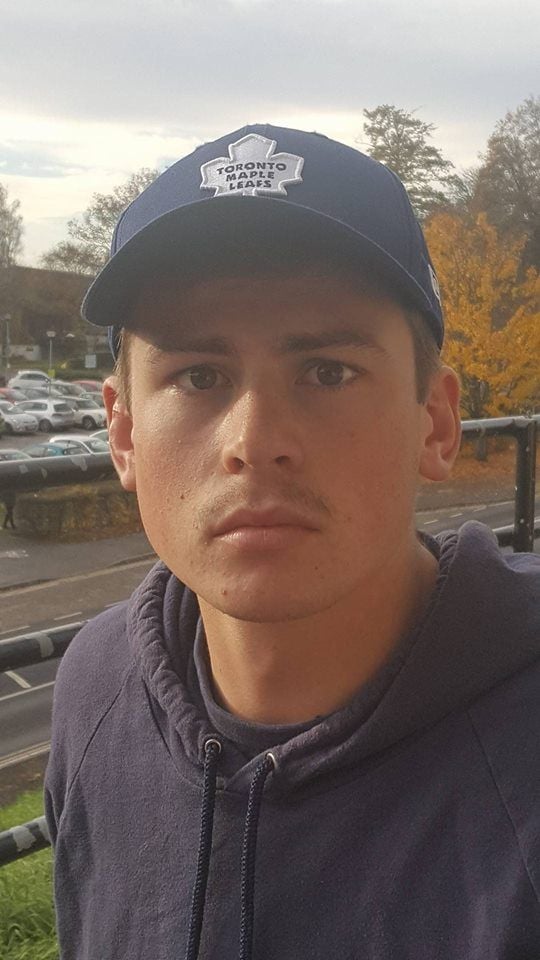 One of the most embarrassing things about not being able to grow a beard is still having to shave the little hair you've managed to force out of your face. Like graduating from uni with a third, you must run with it, you must live with this existance forever, this is your life. 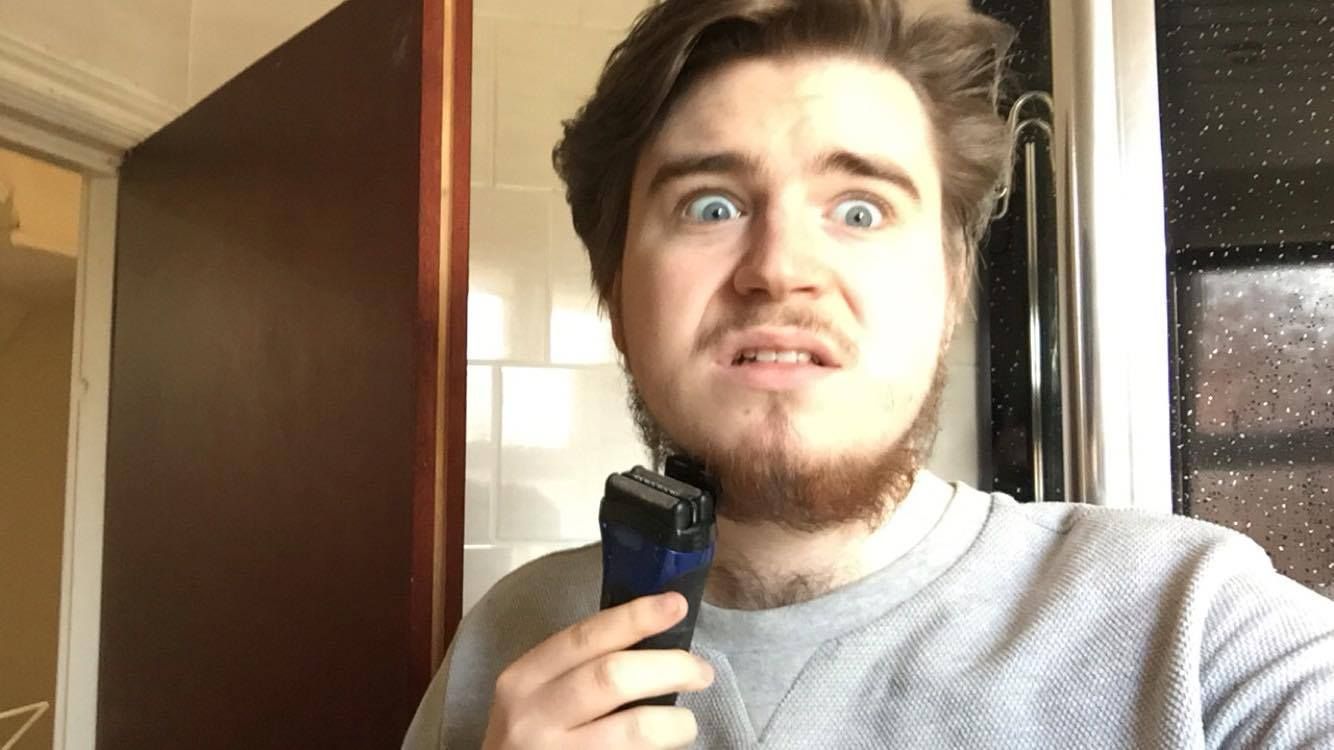 We all go through puberty, it's nothing to be embarrassed about – it's just some of us did it better than others. Me, I had a horrible puberty moustache from year 7. Year. Seven. I didn't shave it off until year 9. Year. Nine. Two years of that pipe-cleaner like dusting of hair on my top lip. And then came the matching sideburns! Imagine the state of me as a child!

I ruined so many family photos with my reluctance to shave off that disgusting strip of hair, all so I could cling onto some sort of manliness. I look back with embarrassment at school photos, because guess what! It's so noticable! Kill me! 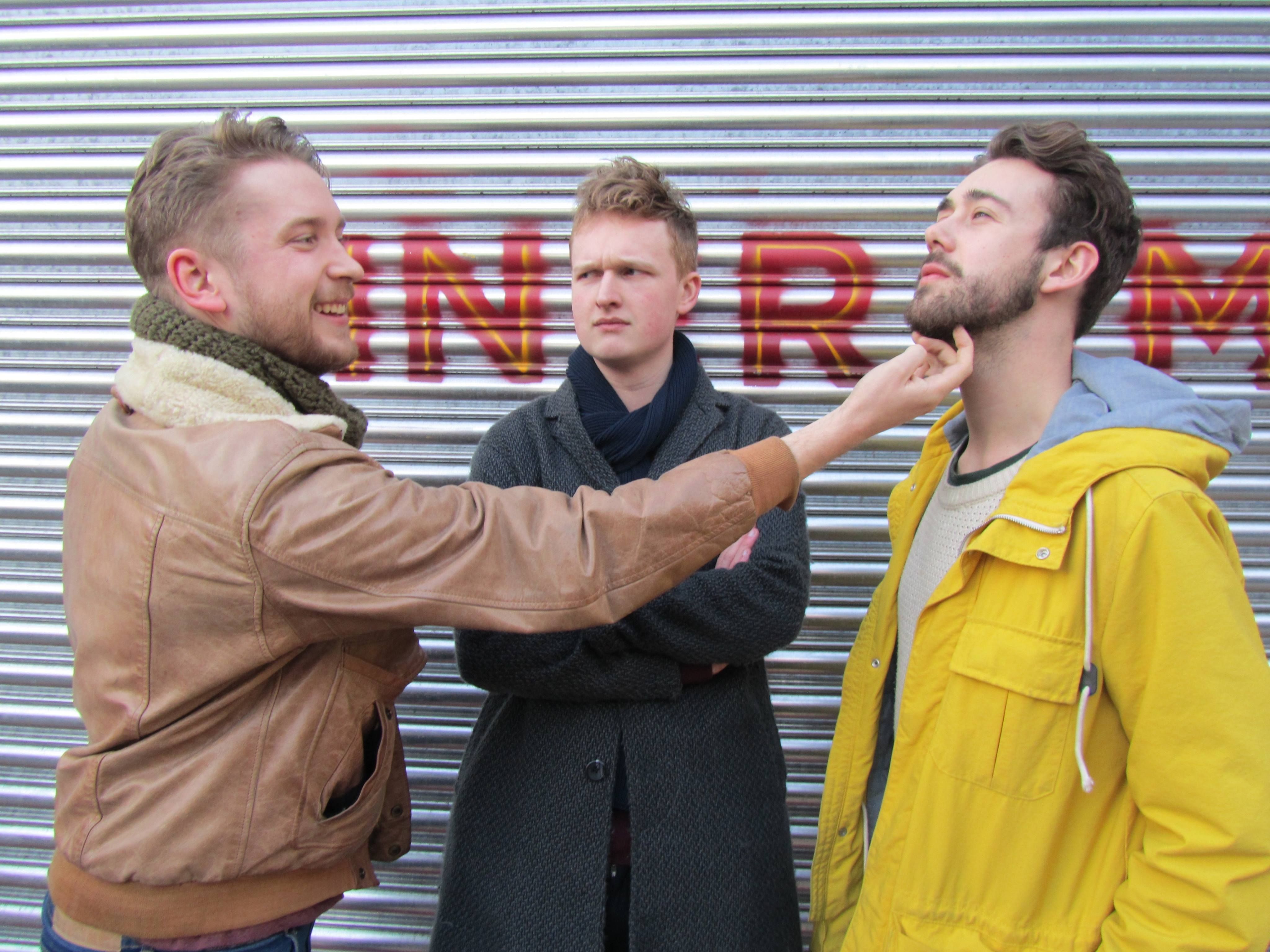 Men with beards just look better, the jealousy will consume you, you are a jealous, beardless man

Men with beards know they look good. Josh, recently gifted with the achievement of a beard, said, "For a long time I was caught in between no and full beard, growing these weird little tufts on either side of the corner of my mouth, I also flirted with a chin strap briefly – just a terrible terrible decision to cover up the fact that I couldnt grow a proper beard."

"Over the last couple of years, I've been able to grow much more of a full beard, like hair actually covering my cheeks. I don't get ID'd as much any more which is obviouly a great benefit. Sometimes I scroll back to my Facebook pictures, look at the chin strap I had and have a very physical cringe moment."

You see. He knows he looks better with a beard. And here we are, unable to grow beards. He doesn't know lucky he is.

But don't worry, it's not your fault

"I can't grow a beard because of scarring. As a kid I fell on my face and I never thought it had done any damage until I tried to grow facial hair and nothing grew in the places where I scraped my face. So if I ever wanted to grow a beard, I'd have a massive bald patch on the side of my face", said Jake, a man with no facial hair. Does this make him less of a man? No, of course not. Does it mean he gets a hard time of it? "Well it would be nice to grow a beard, and I'm naturally baby faced so it's not ideal".