These boys are definitely not pranging

On a surface level, Love Island plays into every shallow heteronormative idea we have about gender role in our society.

Anyone who's stuck with the series will know that's not true. Over the course of the villa's residency a spotlight is held up to those ideas, as we ponder and re-examine them.

One of those norms is this: Love Island, strictly speaking, isn't really a show for blokes. It's for @sophie_wrightx on Twitter and your Fiat 500-driving sister.

Let's shatter that. Meet the men who are coming forward and shedding light on what it's like to be hopelessly addicted to Love Island. 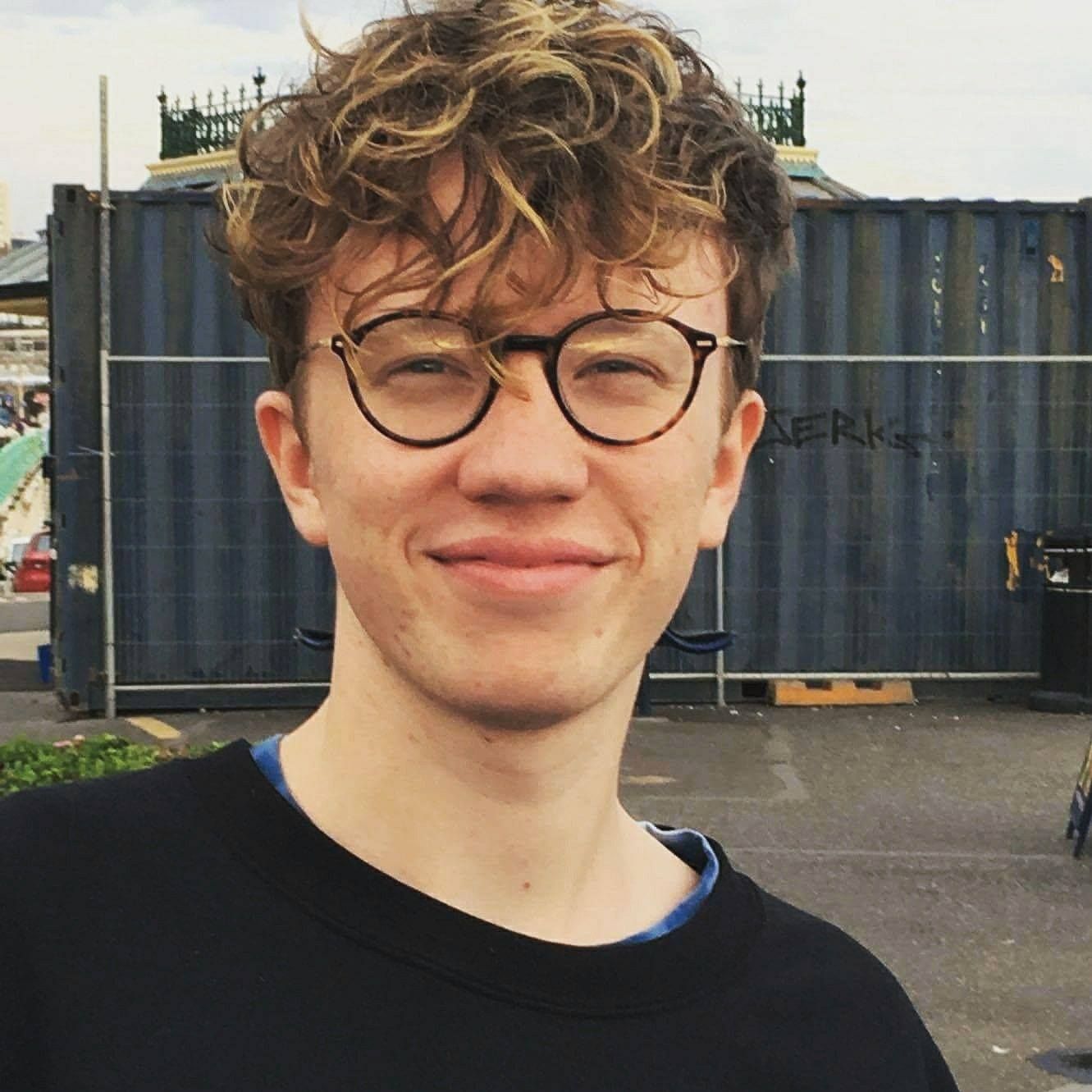 Sam, how have you found the reception when you've tried to spread the word of Love Island?

I find a lot of guys are very chalk and cheese about it, all you have to do is mention the words 'Love Island' and some guys get all defensive of their masculinity. Instead, I watch it with my girlfriend, although now she watches it with me because I'm more into it. Haha.

Could it ever replace the World Cup for you?

I'm afraid that could never happen; if a asteroid was hurtling towards earth, the World Cup would still be my priority – but Love Island is a strong second priority.

Actually,why not both? Mute the football but have it up on the laptop whilst Love Islands on the TV – summer sorted.

Which guy do you identify the most with?

Alex because I'm as pale as a polar bear and a true genius. 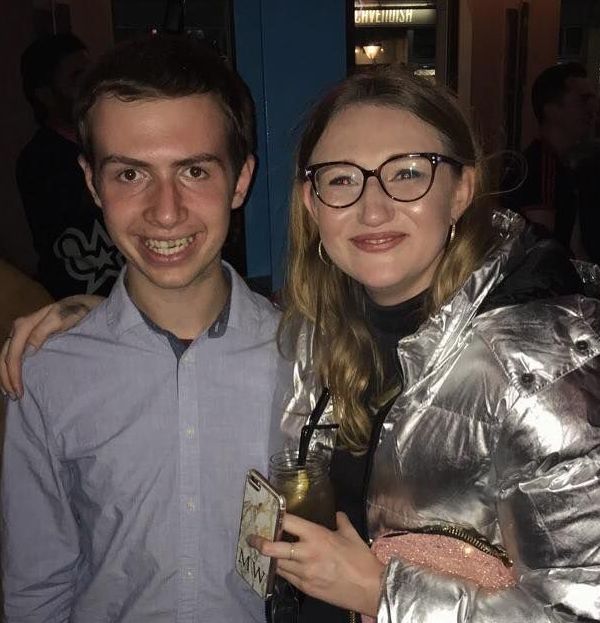 Hi Dom, do you enjoy your Love Island addiction with others, or keep it shamefully hidden away?

Despite tolerating Dinner Date, my housemates strongly disapprove, so I am forced to watch it in isolation in my room, headphones in.

Trying to convince them to convert would be a losing battle. They have no interest in it, the show does split opinion among lads as many of my mates are addicted.

Are you worried you'll have to choose between the World Cup and the show?

As of next week I intend to watch the World Cup live then Love Island on catch up. I'm still waiting on someone to make the relevant clashfinder.

Love Island has definitely taken a lot of the attention, I look forward to enjoying both.

Has your addiction consumed you to the point you identify incredibly strongly with one or more of the Love Island hunks?

At the moment, probably Alex. Eyal after I’ve had a few and start thinking I’m deep. A nice guy, slightly hapless and not having the best luck at the minute but quietly hoping that’ll change. 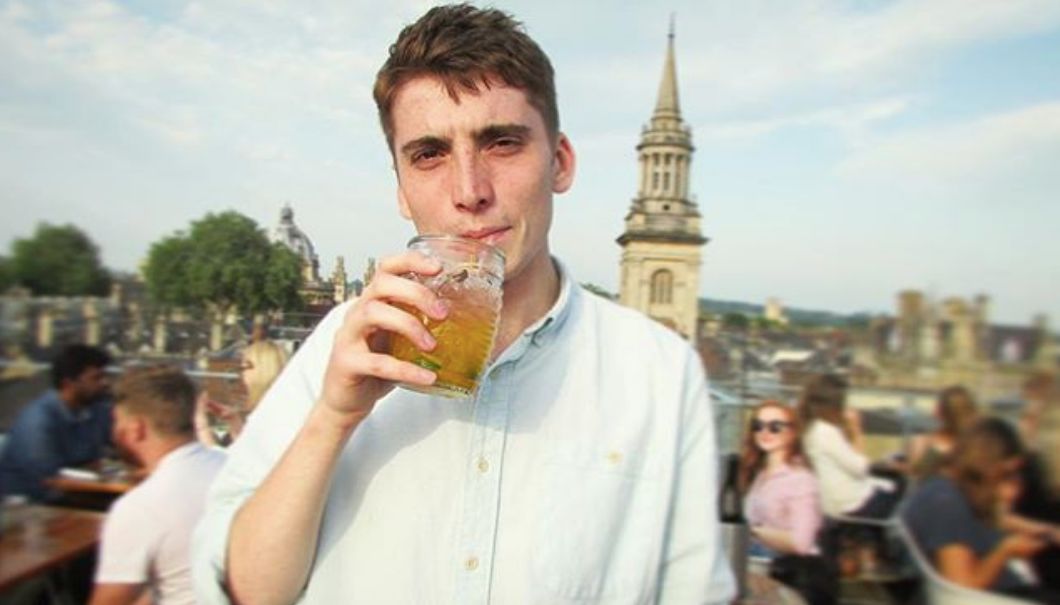 Do you feel any shame, Rory. Do you?

It’s the one bit of telly that I can really get behind. I’m an evangelist of Love Island now. My housemates were frowned upon it and now I’ve got them hooked.

At first I got nothing but flak. Then, they stayed to watch a whole episode and loved it when Alex got pied in that game.

Has your journey onboard the good ship Love Island been all plain sailing?

Yesterday I was voted out of the living room, they coupled up with the England friendly. Not so much exiled, but sports will always win.

But there's always solace. Me and my girlfriend watch it simultaneously. On the first episode her laptop shut down during so I FaceTimed her whilst she sorted it – can't miss out.

Just like any bona fide lad, are you deeply concerned about it clashing with the World Cup?

England, as a team, are a group of millionaires who won't put in anywhere near as much graft as the lads on Love Island.

Surely by now you've started projecting your personality onto one of the lads. But which one?

I’d most likely be likened to Alex, we both wear white coats for a living. I think he’s the most real out of the bunch to be quite honest. Everyone’s got their own insecurities. Everyone’s been pied once in their life and you can empathise with that. 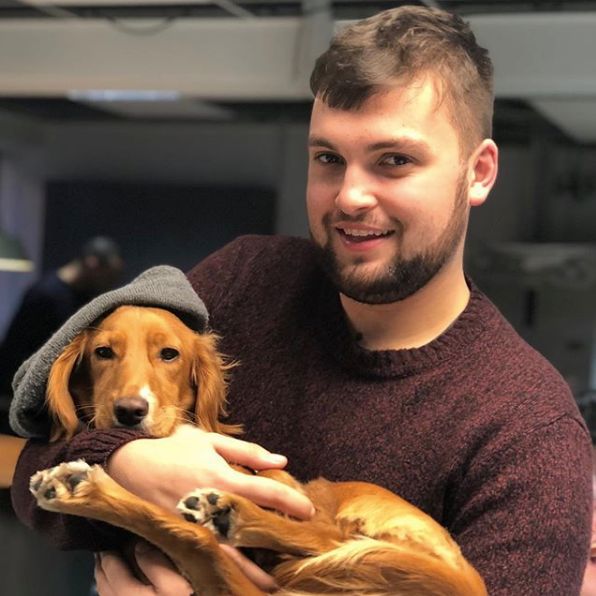 Having seen your social media presence, you don't seem like a guy who feels shame. Is your crippling Love Island addiction the exception?

I like to think I'm a pretty shameless guy generally speaking. Not a lot of things embarrass me. I also think it's deeply uncool to be The Person That Hates Love Island, so I'd much rather enjoy this delightful fuck fest than be someone who screenshots themselves muting 'Love Island' on Twitter. And if those people want to shame me then let them.

But let me tell you this, I will not be shamed out of watching a show by the Twitter hordes and Giles Coren.

I know you've spent a lot of time thinking about this: Which boy are you?

So I would say that if I was as ripped as Adam, no question I would act like him. However, because of physical realities I would say I have to rely on chat more and therefore perhaps identify as more of a Jack, but with the elocution of an Alex. 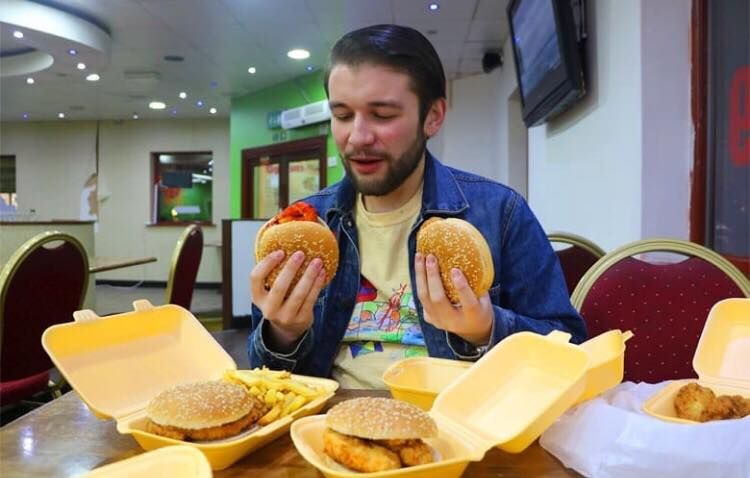 Joe, you're just a guy who loves Love Island. How's that going for you?

I fully accept it's trash telly. I’ve been told I have no taste by co workers for watching it and really I kinda agree with them.

I have converted a few people I’ve said I was like them until I started to really ship Jack and Dani. It’s worked with one co worker. The rest will need a load of convincing.

Showing a picture of Adam I imagine will work wonders for any holdouts.

Here's a toughie: Would you skip Iran vs Morocco in the World Cup for it?

You could say that. I like watching drama and Love Island naturally has lots of it. That said, if an episode is going up against a big game I’m definitely not watching it. Yeah definitely. However, if my boy Niall was on elimination day I’d tune in over a any non final. If it was a semi I'd rely on my Mrs for updates.

Ok, seems you've got this all quite planned out. If you were in the villa, how would you go about it?

Okay so I’d come in obviously I’m not a walking bicep so I’ll have to rely on my graft. After no doubt failing to pull I’d befriend one of the girls who’d couple up with me out of sympathy. During this I’d start beef with the power couples and split them up somehow, like asking beefy questions on truth or dare or starting rumours. Anything to win I’d be the baddy.

After everyone’s been eliminated I’d then take the 50K for myself to seal off the nation hating my guts. 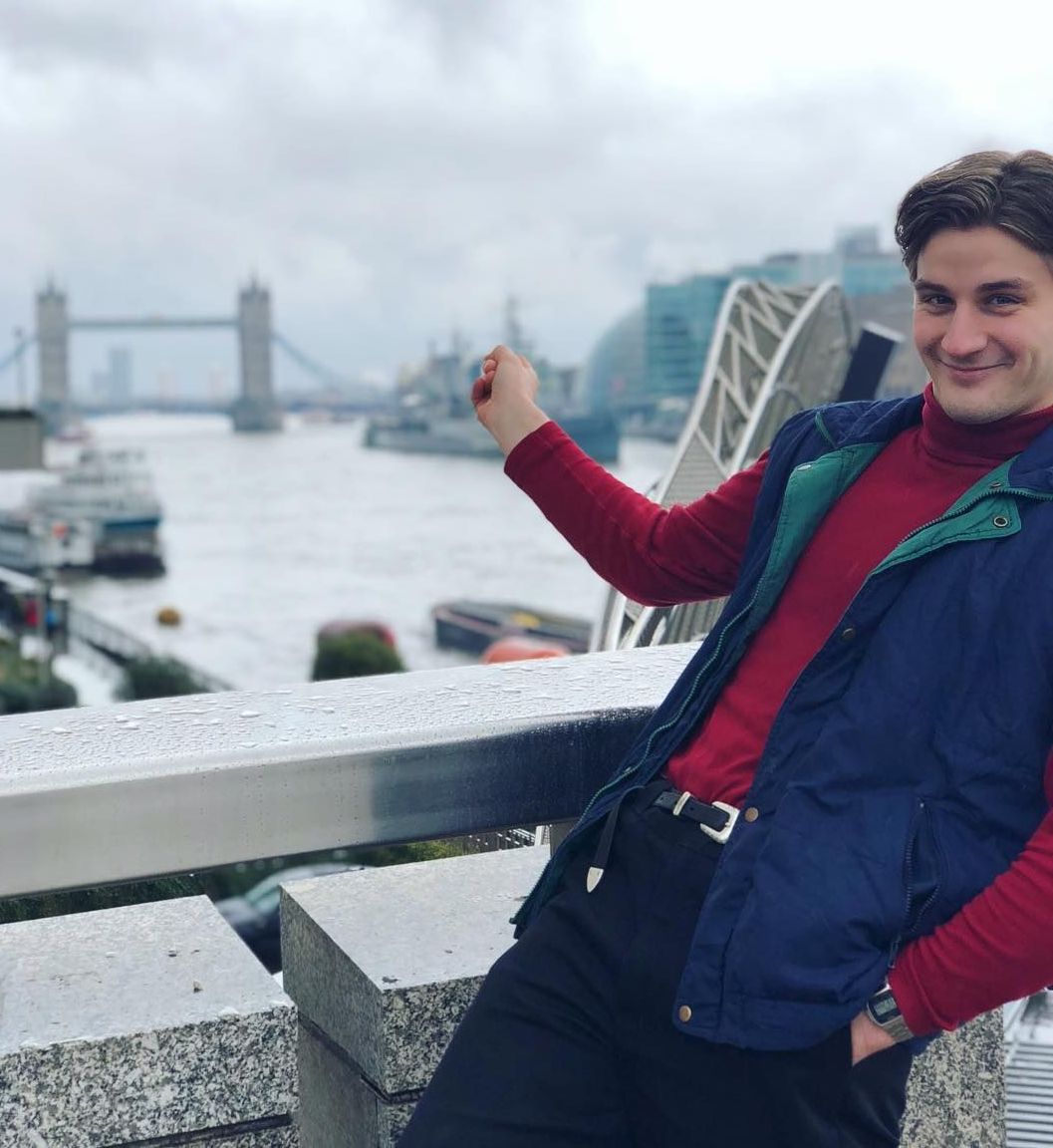 Tell me about your Love Island journey, Will

I was reluctantly sucked in to watching the second series of Love Island two years ago, and I won't lie to you – I got hooked. I still follow the lovely Zara Holland on Instagram, I was that hooked. I gave series three a miss, I felt as though if I watched that, the same thing would happen and there'd be no going back. But here I find myself, sacrificing my social life to keep my 9pm free every week.

How do your guy mates feel about this?

I keep it quite quiet. Those who do know I watch it either totally get where I'm coming from, or they just tut and let me know what I already know, which is that the show it trash.

Sure, you look like the kind of guy who'd stroll straight into the villa, but who would you model yourself on?

I'd probably have to say Eyal. I can relate to his pointlessly deep vibe. And I'd probably tie my hair up in a non-ironic way, and whip out a guitar. 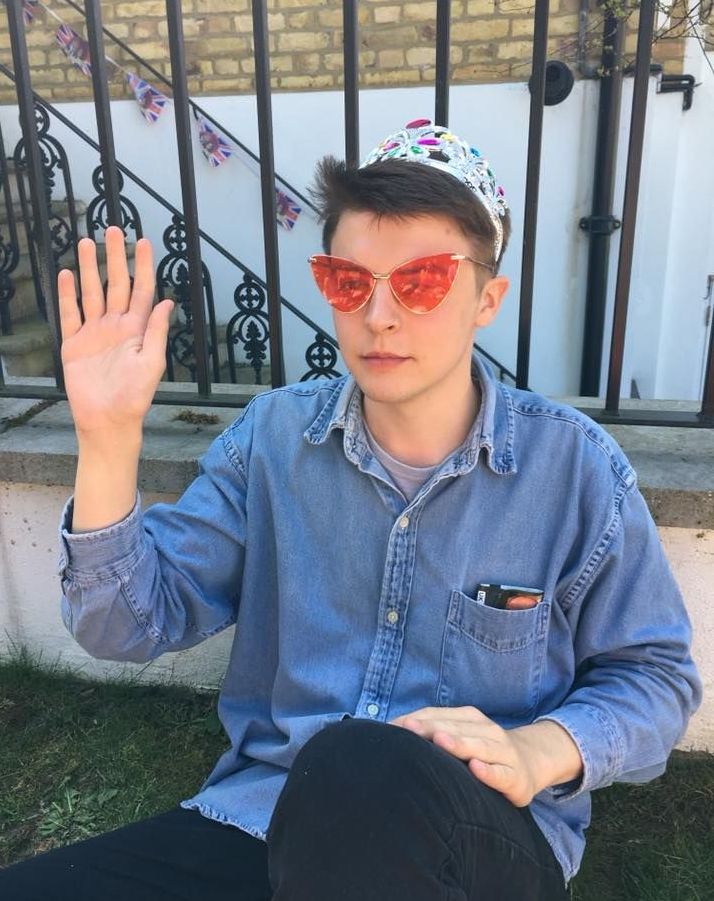 Desperate to get noticed by the Love Island scouts, Jonny has enlisted the services of a stylist.

Jonny, let's not beat around the bush. Do you feel a burning sense of shame when you watch Love Island?

I feel shame because I know I shouldn't really be watching it (I can literally feel my brain turning to mush when it's on) and I only do so I can join in the conversation.

How are The Boys reacting to your nascent addiction?

My guy mates were initially sceptical when I suggested we should take the plunge with love island 2018. However, they remembered Jess from last series and being the filthy creeps they are, decided they would get on board.

They put up a fight at the start, saying how it was shit, but they didn't get up and leave, they stayed sitting there, and then started asking questions to get them up to speed as they missed episode one. By the end they were hooked.

The next afternoon when i asked who was excited for that evening's episode, the group chat went OFF. 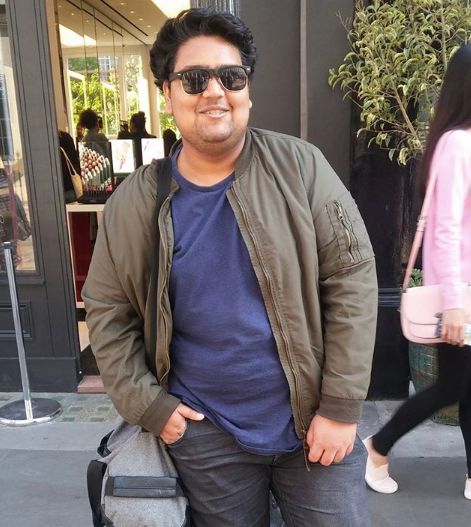 It's a good programme. Come on, it won the BAFTA.

You look at the ads, it's the most expensive products, there's no shame in watching the UK's favourite programme

During the World Cup, we're going to need a bit of sun to bring up the misery that will be England. I mean Niall over Neymar, right?

Plus, I now know how to lay it on thick.