An ex-friend, who wishes to remain anonymous, told The Sun Online that Georgia got with her boyfriend about four months ago. She said: “They were on a night out that I couldn’t go on and Georgia was apparently all over him throughout the evening and they ended up going off together.

"My friend rang me who was on the night out and told me what had happened. I was obviously really shocked, I had been close friends with Georgia for over two years and with my boyfriend for six months.” And wait, there are screenshots.

Georgia's management has denied the incident, stating that "Georgia would never have kissed someone knowing they were in a relationship." What, just like she didn't kiss Jack??? ?

Everyone is convinced Josh has a penis tattoo on his arm

But turns out it's just a tattoo of St Christopher, the patron saint of travel, athletes and sport, walking through the Nile. Someone call his tattoo parlour, because it still looks like a penis to me.

I legit thought Josh had a penis tattoo on his arm for a sec! Ffs ??‍♀️ #LoveIsland pic.twitter.com/O5loXNeHL4

Nathan Massey and Josh know each other?!

Of course, there is yet another Love Island connection between contestants. Nathan from Season Two revealed he's known Josh "for a while" and is rooting for him and Kaz to win. Apparently they're "really good friends."

After New Laura broke down to Old Laura the other night, people were questioning whether she's had her lips done.

When new Laura goes out of her way to humiliate the old Laura in the lie detector test then starts crying when the shoe is on the other foot? Not nice is it Hun x ?? #karma #dontgiveitifyoucanttakeit #loveisland pic.twitter.com/QWSz1T3jbd

A lip filler expert told the Daily Star Online: "Yes, I would say that she definitely has had dermal fillers in her top lip. This is because the top lip looks larger than the bottom (ideally the bottom lip should be slightly larger) and the border of her lip is exaggerated and you can see that the dermal filler has extended into the peri-oral area (skin above the lip border). This often happens when too much dermal filler is injected and makes the lip have a curled-up or duck appearance."

Laura was accused of fake crying to Jack following the lie detector results, but she set the record straight, telling The Sun: “For me there were a lot of things in there that I pushed under the carpet for a long time so they definitely weren't crocodile tears and I was really embarrassed to be crying on TV because I didn't want to come across like that. I definitely wasn't performing any tears because that's not what I wanted. All of the feelings I had in there were definitely real."

Sam has FINALLY got his eyebrows evened out

Yesterday, Georgia posted Sam's new eyebrows on her Insta story and revealed her friend was behind her dramatic transformation.

And fair play to him, because they now look more like sisters than the long-distant third cousins they looked like a few weeks ago.

Big thanks to all the support from everyone since I left the villa. I’m excited for the future and of course with @geesteelx ❤️

Apparently Jack told the boys a story of how he climbed up her drainpipe in the middle of the night, after they broke up and knocked on her window, just to tell her how much he loves her.

It was three in the morning and she clearly wasn't impressed. Jack then tried to climb down, but she told him it was unsafe to do so and that he should come into her room instead. In the room, there was another guy in bed next to her, looking at his phone. So. Awkward.

It happened when Alexandra confronted Alex about the lie detector results. She put her glass down on the table in front of her. 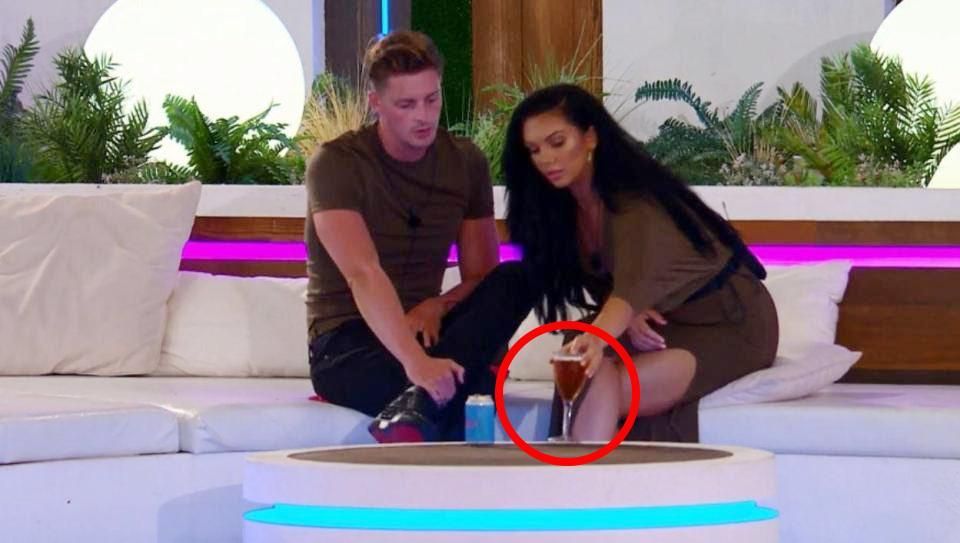 But a second later, it disappeared. Hmm. 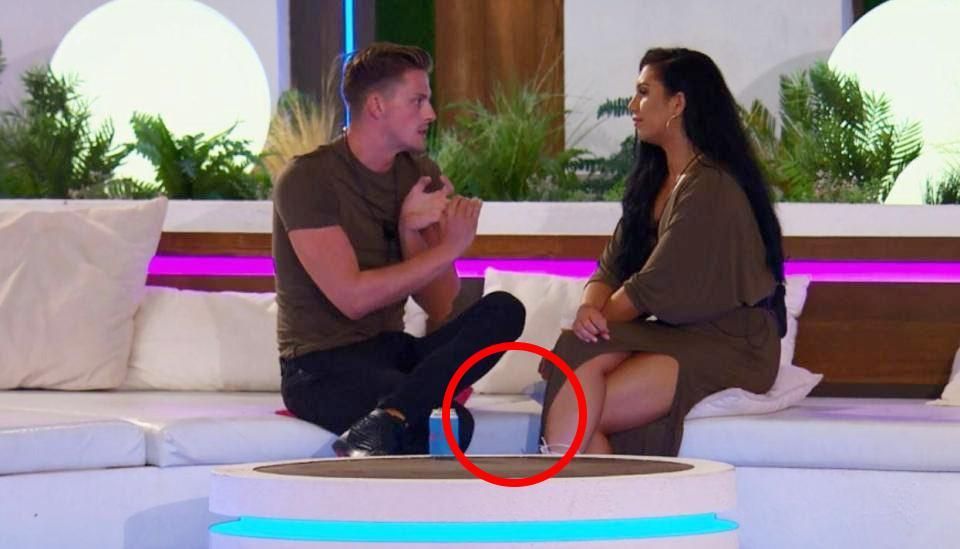 Ellie and Charlie are already speaking about getting engaged and having babies ?

“We’ve had one drunken talk about engagement – he said he doesn’t believe in marriage and I was like: what?”

But then Charlie added: “I’m not into the whole marriage thing – if you’re going to be with someone, be with someone, you don’t need a piece of paper. But I’d have no issues having a baby before we get married.”

Dani's ex-boyfriend's name has been revealed to the public

24-year-old Lui Sorenti went out with Dani since she was 17. He was welcomed into the family but apparently their relationship broke down after there were rumours that he cheated on her. This is what he looks like. Side note, since when did Dani have blonde hair?!