You will know the gossip, and the gossip will set you free

Georgia had acting lessons to appear innocent on Aftersun

A source told The Sun that Georgia received acting lessons before appearing on the Sunday chat show to "come across as genuine and innocent" about the kiss.

"Georgia was worried about fluffing her lines on live TV", the insider revealed. "She wanted to come across as confident and genuine as she could about what really happened and so she called up an acting coach for some last minute advice.

"She told him she needed to look surprised and innocent when they showed the kiss she had with Jack Fowler. Georgia said she didn't want to look 'like a mug' after realising everyone could clearly see she did kiss him."

When asked if Eyal would ever ask for the jumper back, he told Star Magazine: "No! I think I can probably get myself a new one." Eyal said he found the whole incident funny and wouldn't have even realised if he didn't get "a million tweets and messages" about it.

We also found out how to slide into Eyal's DMs – read our full interview with him here.

When doing a role play with Kaz and Josh, Jack, who is a Sales Director at DMG Office Supplies and Print Services, actually revealed some private information that could ruin their real life pitch.

His boss Dane, said on Good Morning Britain: "We are actually partnering up with the two of the biggest wholesales in Europe. He went "oh no we're not really". All the guys in the office were going 'what is he doing with our pitch?'" Oops. Looks like Jack won't be going back to that job any time soon.

A McDonald's cup was spotted on the bed next to Jack Fowler and now everyone is convinced the Islanders have been making secret trips to the fast food restaurant.

But sadly not, as a spokesperson for Love Island told MailOnline: “Food is brought in for the islanders or it is prepared within the villa.”

New Jack been on the maccies run then? #LoveIsland #McDonalds pic.twitter.com/88UprTWm5k

The full line up revealed that two Love Island stars will be on the quest to find love once more. Other celebs in the line up include Louise Thompson's ex Alik, Chloe Sims and Vas from TOWIE. Lol what a squad.

Alex Miller changed his name on Twitter to 'Alex Miller Love Island', in case you can't remember why you followed him in the first place

I'm sure all of his 570 followers appreciate the clarification.

When asked if Megan would stay loyal, Sam told The Sun: “Inside the villa yes, outside no!” He explained: “She’s been coupled up a lot in the villa. One of the problems is his age. He’s much younger. She’s a party girl. Those types of things could cause her to be disloyal.”

Well it's true, she might see how young Wes' mates from home look and run.

Great laugh at the Orange Tree for @jordybinns08 birthday ! ?

Cara from Season Two tweeted "It's not real but they convince you it is major head fuck" last year, before she deleted her tweet. 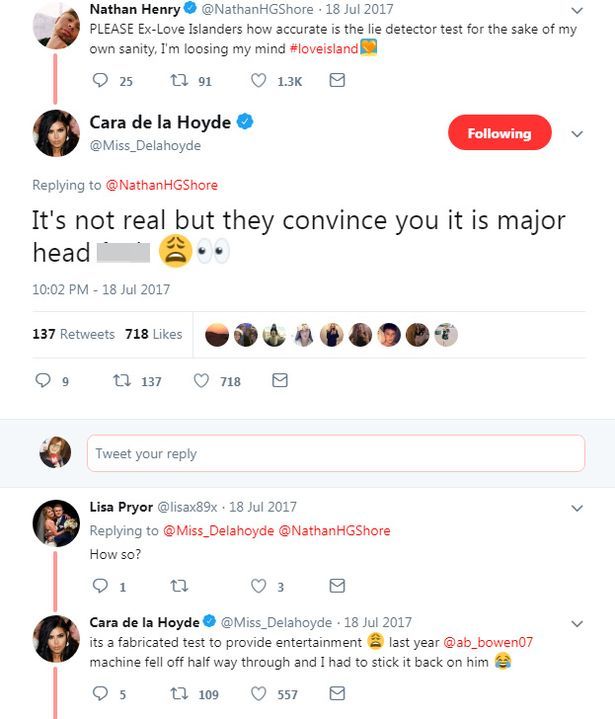 And Kady tweeted about it this year saying: "Oh you guys actually think it's a legit lie detector?" Hmm. ?

Caroline Flack's ex-fiance has moved out of her house yesterday

Andrew Brady was pictured carrying out suitcases full of stuff from her flat in London on Tuesday. He was also seen taking hangers full of clothing and a TV and packing it all in a van. After he packed all of his items, he left with their pet dog.

It was just Zara, their friends and him in MOKA Crawley last night. Oh and the DJ of course. Watch his Instagram story for proof. 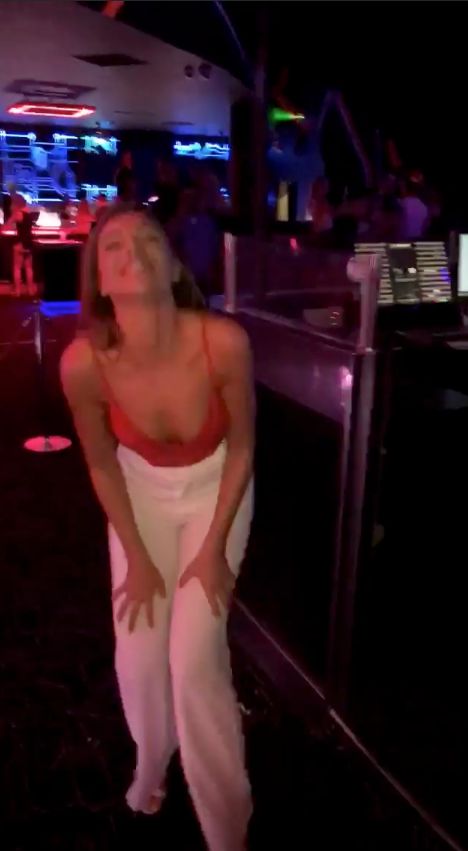 ITV has sold the Love Island format to seven countries!!!

Which means there are going to be seven different Love Islands to watch all year!! ITV also said Love Island, which airs on ITV2, has achieved the second-highest audience on a digital channel. Ever.

According to sources from Devon, she's only ever had casual flings with boys at home.