Here is what actually counts as ‘living in London’, decided by the number of Prets

Don’t even talk to me about ‘Greater London’

People who live outside of London hate everything about it. People who live there probably do too. The pollution, the masses of people, the £5 pints and extortionate.

There's only one thing worse than London, people who say they live there but don't.

Bromley isn't really in London, neither are places like Twickenham or Enfield. But what about places slightly closer, like Ealing or Croydon? They don't feel like they're London but it's hard to prov.

Pret a Manger is the most London thing going, since not saying thank you to the bus driver at least. Londoners live and breathe the sandwich chain, it's all that keeps them going while being good little cogs working in the big smoke.

By plotting every branch on a map and then figuring out the population per Pret for each London borough, we can finally figure out once and for all who's actually living in London and everyone else just living in an overpriced suburb. 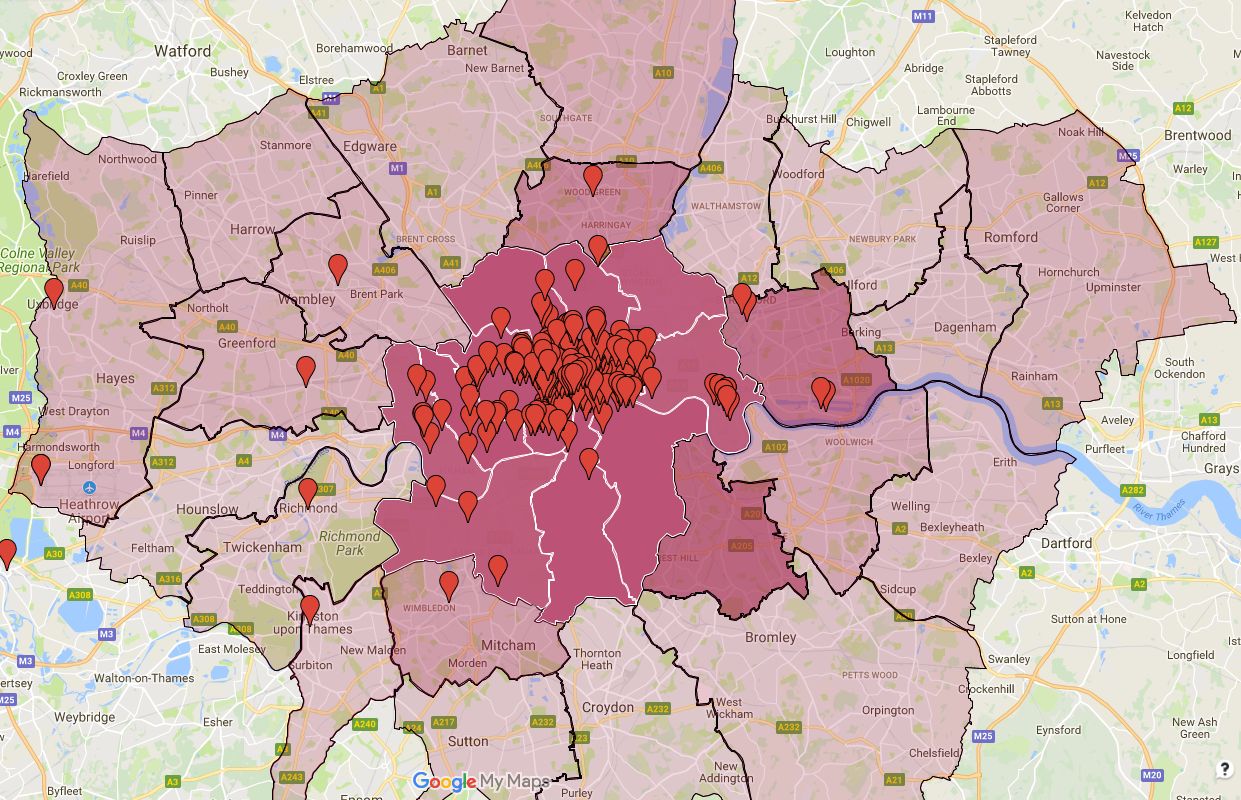 We plotted the location of all 241 Prets on a map of London to make the real boundary of what is London, constructed entirely out of Falafel & Halloumi Hot Wraps.

Less than 100,000 people per Pret a Manger is the benchmark to distinguish whether you live in London. Any more than that and you would probably be more than a 10-minute walk away from your nearest Coconut Flat White. You're happy to queue until the door of Pret for your morning Bircher Muesli, but not round the block. That would be an inconvenience too great to bear for any true Londoner.

With this limit set, we can now re-draw the boundary of London and it's new surrounding suburbs, based on which London boroughs have greater or fewer than 100,000 people per Pret.

Our investigation reveals only 11 of the 32 boroughs, plus the City of London, can truly say they are Londoners. The City of London, with its large commuting population has a tiny 214 residents for every Pret, followed next by Westminster and Camden. Boroughs such as Hackney, Wandsworth and Lambeth also just made the cut.

On the other hand, the residents of boroughs such as Newham, Greenwich, Lewisham and Croydon will be dismayed to hear they officially no longer live in London. Their lack of love for Pret means when they meet new people they'll have to say they live near London, or in Greater London, when asked where they're from.

A staggering 12 London boroughs don't even have a single Pret within their territory, and a further seven only have one store.

Wandsworth managed to sneak into the top ten of Pret lovers despite only having four Prets, with a ratio of 77,000 residents per store.

If you're thinking of moving to "London", you now have to consider more than just sky-high rent prices. If you don't have a smattering of Prets nearby it's likely you're paying through the nose to not even live in London.