The mud, the blisters, the penne pasta cooked under torchlight: the Duke of Edinburgh Bronze Award was a formative moment of young adult lives.

The weirdest thing about Duke of Edinburgh was that no-one could really be bothered to do it, but everyone did anyway. It was the event of Year 10.

It was totally unnecessary and wholesome in equal parts. Here's every single excruciating moment all of us across the land encountered on DofE:

FIRST THINGS FIRST, WHAT WAS THAT SESSION BEFORE YOU LEFT, TEACHING YOU HOW TO PACK YOUR MASSIVE RUCKSACK?

One you wished you'd paid attention to, after stupidly packing something essential at the bottom of your bag. 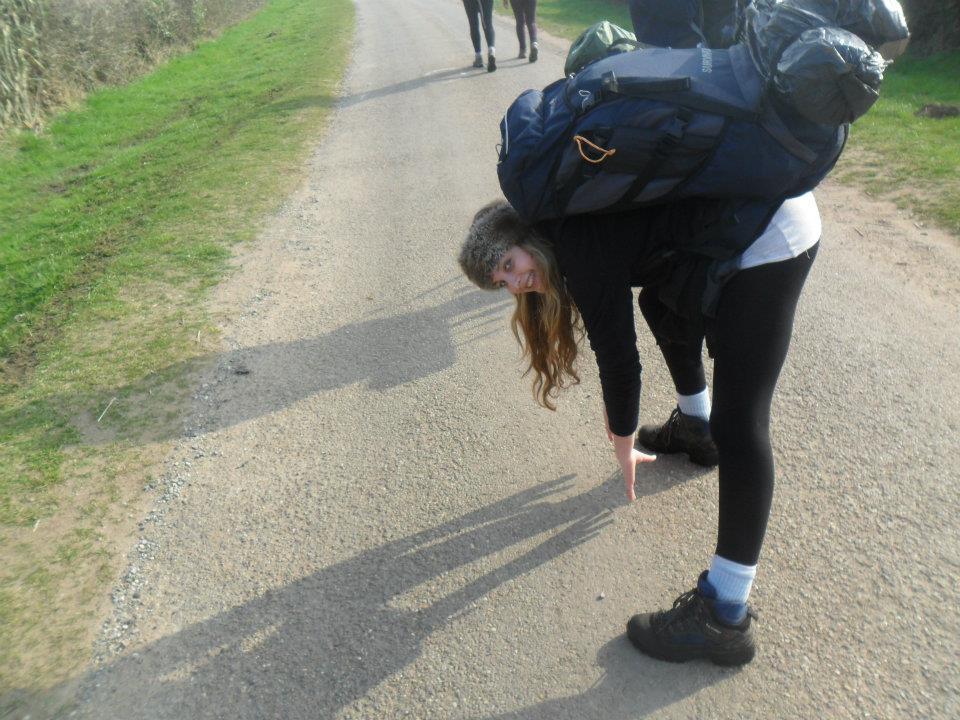 Which is obviously the perfect preparation for replicating it in a muddy field, when it’s raining and the night is creeping in.

A PRACTICE EXPEDITION WOULD TAKE PLACE THE MONTH BEFORE, WHERE YOU'D GO TO A QUARRY FOR THE AFTERNOON AND USE A MAP AND COMPASS TO NAVIGATE ALONG THE ONLY FOOTPATH IN THE AREA

Which, btw, did NOTHING to prepare you for the real thing.

They were relatively normal, a best friends perhaps. You’d trust them with secrets, laugh with them every day at school, but on DofE they’d become an absolute monster. 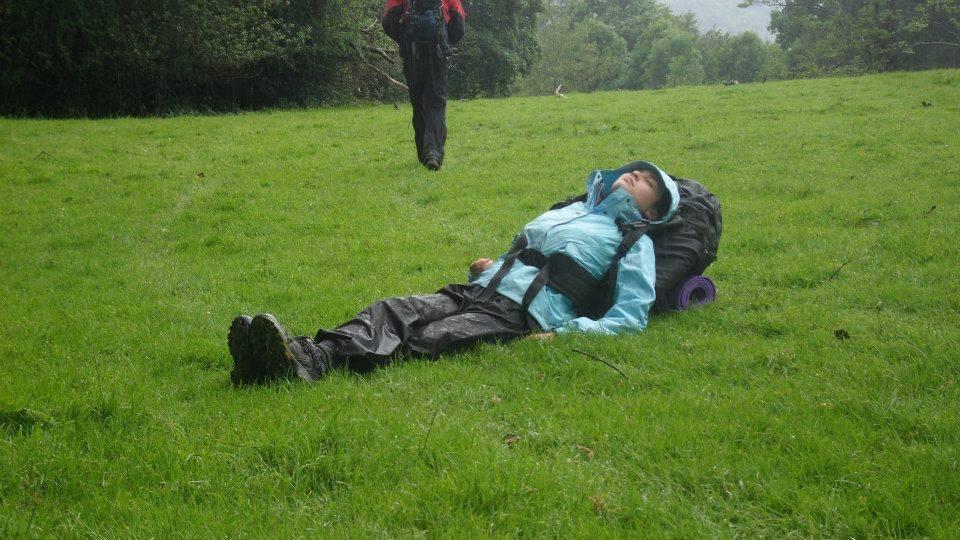 And suddenly you felt like you had lost a limb, vulnerable and disconnected from the world.

No-one wanted them to be in charge, but they snatched the map and compass out of the teacher's hand, despite being absolutely useless at navigating.

They were hated by everyone but no one could be bothered to challenge them for leadership. Sometimes you just want a quiet life. 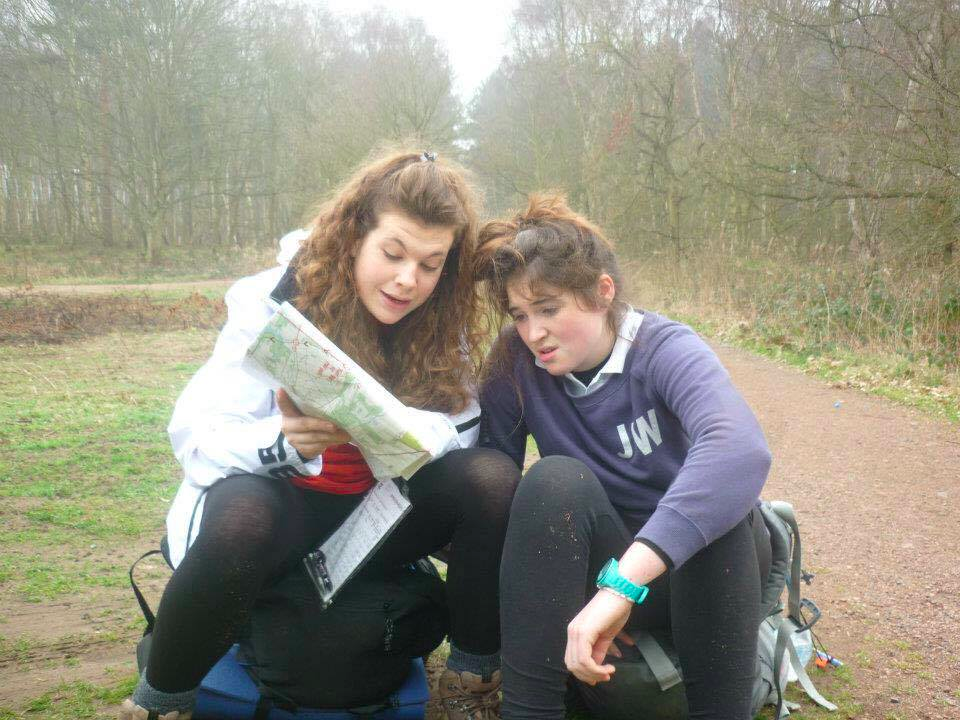 AN HOUR IN, THERE WAS ALWAYS A GROUP OF GIRLS THAT GOT PICKED UP BY THE MALE TEACHER DRIVING THE MINIBUS

They would spend the day driving around in the minibus, the envy of all the other groups, and arrive to camp super early, with their tent all set up already, with help from the teachers of course. 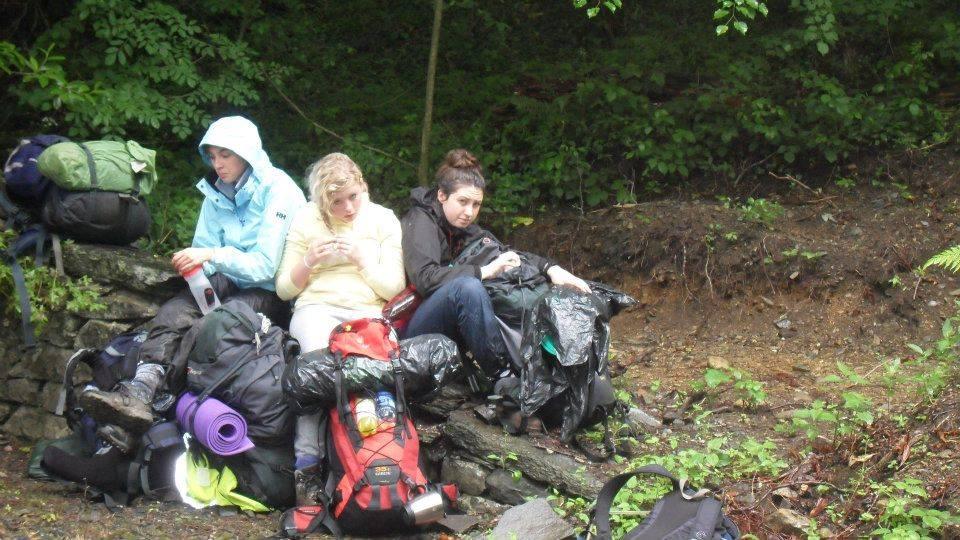 They were just doing it for attention or because they wanted an excuse to take more breaks. Your blood would boil watching them fake a limp for hours on end.

They would just claim they "felt really ill" and mope about until even the teachers got so sick of them they would drive them home.

They had all the gear and no idea. You would have felt sorry for them if they weren’t so posh and would be going back to their mansion of a house the next day. One night “slumming it” in a tent wouldn’t do them any harm. 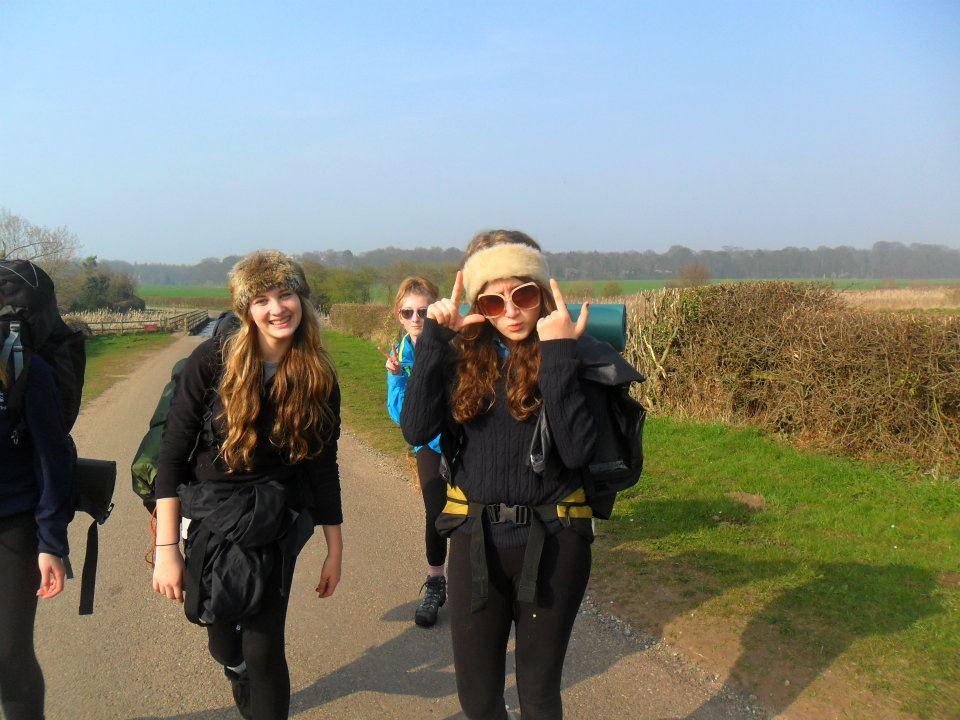 Inevitably called Harry or Max, they were the types of kids who were easily bored and distracted. Why stick to the trail when one can wander through fields until eventually they stumble across a bull and get chased across a few paddocks fearing for their life?

SOMEONE WOULD FORGET TO CLOSE THE GATE ON A FIELD, SO A SMALL-SCALE COUNTRYSIDE EMERGENCY WOULD TAKE PLACE AND THEY'D GET BOLLOCKED BY A TEACHER

A herd of sheep would block the road. How did they get there? The group in front forgot to close the gate to a field (a cardinal sin in the countryside) and now they were running amok. DISASTER. 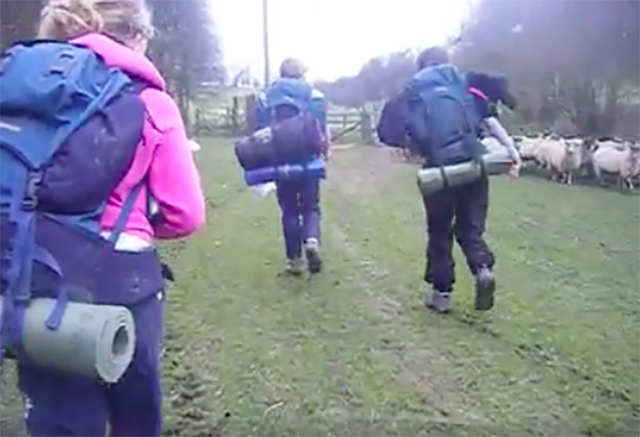 THERE WAS ONE UTTERLY GRIM PERSON, WHO WOULD ASTONISH EVERYONE WITH JUST HOW LOW THEIR STANDARDS OF PERSONAL HYGIENE WERE

They wouldn’t even attempt to wash for the whole weekend and then if they needed the loo probably shit on the side of a footpath. 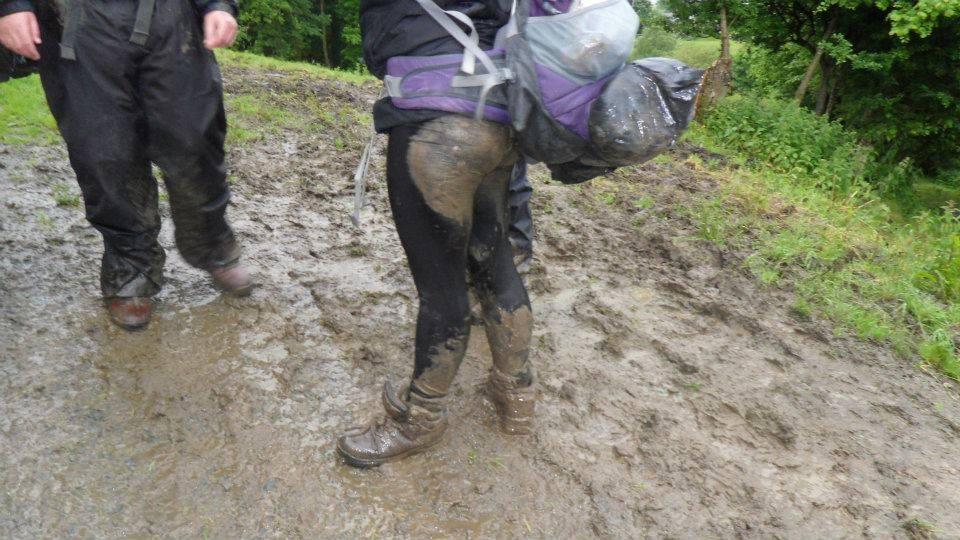 AFTER GETTING LOST YOU'D TURN UP IN THE DARK, STILL HAVING TO PITCH A TENT AND COOK DINNER

Despite telling everyone you were going the wrong way, the stubborn person with the map was adamant they were right and after two hours of walking in the wrong direction, you’d somehow get the blame for not having strong enough convictions. 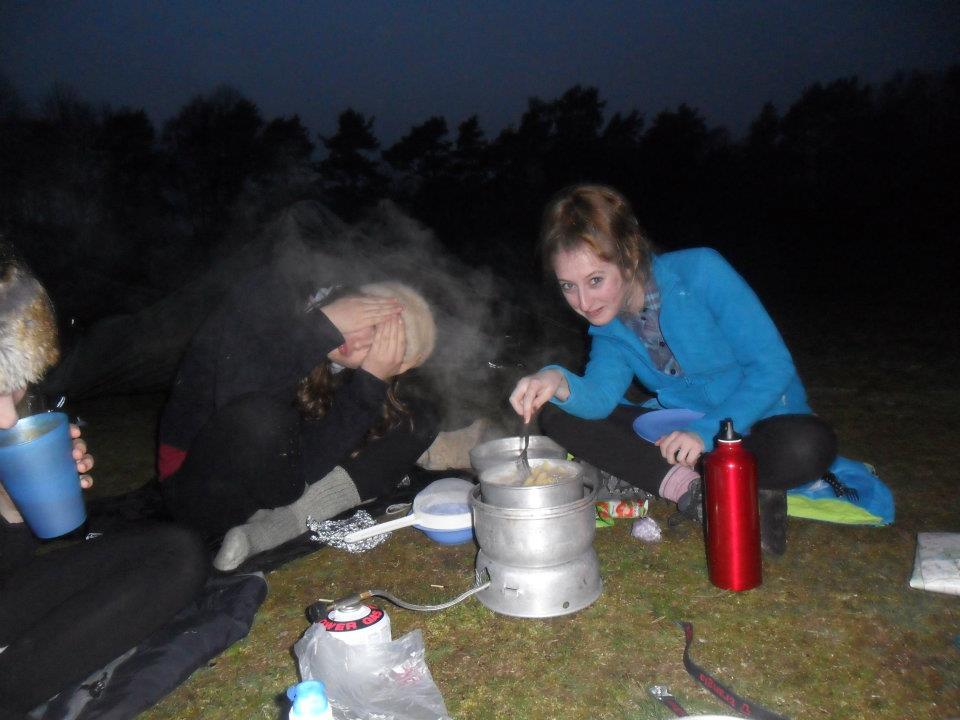 ALL THE VEGETARIANS WOULD MAKE AN ABSOLUTE FUSS ABOUT BEING VEGETARIAN

“No Greg, you can’t mix the pasta with the pasta sauce because it’s got bits of meat in it, do it separately!” 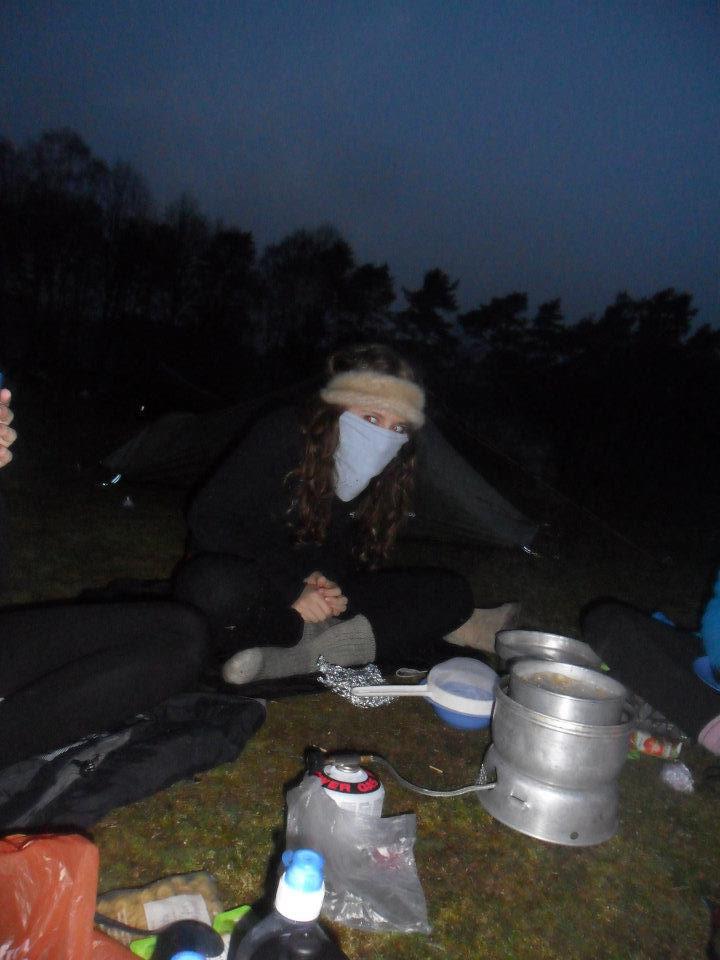 THE TEACHERS WOULD STAND BY, ARMS FOLDED, CHUCKLING TO THEMSELVES ABOUT HOW USELESS ALL THE STUDENTS WERE AT EVERYTHING

They really didn’t want to be there, but they also couldn’t help but enjoy their students make a complete mess of themselves, especially when it came to putting their tents up and trying to make a somewhat palatable meal.

IN THE MORNING YOU FOUND OUT YOUR TENT WASN'T WATERPROOF AFTER ALL, BECAUSE IT RAINED ALL NIGHT AND IT ALL LEAKED IN

At which point you didn’t know whether to laugh or cry. 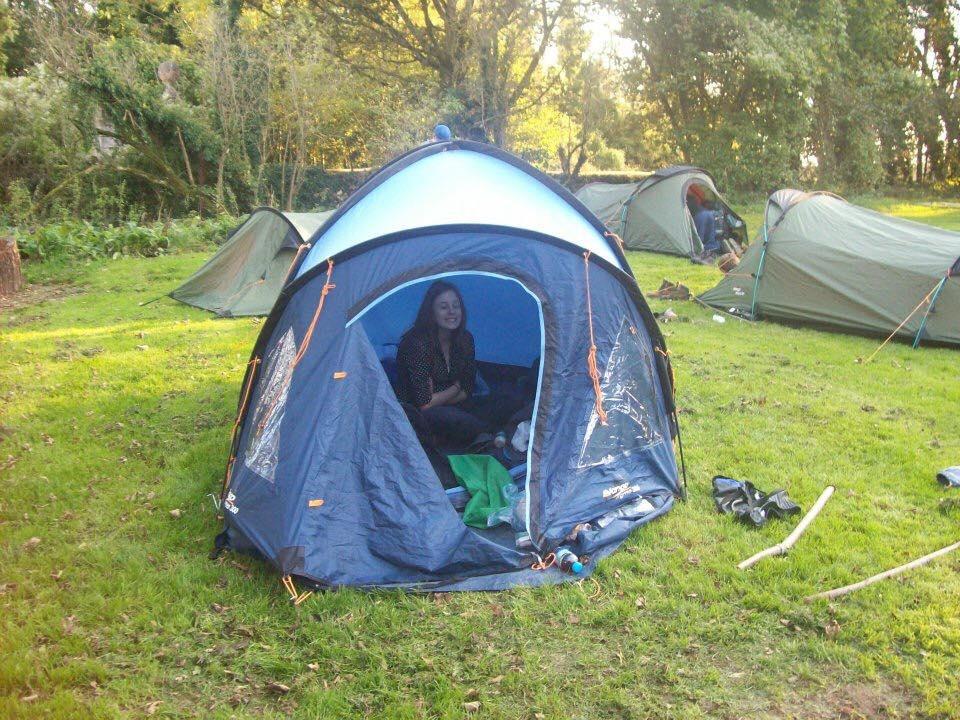 YOUR TENT AND SLEEPING BAG WOULD BE EXPERTLY PACKED BY A TEACHER OR A PARENT, BUT WHEN IT CAME TO PACKING IT BACK IN, IT JUST WOULDN'T FUCKING WORK

It was at this precise moment you decided that bronze DofE would be enough. Fuck doing silver or gold. 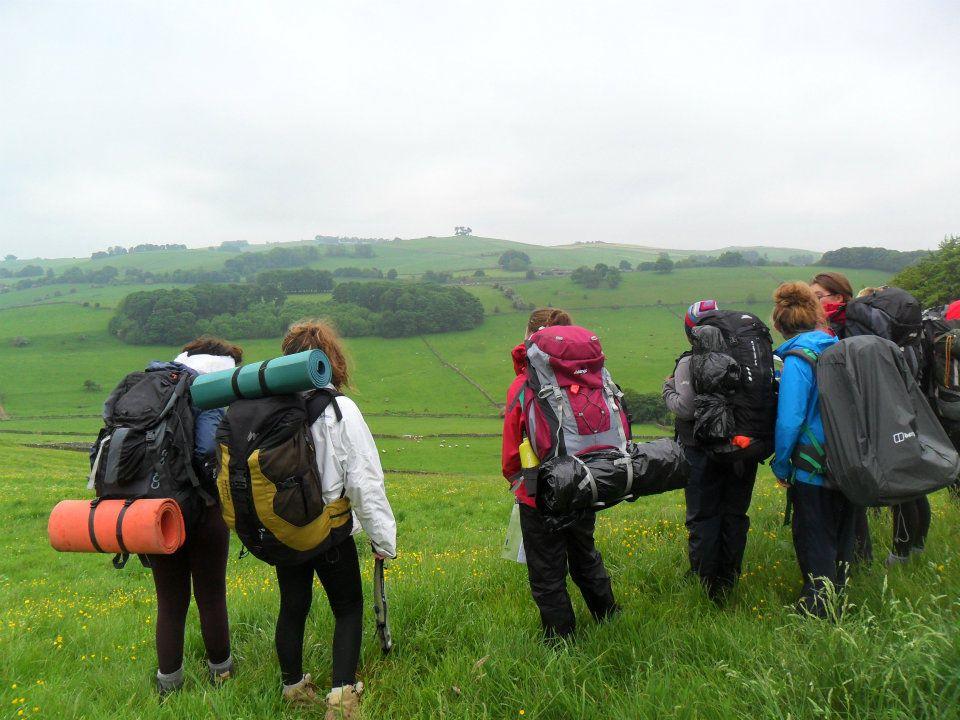 It was impossible for even the fittest girls in school to look attractive in hiking boots and waterproof trousers. DofE definitely saved everyone a lot of heartache. 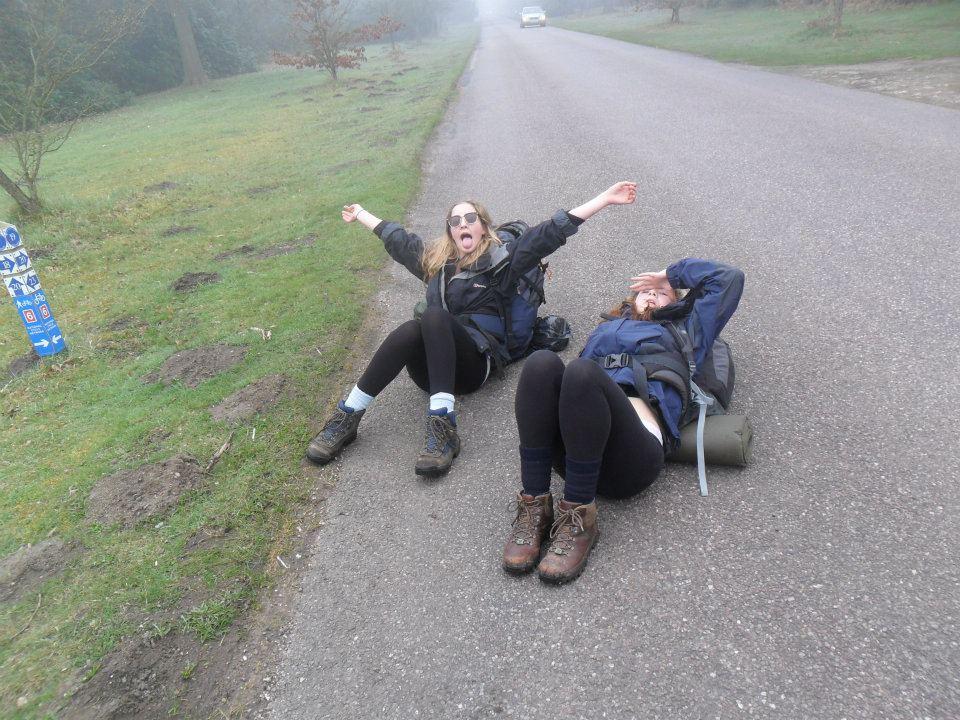 YOU'D ARRIVE HOME ON SUNDAY EVENING LIKE A WAR HERO, NO ONE KNEW WHAT YOU HAD BEEN THROUGH

When you were asked to do anything remotely physical, you would keep showing the life-threatening blisters on your feet.

EVERYONE WOULD BE WEIRDLY COMPETITIVE ABOUT ARRIVING BACK FIRST

Even though none of you went on the same route, there’d be no greater shame than arriving last. 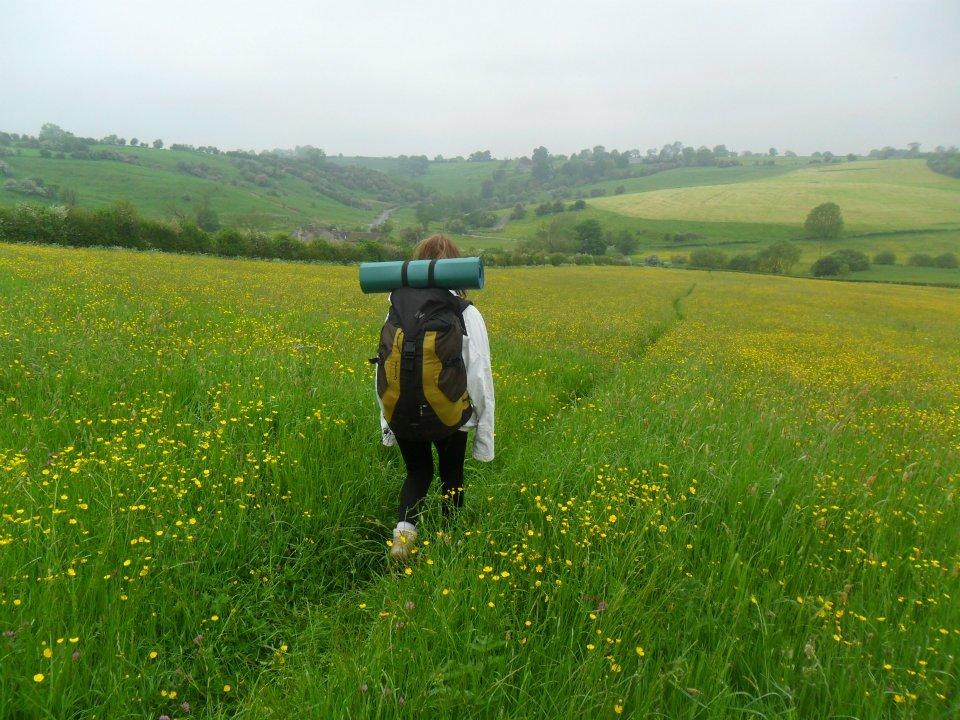 They would get lots of abuse at school but the countryside somehow provided so many more opportunities to roast them.

Why did anyone think they'd need twelve Nature Valley bars or six packets of biscuits? 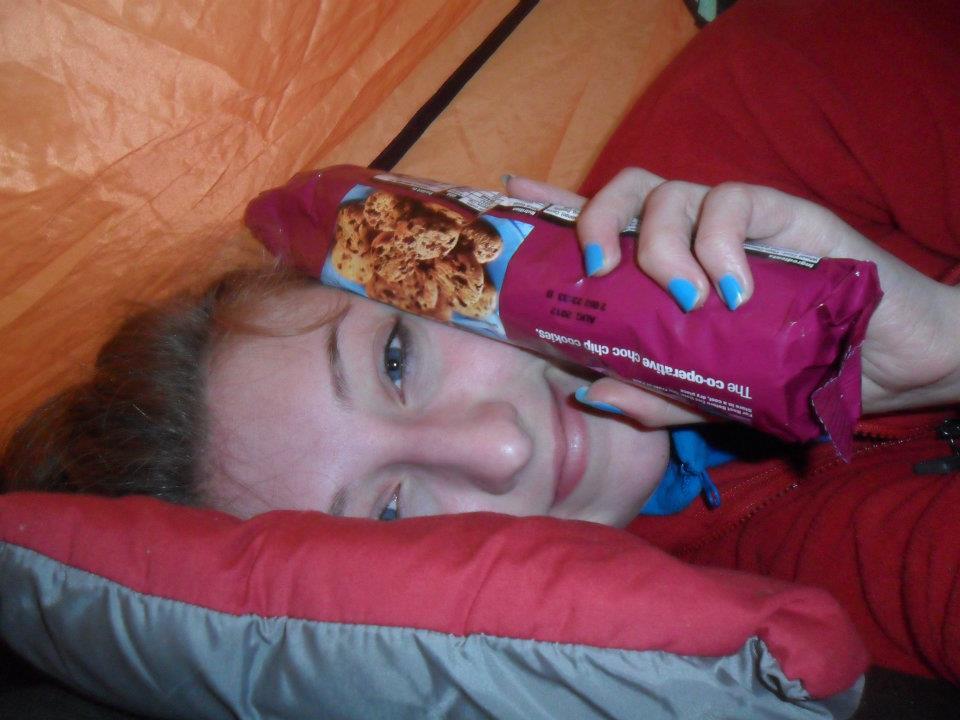 THERE WOULD ALWAYS BE ONE PERSON, CONSTANTLY TRYING TO STOP FOR A BREAK AND LONGING IT OUT MASSIVELY 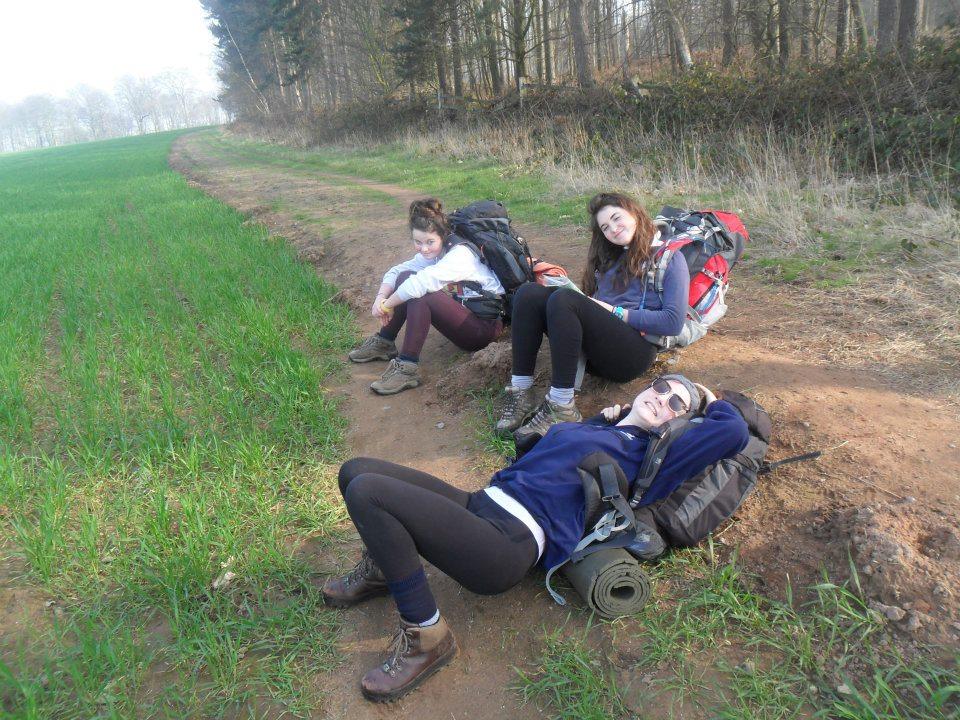 But then it would be so much more painful putting your bag back on, knowing this experience wasn’t anywhere near the end.

How best to prove that you are the most massive of all the massive teenage man-children? Find a huge fuck-off stick to use as a walking stick as you trek across the South Downs. 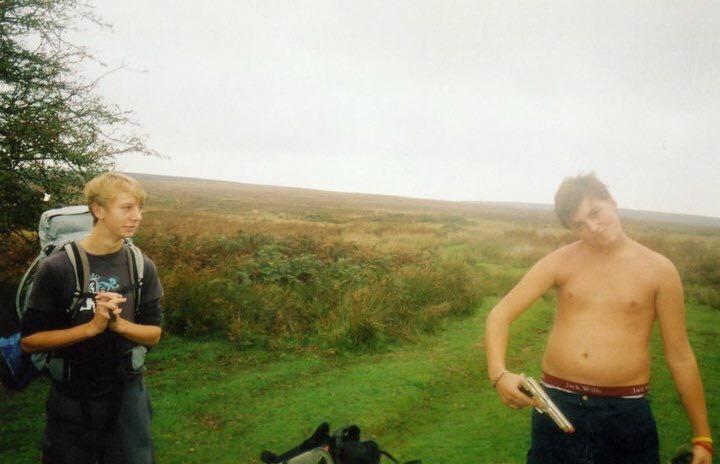 AS A GIRL, IF YOU HAD THE UNFORTUNATE EXPERIENCE OF BEING ON YOUR PERIOD, IT WAS ABSOLUTELY HORRIFIC

You were moody, had cramps and were worried about leaking all day.

But one person would fall in and get soaked, eventually developing trench foot. 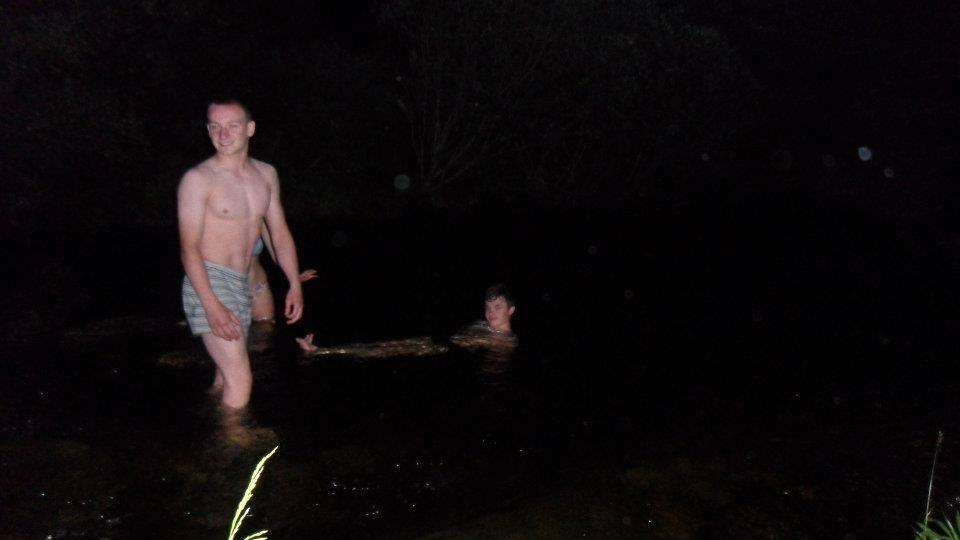 Like going off the designed paths and climbing trees. THE HORROR.

You’d spend longer trying to figure out where the blue and grey paths met up so you could happen to bump into Livi’s group, than time spent planning how you were going to get to camp that evening.

All you wanted was some nice quality time outside the classroom in the great outdoors. You could put in some proper graft without any other distractions and prove how manly you were at the same time. It was a foolproof plan. The perfect way to spend your DofE weekend. 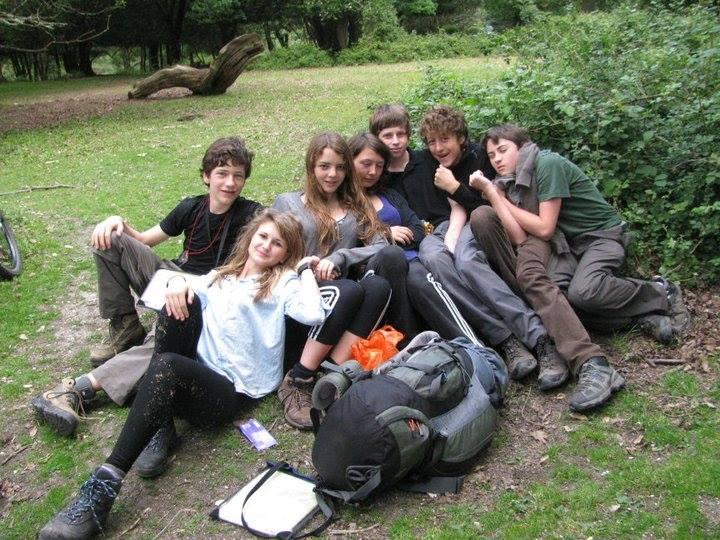