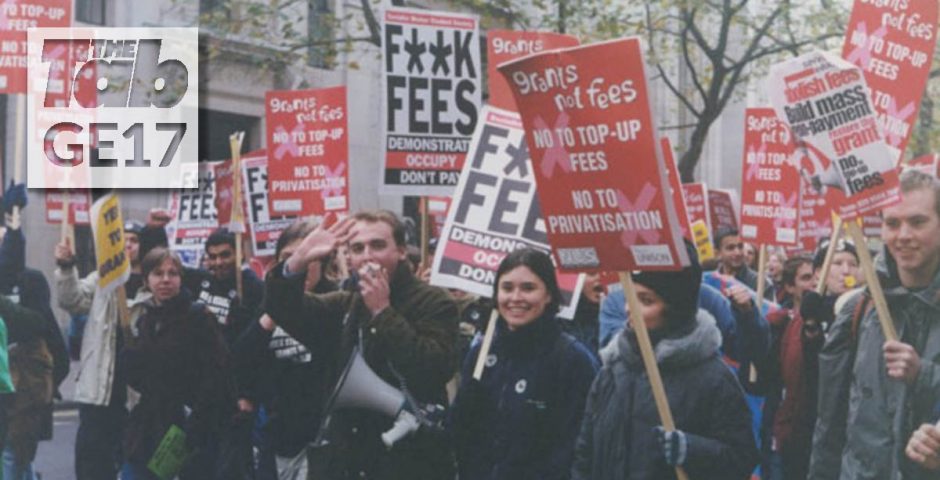 An unexpected hung Parliament has got pollsters, pundits and the public all scratching their heads. It’s young people, they’re saying, wot won it.

But it’s more than a few predictions that have been turned upside down by a record youth turnout – it might just be the state of British politics.

If this exit poll is correct it will be down to youth turnout. And if that is high then UK politics has changed forever.

Rumours have it that 72 per cent of young people turned up and put a cross in a box yesterday. When compared with 40 per cent in 2010 and 43 per cent in 2015, these rumours need only to be roughly accurate to represent nothing less than a surge in young people giving a shit.

More people voting and having their views heard and their interests represented looks like a good thing, whichever way you slice it. But beyond strength in numbers, if this signals the start of young people being truly engaged, then it’s the start of a big shift in British politics.

Turn up for what?

Low youth turnout has become not only a well-worn trope, but a vicious cycle. With no policies that particularly grab young people, we just won’t turn up and vote. Then, when that happens, of course nobody bothers to try and win over a group who aren’t going to vote.

It’s a pretty well-established pattern, with some very obvious examples. Look at the tuition fees debacle for all the proof you need of a demographic who nobody minds if they piss off. Of course they can raise the interest rate.

What are we going to do, vote?

Groups who traditionally vote en masse find themselves on the fortunate side of these spending decisions. The triple-lock, a guarantee that pensions will constantly rise, is estimated to cost £45 billion over 15 years.

Generous promises on pensions are such a sure-fire vote winner because old people vote in staggeringly high numbers. 90 per cent of over-65s voted in the EU referendum. It’s little surprise that when push comes to shove, young people lose out.

If the numbers from today are true and enduring, then the cycle is broken and the trope can be retired.

'Would have gotten away with it if it wasn't for those pesky kids…' #GE2017 pic.twitter.com/s9cXYQN5ot

In a pragmatic sense, we may see much more policy going our way, but there’s also ideals that might take hold. Young people are by and large more open, tolerant, and concerned about equality and fairness. If our generation feels as though recent political results have had our vision of a future taken away, this is a reminder that the power still exists to shape it.

What’s more, a new generation of politicians is helping to further that idea. Perhaps the most famous example is the 22-year-old Mhairi Black, whose impassioned bombardments from the SNP benches don’t just rack up the shares on Facebook, but genuinely strike a chord.

Hopefully it doesn’t throw shade on Black’s personal qualities to say that she’s so remarkable partly because, as a young MP, she is rare. We may see that change. 24-year-old Ben Lake will come to Parliament as the Plaid Cymru MP for Ceredigion, and a number of under-25 candidates also stood but fell just short of winning their seats.

For all it makes you feel bad for sitting on the sofa, it’s also a reminder of what can be done.

They got us wrong

Yesterday, The Sun ran an article helping parents to stop their children from voting. It argued that “you just know they’ll do the wrong thing.” and suggested getting us young’uns hooked on “skunk” and violent video games to stop us making our way to the polling station.

It’s a slightly more obvious parody than the rest of the paper’s content, but its core image is one of a generation stuck in a drug-fuelled social media stasis, too distracted, apathetic, and naïve to make any decision, let alone the right one.

Yesterday’s turnout has proved that trope wrong, too.

Being politically engaged on Facebook isn’t just the realm of spotty freshers who comment on Facebook articles, painting themselves as martyrs for common sense as they valiantly argue for tuition fees. Videos of huge rallies, big speeches, and quick fact-checks manage to reach a vast amount of people who actually care about those things.

Messages travel, too – more young people get their politics from Jonathan Pie than from Newsnight. Yes, there are echo chambers and terrible memes, but to dismiss social media as a vacuous waste of time misses the point, and a powerful tool young people have at our disposal.

The media as a whole may also have to sit up and take notice. Pundits get it wrong a lot, but do an especially terrible job when trying to divine just what it is young people want.

Having seen the impact that a generation can make on an election, might this be a chance to actually listen to those who clearly have something to say? They won’t have to carry on relying on intuition, nostalgia, and brief conversations with disengaged grandchildren. We’ll tell them.

Busting stereotypes, changing perceptions, and having a voice that is heard may seem to be abstract from concrete change in politics. Not so. The fact that young people have engaged with politics on a scale, and in a particular way, not seen before, shows that these changes, which we understand better than any, can be a driving force in politics going forward.

Before we get ahead of ourselves and declare that politics has changed for good, remember this. Yesterday’s high turnout wasn’t an achievement, but an indicator. It’s shown that young people can get out there and make their voices heard. It’s got a lot of people wondering just what young people are about, and what we want. It’s proved that there’s a new way of doing things that works.

If we can keep it up, we might be on to something.