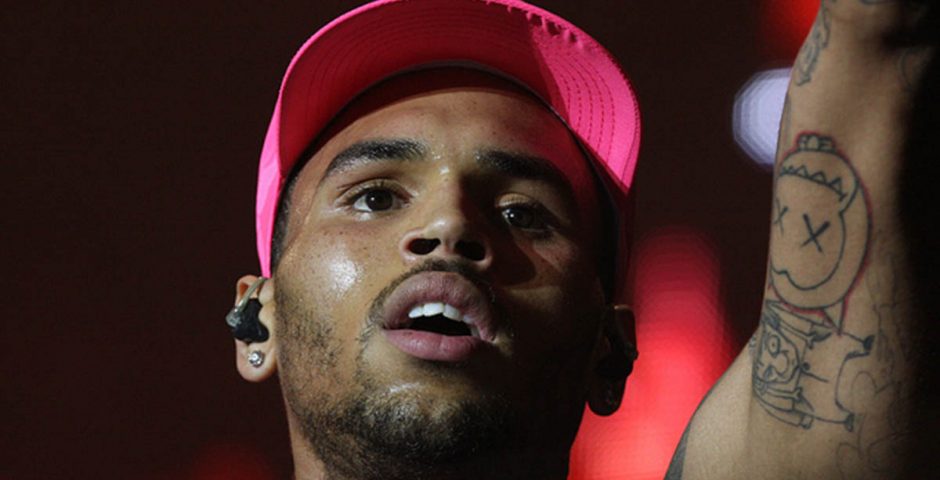 Luckily, the internet is here to tell him how ridiculous that idea is

You know Chris Brown? Singer, actor who killed ratings on Black-ish with his ill advised cameo, man who did this to Rihanna? Well you may not know that actually he is also a documentary maker. 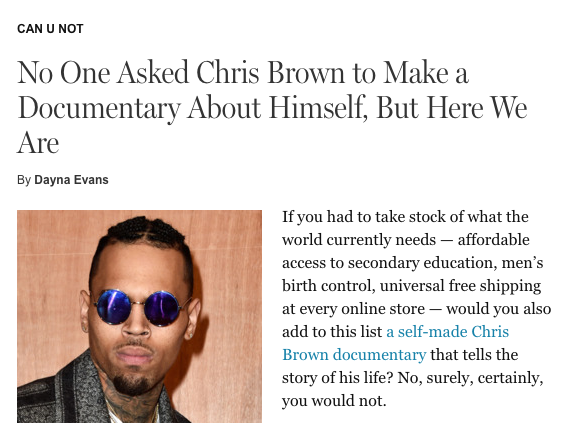 Since last year Brown has been plugging away at his self-made documentary entitled “WELCOME TO MY LIFE” which he says is a chance to tell his own side of the story regarding his past abusive relationships with ex-girlfriends Rihanna and Karrueche Tran. 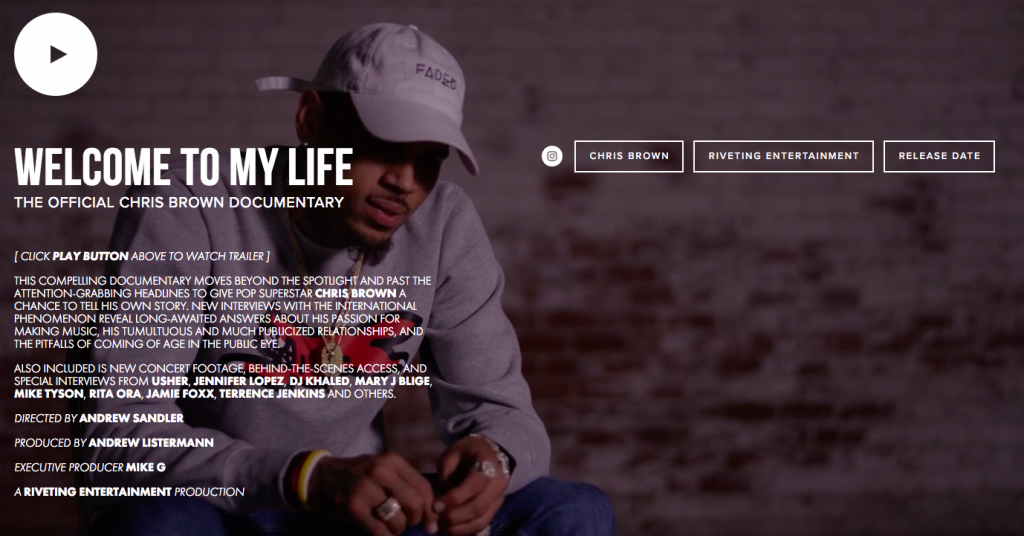 A website for the project describes it as a: “COMPELLING DOCUMENTARY THAT MOVES BEYOND THE SPOTLIGHT AND PAST THE ATTENTION-GRABBING HEADLINES TO GIVE POP SUPERSTAR CHRIS BROWN A CHANCE TO TELL HIS OWN STORY.”

It’s all in capitals, not sure why. Although Brown released the trailer for his documentary a year ago this month on Vimeo, his inexplicably loyal fans are now getting antsy over the release date for the film – especially as he teased the date he’s dropping his album with a tweet that “THIS SUMMER IS ALL ABOUT THE WOMEN” – with one fan writing “I will never stop loving and supporting you Chris”.

@chrisbrown WHERE IS THE DOCUMENTARY

So hyped for the Chris brown documentary oioi

I know, right, it’s infuriating. Luckily though, with Brown teasing the release of new material, he’s stirred up a new wave of revulsion in his decision to turn a domestic abuse case and felony conviction for assault into a creative project. In an article published this weekend, Affinity, calling the documentary “tales of a highly praised serial abuser”, writes: “It’s a chance to tell his own story – how different can his story be compared to his ex-girlfriends’ stories?

“He, the assailant himself, has turned himself in to police in 2009 when he had physically abused Rihanna in the duration of their relationship. Anyone would think that he knew what he’s done is wrong considering that he knew he had to right his wrongs and that he would rid himself of the temptations to hit a woman, but this was not the case.”

And inevitably, Twitter has dragged the very idea of 2017’s very own “If I Did It” creative endeavour with ruthless efficiency.

The necessity for a Chris Brown documentary is not there at all. We all know what happened bro. You pieced her up

me: *omg i think we could be friends*
person: so yeah anyways, i'm so excited for the new chris brown documentary!
me: pic.twitter.com/rmdYajWYsY

a chris brown documentary is highly unnecessary and unwanted

Y'all really tryna to make this Chris brown documentary happen. I ain't wid it. He's trash , next!

How has the dumpster fire that is Chris Brown gone and had a documentary filmed to make us feel sorry for him omg ????

The release date for documentary where Chris Brown tries to convince us he’s actually super sorry and to hear his side of the story, has thankfully not been released yet. So for now we don’t have to put up with it. But given that in February this year Brown’s girlfriend filed a restraining order against him for threatening to kill her and that people are currently still pay to see him on a world tour, it doesn’t inspire a huge amount of hope for the excuses he’s gonna wheel out in his caps lock disaster of a film.