‘Be on the right side of history’: Thousands of students across the UK march against Trump

In a series of emergency demos, thousands of students turned out against Trump’s proposed state visit to the UK last night.

Stretching from Scotland to the South coast, people held signs calling Theresa May spineless and accusing the Prime Minister of condoning the new President’s ban. Placards were brandished calling Trump a nazi and a sexist, telling him to “get tae fuck” and to “keep his tiny hands away from our democracy”.

President Trump has currently banned people from Iraq, Syria, Iran, Libya, Somalia, Sudan and Yemen, which are all Muslim countries, from travelling to the US for 90 days. Over 1.5 million people have now signed a petition to stop Trump’s state visit,

Sabrina Steuer, a first year student at Durham who travelled to Newcastle for the protest, told us: “I’m a woman, I’m an immigrant, I’m exactly the kind of person that Trump would hate. I have a responsibility to come out and show my solidarity with all the people that he’s hurting with his bigotry and his ill-thought ideas.”

Edinburgh’s protest attracted 3,000 people, making it second only to Londoners who lined Downing Street. In Cardiff Theresa May’s planned visit was met with protest during the day, and members of Amnesty International joined the demo on Warwick’s campus. 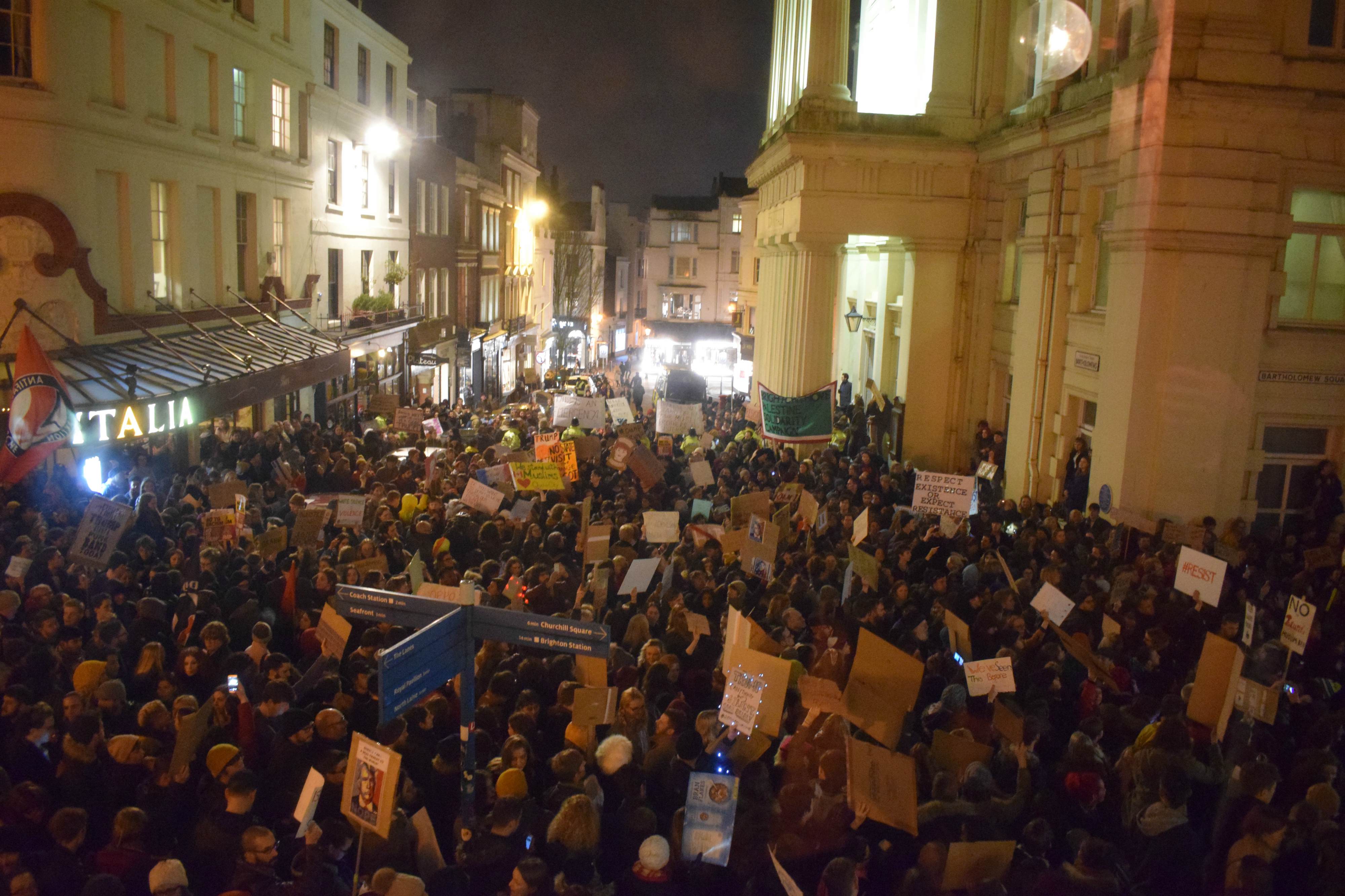 The mass protest in Brighton

Organisers in Brighton, where hundreds lined the streets, told us: “We need to stand up to hatred and fascism and Theresa May cannot speak on behalf of all British people. We’re hoping the protest and the speakers will encourage people to speak up and stand up.”

Malaka Mohammed, a student at Exeter who organised their march, has not been able to return home for four years to Gaza. Tearfully she told us she was “here today because I know how it feels to have your rights to be with family and friends at home taken away from you…we are here tonight because refugees are welcome and they should be welcome.” 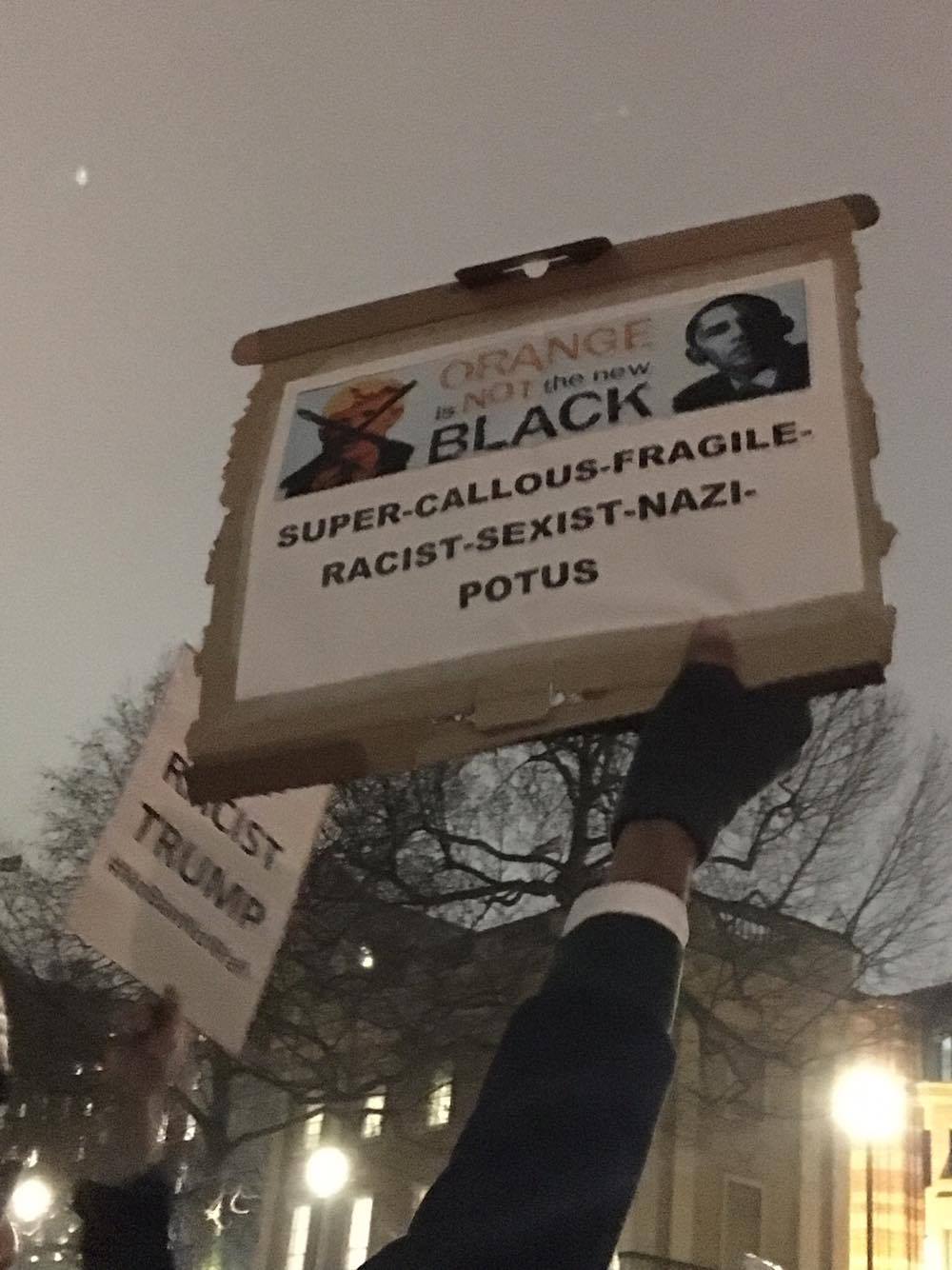 More marches were planned for February after a successful demo in Birmingham which brought together representatives from the Yemeni, Somalian and general Muslim populations as well as LGBT and Student Unions.

Demos even stretched to St Andrews, where one protester held a sign saying: “You know it’s bad when it’s protested in St Andrews.”