Huge turnout for Scotland Against Trump march in Edinburgh

Over three thousand people took part in Scotland Against Trump’s march in protest of the Muslim Ban earlier today, according to estimates.

It comes after newly-elected US president Donald Trump imposed a 90-day travel ban for nationals from Iran, Iraq, Libya, Somalia, Sudan, Syria and Yemen, as well as bringing to an end the US refugee programme.

According to the event, hosted by Scotland Against Trump, it was to be an “emergency demo and march to the Scottish Parliament in solidarity with US protests against the racist and xenophobic ban on Muslims announced by Trump.” 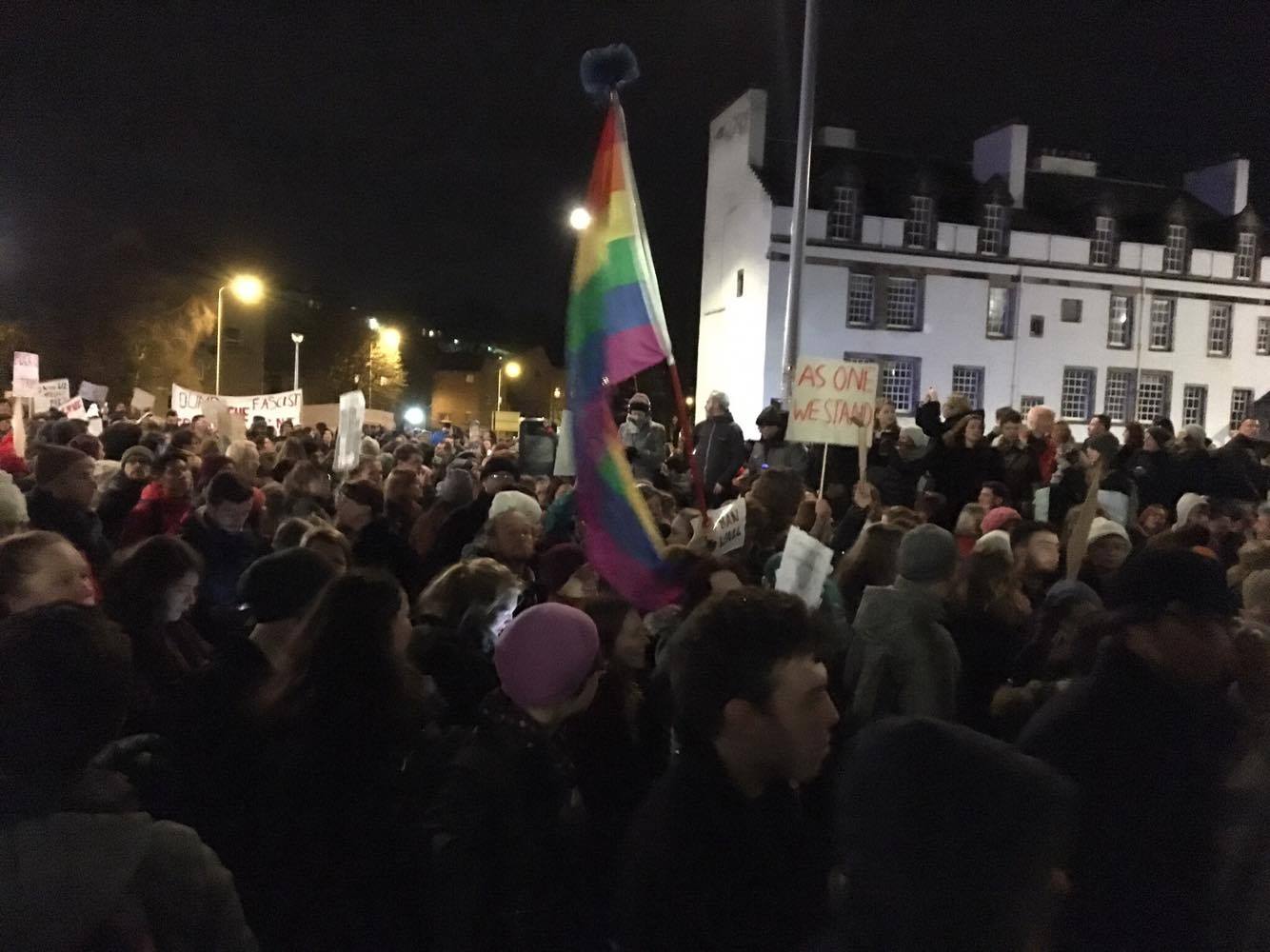 The gathering, which assembled next to the Scottish National Gallery, on the Mound, heard from a number of speakers before moving along Princes Street, down Waverley Bridge and along Canongate to reconvene at the Parliament.

The protest comes after over 1,500,000 people signed a petition to prevent Donald Trump from making a state visit to the UK. 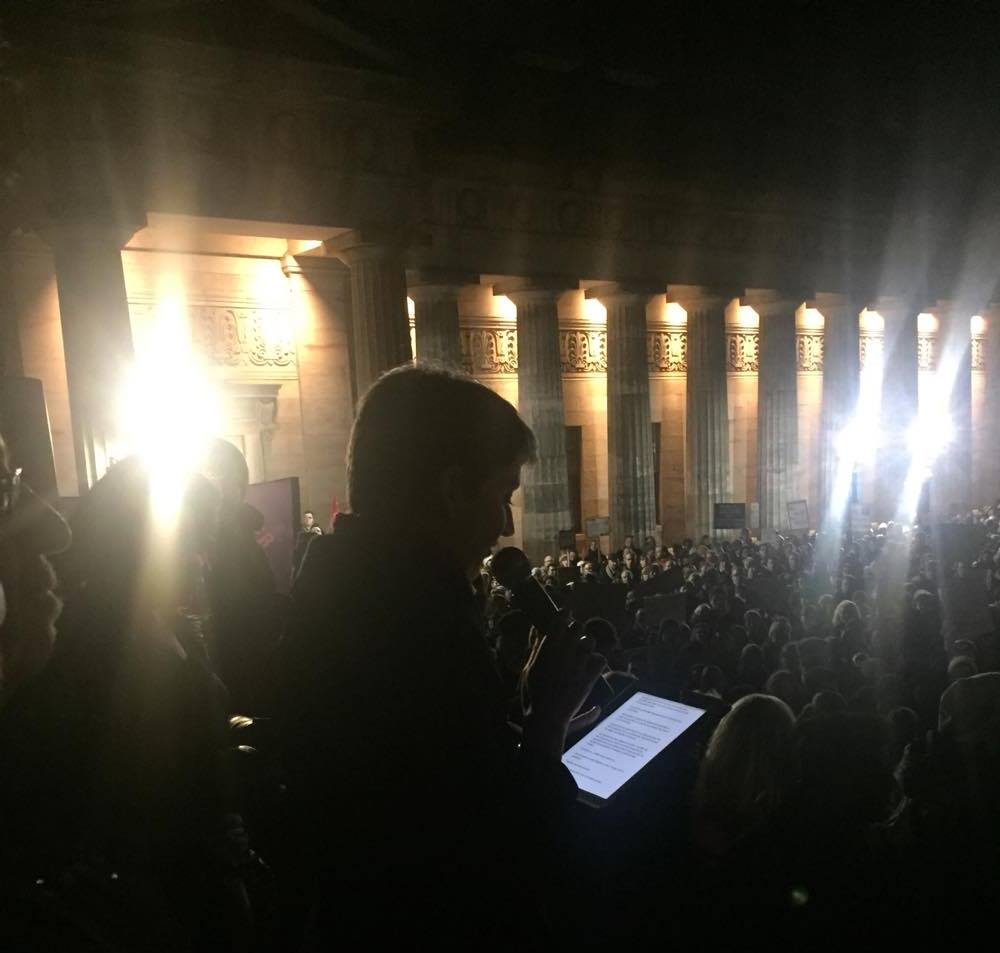