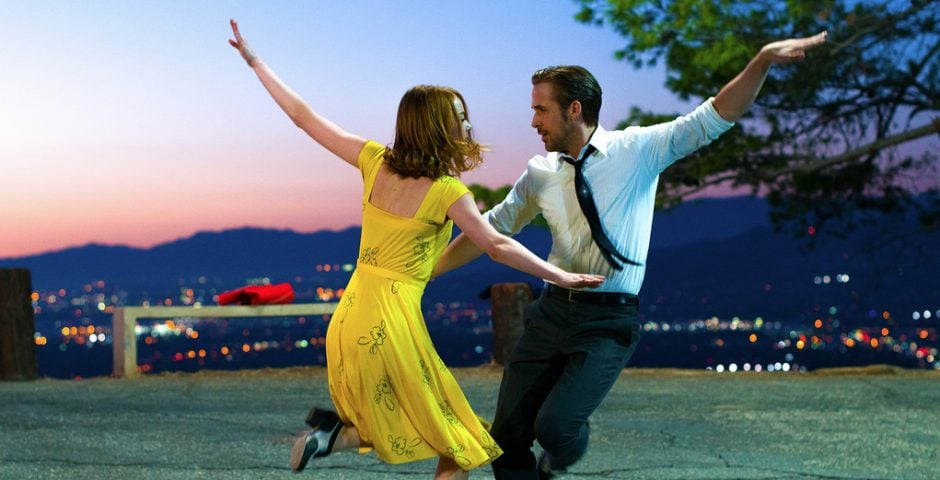 It’s been dubbed the film of the year by nearly every major film critic. Type ‘La La Land’ into Google and five gold stars, Ryan Gosling’s angelic face, the word “masterpiece” and other glorifying adjectives that basically say “this is really fucking good” flood your screen.

If that’s not enough to tempt you, it recently scooped up seven Golden Globes including best actor, actress and musical. Today the film has somehow been nominated for a record-equalling 14 Oscars.

Excited for all the foot-tapping, jazz hands, feelings of elation and the heartwarming glow you get when you finish watching a really good film, I went to watch La La Land with my standing ovation pre-planned, ready to woop and holla at such a respected spectacle.

But when the credits started to roll and the lights came on, I was sat wondering, “surely I’m not the only person in here who thought that was good, but not great.”

La La Land is the story of an aspiring actress and a jazz lover who both head to the Hollywood-esque city in hope of finding fame. They fall in love. He gets successful, she doesn’t. They break up. She gets big, moves to Paris, he opens a jazz-club. She comes back, with new husband and child, they don’t get back together.

It was soft, fluffy. Dream like – but not in the wonderland sense, more the I’m finding it hard to stay awake sense.

For a small minority of people, the whole film was a little underwhelming – we didn’t “get it”.

I feel I need to read a self-help book called: "Is La La Land overhyped or am I just dead inside?"

There were a few things that didn’t seem to work. It was sold as being a classic 40s/50s Hollywood flick, but they all had mobile phones and Emma Stone drove a Toyota Prius like an Uber driver. The whole set had a stylish retro finish, but the styling didn’t align – the women’s dresses looked like they’d been bought last minute from Debenhams like on an episode of Don’t Tell The Bride.

Were Emma Stone and Ryan Gosling meant to be average at singing? Fair enough they’re not trained, Ryan had to learn the piano from scratch and they both took dancing lessons, but if you’re going to categorise your film as a musical, surely the top criteria for your actors is to have two people who can hold a note and don’t sound like they’re recovering from a sore throat.

The dance routines, arguably one of the most important parts of the film with it being a musical, were a bit mickey mouse. They were similar to the seventh round of Strictly Come Dancing when everyone is definitely getting better, but there is still room for improvement.

Considering the film won best original score at the Golden Globes, there aren’t even that many sing-along-songs in it. Ryan Gosling’s go-to jam, ‘City of Stars’, was enjoyable the first time. It was okay the second. You were over it by the third. Every time he went to sing you thought oh look, he’s at his piano again, playing ‘City of Stars’ again bashing out the same four notes for the zillionth time. So what if he couldn’t play Chopsticks before filming, couldn’t he have had one other banger under his belt?

The real reason everyone raves on about La La Land is because of the “what if” ending – and to be fair, the final five minutes were great. But you can’t call something an “instant classic” when really it’s simply got a decent, memorable finish. Anchorman 2 has a memorable ending, but you don’t see anyone calling that a masterpiece.

So c’mon guys, we can stop pretending now. It wasn’t five stars, maybe four at best.