2 million – that’s how big Saturday’s Women’s March was estimated to be. It took place across the world, from the main march in DC all the way to Antarctica. It’s said to be three times bigger than Trump’s inauguration crowd, and potentially the biggest inauguration protest (and general protest) in American history. In London alone, 100,000 people were estimated to have taken part. But looking at Britain’s Sunday papers you wouldn’t have thought it was much fuss at all.

Instead most of them focused on Theresa May, with the Daily Mail and the Sunday Express taking the opportunity to once again compare her to renowned humanitarian feminist Maggie Thatcher. And as millions around the world rallied against Trump, the Sunday Telegraph and The Times focused on his triumph and the promise of a deal for Brexit-stained Britain from a globally reviled untrustworthy POTUS.

You could argue, of course, that it makes sense for Britain to focus on affairs closer to home. That maybe they could ignore 100,000 marching on the capital because at least they’re talking about our own Prime Minister, our own domestic concerns. Obviously American papers, like the LA Times and New York Daily News, had the protests splashed over the front page – it’s their President that everyone hates after all. 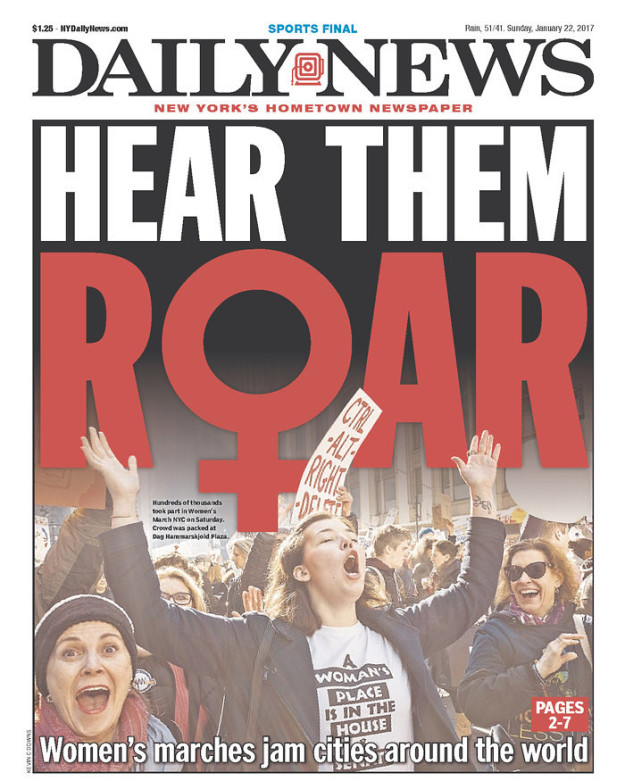 But outside of Britain global papers covered it extensively. It led the front page coverage with solidarity in Canada, Kuwait, Spain and Sweden. 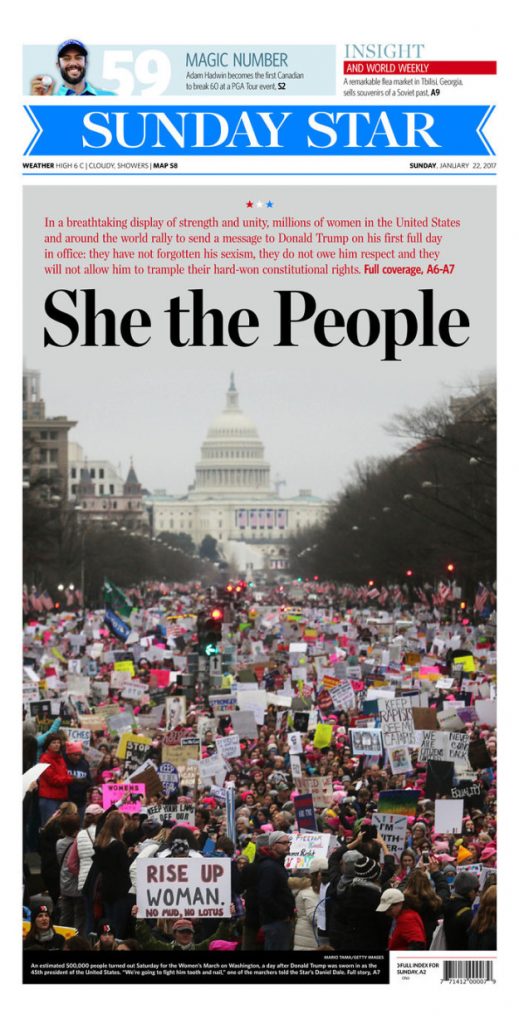 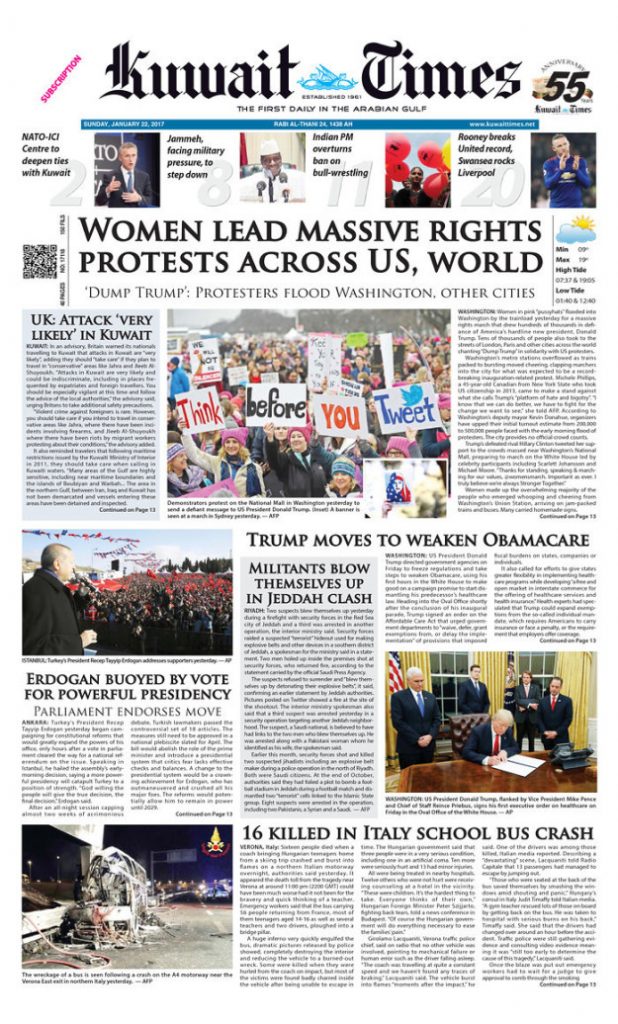 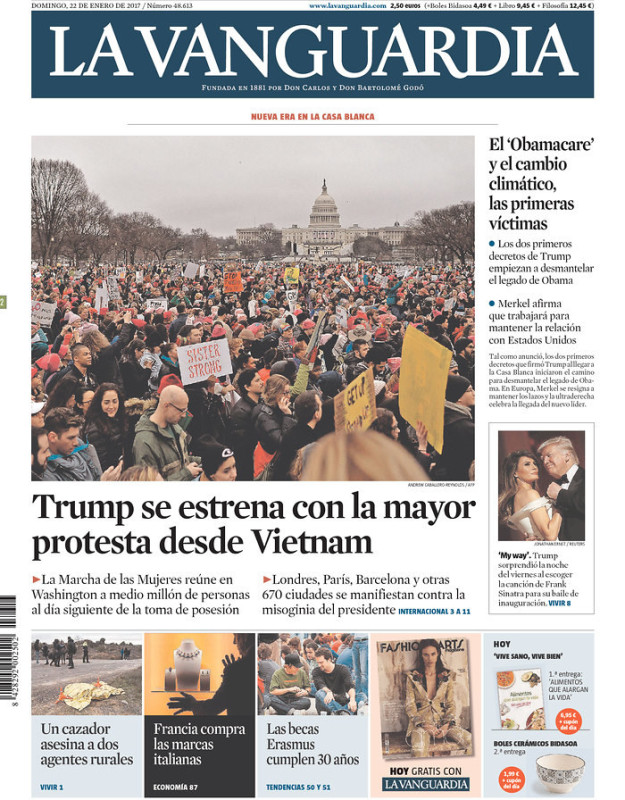 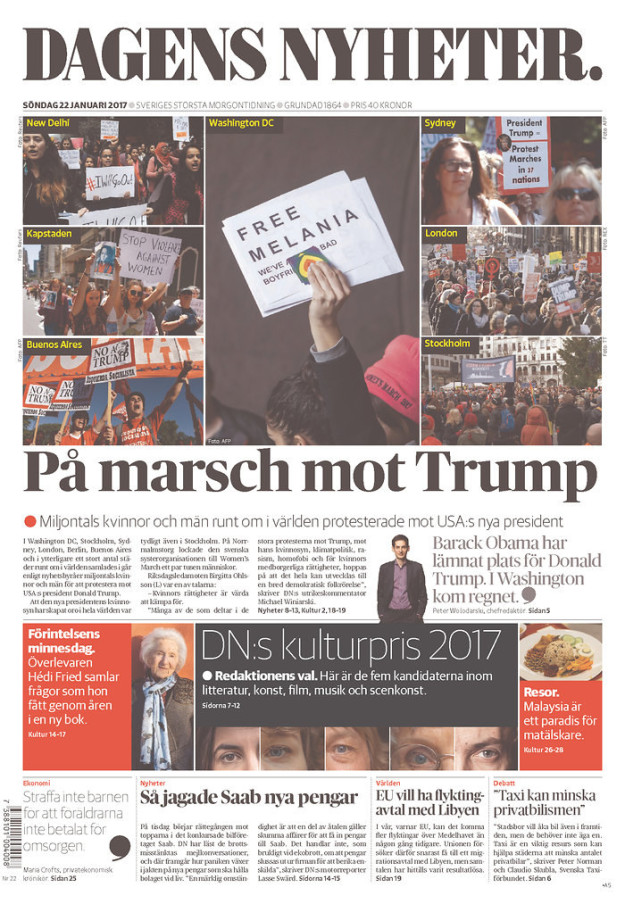 Some British tabloids didn’t even focus on domestic politics to ignore the march – the Sunday Mirror’s front page story was “My Killer Mum Is Making Me Homeless”, while the Daily Star featured a riveting scoop on recently-evicted Chloe Ferry’s opinions about her former Celebrity Big Brother housemates. Only The Observer and (half of) The Independent paid any real attention to the women’s march at all.

THE OBSERVER FRONT PAGE: 'Hundreds of thousands of US women unite to voice defiance over Trump' #skypapers pic.twitter.com/9enNT4sXC6 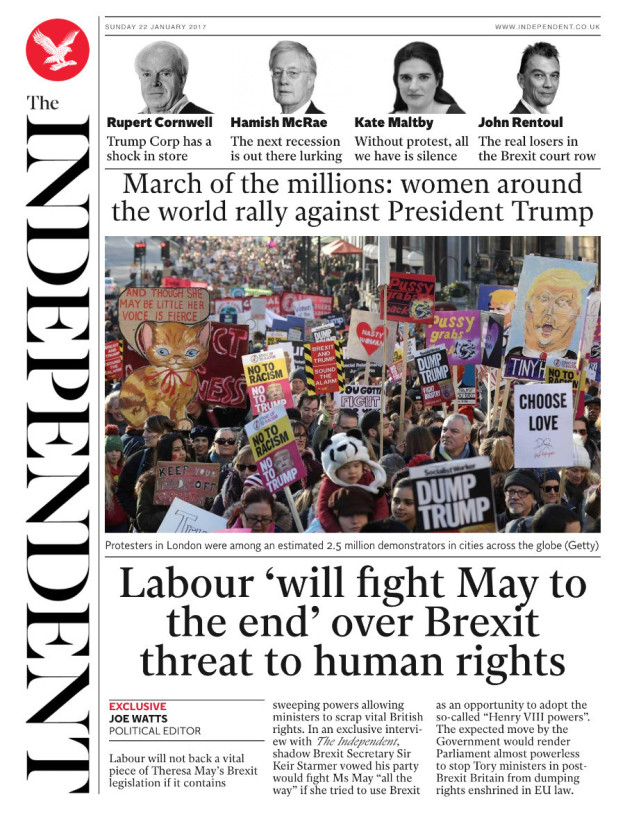 It’s bizarre at best and demoralising at worst to see that such a huge movement didn’t factor into the collective consciousness of the decision makers behind Britain’s tabloid front pages. The other option of course, is that they knew and chose to ignore it. Either way, it’s not very encouraging to see so much of the press omit the event entirely, especially as we stand on the brink of four years of “alternative facts” with this guy as White House Press Secretary.

"My desperate shouting at you does not stem from my boss's intense insecurity and damaged narcissicism. Period." @seanspicer pic.twitter.com/IbiTpTMD8c