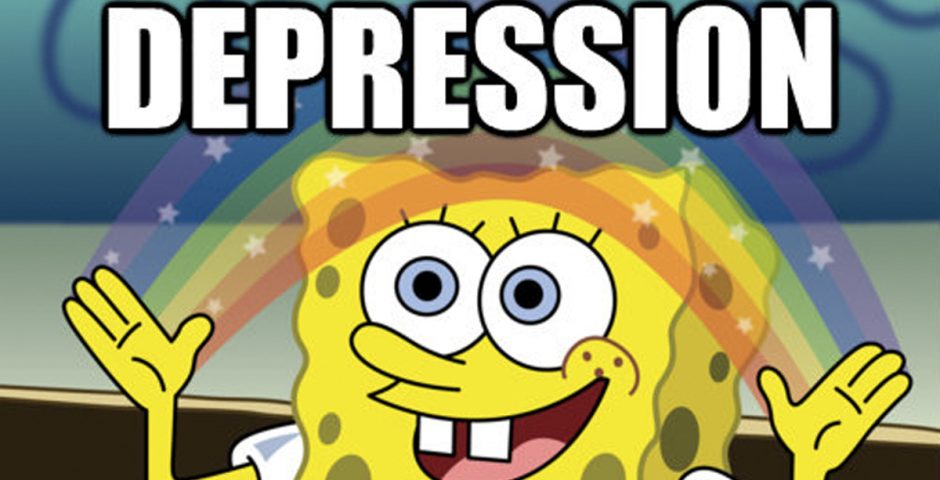 Kanye West was hospitalised this morning, after a number of bizarre outbursts and increasing worries about his mental health. Friends declared it a “breakdown”; paramedics called it a “psychiatric emergency.”

Now it almost goes without saying – Kanye West isn’t the most normal, or indeed likeable, guy. But the way the internet responded almost unanimously with mockery and laughter is symptomatic of a wider problem in how we talk about mental health.

A similar story unfolded a couple of months ago. Kid Cudi opened up about his depression, and Drake released a rap calling him “crazy” and unable to face the real world. It happens all too often, especially with celebrities: Britney, Amanda Bynes, even the guy who founded #KONY2012. Every time someone in the spotlight has some sort of manic episode, our first reaction is to laugh at them.

But these things can happen to anyone, whether they’re the world’s most famous rapper or not. Would you laugh if your friend became erratic and suicidal, or if one of your parents had a breakdown at work? Probably not – but you’ve most likely scoffed at someone in the spotlight suffering in a similar way.

That’s not to say it’s just a celebrity thing; rather than being an issue of how we talk about public breakdowns, it’s about how we talk about breakdowns in public. Even when you try to have a discussion about a topic like depression – this one, for example – the comments section will quickly become a playground of dumb jokes and vicious comments. 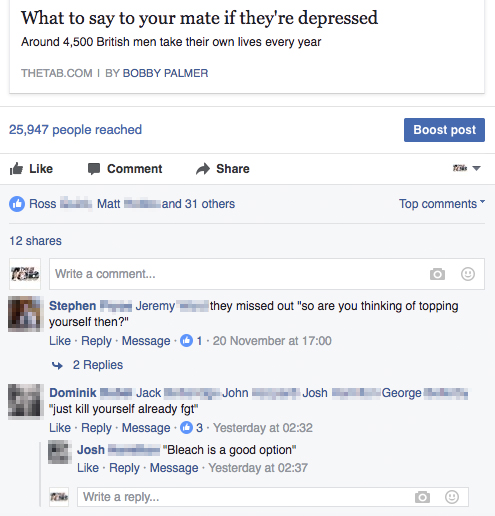 A growing undercurrent of morbid memes and “haha I’m going to kill myself” Facebook pages have started to detract from the fact that people actually suffer, and actually need help. It’s creating a dichotomy – while we constantly pride ourselves on being a society where people can talk about their mental health issues, in reality we’re actually not that keen to listen.

Crudely MS-painted pictures about suicide? We’ll have a laugh. Viral videos about depression? We’ll watch, we’ll like, we’ll share. But if someone actually comes out with their problem, or starts to suffer right in front of our eyes? We don’t know how to cope, because we’re so used to viewing these issues as entertainment and nothing more.

Some of them may be funny, yes – but they feed into a simplistic narrative which characterises people with depression or anxiety or bipolar as either “just a bit morbid” or “batshit crazy.” We seem to have developed a complete inability to take mental health issues seriously. The people suffering from them are exactly that: “mental.” Or “weak.” Or “mad.”

I’m not defending Kanye West as a person, and I’m not a raging Kid Cudi fan either. It’s just that, by distancing ourselves with celebrity preferences and memes and “it wouldn’t happen to me,” we’re undermining the climate we’ve created where people can talk about their problems – and we’re stopping them from talking altogether.