A few days ago, The Tab uncovered that the NUS were planning on spending £60,000 on a demonstration that has no clear objective. The demo that is set to take place this winter has nine hashtags, safe spaces and has only agreed on the tagline, ‘United for Education’.

The demonstration seems to be nothing else than protest for protest’s sake, a move which serves only to cheapen the student voice as a target for derision. The 2010 and 2012 protests, which attracted an estimated 52,000 and 10,000 respectively, were successful because they were a reaction to Government cuts as well as high youth unemployment – they had a clear message that served as a rallying cry for students and sympathisers nationwide. 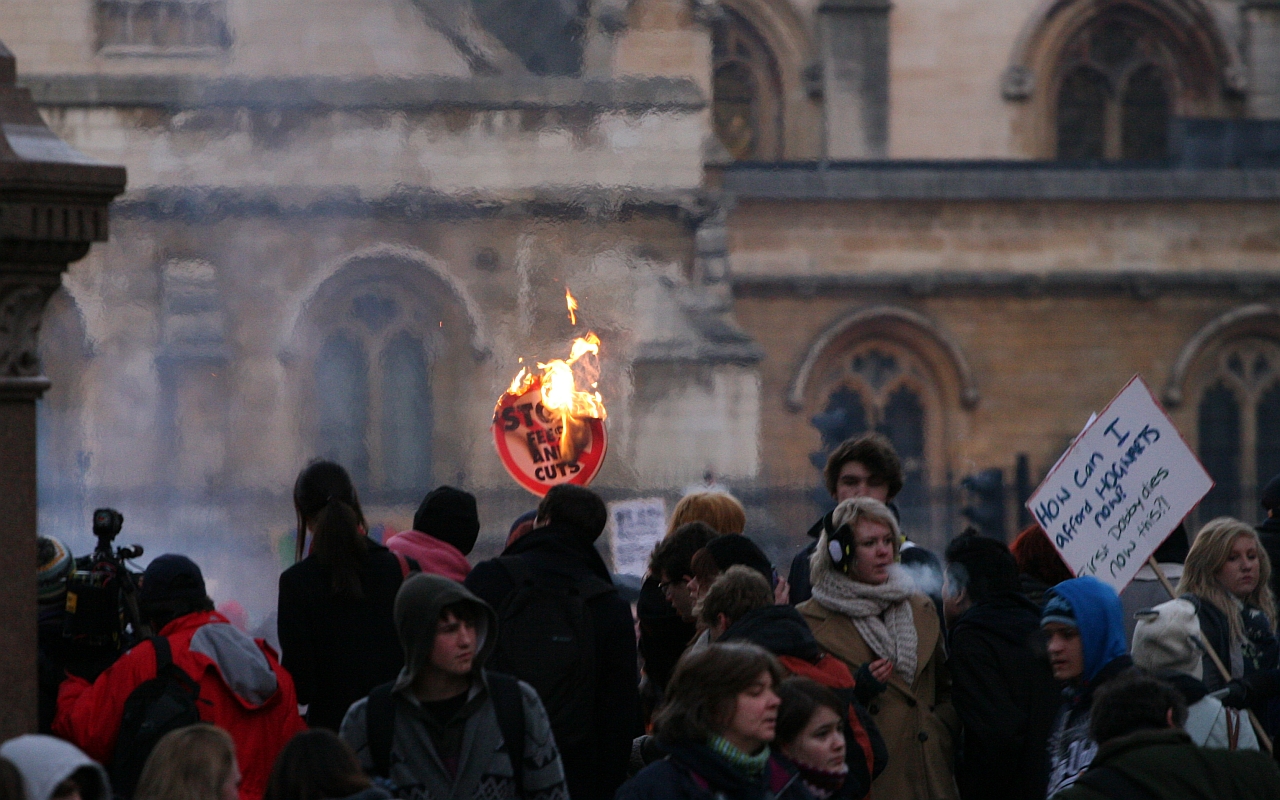 The NUS, which is spending 60k in an attempt to recreate these protests will only spread confusion among onlookers and students alike. The demonstration lacks a legitimate cause meaning that many cash-strapped students will be unwilling to bus halfway across the country. A demonstration that lacks protesters gets nothing but bad publicity; students appear to be even more apathetic in the public eye making it harder to lobby on issues that matter, such as the cuts to maintenance grants and the rise in tuition fees. The £60,000 will not only be a waste of money but could even harm the student cause.

But the demo debacle has also betrayed worrying signs within the NUS. Over the last few months, students have questioned the NUS’s ability to represent their interests, for example the number of plebiscites held in student Unions over disaffiliation. The money spent on the demonstration as it now stands would eat up nearly 5% of the NUS’ estimated campaign budget. The NUS’ raison d’être is to advocate the national student interest: by not informing anybody, students were effectively barred from thinking where the money could be best spent serving their interests.

Over the last few years the NUS’ ability to represent all students has noticeably dwindled. Making arbitrary decisions to spend £60,000 on a demonstration without a clear message means that the NUS has failed its duty: it doesn’t represent students and more importantly it doesn’t help students.

The NUS isn’t beyond redemption; it excels at representing students with Disabilities and has campaigned very effectively to raise mental health awareness. These issues effect students on a day-to-day basis and can be resolved: an effective and popularly supported use of the NUS’ time and resources.

If the NUS wants students to be ‘United for Education’, make the demonstration about something which students care enough about to march round Westminster in the bitter cold. By raising attention and demonstrating for a cause that students are passionate for, the NUS will become more representative. One thing is certain: it will definitely be a much better use of £60,000!