Immigration has become a dirty word in recent months. What was once a celebration of Britain’s multicultural ideals has become synonymous with pictures of crowded refugee camps and posters which warn we’re at “breaking point”.

Today, The Sun demanded that Theresa May do more to help “hard working Brits” by curbing immigration – just days after celebrating the fact that Somalia-born Mo Farah had become the “first Briton to win three gold medals on the track”.

Imagine, then, a Team GB without Mo, or Louis Smith, or Jessica Ennis-Hill. Here are just some of the athletes competing in Rio who we’d have lost out on if we stuck to “keeping Britain British”. 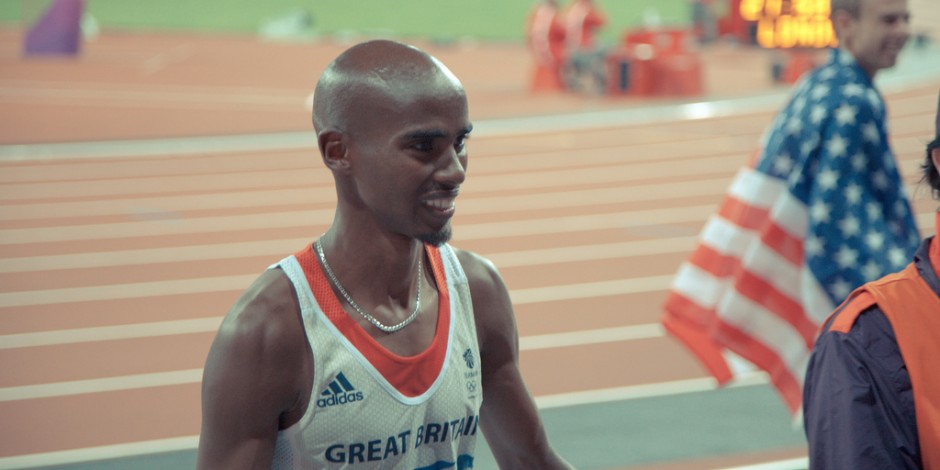 Mohamed Muktar Jama Farah grew up in a tin-roofed shack in Djibouti, before he moved to London at the age of eight – and the rest is history.

On Saturday, national treasure Mo became the first ever British track and field athlete to win three gold medals, with a fourth looking likely in the 5,000m this weekend.

When asked about how he first adapted to British life when he could barely speak a word of English, he said: “Sport is a great leveller.”

Tsegai sought political asylum in the UK in 2006 during the World Cross Country Championships, admitting he feared he would face torture or military service in his home country of Eritrea for failing to finish higher.

At eight years old, Tsegai almost died in a landmine explosion which killed a friend of his and left shrapnel permanently embedded in his chest – now he’s competing for GB in the men’s marathon on Sunday. 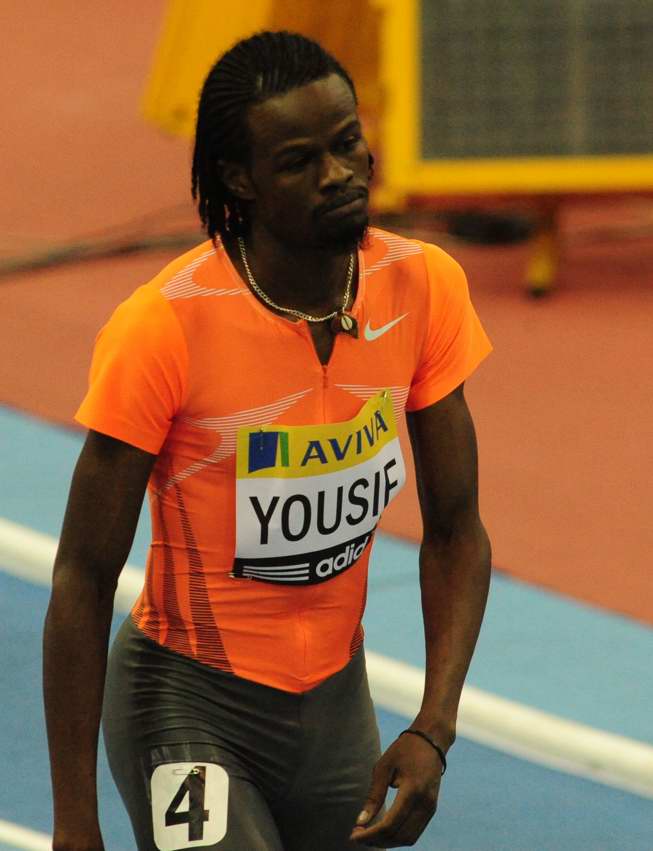 Rabah was a Sudanese national champion in the 100m and 200m before applying for British citizenship. He faced deportation in 2007 when his asylum plea was turned down, but was allowed to stay with his wife and children.

“This country took me in,” he told the Telegraph: “I’ve been coached by a British coach, married a British woman and looked after by British people, so I just want to say thank you in the best way that I can, which is by running.”

He’ll be representing Team GB in the 4x400m relay on Saturday.

Though born in Orpington, Dina credits her success to her Jamaican parents, who are both keen runners: “I have a work ethic because of my mum and dad,” she says: “They encourage me.”

She currently holds the record for both the 100m and 200m, making her the fastest British woman in history.

Raised by Yemeni parents in Birmingham, light fly boxer Galal isn’t the only athlete in his family – brothers Khalid and Gamal are title-holding fighters too. 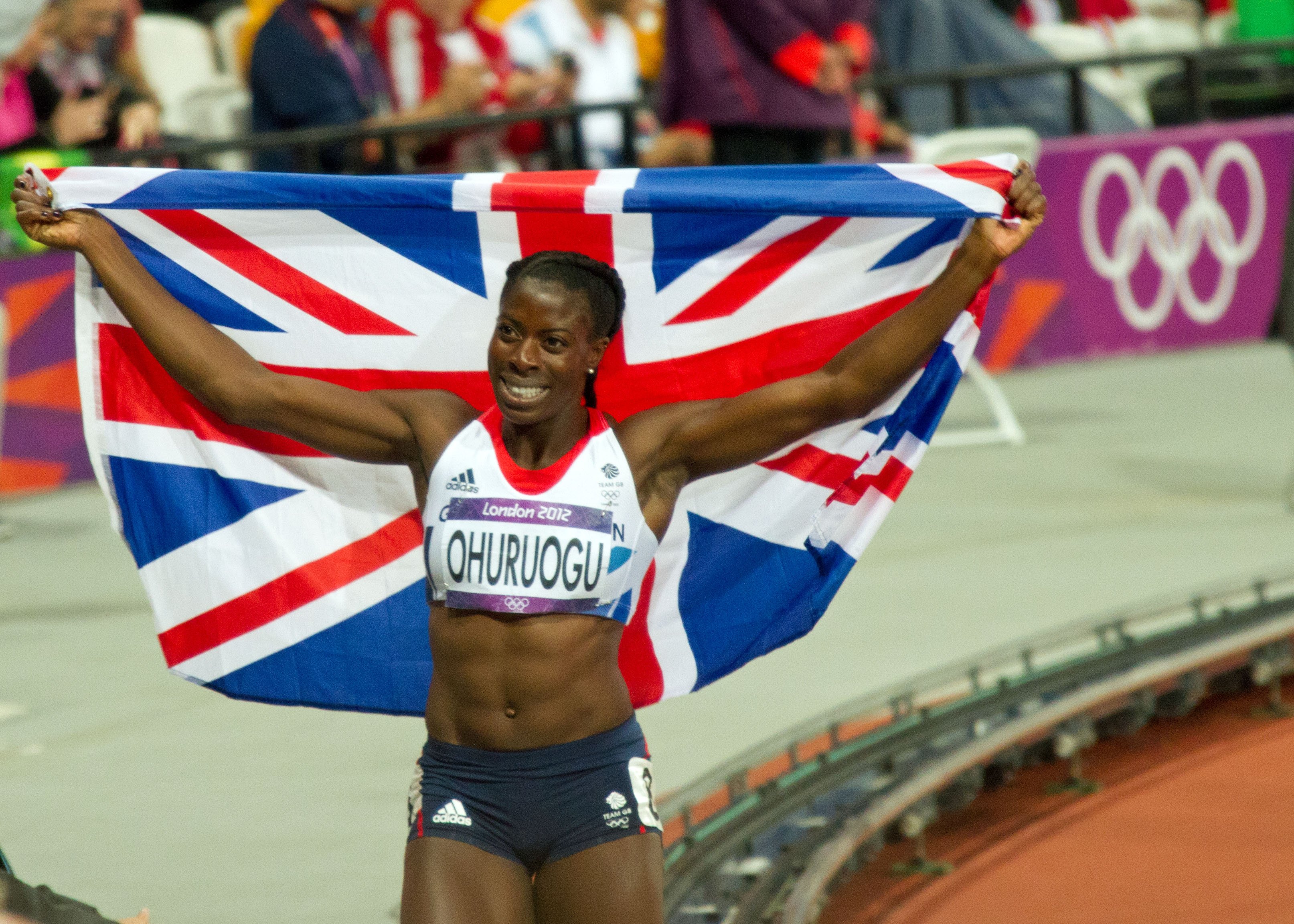 Christine was born in Nigeria, but raised just one mile from the site of the 2012 Olympic games in Stratford.

Speaking about her heritage in the past, Christine has bemoaned the lack of opportunities in her home country: “In the UK as an athlete they give me everything I want,” she says: “It is not just enough to be training as an athlete.

“There has  to be some support in form of grants and sponsorship and if that is not coming there is always going to be difficulties.”

Though Ghanaian by birth, Josh’s family left Accra for Croydon when he was a child.

He’s been called a “a great fighter” and “future world champion” by Floyd Mayweather. You can catch him fighting Kazakhstan’s Adilbek Niyazymbetov in Rio tonight. 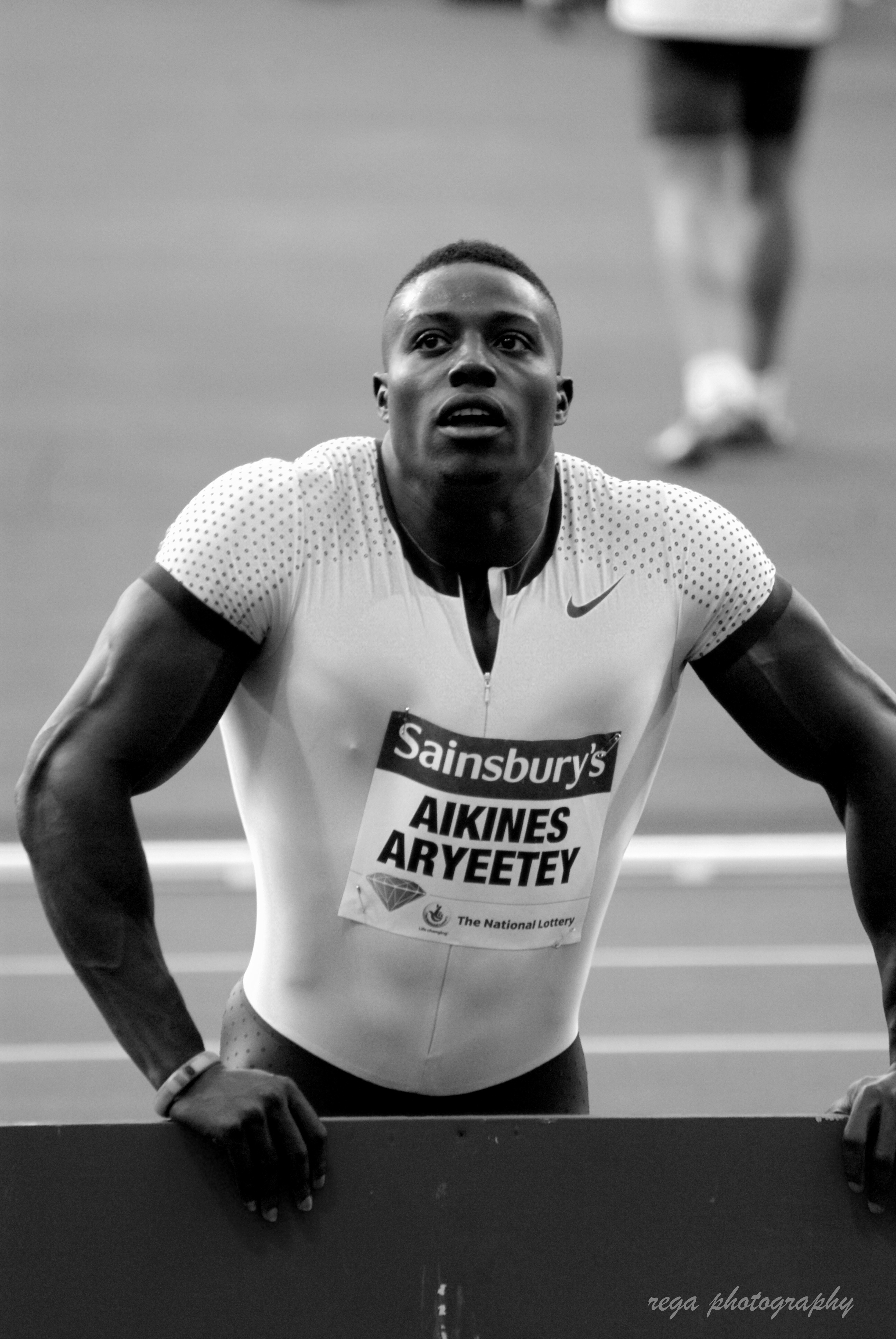 Relay racer Harry has been training since an early age, winning the title of BBC Young Sports Personality of the Year in 2005 after clinching two gold medals at the World Youth Championships.

The son of Ghanaian immigrants, Harry can next be seen racing in the men’s 4x400m relay on Thursday.

Raised by Nigerian parents in Liverpool, Anyika will be competing in the women’s 4x400m relay on Saturday.

As a child, Mahama was cared for by his grandmother in his home country of the Ivory Coast. He moved to London when he was eight to live with his father, a former African taekwondo champion turned taxi driver.

Despite not being able to speak a word of English, Cho went on to become a semi-professional footballer, before joining the British taekwondo squad at the age of 17.

Angela grew up in Harare, Zimbabwe, while Rebeka was born in Budapest. They’ll be competing in the women’s kayak four 500m this Friday. 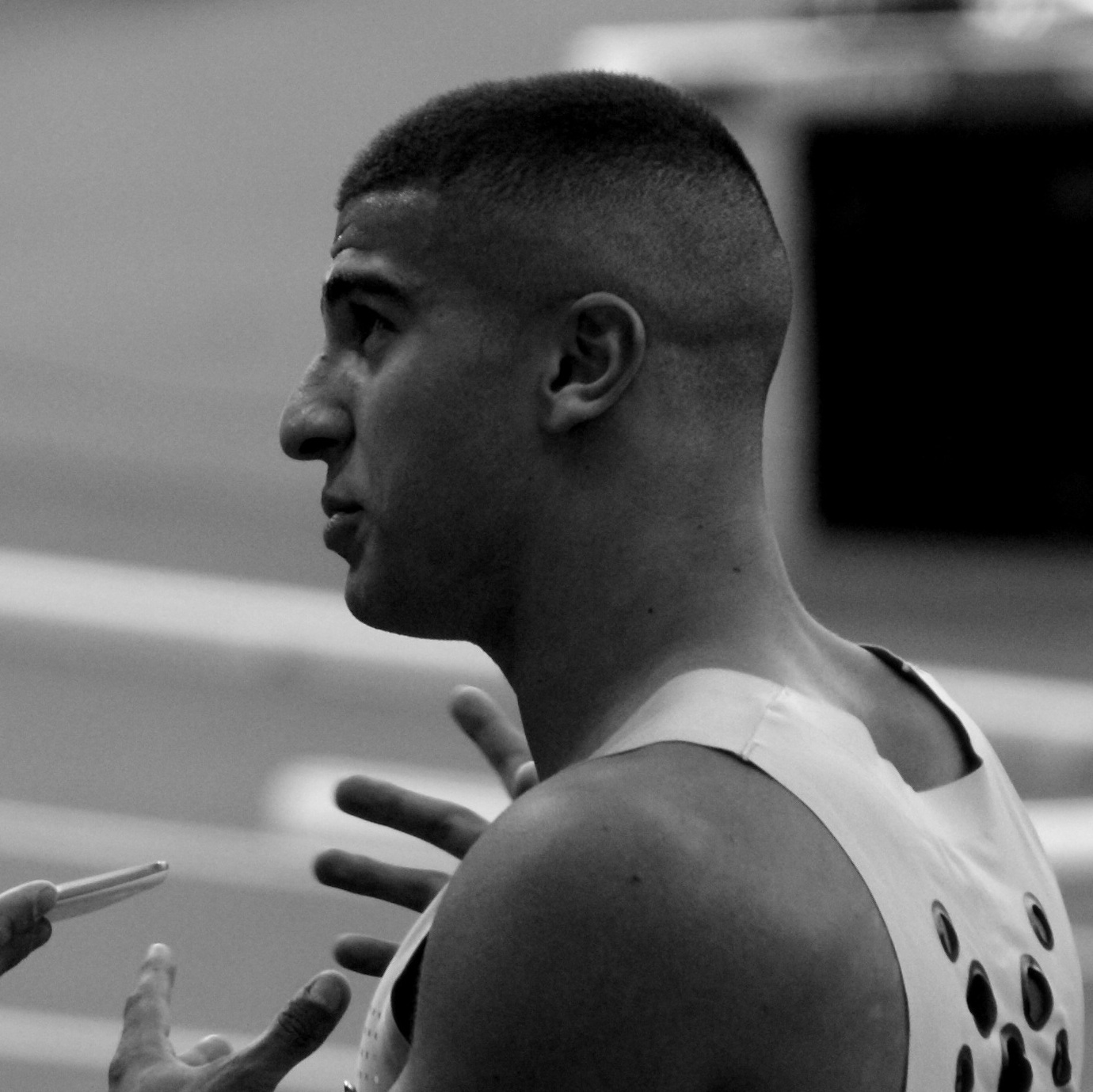 He was the third teenager ever to break 20 seconds in the 200m (after Usain Bolt and lonso Edward), and is the only man of Middle Eastern descent to run the 100m in under 10 seconds.

100m runners CJ and James were both born in London to Nigerian parents. While James didn’t start competing until the relatively late age of 18, Chijindi was the youngest ever British sprinter to run 100m in 10 seconds. 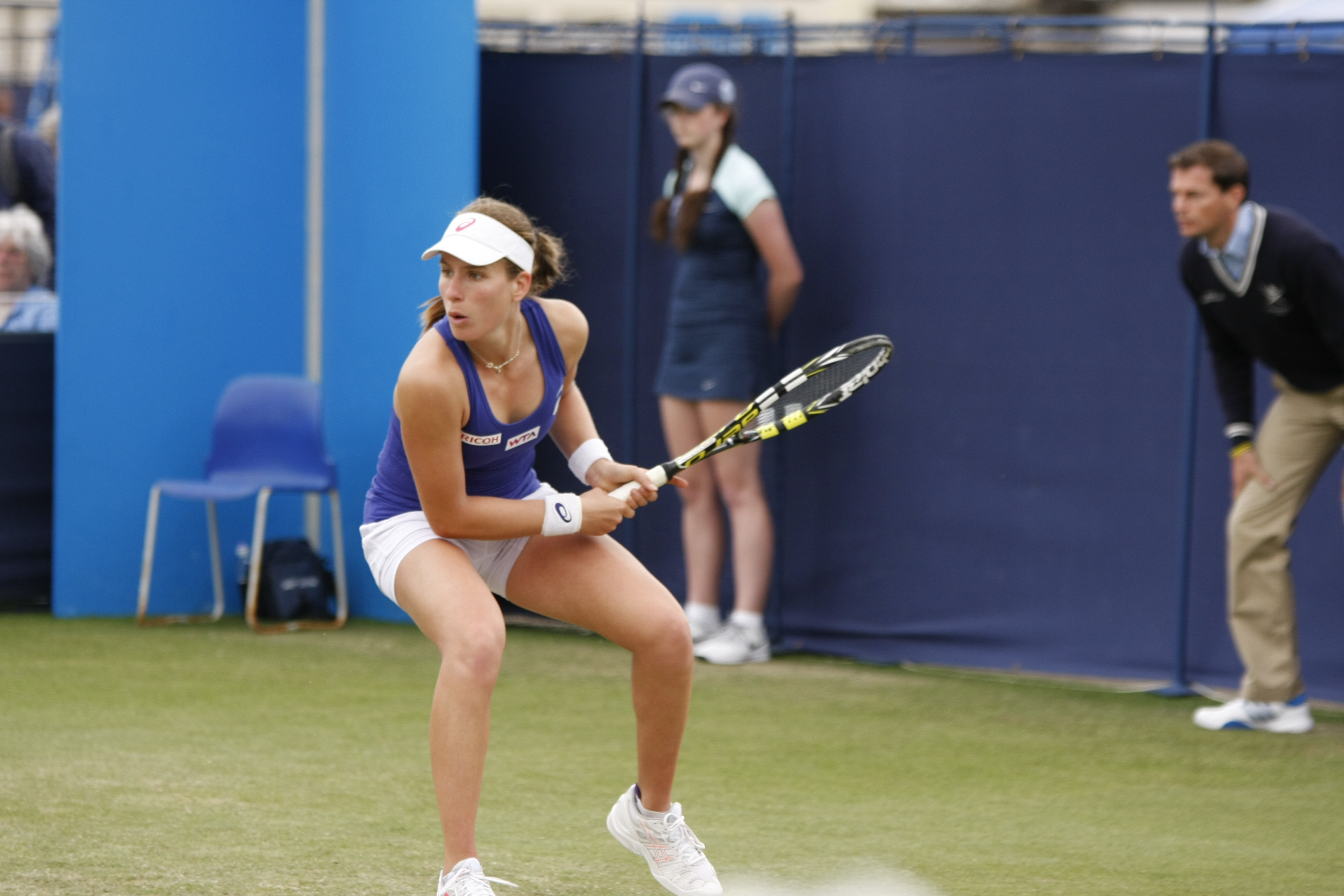 Although best known as a British tennis star, Johanna actually has three passports – having been raised by Hungarian parents in Sydney.

She moved to the UK when she was 14, and switched her sporting allegiance when she gained British citizenship four years ago.

Although he competed extensively in England as a child, Nethaneel moved back to Jamaica with his Jamaican parents when he was 13.

Thankfully, his British upbringing allows him to compete for Team GB – which he’ll be doing today in the men’s 200m.

That’s not to mention Jessica Ennis-Hill, the gold medal-winning daughter of a Jamaican immigrant; or Louis Smith, the half-Jamaican gymnast who won his second silver in Rio this week.

Of the four who won gold in the men’s rowing this week, Constantine Louloudis’ dad is Moroccan and Mohammed Sbihi’s is Greek. Anthony Joshua’s parents are Nigerian, while Katarina Johnson-Thompson is half-Bahamian. 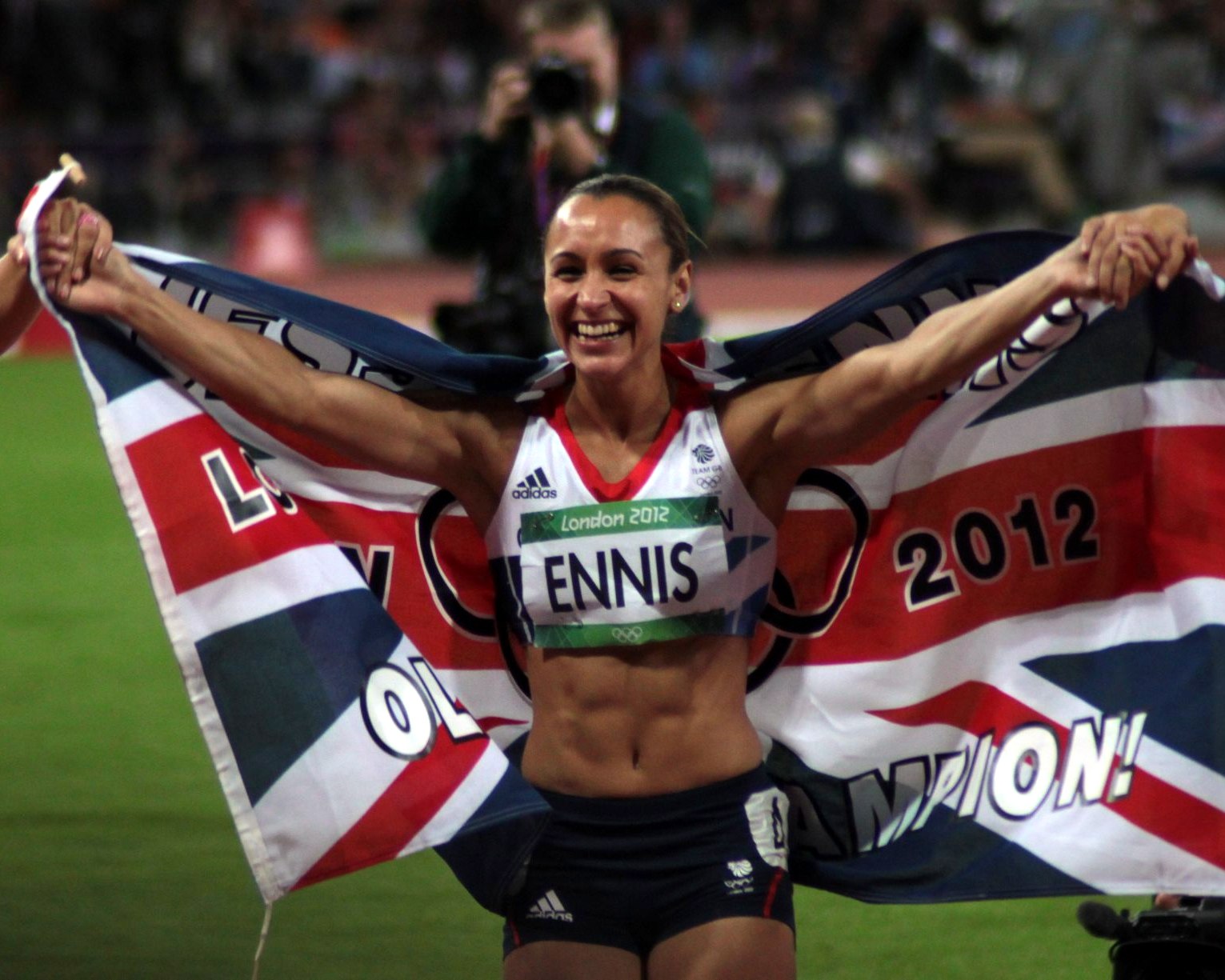 The mix of nationalities in Team GB does pose the question of how many athletes we’ll lose out on if Theresa May “cracks down” on immigration, as promised.

It’s not just the next Mo Farah we might be deprived of, and it’s not just Team GB who will suffer. How many doctors, lawyers and teachers will we lose if we close our borders for good?

Surely that’s not what team spirit’s about.