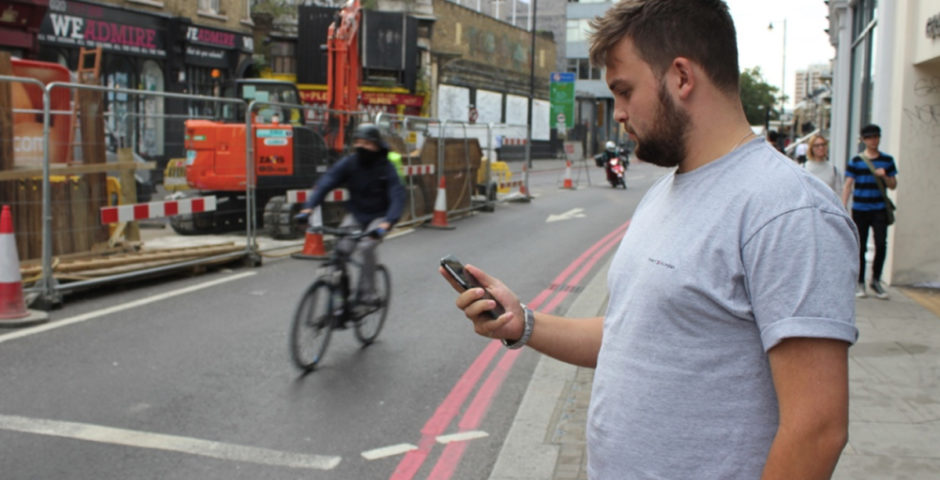 ‘By the time I looked up and realised what happened, he’d already sped off’

People in East London are having their phones stolen out of their hands by opportunistic thieves on motorbikes, mopeds and even bicycles.

According to police statistics, 5,197 “snatch offences” using bikes took place in the capital between July 2015 and June 2016 alone. The Met Police have even launched their own operation, codenamed “Venice”, to deal with the rise of bike-mounted robberies.

One of the factors being blamed is the release of Pokémon Go, which encourages users to walk around the city with their phone out.

Daniela Castellanos was on Old Street when her phone was almost taken: “I was waiting at a bus stop on my own at about 10 in the evening, standing by the road and texting.

“Suddenly, a cyclist passed by me really fast and grabbed my phone – but because the phone was attached to my headphones he couldn’t steal it as it pulled my whole body.

“The iPhone fell into the street and he just carried on cycling. I was really scared, but I managed to run and pick the phone up.”

George Marangos-Gilks wasn’t so lucky: “What amazed me was how slowly they did it. Two guys in black on a black motorbike literally sidled up to me while I was on the street corner on my phone.

“I looked up at them, and he just put this big gloved hand out pretty leisurely and took my phone out of my hand. Before I had a chance to clock what was happening, they’d sped off.

“They were both wearing black helmets with black visors, so you couldn’t see a thing about them. There was CCTV there though, so hopefully they can catch them.”

George reckons the increase in people playing Pokémon Go is a factor in the recent spate of thefts, even going so far as to label them “Pokémon Go robberies”. Indeed, the Met Police dealt with 11 specifically Pokémon Go-related crimes between the 1st and 25th of July this year.

Detective Superintendent Raffaele D’Orsi, who is heading up Operation Venice, agrees that thieves could be capitalising on people distracted by the app. He says: “I would urge the public to be aware of their surroundings at all times and protect their personal property, as this crime happens in an instant.

“Victims are particularly likely to be targeted at roadsides when they are on mobile phones or have their bags open.  Many people are now also playing Pokémon on their phones and quite possibly distracted by that.

“Offenders travelling on scooters will ride past from behind – even mounting pavements – and will snatch your mobiles, handbags or laptops. So please be vigilant at all times and keep your possessions secure.”

Whether the app is a factor or not, phone snatchings are clearly a serious problem in London. Michael Skelly had a lucky break with a robber on Hoxton Street, and was surprised by their conspicuous nature: “I was just standing there when someone on a moped came up next to me.

“He tried to grab my phone but I managed to hold on to it, and then he zoomed off before I could react. Luckily I managed to get a view of his number plate as he sped round the corner.

“He was wearing a high-vis orange jacket and trousers and there weren’t many people around at that time, so my guess in my case was that it was just an opportunist taking advantage.

“Well it’s either that, or a robber who values being seen at night.”