So you’re going to your first Full Moon Party

Finding yourself has never been so fun

Once a month, every month, a jubilant crowd of neon-soaked, headband- clad vestophiles descend onto a beach in Thailand for one event – the Full Moon Party. 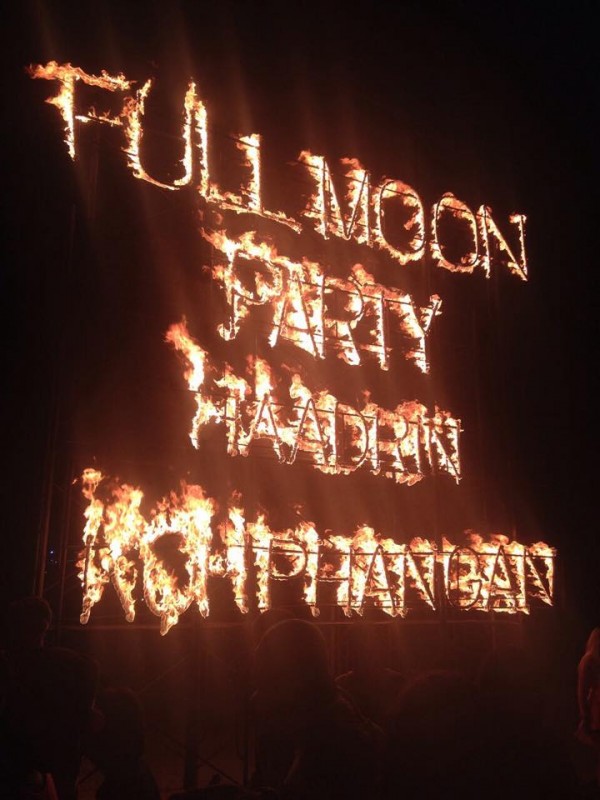 Koh Phangan is devoid of foreign culture and good music but rife with prostitution and Class A drugs. Naturally then you’re going to need a game plan to tackle the cesspit of public school lad culture and gap yah losers.

Luckily, with the next party coming up tonight, we’ve done the hard work so you don’t have to.

Don’t lie to yourself 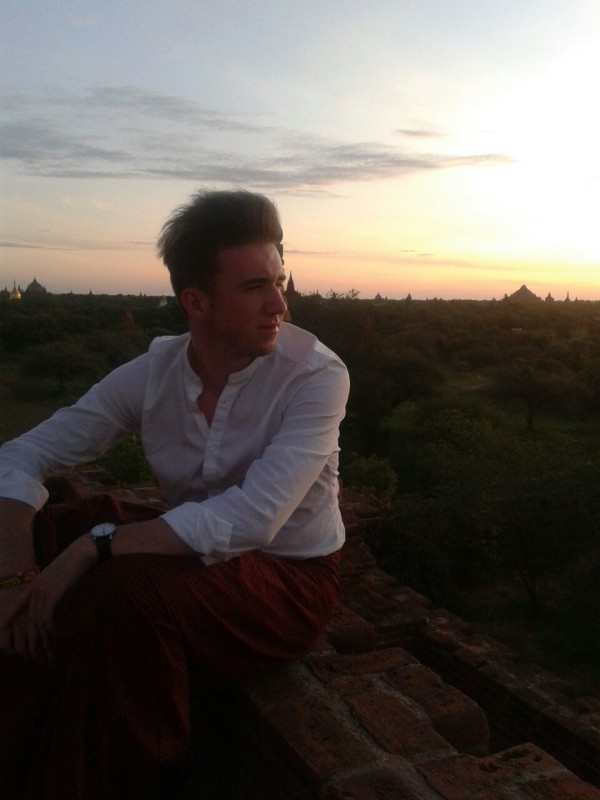 Your journey of East Asian self-discovery ends here. The only place you’re going to find yourself in Koh Phangan is in a sandy pool of coke, vodka and regret with a Thai prostitute splashing water in your face.

Don’t pretend you’re going with any intention of embracing the local culture, there isn’t any. 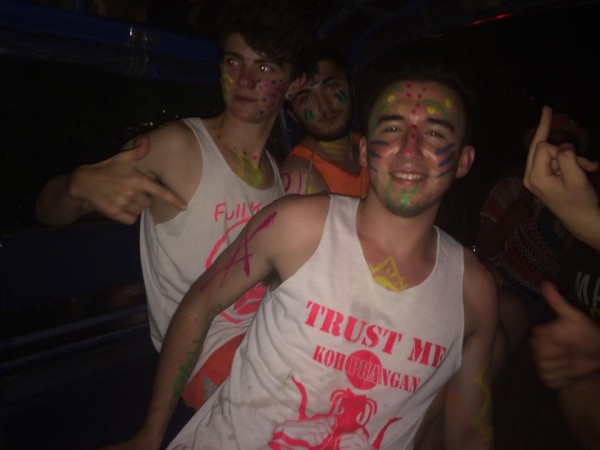 I wouldn’t trust me either

Now that you’re more self-aware than Buddha himself, its time to embrace the humiliating Full Moon lad culture you’ve voluntarily immersed yourself in.

The brighter your vest is the better, standing out among the other pasty, drunk westerners is important. An appallingly clichéd message on the front never hurt anyone, it’s just a step up from those dire shirts in Magaluf with “Squits”, “Mad Mike” and “Chundergraduate” printed on the back.

Obbviously you won’t be playing any sports whatsoever so the headband is utterly superfluous but you’re not here to break tradition. Don the cheapest, pinkest ring of sweatshop manufactured fabric you can find and rock it like McEnroe.

It goes without saying, the shorter your shorts the better. Don’t be afraid to get your pale knees out, and never anything below the knee. If you’re not at least a little on edge that a ball could pop out at any moment then you’re not doing it right.

Boozing in Thailand isn’t expensive, thats for sure. But don’t get caught out by crafty bucket vendors. While on a normal night they won’t cost you more than £3, these prices are tripled for Full Moon.

The genius solution to this dilemma: bring the buckets to pre-drinks. A styrofoam box costs pennies from any local Thai supermarket as does ice. From then a sufficient amount of vile knock-off spirits drowned as best as possible in a soft drink of choice will set you on track for a night of sandy debauchery. 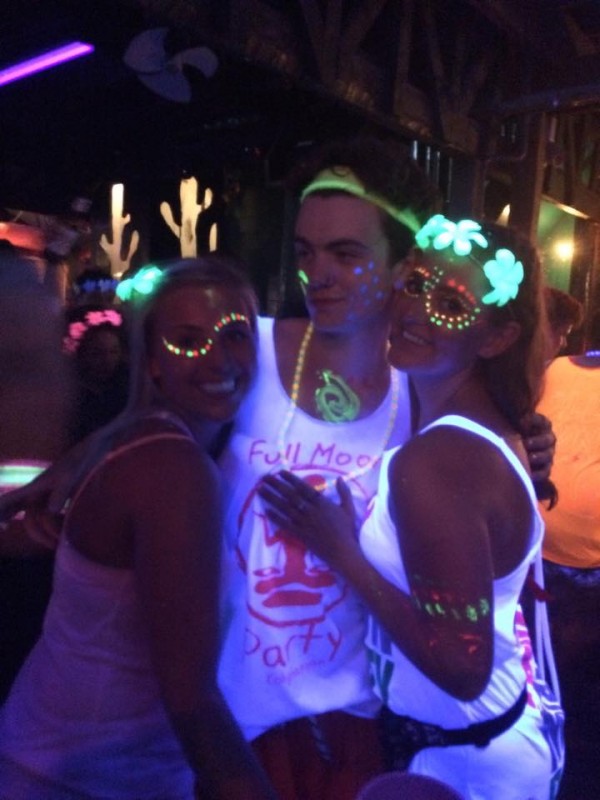 The paint will cover up your spots too

Nothing says good times like slapping a load of fluorescent chemicals on your skin.

Bad luck if someone draws a massive penis on you, just go for a childish caricature of yourself, or an armadillo or other forward thinking animal.

Pattern dots are the classic for girls, the only feasible aim is to look like you’ve developed some horrific luminous skin condition. 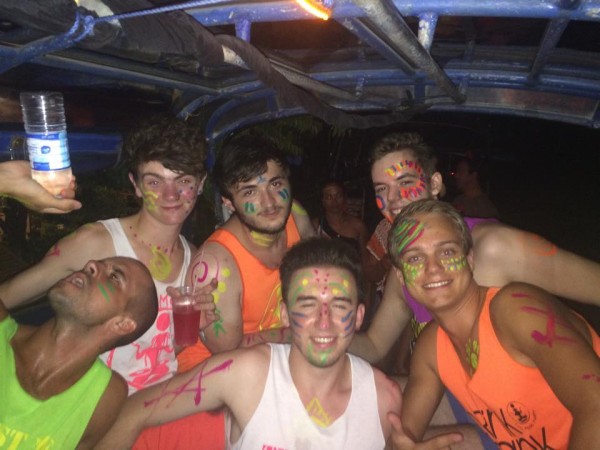 Water? You must be new here

These seatbeltless trucks that career you through the darkness from one end of the island to another simply aren’t exciting enough.

Keep a keen eye out for hammocks tied to the roof, this driver’s sleeping apparel doubles up as a hilarious alternative to the boring side-benches. Just make sure you hang on. 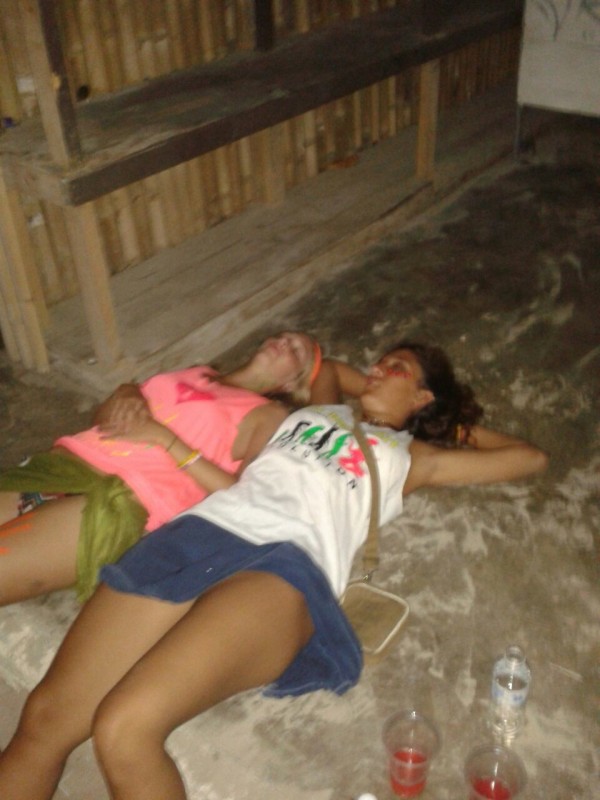 Find a cosy spot between the gurning 40-something and the overly amorous couple and settle in for an hour or two, its going to be a long night after all. 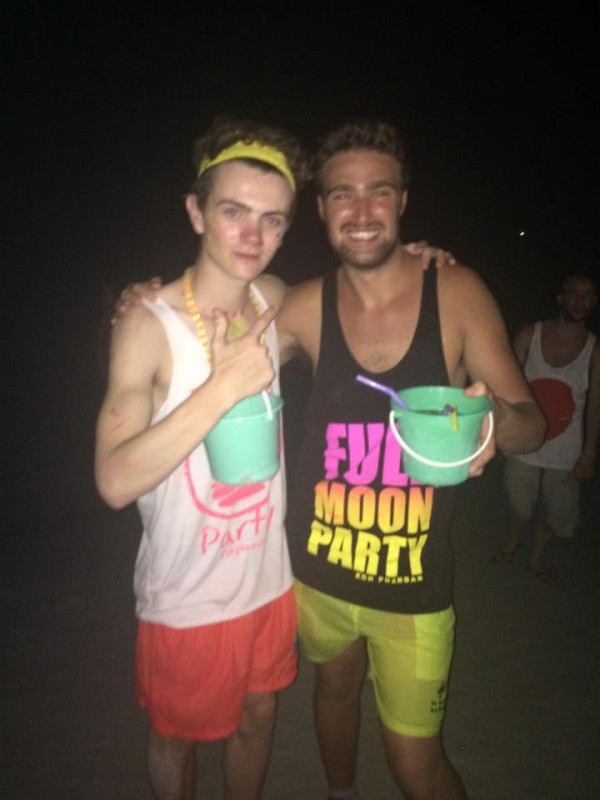 In some kind of sick reversal in usage this childhood seaside favourite is filled with semi-toxic local spirits and a type of red bull that is illegal in most of Europe. Lovely.

The staple of the Full Moon Party, and the gap year equivalent of the fishbowl, it is imperative to have a bucket in hand for every photo. How else will anyone know you went? 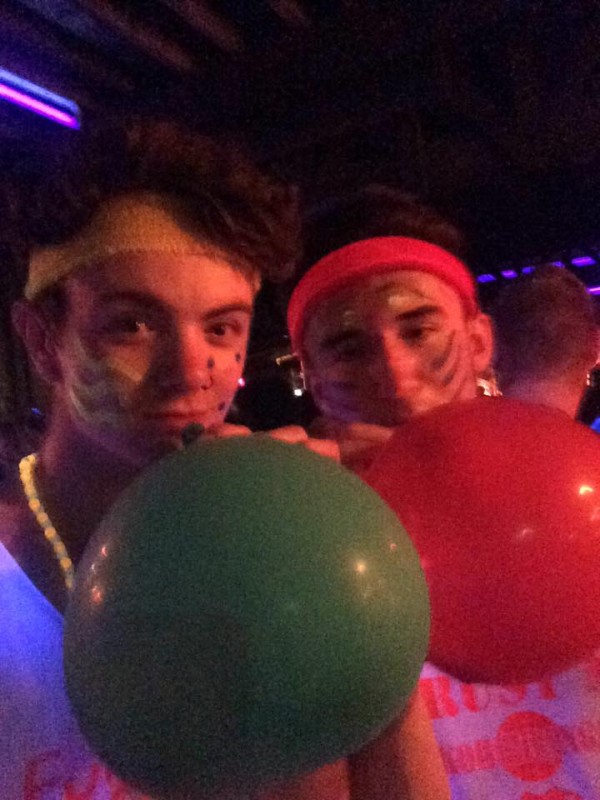 A taste of home

When it comes to drugs, there’s none of it you can really trust. So unless you want to be really rogue, avoid looking anywhere near as stupid as these two plums above.

Lighters are for flannels

If you want to assert yourself as a true Full Moon legend then your average zippo ain’t gonna cut it. This really is the only way to light a cigarette in Koh Phangan. 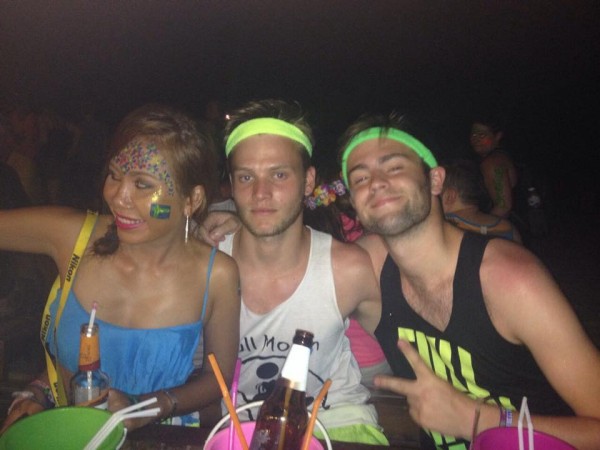 Obviously a true hero will go right ahead and bed one of these ladies of the night because it’ll be a totally classic thing to do.

However if you do happen to have an ounce of self respect we found that the best way to show you weren’t interested was by showing interest in something else, like this dog. 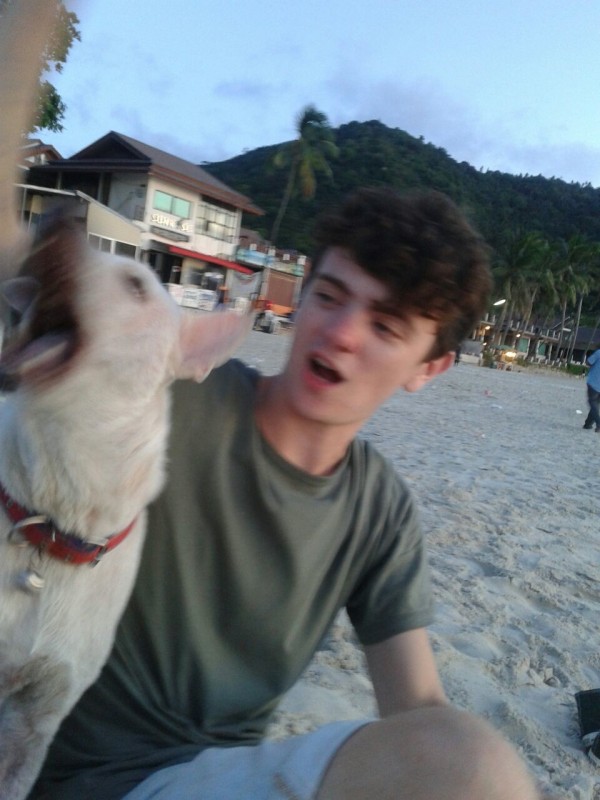 He’d had a ruff night 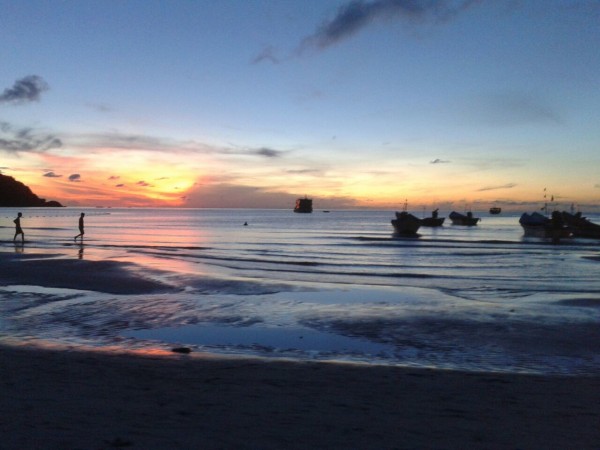 Nina Simone once said: “Its a new dawn, its a new day.” And staying for sunrise is a crucial reminder that all is not lost and there’s time to get your life back on track. You just need to get the hell off this island. Make sure to Instagram it and tell all your friends at uni how much of an excellent time you’re having. 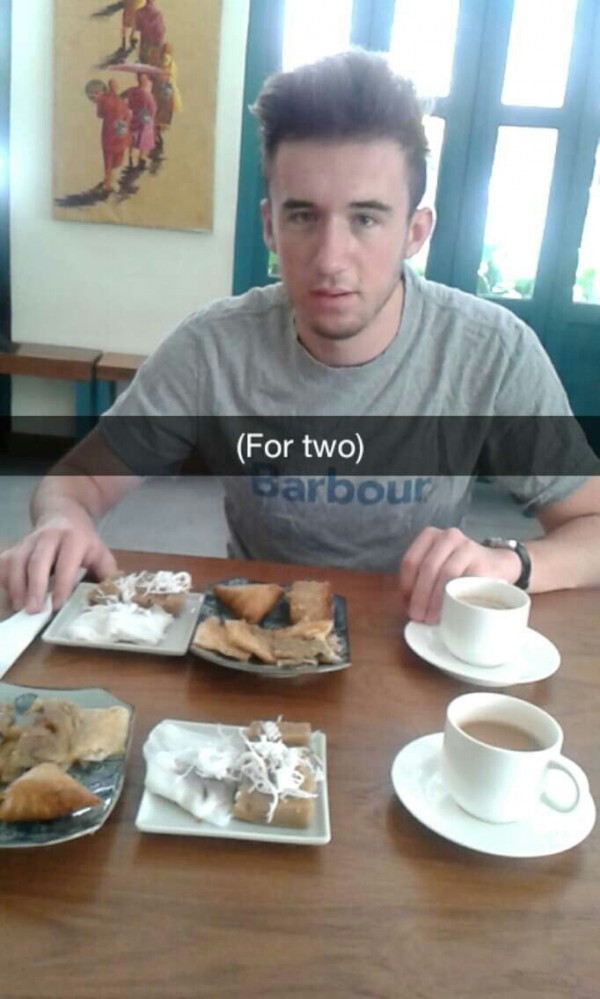 You’ll most likely be looking equal to or worse than this the morning after Full Moon, so take on as many carbs as your turbulent stomach will allow and try and forget this whole ordeal ever happened.

Upon reaching out for comment, the uni confirmed to The Tab Notts that students who need them urgently for employers or visas will be reimbursed

Hard-copy certificates might not be sent out until September

12 signs you live in a shitty uni house

An investigation: Where do all the forks in uni houses go?

What am I meant to eat my pesto pasta with??