My huge boobs are ruining my life

I don’t think you’re ready for this jelly

At a recent bra fitting I was horrified to learn my boobs had somehow ballooned two more cup sizes in the past six months despite losing weight. My heart dropped as my fitter returned with only two bras that would fit me in the whole shop. They were ugly, flowery, old-fashioned and expensive, but you have to accept these things if you’re living the nightmare of having 34J boobs.

As a flat-chested thirteen year old, I would never have dreamed I’d ever get above a D cup, especially not a solid J. But before you tell me how lucky I am, really think about how tough it is having a cup size bigger than your own head. 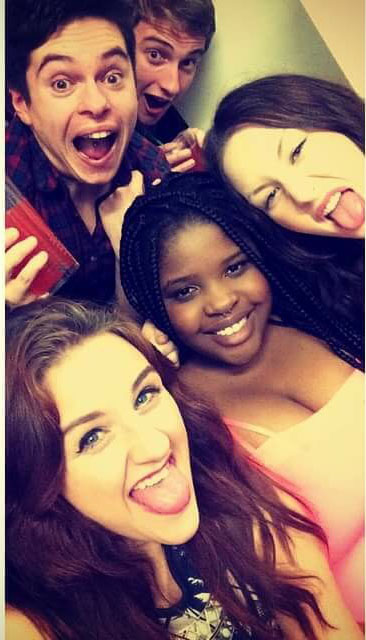 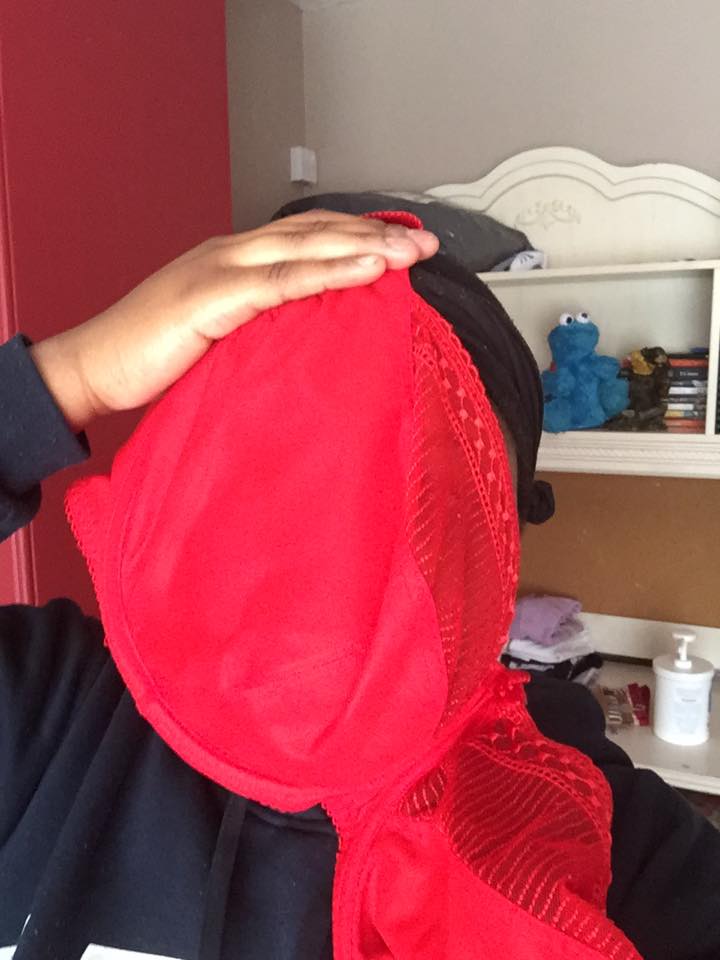 Firstly, let me point out despite common misconceptions about ample chested women, I am not fat. I’m a standard size 10-12 depending on the time of year and my relationship status.

Breast size sometimes has absolutely nothing to do with weight, but absolutely everything to do with breaking down in front of my GP as she had a feel, assured me I didn’t have anything wrong with me and decided my best bet would be surgery. But let me explain the reasons that brought me to my breakdown.

I hate it. Yeah, I’m an average size 10, but that’s just bottoms. Up top I’m lucky if I squeeze into a size 16 in some shops thanks to my huge knockers. So you can imagine the horror of dress shopping. It’s a no win situation. I either buy one that fits my top half (rarely ever do) and deal with a baggy dress from my waist down or I don’t get a dress.

To avoid the problem I’ve been living in playsuits, but even then I can’t wear the pretty thin-strapped ones because I always have to wear a bra. Titty tape only works until a certain size (well below a J) and I can’t even hold one breast with two hands, so I don’t hold much faith in tape to do the job either. Crop tops are another no-go. They bring attention to my mammoth bust and make big-breasted girls look ridiculous, like a walking boob.

Shopping’s fashion disasters also mean I have to avoid pictures like the plague. If I’m not at the right angle I look fat but if I have to appear it’s through a tactical half-body shot. 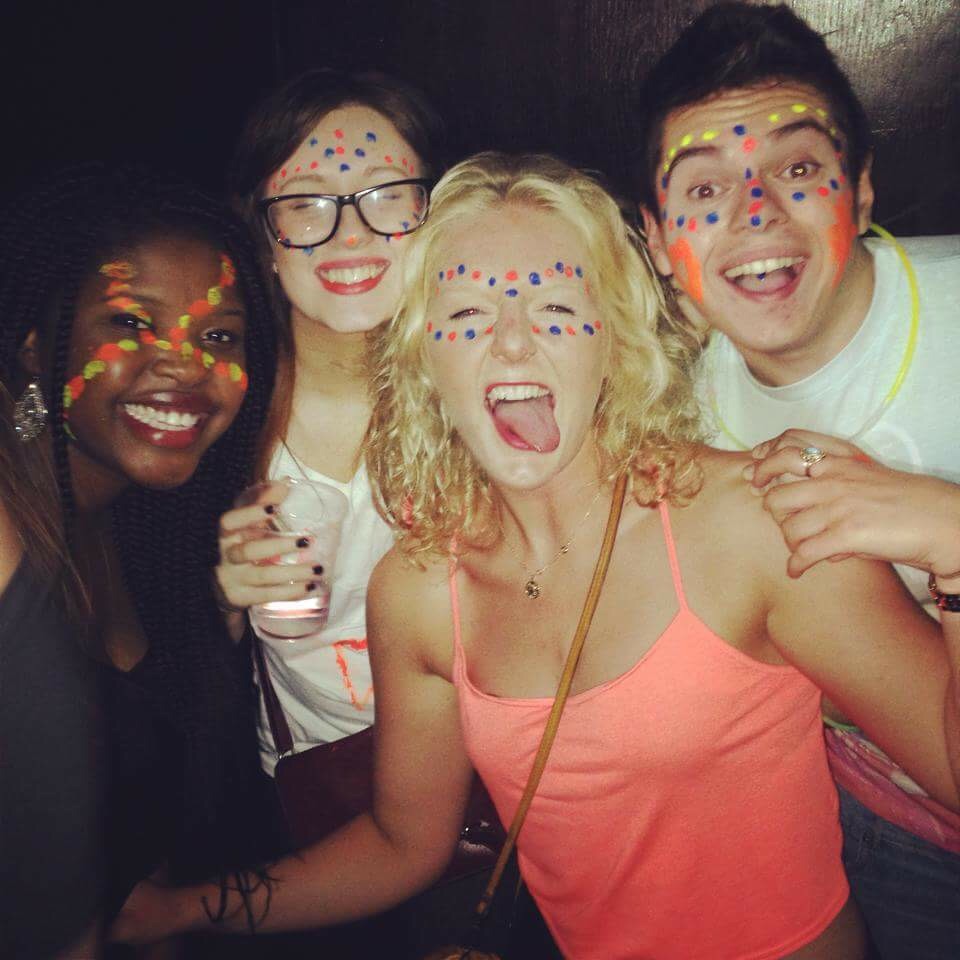 Otherwise the results are diabolical.

Anything that fits your boobs will be oversized in the arms, anything that doesn’t come in at the waist or is remotely oversized will make you look fat. For such a supposedly pleasant activity, shopping with these bad boys is a nightmare. 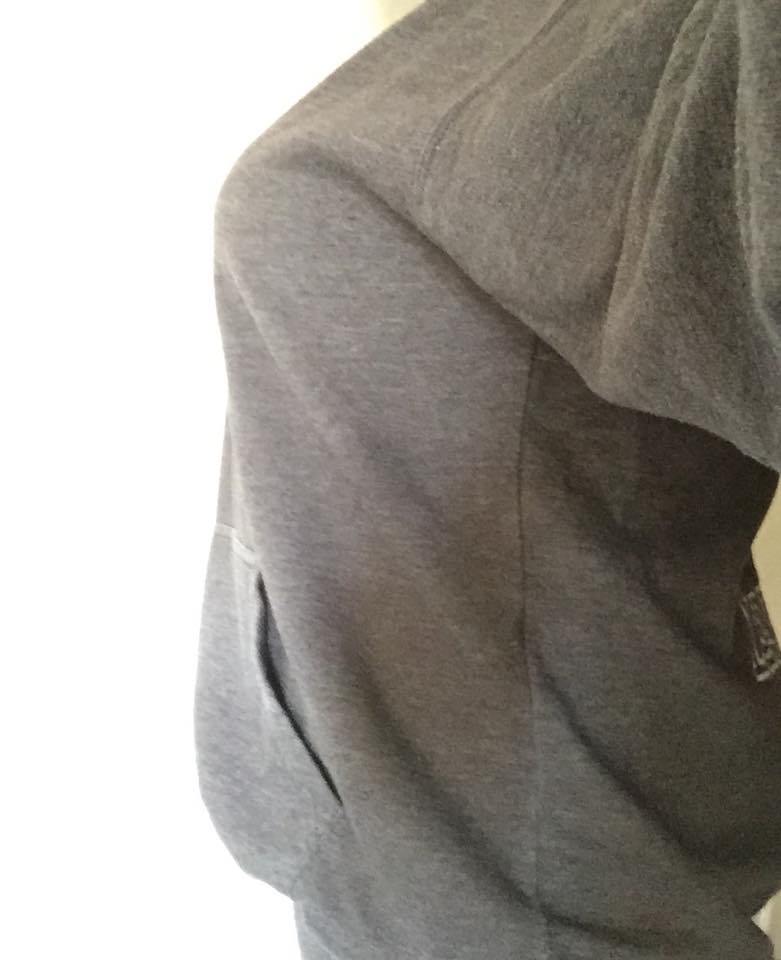 A fitter at Bravissimo, a shop dedicated to helping big-busted women find comfort in bras, advised: “I personally  recommended buying bras that offer extra supportive measures, such as thicker straps and ones that at least clip three times at the back. All these measures will help to stop painful digging on of straps and help to decrease a little of the backache.” 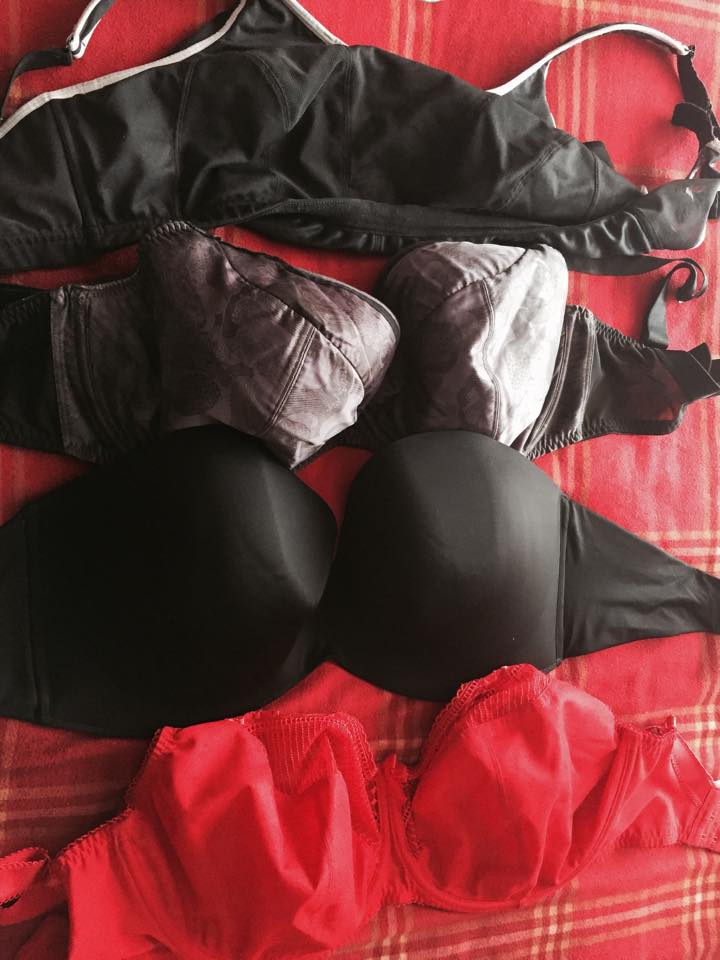 Unwanted attention: The horror of cleavage

People seem to be under the assumption that having a larger than life bust immediately means you can get whatever guy you want. Wrong. While you’re imagining how great it would be to get hunted down by David Beckham’s, I’m getting harassed by seedy 40-year-old men creeping in clubs, taxi drivers thinking I’m drunk enough to coppa’ feel and strangers who think it is okay to randomly grab my boobs in the middle of the street.

With big breasts there’s no way to make your cleavage look subtle and non-pornographic. Wear any top that’s even slightly low cut and it’s immediately in your face. Take a selfie in it and it looks like you’re trying to sell yourself over the internet. Wear a supportive bra and have the instant side effect of balloon-like cleavage hitting your chin.

Everything is sweaty and it hurts

I worked out that my boobs weigh about 1kg per boob – basically, that’s 2kg strapped to my chest 24/7. You cannot imagine the backache. Rumbi Chifamba, a Nursing student at Leeds and fellow well-endowed lady says: “Some days on placement the backache can be unbearable. Paracetamol and Ibrupofen help a little but I can’t be taking these everyday for the rest of my life. It’s unhealthy so you just have to get by. I feel like an old woman and I’m only 20.” 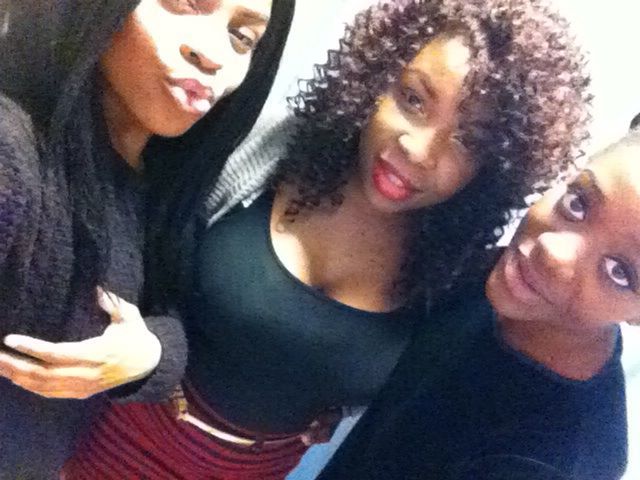 (Rumbi In the centre) 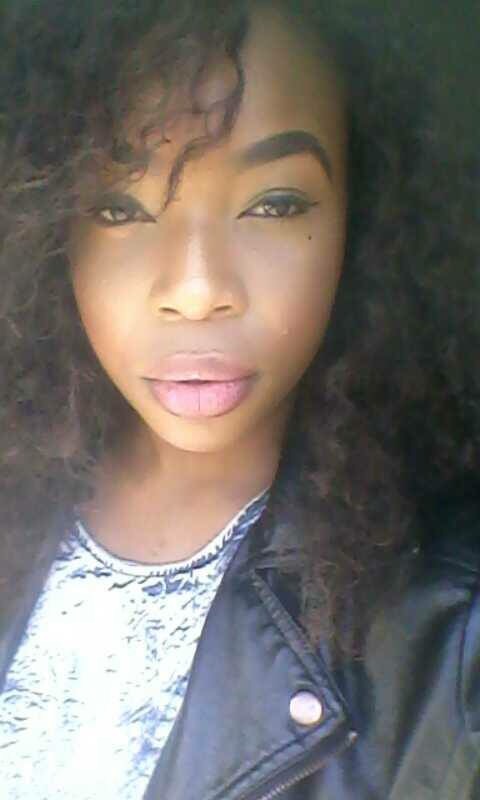 Underboob sweat is just as bad as the backache. I could get it wearing a T-shirt in a cool room, let alone going outside when it’s hot. The best part of going out in summer is coming home, taking off my bra and hanging it to dry. Even worse after the gym after working up a sweat in my two sports bras. It’s the very definition of moist, not to mention it causes horrific under breast peeling.

After years of suffering I finally turned to my doctor for a reduction, who told me to lose six pounds before a referral. Breast reductions are still seen as cosmetic, and surgery is a drastic step – it costs between £5,375 and £6,000 and means they basically have to cut off your nipple. 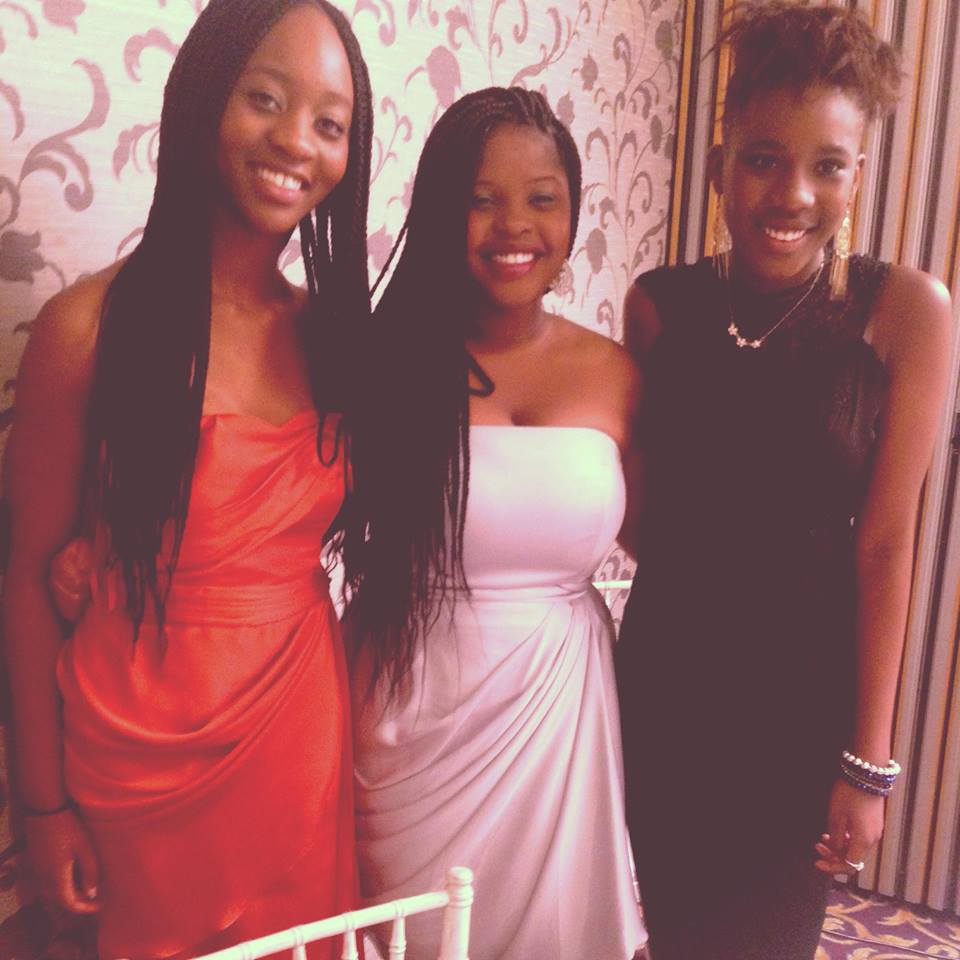 Nobody would take such drastic steps if having huge boobs was the paradise its expected to be. My sister recently told me: “I feel sorry for you because of how much you struggle. Having to physically lift up your boobs when resting on a table isn’t life.”

And it isn’t. It really isn’t.