QS has released a new university ranking chart, separating the schools into subject categories, and Edinburgh is top of the bunch!

Another chartm another ranking. This new list, QS World University Rankings, shows Edinburgh as one of UK’s top five universities for 10 of the 30 subjects.  These include Computer Science and Information System, Geography and Modern Languages. Most impressively, Edinburgh has a worldwide ranking as third within the Linguistics category just after MIT and UCLA, beating all the other UK “competitors”. Well who’d have thought! 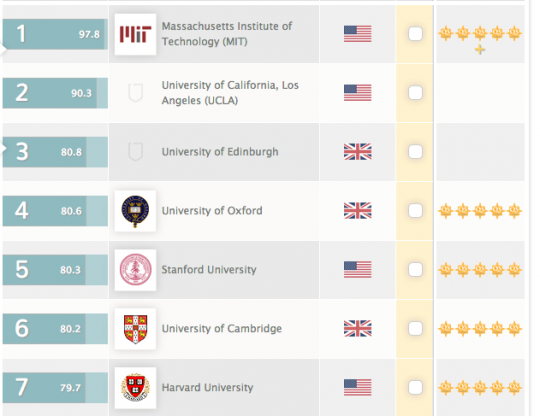 These ratings have ultimately named the University of Edinburgh the best Scottish institution. The charts only feature two other Scottish universities, St. Andrews and Aberdeen, placed fourth in Philosophy and third in Agriculture and Forestry in the UK, respectively. We did come to the right place then!

The 30 listed subjects have near identical survey indices, featuring academic as well as employer reputation, citations per paper and H-index citations. This last index attempts to measure the impact and productivity of the university’s published works by counting their citations in academic papers. Someone must have a REALLY interesting life… 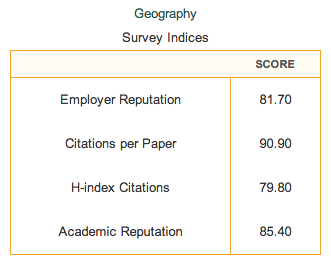 Regardless of the increasingly bipolar results that charts like this tend to present, it’s always lovely to see our University of Edinburgh at the top!