Six Edinburgh students stole a painting to get a coveted internship.

Last week saw six students from Edinburgh take the famous, “Portrait of Cecilia Margaret Kobke” from the Scotland National Gallery in response to the Amsterdam based communications company KesselsKramer promising internships to the students who became most publicly known in 30 hours.

The brief told hopefuls to communicate the word “notoriety” (meaning notorious) and become known for it, adding the encouraging words, “Be reckless, be ambitious and make it heard”. 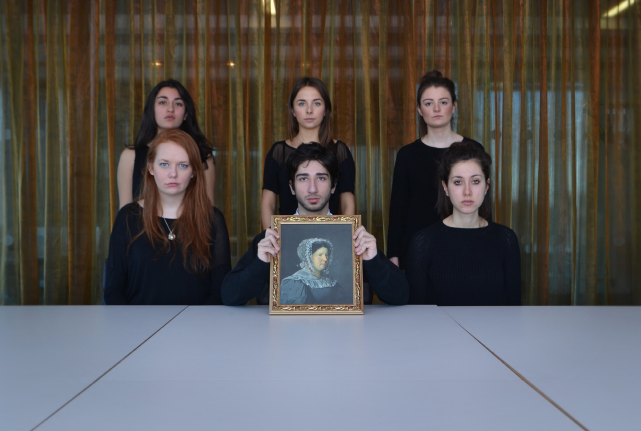 One of the students, Nick Merdasi, spoke to The Tab about the project:

Hi Nick, so why did you decide to steal a painting?

Basically we were given a brief by an ex-student who now works for a very successful agency. We felt that we really had to do something memorable and reckless. I suggested stealing a painting to my group, maybe from a smaller gallery, and to my surprise everyone loved the idea but only if we went all out. So we decided on the Scottish National Gallery.

How much is the painting supposed to cost?

We don’t actually know or care. We’re not trying to sell the thing. On Thursday we spent a while at the gallery, observing the guards and the security cameras. We basically decided on this painting because it was in a good location and because we could get it off the wall in one swift movement… Also the size. We mapped it all out with hope of getting the painting out but to be honest we expected it to be harder.

Have the police contacted you?

Not yet. Some of us have contacted lawyers though.

Has the stolen art been returned yet?

No but it is very VERY safe, like seriously, it’s not under my bed or anything.

Here’s Nick’s footage of the heist: