Like Clicendales, Goldrush and Varsity, the SU elections are a fixed landmark in the Bristol student calendar.

For some, they're the chance to discuss important issues and engage with a disengaged student body. For many, many others they're an irritating two day ritual of harassment in the ASS, furious doorknocking in halls and half forgotten 'friends' sliding into their DMs to request they vote for their best mate.

With voting set to open 9am on Tuesday 13th March, the final list of hopefuls has been published on the SU website. Ahead of Saturday's interviews with each of the candidates, The Tab previewed the six posts up for grabs and details the hot favourites and long shots below…

Which of these candidates will be claiming to represent YOU?

Traditionally the most prestigious of all the SU posts, Union Affairs this year will be contested between two of the biggest beasts in the student politics jungle. In what is being dubbed "The Battle of the BNOCs", incumbent Stan Ford is set to take on Chante Joseph in a clash of the titans that will match the former's high standing in theatre and student society circles against the latter's following amongst liberation groups.

Last year Stan Ford racked up some 1754 votes against current Student Council chair Hari Sood's 1503. He faces a similarly daunting challenge this year against the hotly tipped behemoth that is Chante Joseph. Boasting a populist manifesto that promises "free bus travel to exams and Coombe Dingle" and a microwave in the SU, Stan Ford will need all of his much fabled charm to cling to power. Get the popcorn in because this one's going down to the wire.

Known as the 'Woke' position, various ELA Officers have provided The Tab with a number of stories over the years. This year there are four contenders for the crown: Sally Patterson, Spencer Blackwell, Adeline Nicholas and Mahera Zubair.

Of the four Patterson appears to be the favourite: the incumbent Chair of the Women's Network, she's well positioned to exploit her credentials as head of UBTV and NUS delegate into elected office. There could yet still be an upset however, in this, the most contentious position up for grabs. Blackwell has the longest manifesto, pledging to "to establish an SU Report & Support for hate crimes and sexual assault" whilst Zubair has concentrated on diversity with a "Minority Ambassador Scheme". Nicholas meanwhile has promised a "tiered system for student misconduct with sanctions in student contract" and "awareness campaigns on microaggressions and consent". 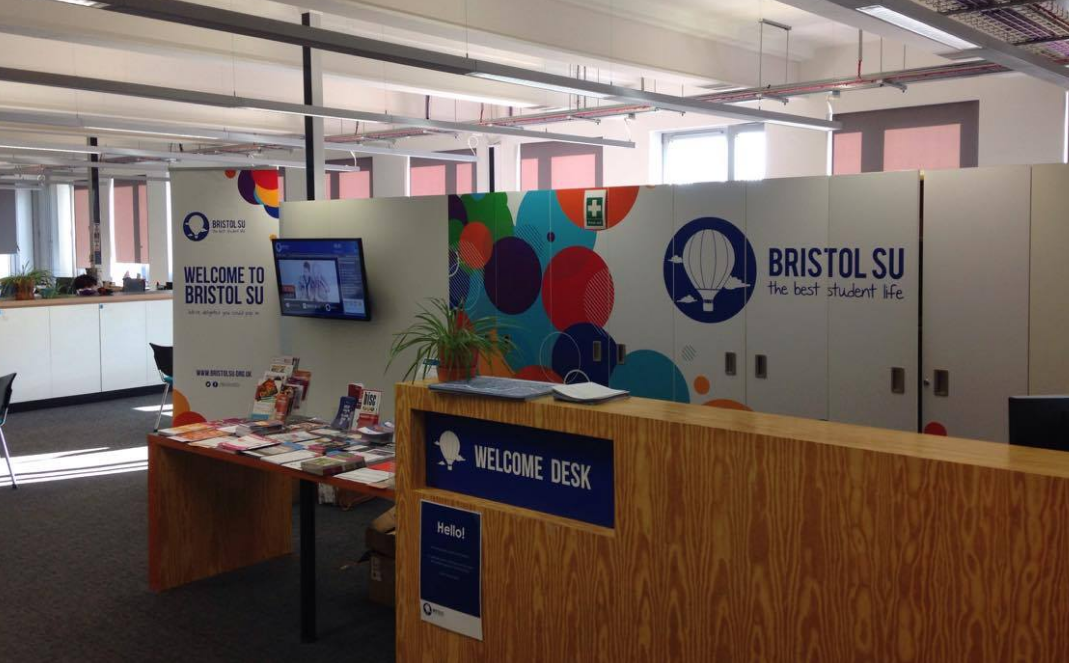 As elected officers, sabbs will have the joy of working in the SU

In another two way contest, the race for UEO will this year be fought between the redoubtable Co-President of the Intersectional Feminist Society Nasra Ayub and the vociferous Dylan Woodward, a serial picketer on the UCU strikes. Kissinger said of academic politics that they were so vicious because so little was at stake- this year's UEO battle looks like it could live up to that maxim as two hardened campaigners slug it out.

This year's firestorm about hall changes hasn't been enough to dissuade two brave/foolhardy candidates from throwing their hats into the ring to be Student Living Officer. Ella Fraser, City Centre Senior Resident and member of the 'Keep Our Communities' campaign will lock horns with Psychologist Vanessa Wilson. Should the KOC machine get behind Fraser it could make the difference; at the moment it's still too close to call. 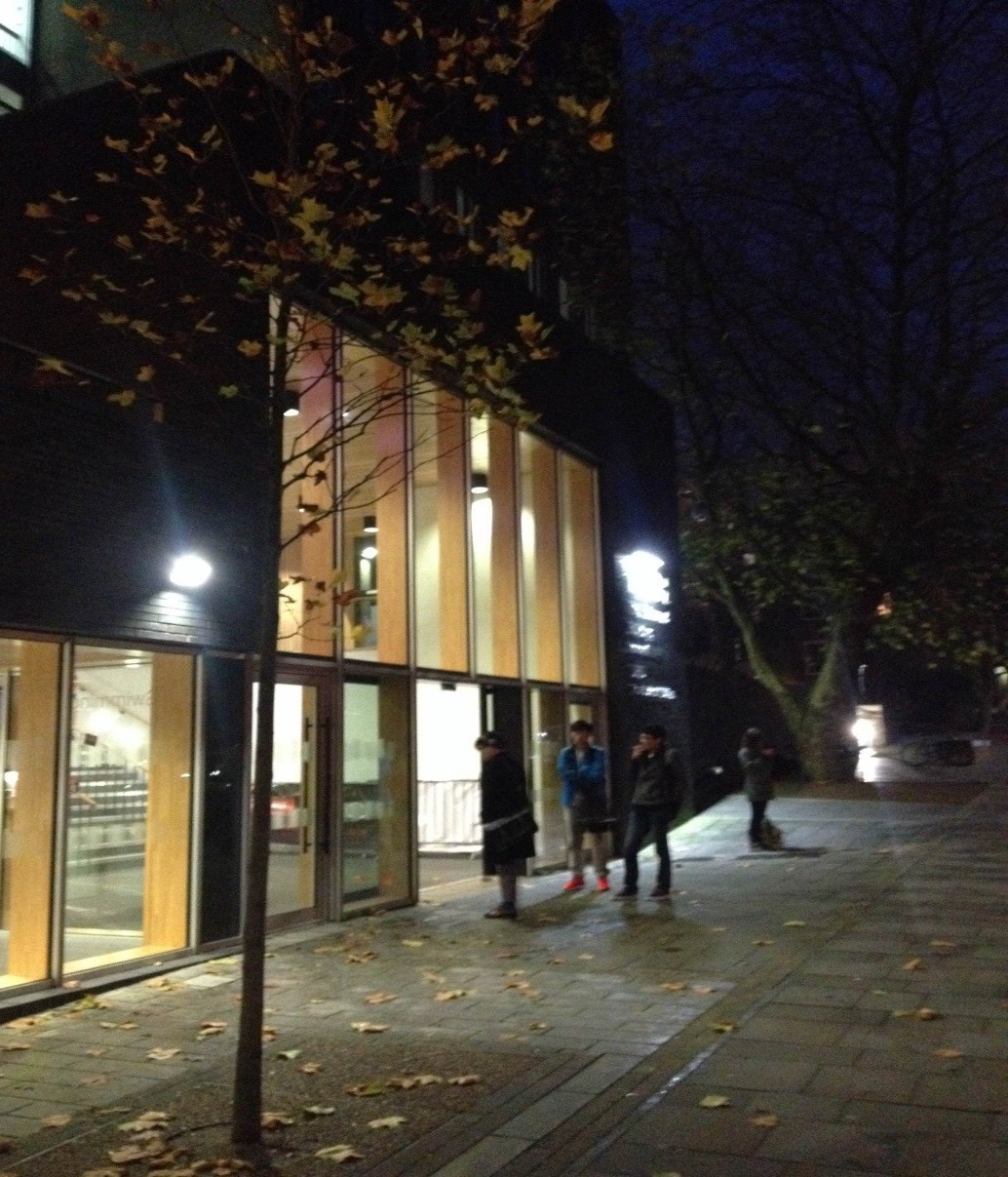 The Richmond Building, home of the SU and its much loved sabbs

With the departure of two time victor John House, two new candidates have stepped into the arena to replace him as Sports Officer. Both are established names in the sporting community: Zoologist Ginny Troughton is a Sports Night regular, former Captain of Women's Rugby and most eligible bachelorette nominee whilst Chemist Isaac Haigh is Vice-President at Bristol RAG and heavily involved in the BeManKind campaign.

In what has unexpectedly proven to be the most popular post this year, six candidates are all running for office in a veritable melting pot of youthful idealism and studied careerism. Incumbent Shubham Singh will be fighting for his job against Shivangi Agrawal, Sadeta Mujkic, Lea Hampton-O'Neil, Connor O'Shea and Denisa Bernardova. Traditionally postgrads have been the most apathetic of all the university constituencies: in a six way race it would be mad to try and make a prediction here.

You can read all the manifestos here. The Tab will be conducting interviews with all candidates on Saturday.

REVEALED: What the Colston statue looks like a year after protesters dumped in harbour

‘Gathering 150 personalised messages was tricky with Covid restrictions, but the overwhelmingly positive response from students was incredibly heart-warming’

Bristol Uni: ‘No student will be disadvantaged’ by exam failure after student protest

This summer’s must have shoe: Why Bristol Uni girls are wearing Crocs

‘My flatmate and I wore them out and we both pulled, I think the Crocs definitely had something to do with it’

All the wellbeing support available to Bristol Uni students

Her lecturers were worried her diss would just be ‘10,000 words of me singing her praises’

Why is Bristol Uni putting out awkward Twitter videos without asking if we’re okay?

‘Why did they not think to tell personal tutors to reach out to their tutees to ask how we are coping?’

Students from Labour, the Conservatives, and the Green Party were running

Fewer grads are able to pay off their student loans

Rewatch Trump: The Rusical or pull my own teeth out? Tough choice

This quiz is everything I wanted

All the Pride events happening around the UK this summer

What’s a summer party without Katie Price and the Vengaboys?

How well do you actually remember Outer Banks? Take this quiz to find out

Season two is coming next month, so you need to be on it

And yes, it is as easy as it looks

Quiz: After 20 seasons, how much of Keeping Up With The Kardashians do you remember?

‘This gave us a near heart attack this morning’

How to use the new viral dynamic photo filter on TikTok, a guide

Which one of you used it on a packet of baccy??💀💀

This is everything you need to know about Irina Shayk, Kanye’s rumoured new girlfriend

They were pictured in France together this week

Hun, you’re going to have to run for your LIFE if he already knows his birth chart